Jun Hwan Cha (KOR) finished 5th at the 2016 Youth Olympic Games in Lillehammer but has since progressed to win the bronze medal at the 2016 ISU Junior Grand Prix of Figure Skating in Marseille. We find out how he feels about possibly becoming the next top skater from Korea. 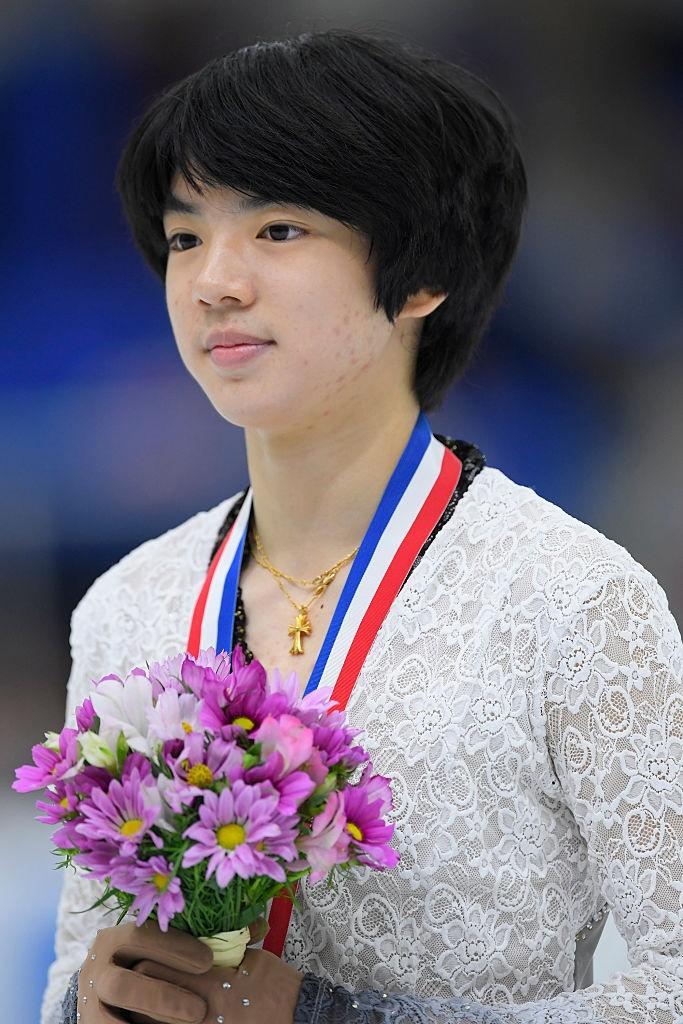 Q: How did you start figure skating?
JHC: I started figure skating, because there was a public ice rink near my home. I had the chance to go there, with my school class. I just went and tried and I liked it. I liked the wind when I was skating. That’s how I started.

Q: When did you realize that skating is something you want to do seriously?
JHC: I don’t really exactly remember it. When I was skating the first time I really liked it. So I went there every day, with my class and by myself. Some coaches saw me, I think and asked, how about starting skating seriously?

Q: What does skating mean for you now?
JHC: I think it is like my job, what I’m doing now. I’m working hard and seriously, it’s my job, and it is a part of my life.

Q: Why did you want to be coached by Brian Orser in Canada? Was it because Yuna Kim trained there and now there is Yuzuru Hanyu?
JHC: When I was thinking about that I really wanted to train with Brian, I didn’t think about Yuzuru and Yuna Kim. I just wanted to find a very good coach for me who gives me power and works with me. I thought Brian could be this coach. That’s why I wanted to go to him and have the chance to train with him. It was just a feeling that he could be the right coach for me. But not only me, also my parents and my agents thought about it.

Q: How did you adapt to life in Canada? There is a different language and a different culture.
JHC: Before moving to Toronto (in 2015), I was already looking for a coach and I went to America, two times. I went to the East-West Ice Palace (in California), where Rafael (Arutunian) is coaching. After a year I went to Brian. And yes, it was very different. In America we used English, so that helped me. When I first came to Toronto, I was thinking what do I have to do? Now I’m skating and skating and it feels better. I miss my home pretty much, but I’m training in Toronto. I can go to Korea only after my season finished, after Junior Worlds or when I have a competition. I kind of miss Korean food. But I like all kind of food, it is not like that I don’t eat this or don’t like that, and my mum cooks for me.

Q: Is your family back in Korea?
JHC: Yes. Only my mom is with me in Toronto. I have an older brother, he is 19 years old. He is studying.

Q: What about school for you?
JHC: I’m studying in Toronto, but not in school. I’m studying at home with books. When I go to Korea, I have to go to school and I’m taking lots of tests. It’s not too bad, though.

Q: Figure skating in Korea obviously is connected with Olympic Champion Yuna Kim. There are some other good skaters as well, but not so many top male skaters. How do you feel about possibly becoming the next top skater from Korea?
JHC: I really don’t think about that, but if I’m working hard and have no injuries and if I’m healthy and if my mental strength is okay, if I try hard, I could maybe become a top skater.

Q: After your success at the junior level, do you get some attention by the media?
JHC: The media slowly gets interested in me. I won two Junior Grand Prix and they started to look at me.

Q: The Olympic Winter Games next year will be in Korea. How much do you want to be there?
JHC: It would be amazing to be there, because it is my country. I feel excited now, but if I get to go there, I think it will me so much more exciting! It’s my country and it’s the Olympics with all the others sports. All athletes want to be there. If I go to the Olympics in Korea, it will be my first Olympics. I would be only in my first senior season and be young. I was just a junior skater, maybe I should think not so much about my scores, place, but about my jumps, my choreography, my elements, feel the audience and enjoy experience with them. 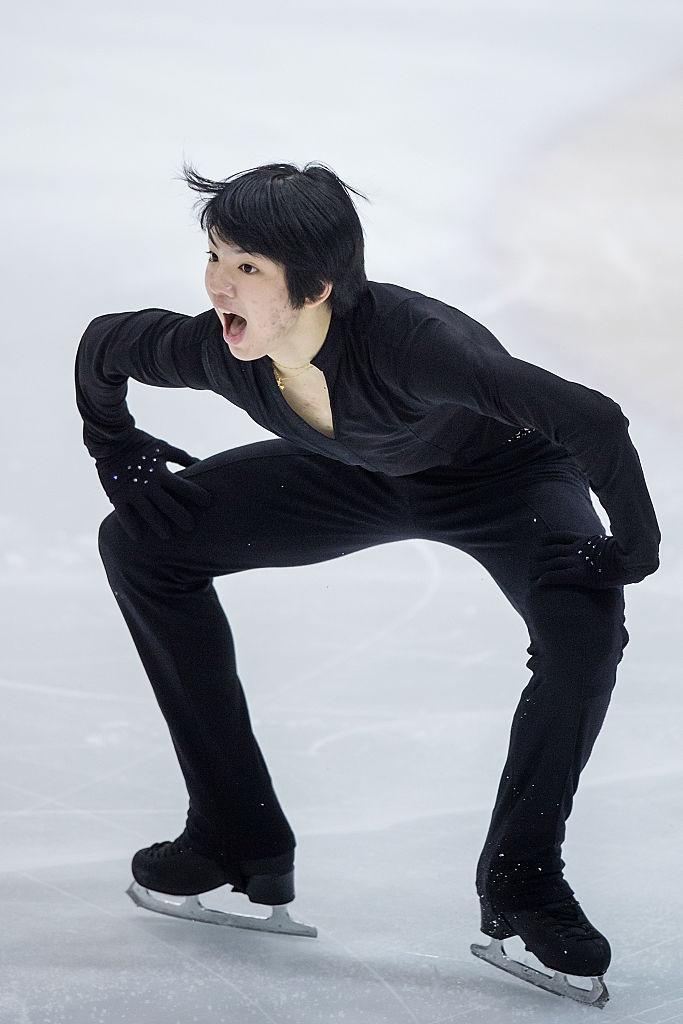 Q: You share practice ice in Toronto with Yuzuru Hanyu and Javier Fernandez. How is it to train with them?
JHC: We train together, but the session is busy. Everybody focuses on themselves. There are eight to ten or twelve skaters on the ice. Sometimes there are also pair skaters, Dylan (Moscovitch) and Liuba (Liubov Ilyushechkina), so we have to watch out. When Yuzu and Javi are jumping, we have to watch out.  When we are jumping, we have to be careful not to kill each other. We have to be careful when training together. When I do my elements, the jumps, I might fall a lot of times, but when Yuzu and Javi are jumping, I’m watching them and I get the feeling for the jumps.

Q: You learned the quad Salchow.
JHC: I learned it this season. I think the Salchow is my favorite jump. I tried other quads, too, but now it is the season and it is important not to get injured.

Q: You won the National senior title in January. What does it mean to you and how motivating is it for you?
JHC: It is a honorable result that I won the national championship as a senior. I am glad that I prepared my programs in the best way and I came out winning the competition. Also, it makes me train harder to keep performing clean programs and motivates me to participate in the senior Grand Prix.

Q: What maybe have you changed or added in your training?
JHC: There have been some slight changes, and you will see at the rink. I hope you will enjoy my skating.

Q: What are your goals for Junior Worlds and how do you want to achieve them?
JHC: I have been preparing very hard for the competition and to be able to perform clean programs and I am still working on it. I wish I can perform as I have prepared, and I believe the podium will give me the answer.

Q: You are coming as the ISU Junior Grand Prix Final bronze medalist into Junior Worlds. How do you deal with your own expectations and the expectations of others?
JHC: Sometimes expectations on me also motivate me and I see that as something good. However, what I expect from myself is the most important to me. Good results in major competitions make me to set the bar higher and I focus to keep positive energy with it. People who are supporting me including (coach) Brian Orser have same approach.

Q: What do you do outside skating?
JHC: When I’m not skating or studying, I like doing nothing, just lying down like that (hits a relaxed pose). I don’t really have a hobby. I’m friends with other skaters at the Cricket Club, Roman Sadovsky, Javi (Fernandez), Yuzu (Hanyu), but we spend time together only at the rink.

Q: Thank you very much and good luck for Junior Worlds!