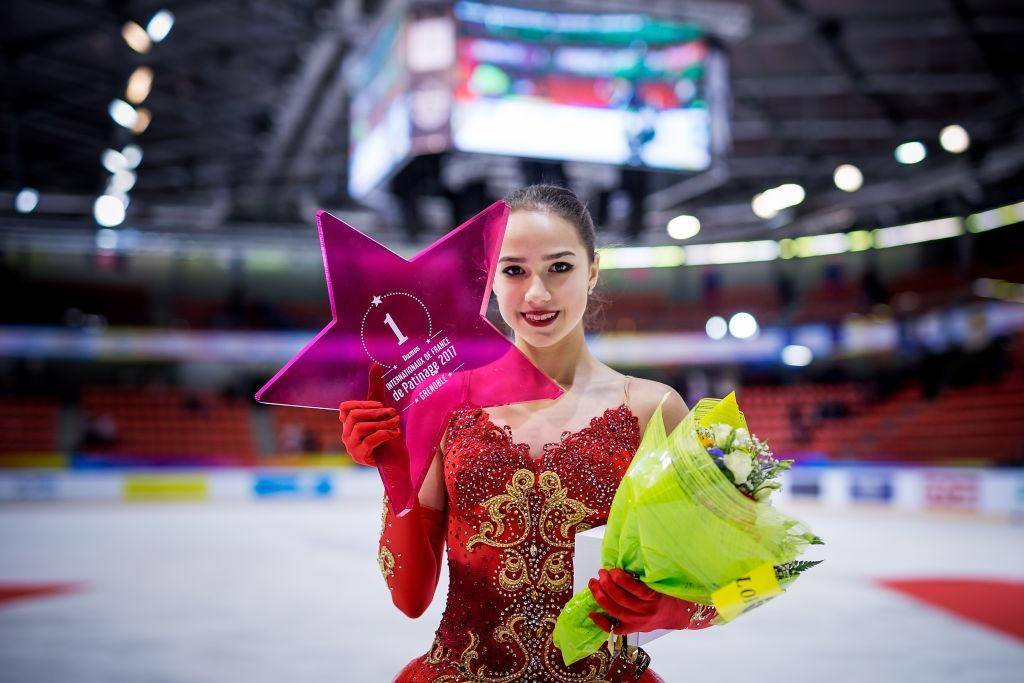 Alina Zagitova (16) starts into the new season as the reigning Olympic Champion. She debuted her new programs in front on an audience at the test skates of the Russian Figure Skating Federation on September 8 and 9.

Q: You are starting this season as the Olympic Champion. How does it feel?

A: I was nervous, but I was able to overcome it in the short program with the help of my coaches and I dealt quite well with it, but there is room for growth. The test skates were my first public performances since the World Championships and therefore it was very difficult for me. However, I am in a fighting mood and I will approach this season as always, trying to skate clean, to show my emotions to the spectators, to interpret the character on the ice and to show more mature skating. 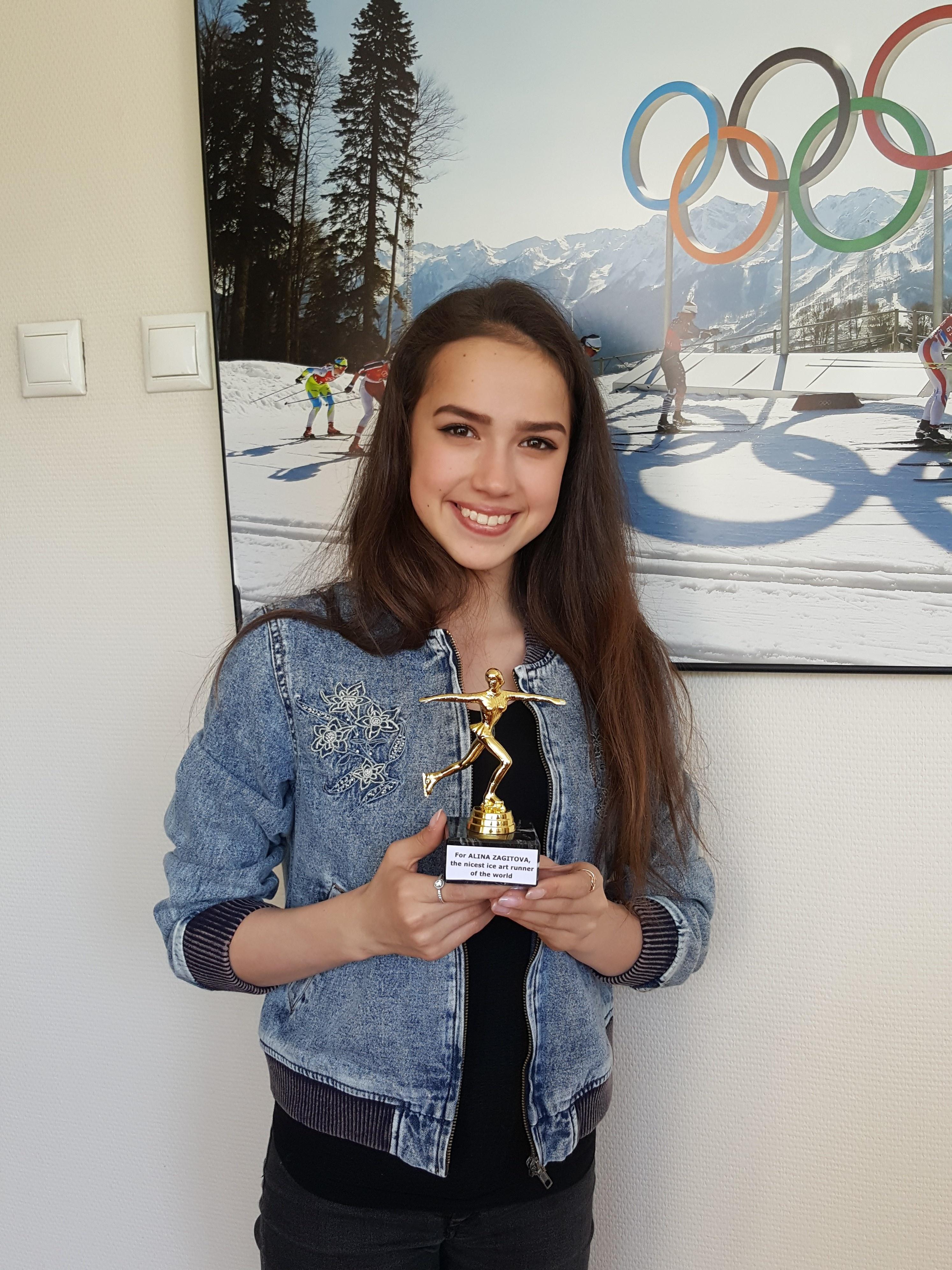 Q: The past season was very successful for you, you won the biggest prize, the Olympic gold medal. How did you motivate yourself for the new season?

A: Well, it wasn’t so successful after all, because I at the end I missed out (at the World Championships). That was also an important competition for me and this failure kind of motivated me probably.

Q: What can you tell us about your new programs?

Q: What does attract you to the character of Carmen?

A: My coaches told me about the character and that I can’t just skate to that, but I have to live it. I watched many performances of Carmen, opera and ballet and our choreographer Liudmila Borisovna Shalashova really helps me to get into the role, she has a lot of experience with ballet and she really teaches me well how to move to interpret that character. 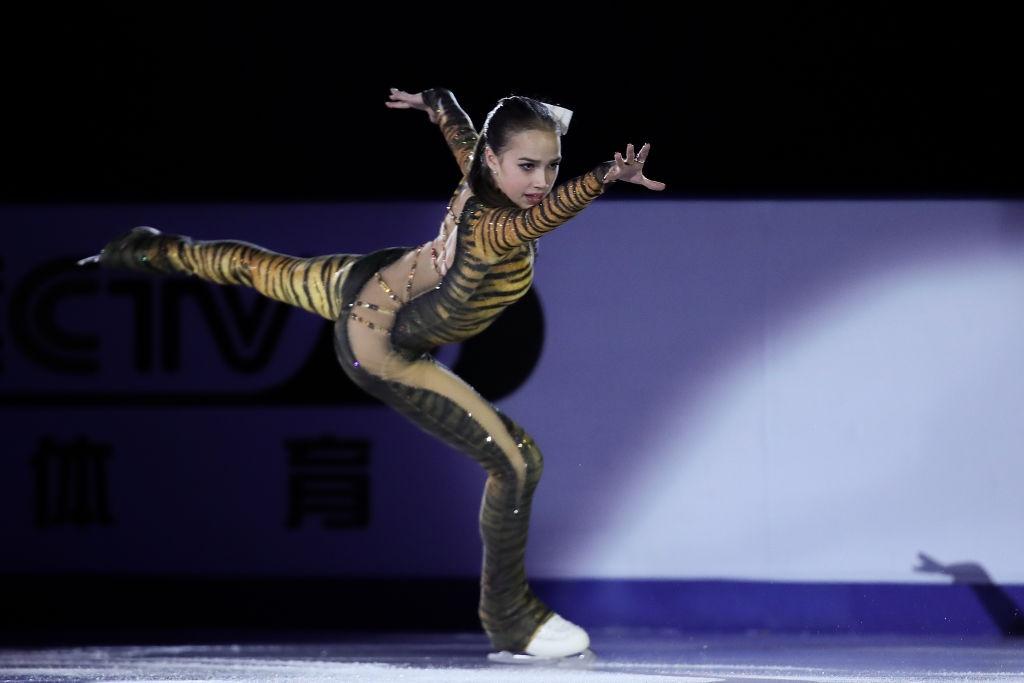 Q: How close do you feel to that character?

A: At first, I didn’t know yet what I will skate to, Eteri Georgievna just told me that it will be very interesting and that this music suits me. That was the only thing I knew. Then I learned that it was Carmen. I wanted to use that music for a long time, already last season, but I was not an experienced and grown up athlete enough for this character. This season my coaches felt that I can interpret this character, because I have grown up. I feel that, too, that I am more grown up. Half a year has passed since the Olympics and a lot has changed. But I don’t want anyone to think that I got bigheaded or got star fever. That didn’t happen. I try to be just calm and a normal person.

Q: What did you think when your coaches suggested the music from Phantom of the Opera?

A: At first I didn’t really understand it fully. It was something completely new for me and far from me. I didn’t feel it, even when the coaches explained it to me and I watched the musical. But the more I am skating to this music, the better I feel it. The music in both programs is very well known and very different from each other. 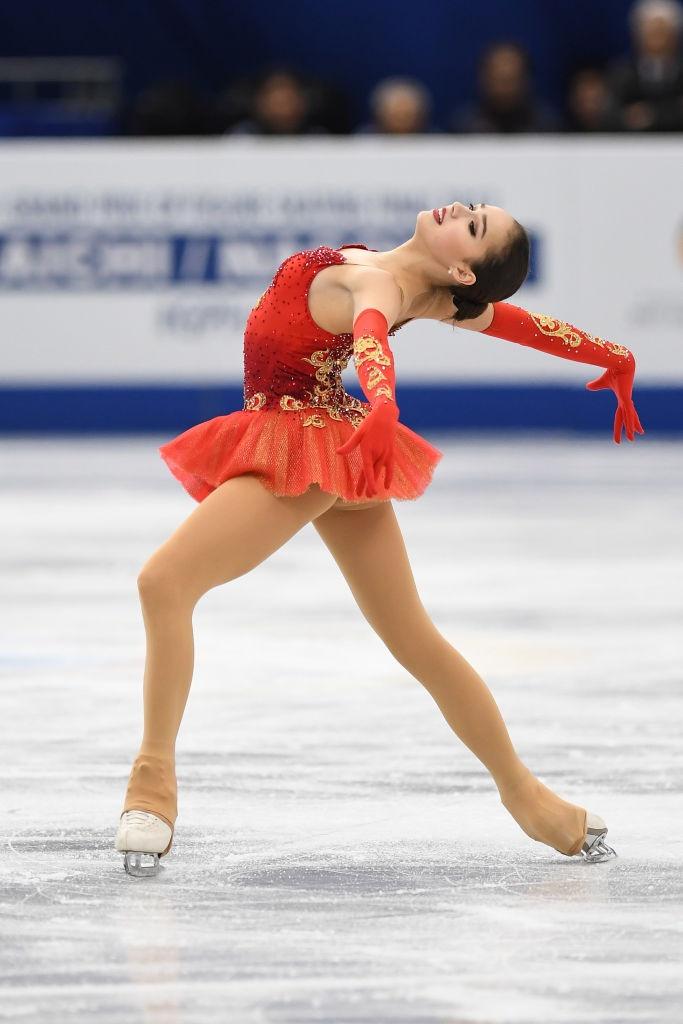 Q: Does it bother you that both pieces have been used many times in skating? Even two Russian men this season are skating to Carmen.

A: We are skating in different disciplines, first of all. Then, each person feels the music in a different way and probably my interpretation is different from what Maxim Kovtun and Mikhail Kolyada are doing.

Q: They can be Don José and Escamillo. Maybe the three of you can do an exhibition program like Katarina Witt did at the time with Brian Boitano and Brian Orser.

A: I was watching Katarina Witt, by the way, how she skated to Carmen and I took something from her. I really enjoyed watching her. 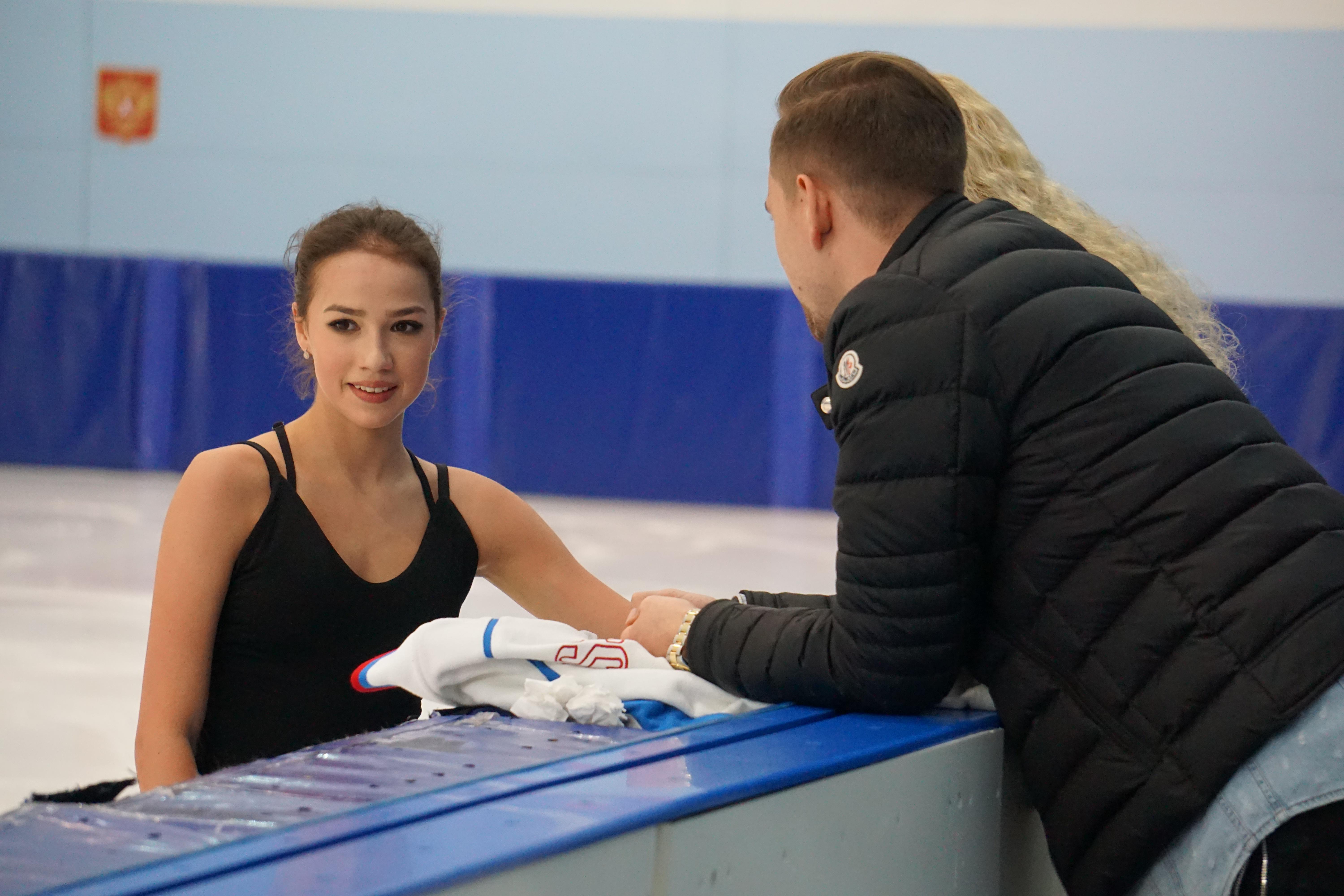 Q: This summer was quite busy, you did not only prepare for the season, but you also went to Japan for a show. How was it?

A: Indeed, it was my first time to be at such a big show in Japan. I was there for a week and it was a new experience for me. I talked to other athletes, they shared their experience with me and that was very important for me. There were also Tessa Virtue and Scott Moir. They’ve gone through several Olympic cycles and they are an example for me now.

Q: What do you think you can learn from them and other experienced skaters?

A: I am trying to look more at myself and to react according to the situation, but I am watching many movies about experienced athletes and try to take something from that. 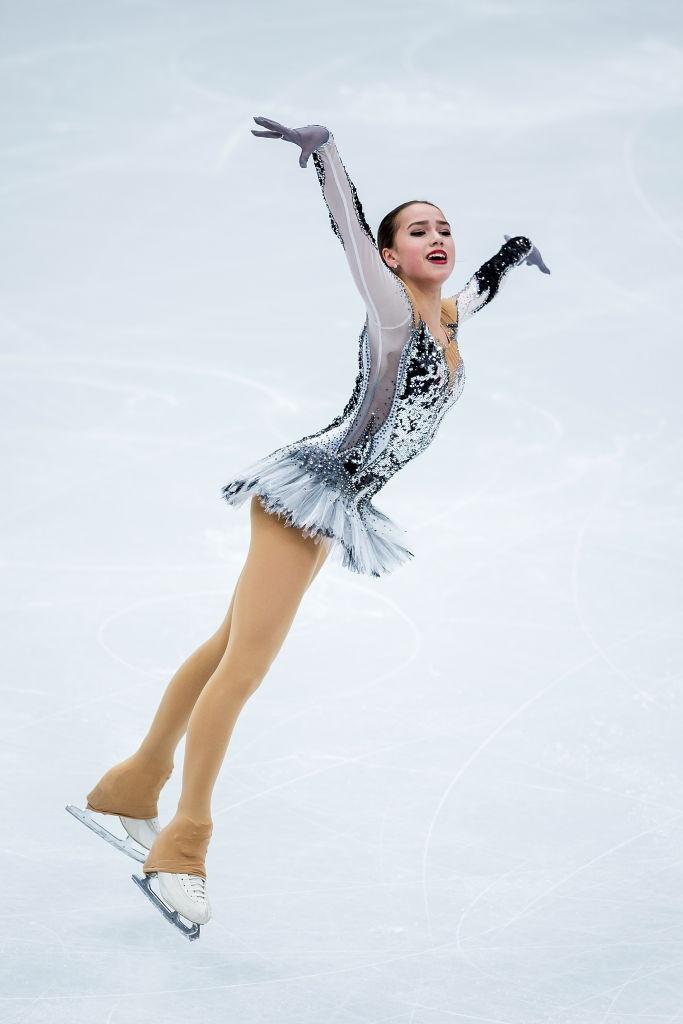 Q: How have you changed since you competed at the Olympic Games?

A: Growing older I start to be more serious, pay more attention to things like food. I notice these situations, in the training process for example. When the coach tells me to do these three jumps, I cannot not do them, because I know myself that I have to do that. I am approaching everything with more responsibility.

Q: How is Masaru, your famous dog that was presented to you by Japan in May?

A: She has really grown. She is now with a dog trainer to learn to listen to commands. She is being trained, sort of like I am trained (laughs) and when I went there I almost didn’t recognize her. It was a happy rendez-vous after being separated for about a month, but we’ll take her home soon. She is very friendly, when people are coming, she is happy and does not gnarl like some other dogs do. She starts to jump up and down. She has some special character traits, though, she is a bit sneaky and has a somewhat difficult character, but I think with time I’ll fix that.

Q: Thank you very much and good luck for the season.

The Workout of a Champion