Jayne Torvill/Christopher Dean. Ice Dance. Bolero. These three terms probably will be connected forever in the world of Figure Skating. The British ice dancers made history with their Bolero Free Dance at the Olympic Winter Games 1984 in Sarajevo (at the time Yugoslavia) and revolutionized the sport.

Jayne, born in 1957, and Chris, born in 1958, took up skating in their hometown of Nottingham, she was eight years old and he was ten. Jayne skated Pairs with her first partner and won the national title while Chris switched to dance early on and had quick success: four years after he had started skating, he already won the British Primary Dance title with his first partner. When Jayne and her Pairs partner split up, she tried to continue in singles. However, on the suggestion of their coach at the time, Torvill and Dean teamed up in 1975. 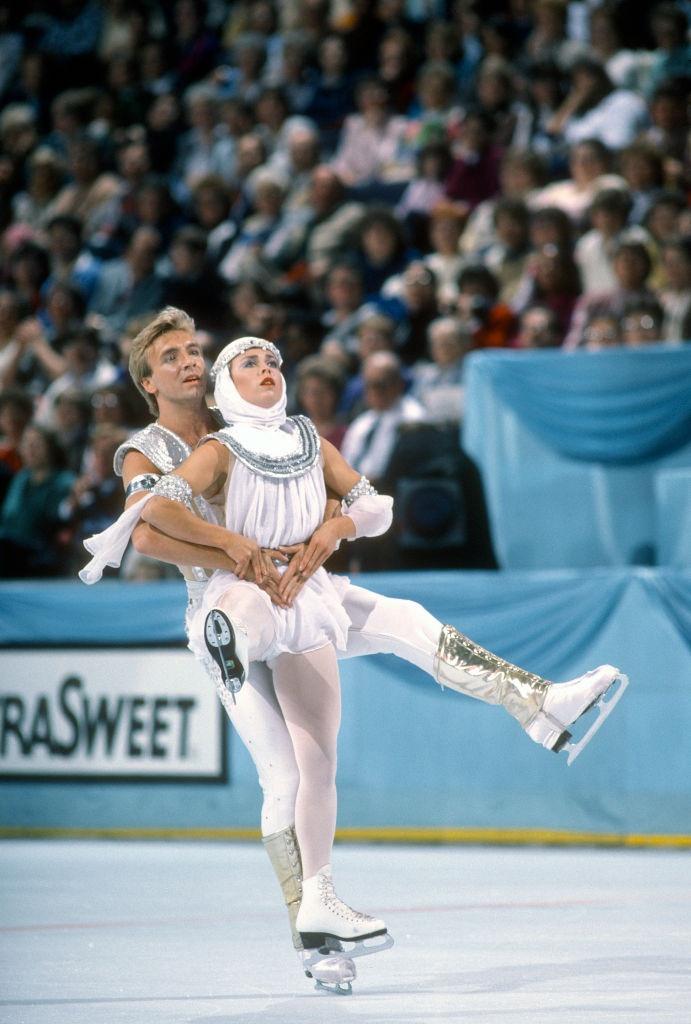 Their career took off quickly and they won their first of seven national titles three years later. Christopher at the time was working as a police officer and Jayne was an insurance clerk and they had to train in their spare time. The team debuted at the ISU European and ISU World Figure Skating Championships in 1978, finishing 9th and 11th respectively. It was just the beginning of a great career and the dancers climbed quickly in the rankings under their coach Betty Callaway that they worked with since 1978. At their first Olympic Winter Games in Lake Placid in 1980, Torvill/Dean finished a respectable fifth. In that season, they both resigned from their jobs to focus fully on skating and their career flourished. In the post-Olympic season 1980/81, Jayne and Chris won their first of four ISU European and four ISU World Figure Skating titles. 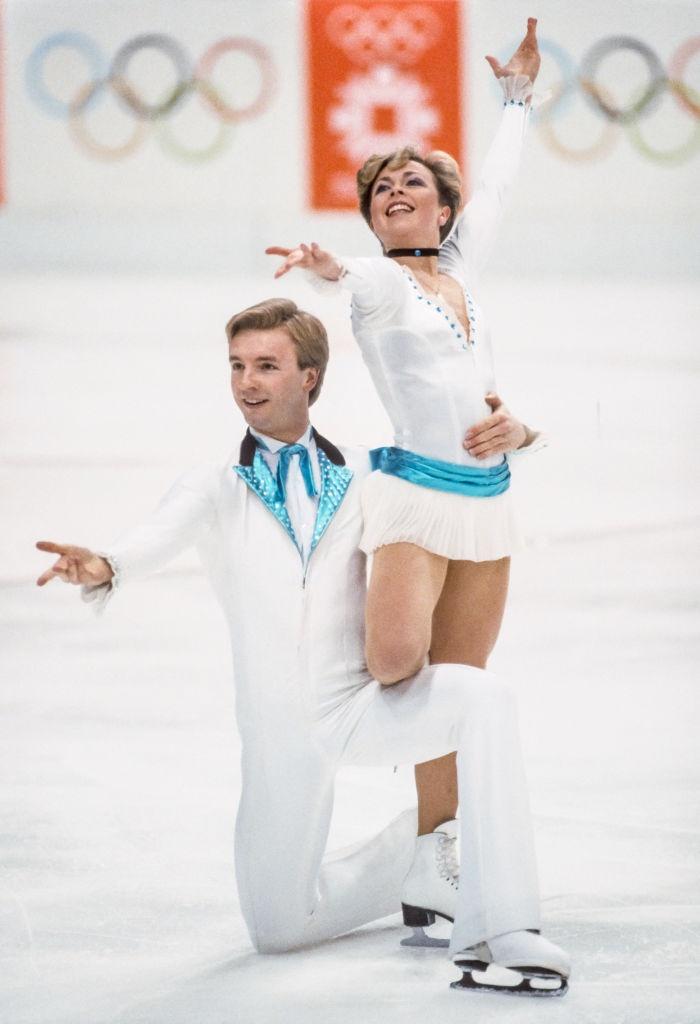 By the time the 1984 Olympic Winter Games came around, the British dancers were the top favorites for Olympic gold. The press made it a question of how well they would win rather than if, as Chris recalled later. They won in a spectacular way. Their “Bolero” Free Dance earned them nine perfect 6.0s for presentation from all judges, an unequalled record in the time of the 6.0 system. This ground-breaking program became famous beyond the skating world and is something people remember until today. 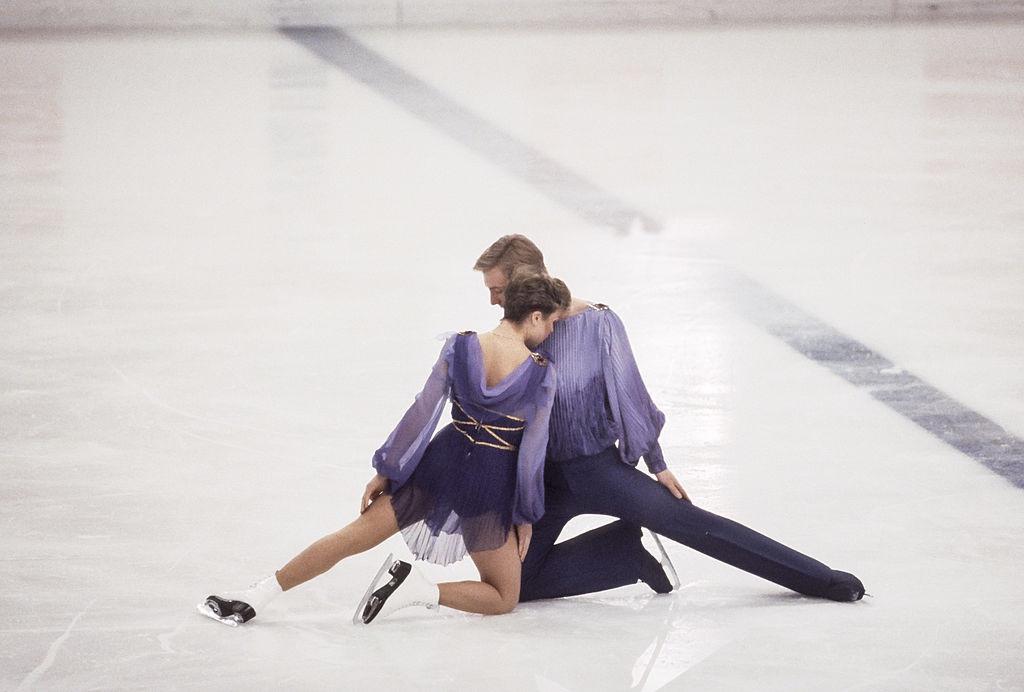 Maurice Ravel’s famous piece is about 15 minutes long and it keeps building and building. Torvill/ Dean had to cut in down to the maximum time of four minutes and ten seconds. The arrangement they used was in fact almost four minutes and 30 second long, but the dancers kneeled on the ice, not skating for 18 seconds at the beginning of the program – that was something nobody had ever done before. The unique choreography and concept of this program made it legendary, but Torvill/Dean also had other great programs that they mostly choreographed themselves with Chris being the mastermind.

“The Bolero was a collective idea, though. We’d been using it as a gentle warm-up and it had permeated into our bodies. Nobody was using classical music back then. By choosing Bolero it felt we were leading with what we wanted to do and not replicating what had been done before,” Dean said in an interview with Radio Times last year. 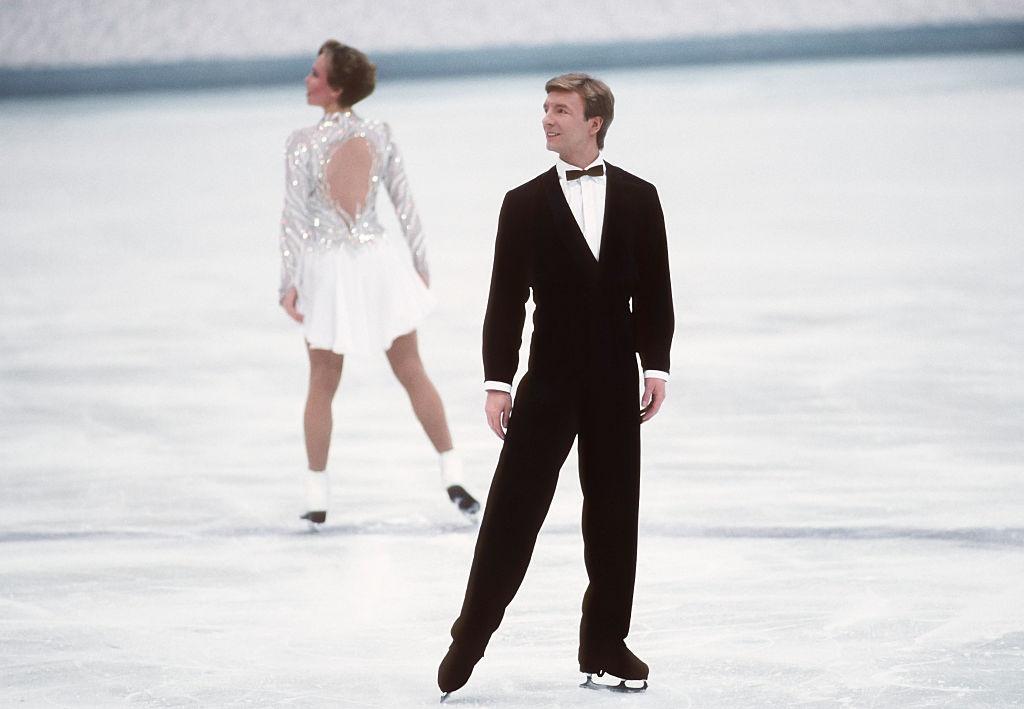 Following their Olympic triumph, the dancers turned professional and performed in tours and shows. However, they decided to come back for the 1994 Olympic Winter Games, ten years after their triumph. The legendary Ice Dancers, meanwhile 36 and 35 years old, claimed gold at the ISU European Figure Skating Championships 1994 and went on to earn the bronze medal at the Olympic Games in Lillehammer. Their spectacular Original Dance “Rhumba d’Amour” was later developed into a Pattern Dance for the International Skating Union (ISU). Torvill/Dean then returned to show skating, but retired in 1998. It would take until 2006, before they performed again together when they were asked to star in the show “Dancing on Ice” in Great Britain. In that show the eternal Bolero dancers also produced a show version of their Olympic program almost every year. Earlier this year they confirmed that they will take part in the show again.

Having a great time with these guys!

Jayne and Chris have choreographed for many other skaters including French dancers Isabelle and Paul Duchesnay and Marina Anissina/Gwendal Peizerat. More recently Dean has choreographed the Free Skating “La Terre vue du Ciel” for Pair Skaters Aljona Savchenko/Bruno Massot (GER), which won them Olympic gold in 2018.

Chris, who was married to Isabelle Duchesnay in the 90s and then to 1990 World Champion Jill Trenary (USA), lives in Colorado Springs (USA) while Jayne, who is married to Phil Christensen since 1990, lives in Sussex (GBR). They both have two children.