There was only one title missing in Hanyu’s illustrious collection: The title as the ISU Four Continents Figure Skating Champion. Yuzuru competed in the event in 2011, 2013 and 2017, finishing second each time. When he came to Seoul (KOR) for the ISU Four Continents Figure Skating Championships 2020 in February, he was determined to finally add this title to his resume. And he did. The Japanese star started his quest with an extraordinary Short Program and set a new highest score of 111.82 points with his interpretation of Frederic Chopin’s “Ballade No. 1 in G Minor”. The Free Skating to “Seimei” was not as perfect, but still strong and Hanyu won the title with almost 22 points to spare.

Yuzuru’s joy and happiness was obvious in the Kiss & Cry when his score came up and also at the victory ceremony where he enjoyed posing for the photographers with his medal and with younger teammate and bronze medalist Yuma Kagiyama as well as with silver medalist Jason Brown (USA) whom he trains with in Toronto. 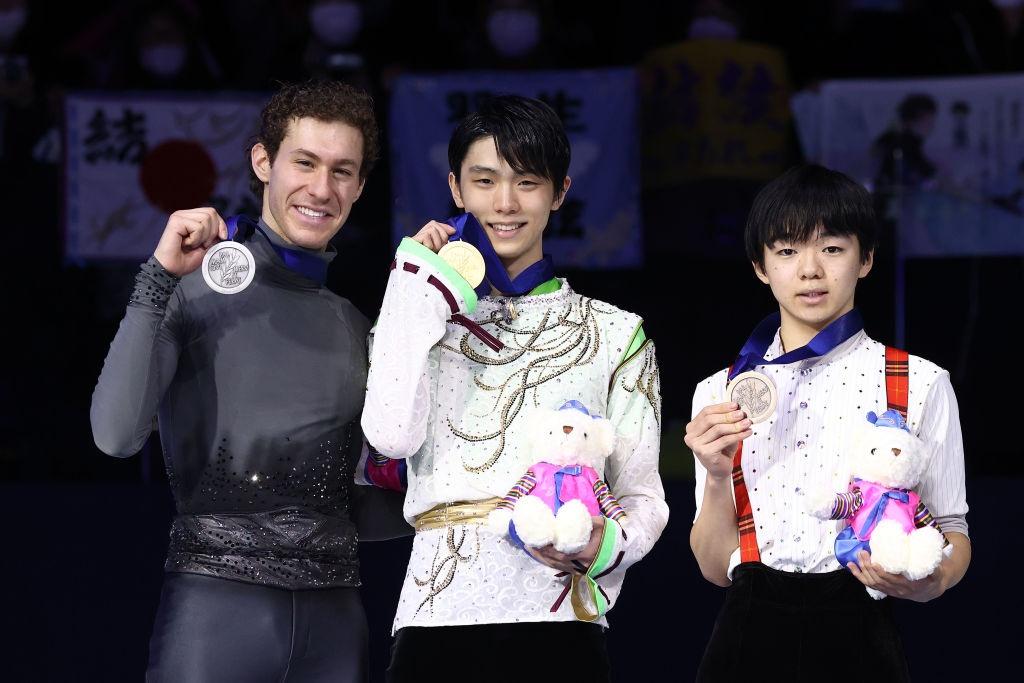 “I’m not able to say I’m happy for my performance today but I really wanted to win here, so actually I’m glad,” Hanyu said at the press conference following the Free Skating at the ISU Four Continents Figure Skating Championships. “I feel a little relaxed or relieved about winning, because Four Continents was one of the first (senior) competitions I participated in but I found it so difficult to win it, so I’m happy to win the title finally.”

“Girl on the Ball” Kamila Valieva (RUS) on a roll