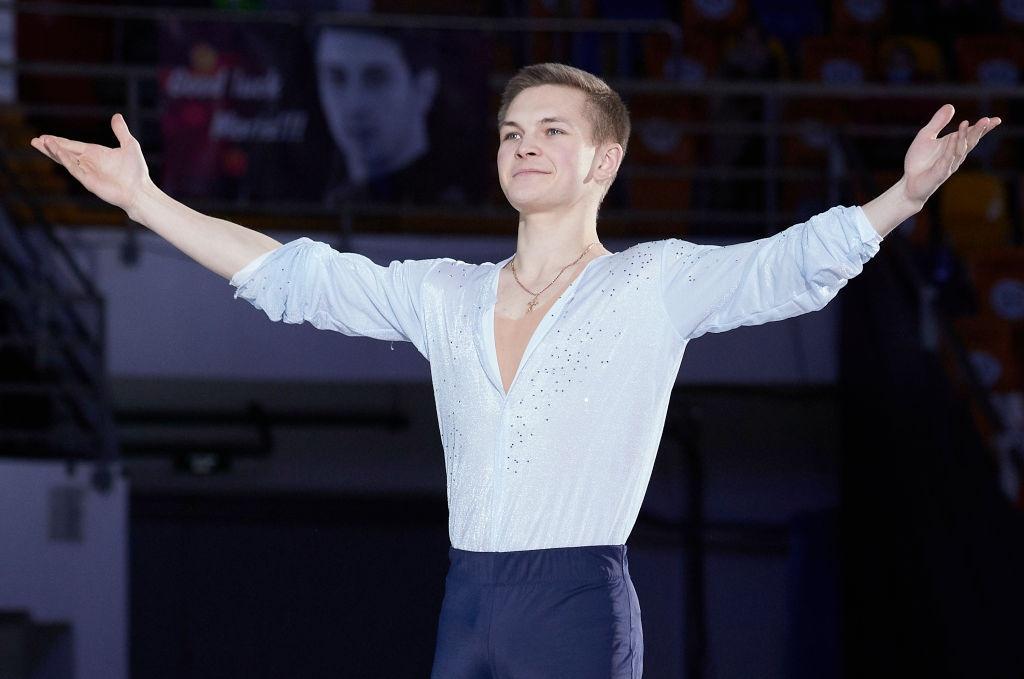 Elite Figure Skaters perform in front of ten thousands of people in arenas and millions of TV viewers. They win medals, they bathe in applause, flowers and toys cover the ice, fans cheer for them, the media covers them. This is one side of the coin. The other side is not as shiny. There is a lot of pressure coming from the public, the national federations, the media, the athletes themselves. There are injuries and illnesses, failures and shattered confidence. There is hate pouring out of the ever-present internet. Russian Figure Skater Mikhail Kolyada has experienced it all – the good, the bad and the ugly sides of being an international top-level athlete.

Kolyada, now 25, has long been considered the most talented and most complete Russian male Skater of his generation, but he rarely realized his potential in competition. Inconsistency held him back, but he also has had his share of health issues that hindered his progress. The Skater from St. Petersburg had to come back more than once and each time he did he was stronger than before. He has developed his strategies to deal with the challenges he faces and to protect his mental health.

After missing the past season due to illness, the 2018 ISU World Figure Skating bronze medalist has turned heads this season with his inspiring performances that had him winning four events already: the national Russian Cup in Sochi, the Ice Star in Minsk (BLR), the ISU Grand Prix of Figure Skating Rostelecom Cup in Moscow and most recently the Russian National Championships.

‘Take these broken wings and learn to fly’ 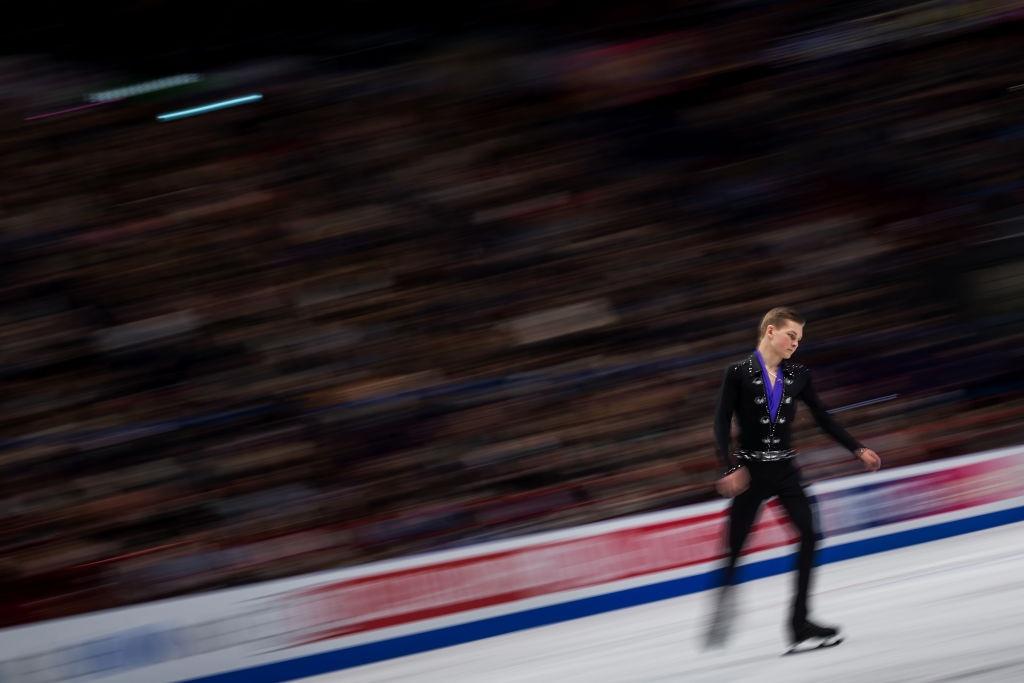 One of the toughest moments in Kolyada’s career was the Short Program at the Olympic team event in PyeongChang 2018, when he performed poorly and a wave of hate and contempt coming from the Russian media and fans hit him. These people did not care that Mikhail did much better in the Free Skating and that even a good Short Program alone would not have changed the result of the team event. Russia came second to Canada. Kolyada bounced back at the ISU World Figure Skating Championships, taking the first medal for a Russian man in seven years. 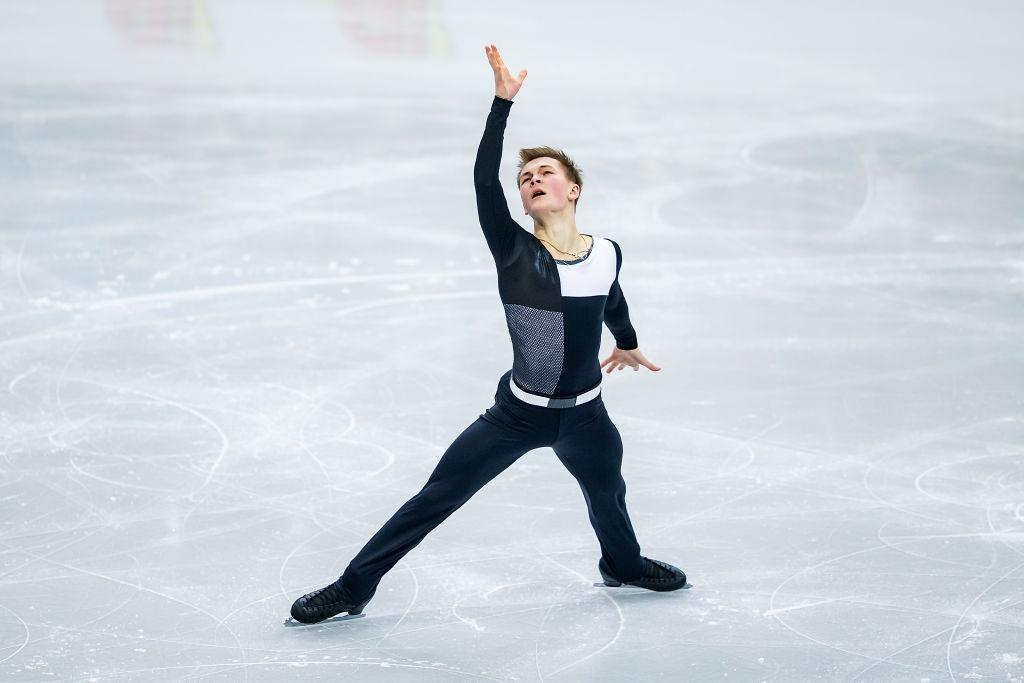 Many people had written Kolyada off again when he struggled in the post-Olympic year as he was fighting a re-occurring sinusitis. But he kept bouncing back, even at 2019 Nationals, where he went more or less straight out of hospital to compete and to come second. However, at the ISU European Figure Skating Championships 2019 in Minsk, Kolyada won the Short Program with a spectacular performance only to drop to fifth after he fell several times in the Free Skating and sprained his wrist. Ironically, he pulled off his best performance of the whole season in the Free Skating at the ISU World Figure Skating Championships 2019 in Saitama (JPN) to place sixth and was the highest ranked European skater.

There was hope the two-time ISU European Figure Skating bronze medalist would continue this positive trend in the 2019/20 season. Instead, he disappeared in the fall. The sinusitis eventually required nose surgery and Kolyada was off the ice for months. Not many believed he’d ever come back. But he did and the one season break from competing might have just been what he needed. “I had some rest, psychologically,” he said. 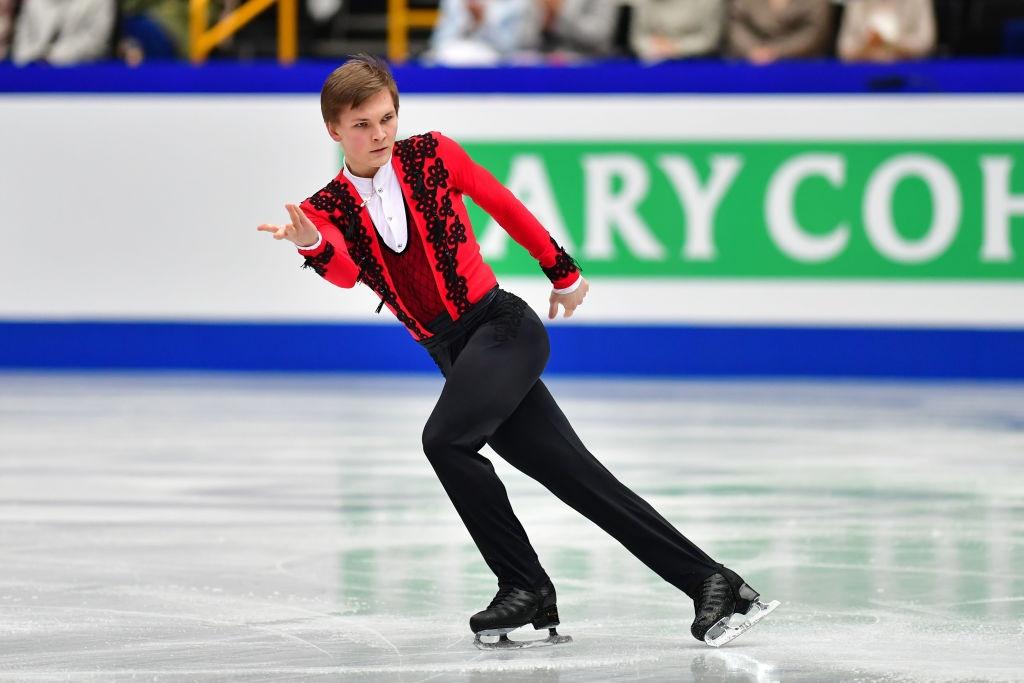 The 2018 Olympic Team silver medalist returned on to the ice in January 2020. “I really needed to want it. I felt a little stale and I had to start somewhere,” Kolyada recalled. “Slowly, I started to come to my senses. At first, it was very tough, everything was hurting, nothing really worked, I was in a bad mood, it all was piling up like a lump.” Then, step by step, his condition improved, the joy of training came back and he was happy to perform in an exhibition gala in his hometown in March 2020, his first public appearance since September 2019. He knew what he was coming back for. “I felt that I had not yet reached my potential.” 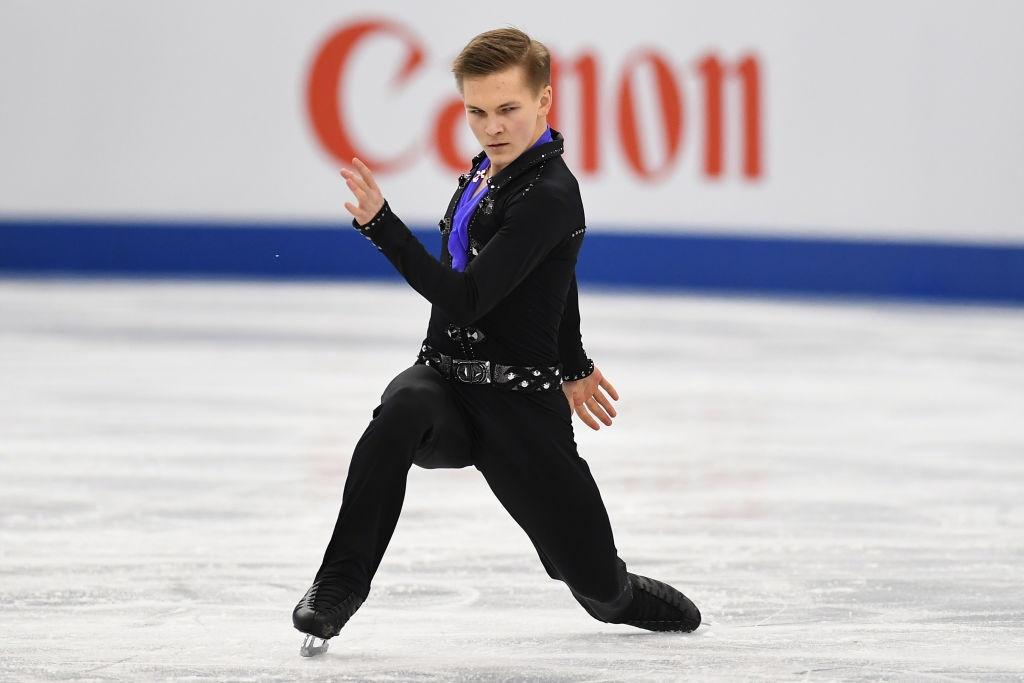 However, when Kolyada started to prepare for the new season, the pandemic hit and Russia went into lockdown. Like Skaters all over the World, Mikhail was confined to his apartment. He kept exercising at home and with his ability to always find something positive he even discovered something new – acroyoga that he was practicing with his wife Daria (Dasha), a former international Pair Skater. “I never thought that this could be so much fun. Dasha helps me to deal with this difficult situation. Together we are never bored, we are not getting fed up with each other, which is surprising for me as I am an introverted person. We do sports, we study, we read books and we watch movies,” Kolyada said at the time about how he deals with the lockdown.

Daria, whom he fell in love with as a teenager and married in July 2019, was already there for him when he struggled with his illness. “Dasha was always by my side, helping with everything, with a word, responding to all requests. I always felt that there was a person I could rely on. Always, no matter what happened. And the very fact that I know I'm not alone is incredibly pleasant.”

The second involuntary time-out during spring gave the Skater time to pause and to think. “In my opinion, everything that affects us directly or indirectly provides a certain experience,” Kolyada said. “Today's situation helps you to understand yourself, and gives you time to answer questions that in ‘normal life’ we don't have time to answer. In a calm setting, you can reflect on how you will continue to work.”

At the end of this process Kolyada took a decisive step and left his coach of 20 years, Valentina Chebotareva, to join the legendary Alexei Mishin. “We had a talk and even before that talk I already gave myself all the answers to all the questions - why am I doing that, what for and how. And when Alexei Nikolaevitch (Mishin) asked me, I convinced myself one more time, said it loud and in my mind it became clear to me - that's it, there is no way back and what would be the sense of changing something if you continue to do what you did for 20 years.” 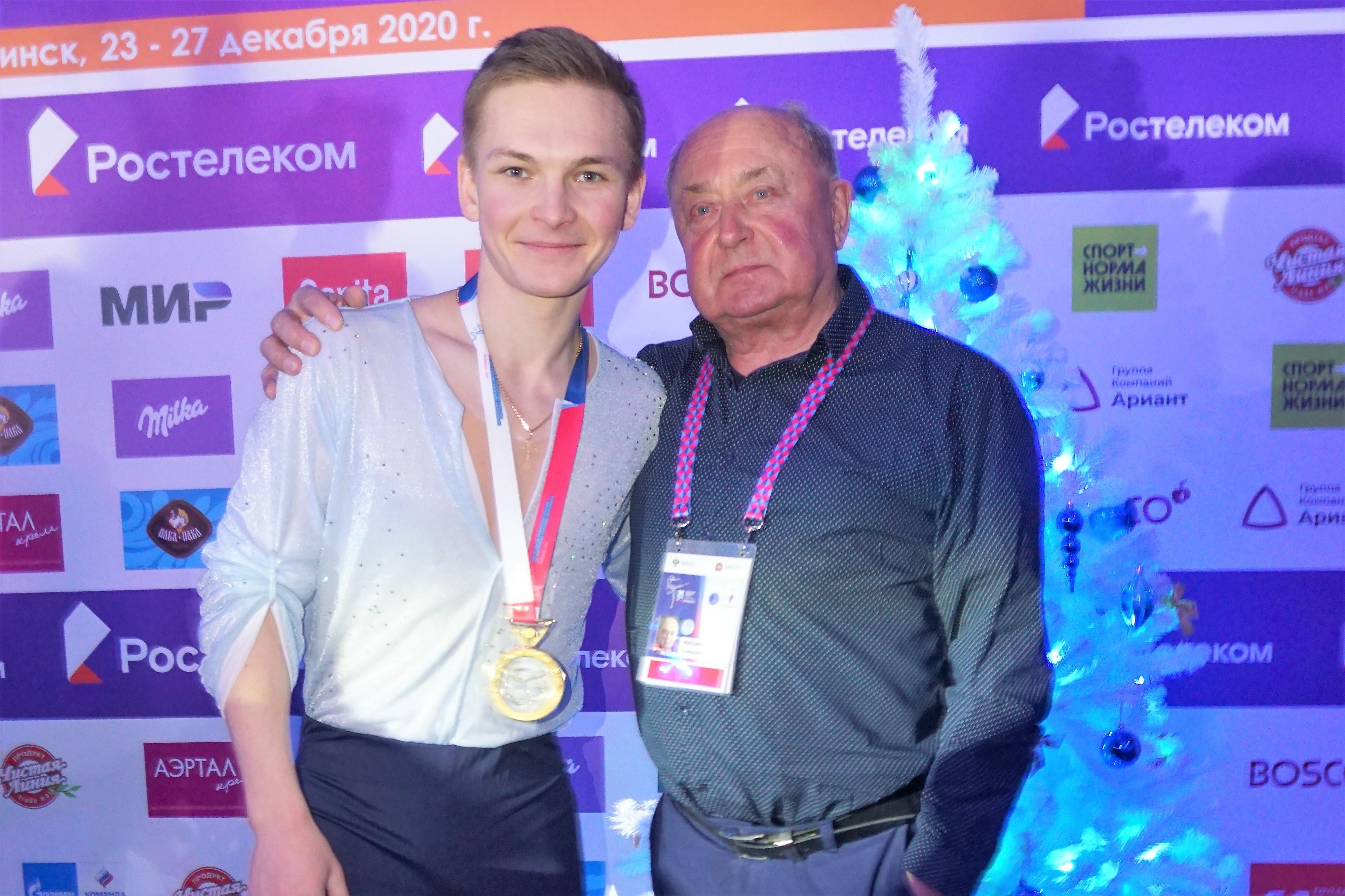 It was Mishin, coach of Olympic, World and European Champions, with his vast experience, who knew what corrections to make to help his new student to get more consistent and to build his confidence. “The opinion exists that all his (Kolyada’s) problems come from psychological instability. However, I want to say that all psychological conditions have a material base. Now I figured it out and I saw my first task in making some corrections to his jumping technique,” Mishin said.

‘All you need is love’ – and trust 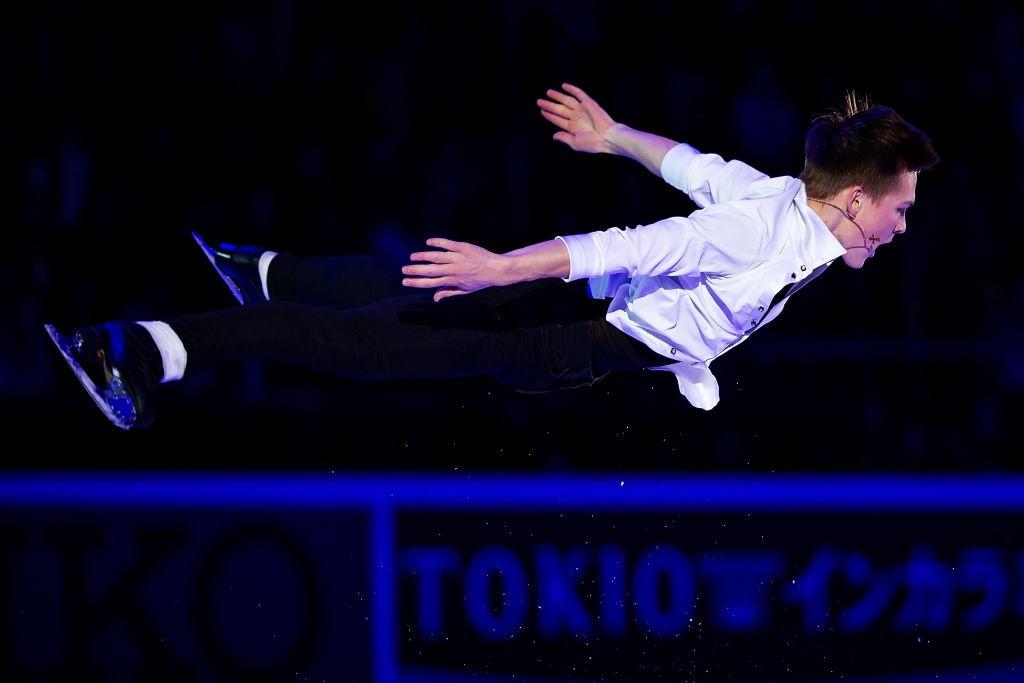 Kolyada trusts his new coach completely. “He is a person with a rich experience in life and in the sport. He has had a lot of these comebacks. Therefore, he knows exactly what to do. I just believe him. Everything that he tells me, I do.”

The now three-time Russian Champion cannot be grateful enough also to his wife, whose support and help cannot be underestimated. He gives her full credit for his success. “99 percent! One percent I kind of tried to pull out. Seriously! In general, when she is at my side, I somehow feel in a special way. No matter where we are, I feel that I am at home and everything is going well,” he shared. 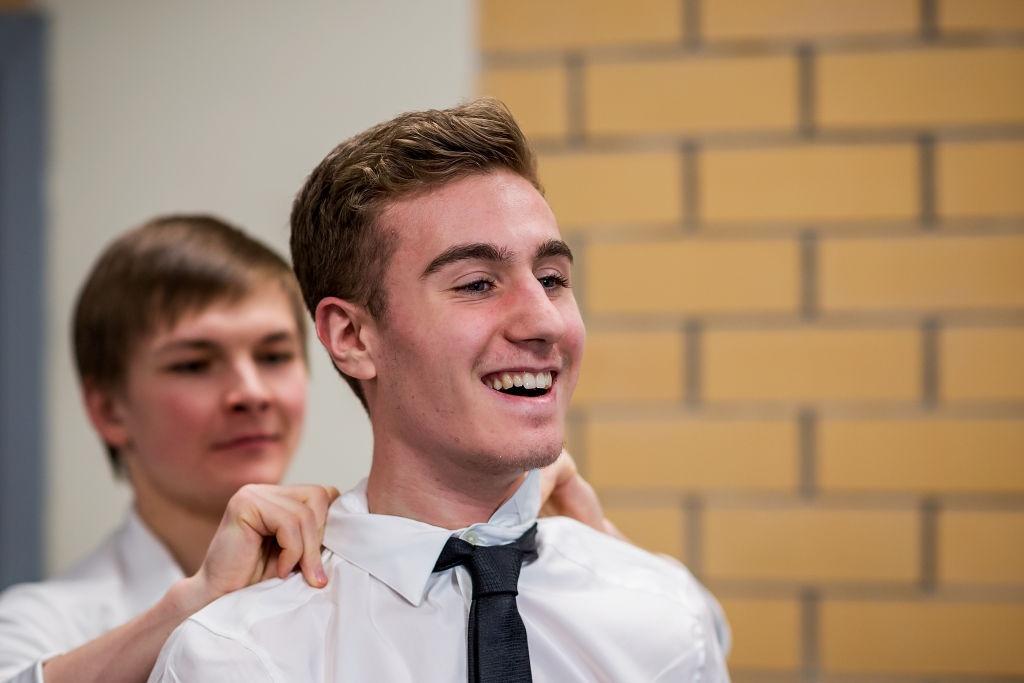 Kolyada has found the key for himself that he needs to deal with the challenges and to stay healthy not only physically, but also mentally. “I think the most important thing is the support of your close ones, of the coach,” he pointed out. “All this poison from the internet you can avoid basically, just switch off the internet. However, since we are so dependent on telephones and computers, it is practically impossible, but you need to minimize it at least. And when they asked me (at the press conference at Nationals) why I haven't you posted anything since over a year ago, it is because I really don't have time, but also because I understand that I have to take care of my psyche.”