A Week in the Life of Valtter Virtanen (FIN), competitive Figure Skater and medical doctor

A high-level skater is a busy person between training on and off the ice, camps, competitions and other activities. A medical doctor, working in the emergency room of a hospital is a busy person, dealing with patients in sometimes extreme situations. How busy is someone, who is both?

Valtter Virtanen can tell you. The five-time National Champion of Finland not only competes at the international level in Figure Skating but is also a medical doctor. Valtter, 33, looks back at a long career that started when he followed his older sister into the sport of Figure Skating. “I just learned a bit more than skating forward and backward,” he said with a smile. He tried other sports such as tennis, cross country skiing and athletics, but in the end he stuck with Figure Fkating. “I think I wasn’t that bad and there were a lot of challenges. For some other sports such as cross country skiing I was too small and not powerful enough. I realized that I was well suited for Figure Skating and I wanted to be good in what I was doing,” he recalled. 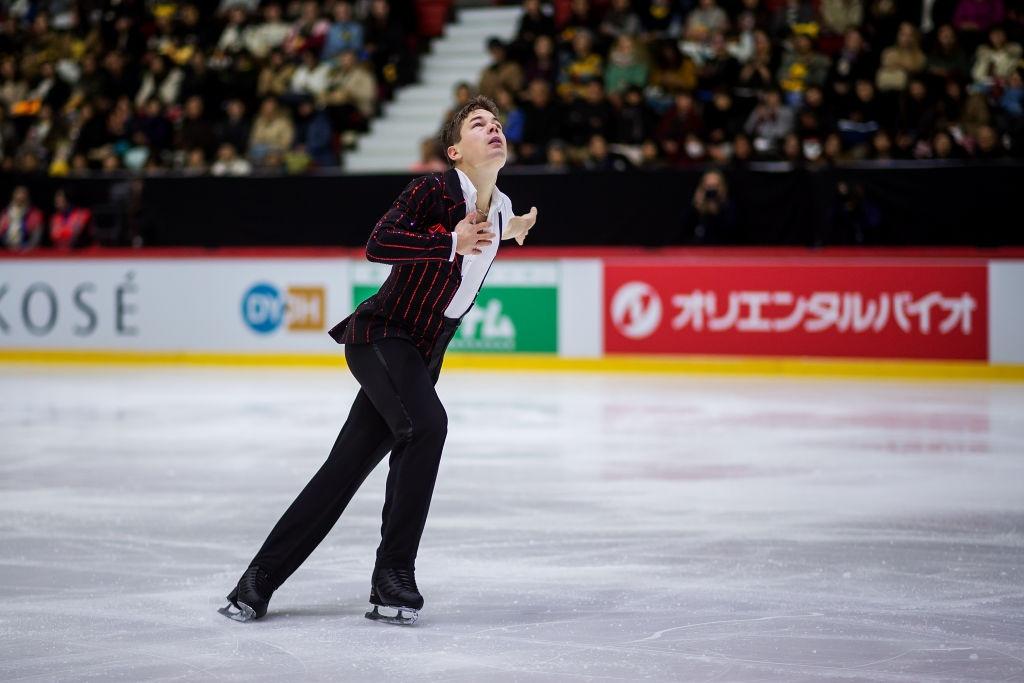 “Usually, it takes six years (to graduate). I needed seven and a half, which is not that bad. The first three years were the hardest ones. I was studying with all the others and I did not have much time for training,” Valtter shared. He had mostly only time for one session a day. After the third year of studies, in 2012, he moved from Finland to Oberstdorf, Germany, for training. “I did the fourth year (of studies) in three years in Munich, as a guest student and I did the fifth year in Munich as well. But I had the problem to go from Oberstdorf to Munich.” It took him two and a half hours one way to go to Munich by train. So he went there for lessons, came back and went onto the ice. “The good thing is that you can train in Oberstdorf basically at any time. That made the difference. Even though commuting cost me a lot of time, I still was able to train.”

Virtanen did some of his internships in the hospital in Oberstdorf – where he later also worked as a doctor – and some in Finland. He wrote his doctoral thesis on Hirschsprung’s Disease and graduated in 2015 as a medical doctor.

Currently, Virtanen, who got married to former German competitive skater Alina Mayer in 2016, is based in Finland and works in a hospital. “Now we are in an extraordinary situation,” he said, referring to the Covid-19 pandemic. “Last season, I was usually two weeks in Finland and worked for 40 or 50 hours and then did competitions. It was pretty tough, but I was able to motivate myself when and where I was working. In the emergency room we have a system where we can book our shifts online. There are no regular shifts, there are only emergency shifts. You don’t have to be there every day, because the patients change every day. I also worked in other places where needed. For me it was important to earn enough money so I can still afford to skate.”

Last fall, when preparing for Nebelhorn Trophy, Valtter worked only 20 hours in the week before the event and was able to train for two hours on the ice. His wife is coaching him when he is in Finland, and when he is in Oberstdorf, he works with Michael Huth with whom he always remains in touch. Being coached by his wife works well for Virtanen. “We had clear rules from the beginning, also when she was still skating herself. At the rink we were skaters and forgot about the private things. We’ve managed that quite well until now.” 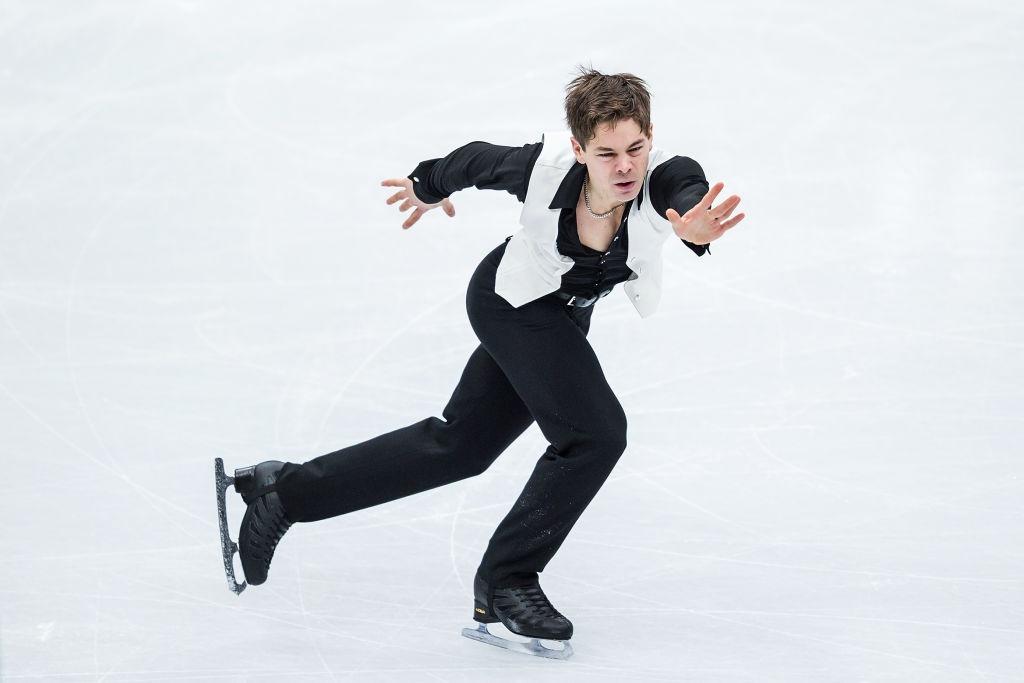 The pandemic changed Virtanen’s life between working and training in Finland, training in Germany and competing around the world. “I have so much energy and I feel stronger than before,” he noted. “I think you forget how much this hectic life and stress cost you. You need maybe to learn from that. Last season, I had 35 or 36 flights and it wouldn’t be so bad if the airport was close. But in Finland I need three hours by car to get to the airport and it is the same in Oberstdorf. You’re basically on the road the whole day. So it actually wasn’t a surprise that I felt better and I was better in training, too. Last season, it was more like just surviving. I tried to push through and to keep my level, but I was not able to develop further.” 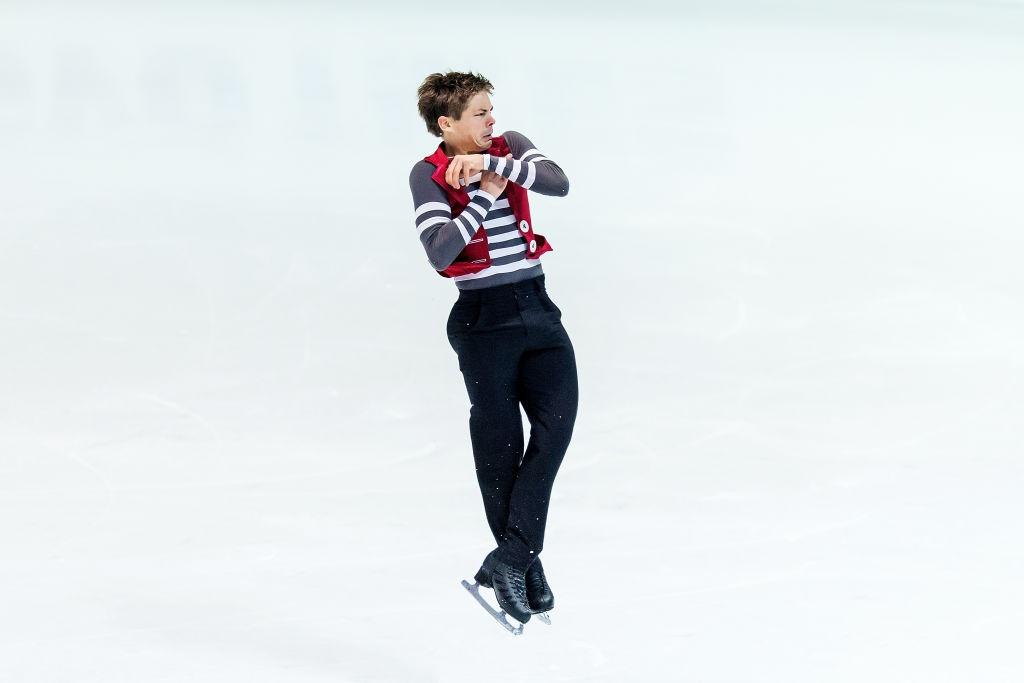 Virtanen is still motivated to compete in Figure Skating while working as a medical doctor. “A lot of people have asked me about that and I believe there are several answers. Obviously, there is a goal like the Olympic Games that motivates me in the background. You need to have goals. Other than that I achieved everything in my career that I had wished and hoped for. But skating is a big part of my life. I just enjoy it. And I really realized that when I was done with studying and when I did not have to work so much, I am now having the best time in my whole skating career. I don’t have to work so much and I still can finance my family and myself. I have a house in Finland and our princess was born on January 5. Life is beautiful now and I can enjoy it. I have worked so hard in the past ten years to get to this point.”

Interestingly, Virtanen thinks that his skating experience helps him in his work as a medical doctor – not vice versa. “Obviously, you have some basic (medical) knowledge, but it is always difficult when it concerns yourself. At this level, you feel something every week and you cannot run to the MRI every week to see what is there. Once I ruptured the Syndesmosis ligament on a triple Axel. I knew right away that was it and I knew before the MRI what had happened. But in general being a doctor doesn’t help me (in skating).” 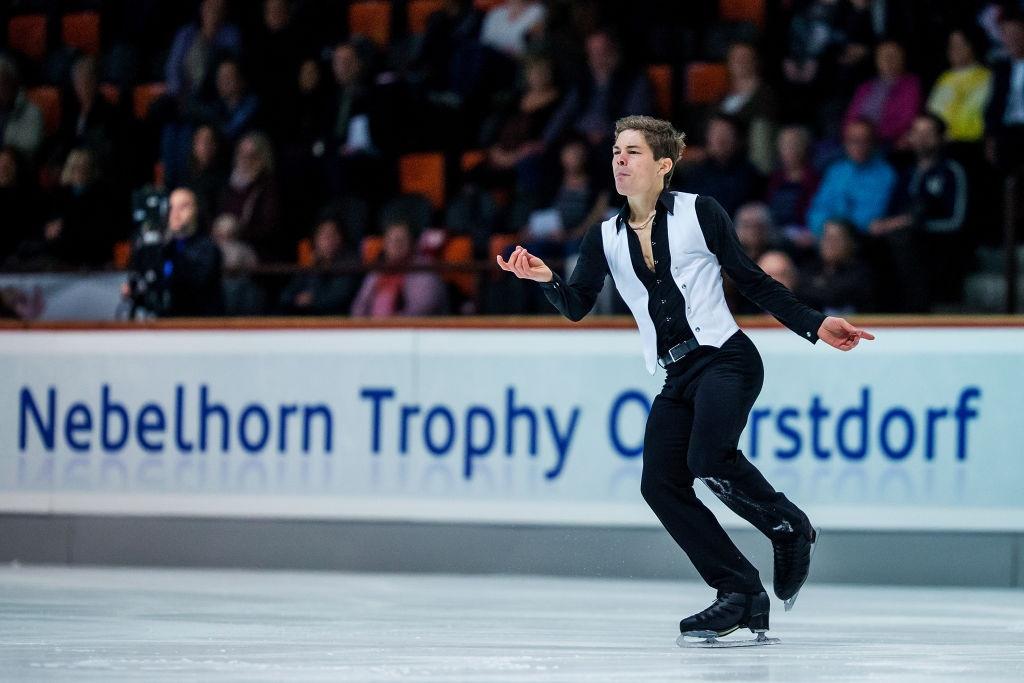 Other skaters are surprised when they hear Valtter’s story and they are full of respect. “At almost each competition the others are asking me about that. Who didn’t know it yet, admires it. Those, who know me very well, sometimes think that I am crazy. It is a fun topic,” he said with a laugh.

Once he’ll stop competing, Virtanen still wants to be connected to Figure Skating. “My wife is a skating coach. She graduated with a master degree in psychology, but she wants to work as a coach. I think there is also a high risk that our daughter will skate. And I will stay involved, of course. Maybe I can support my wife as a coach. I’d like to pass on my experience to kids.”