When Victoria Sinitsina and Nikita Katsalapov stood on top of the podium at the ISU World Figure Skating Championships 2021 in Stockholm (SWE) they continued a long tradition of Russian Ice Dance. Soviet and then Russian athletes had dominated the discipline for decades, collecting 29 World titles and a total of 62 medals since the introduction of Ice Dance at the ISU World Figure Skating Championships in 1952. However, their dominance faded with the development of Ice Dance in other countries and the last victory of Russian dancers dates back to 2009 when Oksana Domnina/ Maxim Shabalin claimed the title.

For Sinitsina/Katsalapov winning gold in Stockholm was a moment of personal triumph, of overcoming a challenging season, injuries and illness. After teaming up seven years ago, they had made it to the very top, but it did not look like this was possible as this unusual season progressed. “At the beginning of the season, I could not even imagine that we would be here, in this position,” Nikita shared. “We didn’t even know if the World Championships are going to happen and if they are, if we are going to be there. We just wanted to get somehow in shape, try to return to our old program and so on. But everything worked out and surpassed our expectations,” the 29-year-old continued. “I personally wanted to give all I have and work, work, work towards the World Championship, no matter if there were some little injuries or anything else,” Victoria, who will turn 26 this Thursday, added.

The dancers had missed the traditional Russian test skates last September as Sinitsina was bothered by a knee injury. “Even before the competitive season started I had a severe problem. Unfortunately, I was unable to combine preparing for the competitions and treatment,” she recalled. “I pulled myself together to be able to compete, but it didn’t work out, because it was very painful. I could not bear the pain, even though I am a very patient person.”

Sinitsina/Katsalapov tried to skate at an event of the national Russian Cup series, but had to withdraw during the Free Dance as the pain Victoria’s knee was too strong. After that she took care of her knee, had physiotherapy every day. The 2020 ISU European Champions competed at the ISU Grand Prix Rostelecom Cup in November and debuted a new Free Dance to Michael Jackson songs. They won the event and it looked like they were back on track when bad luck struck again: Both caught Covid-19 and missed Russian Nationals in December. 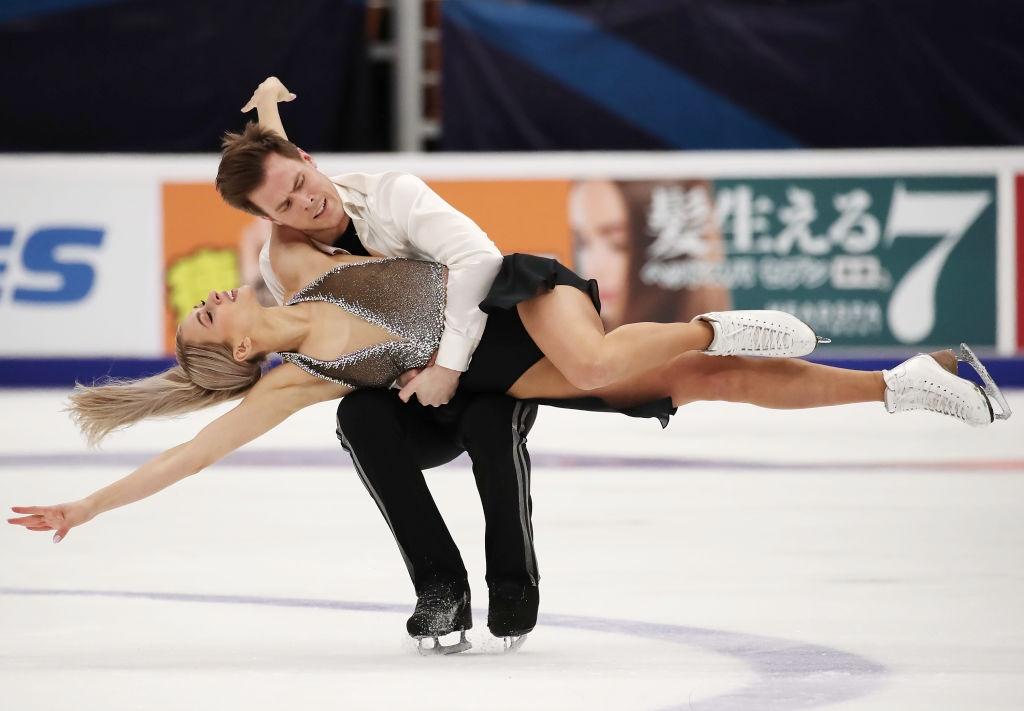 While Katsalapov recovered quickly, his partner fell seriously sick and even ended up in hospital. “I felt really bad and I had very high temperature,” Victoria recalled. “I thought I can just rest at home, but at one point I called Nikita and Sasha (Alexander Zhulin, coach) and told them that I feel very bad. They told me to call an ambulance. It was scary, because I am living alone and I realized that I don’t have any control and I am alone and nobody can help me. Therefore, I decided to go to the hospital.”

Sinitsina spent six days in hospital and after that was at home for another two weeks recovering from the illness. When she came back to training, she suffered from dizziness for a while. “When I was spinning, my eyes would start to go black and my legs would buckle. That lasted for about two, three weeks,” she said. 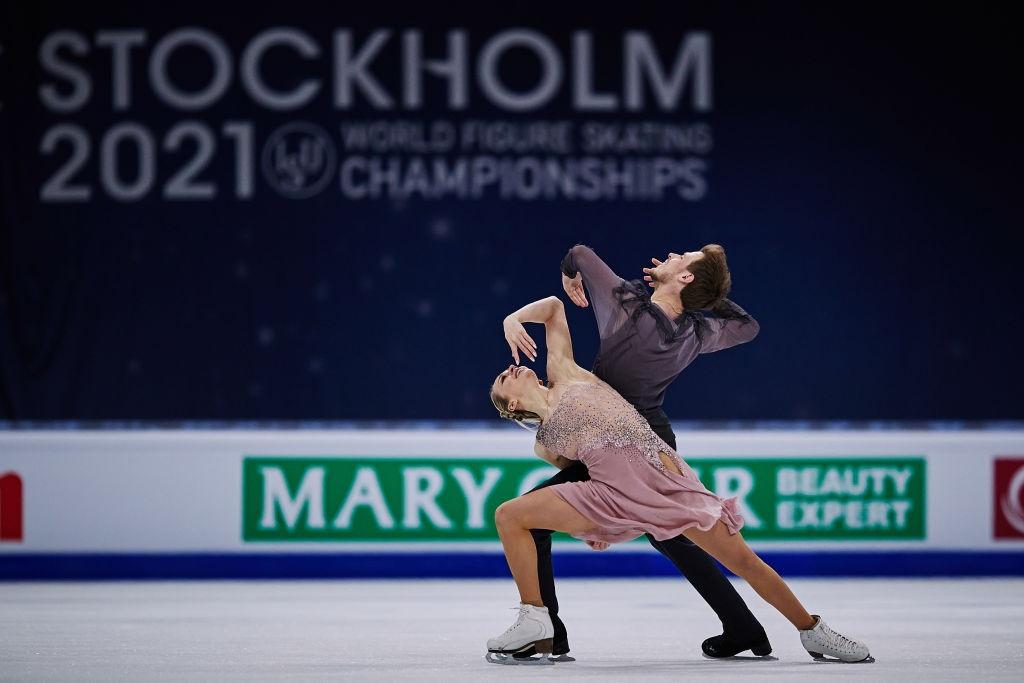 As soon as the couple resumed practice together, coach Alexander Zhulin suggested to them to go back to their old Free Dance to “Songs My Mother Taught Me” by Anton Dvorak. “We had lost a lot of training time,” Katsalapov explained. “Plus the doctors told us that complications from this new virus can happen anytime, even if you were not that sick. And you felt that you were out of breath, that you were out of shape. You don’t feel your body. Obviously, we were not able to prepare our new program and we would not have skated it the way we would need to. What we showed in the first half of the season was very raw. It was to put it bluntly, just bits and pieces we threw together. To return the good, polished program was the only right decision,” he continued.

The same day Sinitsina/Katsalapov started training again last year’s Free Dance. They competed at the Russian Cup Final in February and were selected for the ISU World Figure Skating Championships where they came out with two strong performances. The newly minted World Champions then went to the ISU World Team Trophy in Figure Skating and skated with their team to gold, the first time in the history of the event.

It was also the first competition for the couple as the new World Champions. “For sure that adds responsibility, we want to skate well after putting out to almost ideal performances at the World Championships,” Nikita said. “When I woke up in the morning before the Rhythm Dance, I was not nervous at all and the practice went really well. But right before we skated, I felt a bit nervous. We are always nervous before we perform and this actually is good,” he continued.

“Following the World Championships we really didn’t want to lower the bar,” Victoria agreed. “Now we start to understand our new status, I am getting used to it. It is nice.”

It takes a little longer for her partner: “I need to go home and take a breath. There was not much time between the World Championships and the Team Trophy. We spent that time at the rink anyway and we didn’t even see our families a lot so we didn’t really feel it yet.”

However, the dancers feel that winning this title is an important step not only for them, but also for Ice Dance in Russia. “We think it is very important, because we always used to be in the medals in this discipline. Vika and I have had a long way and finally it all worked out. Another plus is that we got three quota places for the Olympic Games,” Katsalapov noted. “I think that it is very important, because other athletes from our country are watching and they realize that everything is possible. You just need to work hard and commit yourself to figure skating,” Sinitsina said.

The Muscovites are now very motivated heading into the upcoming Olympic season. Following the ISU World Team Trophy they participated in a few shows at home in Russia and are ready to get started with their new programs. “We don’t want to stop here, we want to start working on new programs right away,” Victoria commented. “Most likely we are not changing our style in the Free Dance completely,” Nikita explained. “We are looking at four, five pieces of music now. As for the Rhythm Dance, we are honestly still searching. It is a bit more difficult, because we first need to fully understand what we have to do. We have read the communication with the new rules in order to discover what Street Dance means, what we can use and what we can’t use. Our goal now is to finalize the two music pieces (for the programs) and to go end of May on vacation with some new elements and ideally even with the skeleton of our programs.” 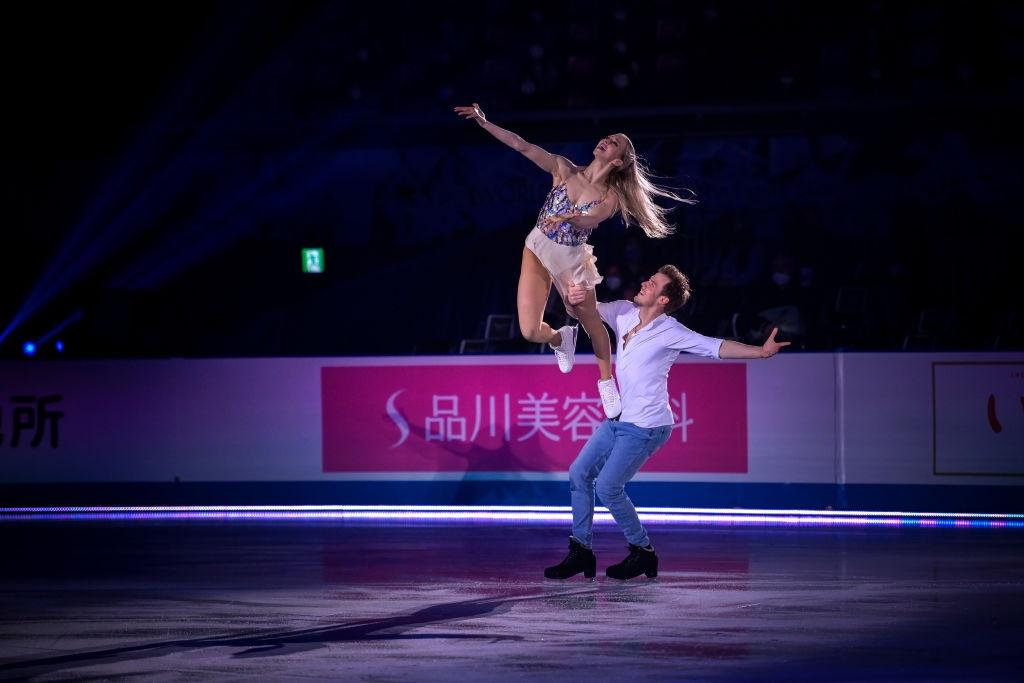 The 2021 World Champions are excited about the Olympic season and want to approach it with a cool head. “Our victory (at the ISU World Championships) is motivating and stimulating us. The next year will be the most interesting in our career for sure,” Katsalapov said. “Therefore, we’ll fully focus on our sport, try to squeeze the maximum out of the brains of our team, recover and be in the best shape right from the beginning of the season to show good skating in each competition,” he concluded.

In Focus: The best pictures of the ISU World Team Trophy 2021