Sweden’s Josefin Taljegard’s dreams came true at the ISU World Figure Skating Championships 2021 in Stockholm: Competing in her very first World Championships, she not only skated two clean programs on home ice, but also earned an Olympic quota place for her country. Plus the 25-year-old drew attention with her captivating Free Skating program to “Joker”. 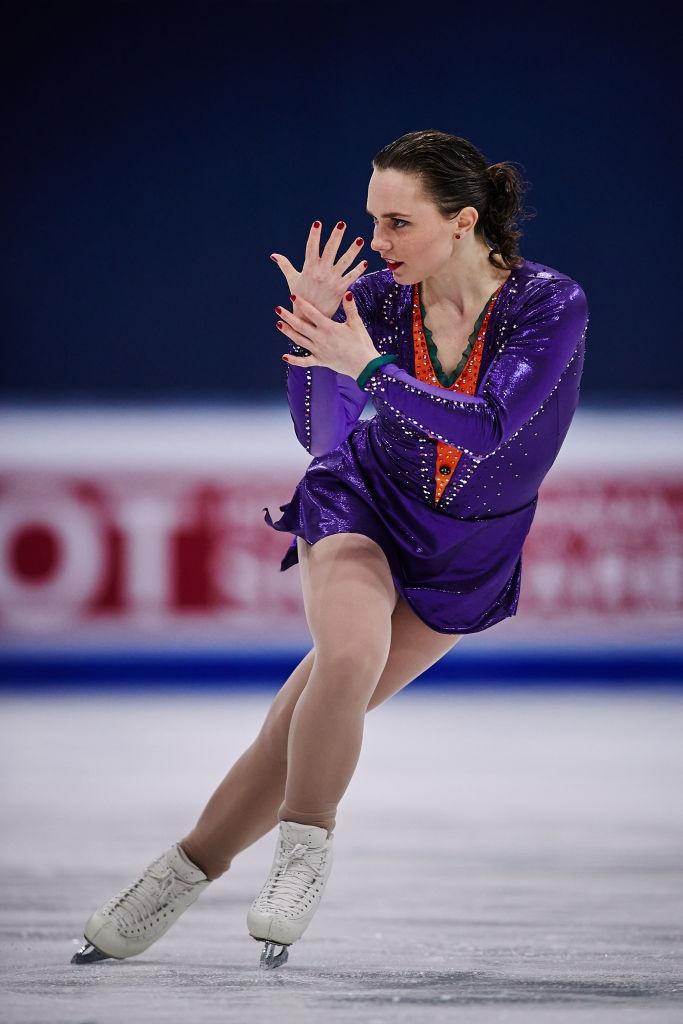 These ISU World Figure Skating Championships were very special to Taljegard, whose career is a little bit different from others. “I was really proud of my home country that we managed to organize this bubble and kept people safe,” the Swede said. “I was really impressed because the Europeans were cancelled and I was really scared that they will cancel Worlds as well. Even if there weren't that many people in the crowd, I just felt it was a special atmosphere anyway. Many people were so happy we were competing. Everyone actually cheered on everyone, which I felt was really amazing. As for the competition, I was a little nervous and it was my first time, but I got a spot for the Olympics and I placed 15th. I didn't expect it.” 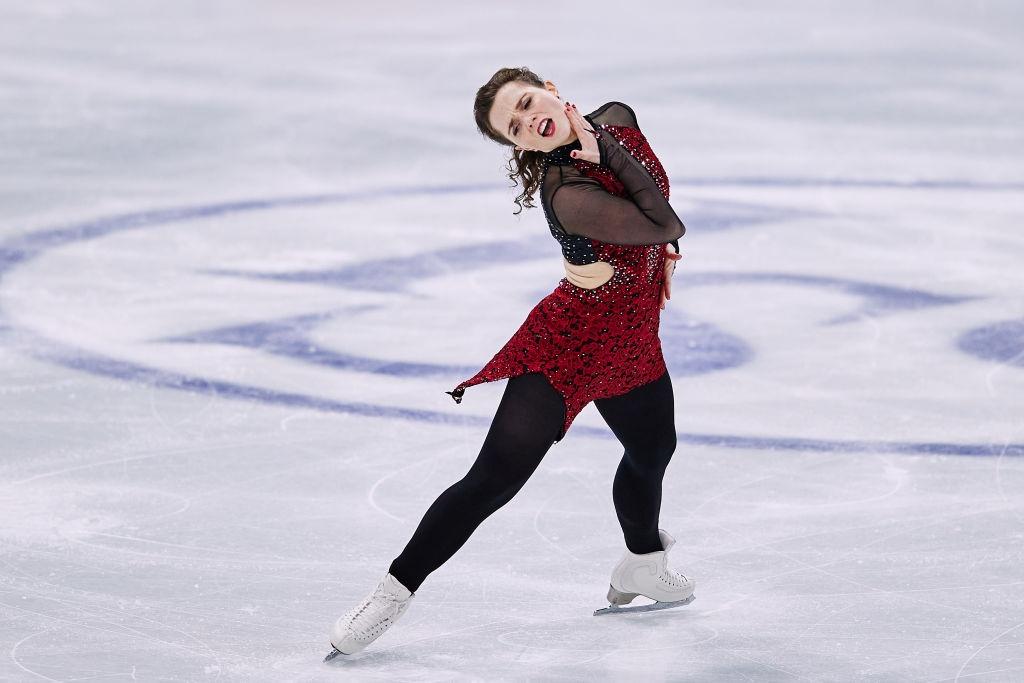 She was impressed with herself that she was able to put out her personal best performances and most importantly, she enjoyed the experience immensely. “I just had so much fun. After the Short Program, I was like ‘OMG, I just want to continue skating, it was over in just like two seconds’. Then in the Free Skating I was not ‘Joker’, but I felt like so intense, I was in my character and when I was standing there at the end I was like, wooh, I'm at Worlds.”

This feeling continued after the event. “After Worlds there were so many people writing to me that they felt I was inspiring them, because I was a little bit different in my programs and a little bit older. I just enjoy that really much to get that feedback it made me smile and cry,” she shared.

Taljegard studies acting and screenwriting and it helps her to bring a character to life on the ice.

“I think just having an interest in telling stories helps me. When I go out on the ice, I don't only focus on the jumps and the elements. I also focus on trying to provoke feelings in the people who are watching,” she noted. “Since I study acting and screenwriting, I think I have become more focused on it and also better at it. It's also good for myself when I try to focus on some other things because then I get less nervous.” Skating a program is like bringing a little movie, a mini-theatre performance on to the ice.  “Of course, I can't speak and I have to do jumps and spins and everything. So I can't really tell a complete story or a complete movie. But I try to tell something and make people feel something and then I think they are drawn into the performance more,” Josefin added. 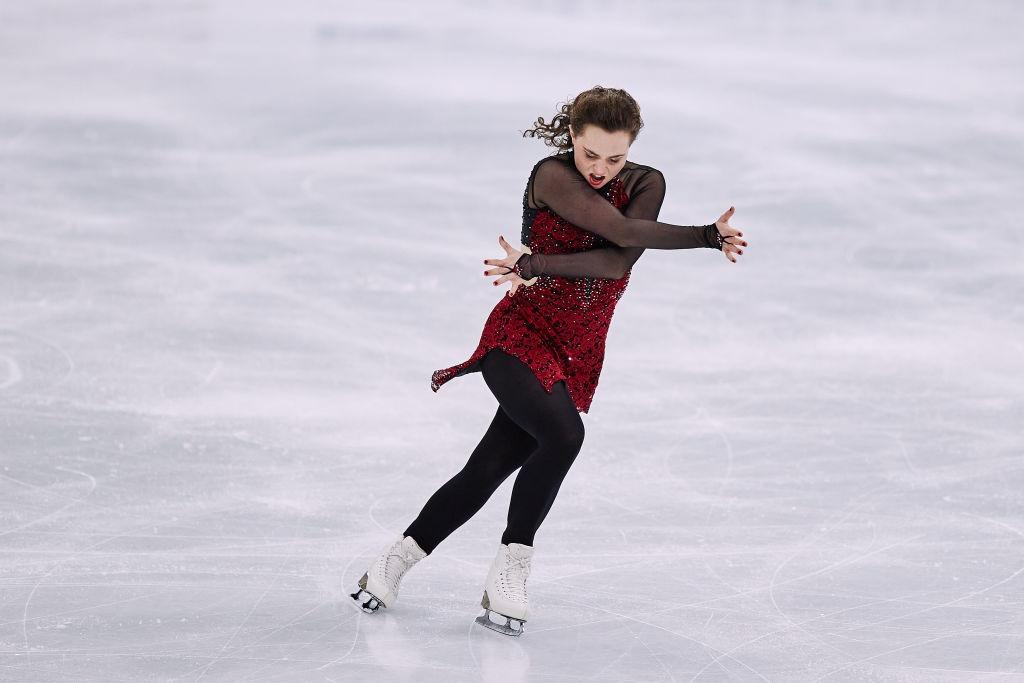 Surprisingly, this interesting skater made her World debut only this year at age 25 when many other Skaters already retired from competing. “In a way, I am a late bloomer,” she said with a smile. “Early on in my career when I was young, I was not a late bloomer. I was pretty good for my age. When I was a novice, I was developing really fast and then I got into puberty and things happened.” Taljegard struggled with injuries as well that took their toll and six months before graduating from high school, she decided to take some time off. She stopped skating for one and a half year and sat out the entire 2015/16 season. “Of course, it took a while to get back -  the technique, the physical shape and a good mental state,” she shared. “I actually feel because I took that time off, I'm still skating. If I hadn't stopped and reflected about what else I can do in life, I would have just continued in the same routine. Now I feel that I can still do this, because I have a more positive mindset and it's not life and death, if I fail at a jump. I take it a little bit more with ease and because of that, I can enjoy it so much more. And that's why I'm still doing it, because I enjoy it and I have fun with it. I think that shows.”

Taljegard, who once followed her older sisters Maria and Malin – now her coaches – into the sport and trains in Gothenburg, is looking forward to the upcoming season. However, she does face some challenges. Practice times are limited especially now in spring and summer as many ice rinks are closing in the off season in Sweden. The ongoing pandemic with its travel restrictions makes it difficult for her to train abroad, as she has done in the past going to Russia, Germany or the USA. Nevertheless, Josefin hopes to be able to travel to Russia this summer to work with Nikolai Morozov on choreography and technique. “Otherwise, I'll be mostly in Sweden. We’ll have some different camps here and I'll probably skate mostly with my sisters and work on Zoom with Nikolai,” she said.

The pandemic did not affect her training at home too much. “We were really fortunate in Sweden that we could actually continue practicing throughout the whole year but we don't have that many good skaters here like in Russia and the U.S.. So practicing here for a whole year can be a little boring and not as inspiring as going to skate with others that have a lot of speed so that you can challenge you a little bit more. It was also sad to not be able to have Nationals the year really on the top of my game,” Josefin explained. In fact, while she has collected two bronze and one silver medal at the senior-level National Championships, she has not yet won the national title.

Training with her sisters always has been a big plus for Taljegard and even more so during the pandemic. “I was really fortunate to have my sisters as coaches and train with them during the pandemic, because we are really good friends as well. I couldn't meet up with my friends, because I didn't want to get sick,” she said. “I've tried to not focus on the pandemic too much. We had a lot of virtual competitions and I almost competed in as many competitions as I usually do, it was just a little bit more boring, no audience and even no judges. But that's fine. Even if it's just a video, you still get a little bit more tension.”

The Swede wants to keep her successful “Joker” Free Skating for the Olympic season: “I would love to skate it with an audience.” She is currently deciding about a new Short Program. “We haven't really decided, what to do, but I want to do something that I haven't done before. It keeps me inspired to try new stuff.”

Taljegard is hoping to attend many competitions in the upcoming season and to meet her goal – make it to the Olympic Winter Games in Beijing. Although she has qualified a spot for Sweden, she needs to meet the strict criteria of the Swedish NOC that demand her to achieve a score equivalent to eighth place at the ISU World Figure Skating Championships (198, 77 points) during the season. She scored 178.10 points in Stockholm. “I am definitely confident that I can do it but then I can't really control, what the judges are going to do or exactly what score I get. I can only prepare myself as good as I can. Right now I'm really challenging myself with the jumps and everything,” she said.

Taljegard can count on many new fans that will follow and support her during the upcoming Olympic season and she can’t wait to show them her programs – live.

Josefin Taljegard features in episode 7 of the Ice Skating Podcast, you can listen to the episode here.

For other Podcast episodes, visit the ISU Podcast Page:

Provisional allotments of ISU Championships 2023 and 2024

Gabrielle Daleman (CAN) keeps fighting her way back