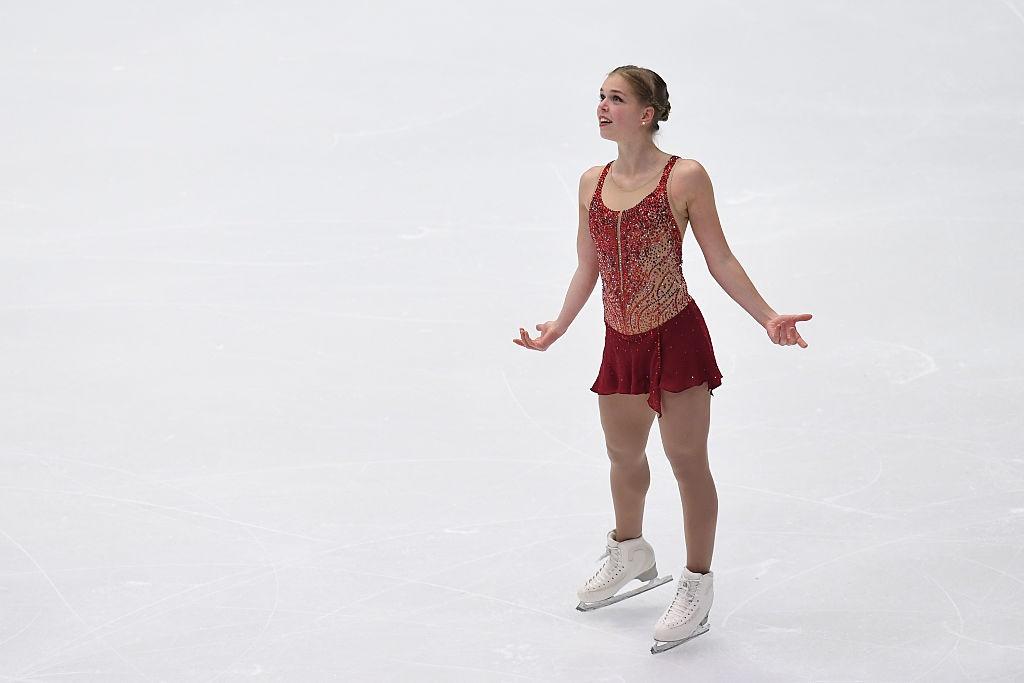 Her love for Figure Skating ended in so much hate that she threw her skates out of the window. But now she is back on the ice, and loving it again. Slovakia’s Nicole Rajicova has overcome serious challenges – and now she has a message to share.

Rajicova, 26, can look back on a successful career. The American-born Skater represented her parents’ home country Slovakia since 2011, and placed as high as sixth at two ISU European Figure Skating Championships, and she competed in two Olympic Winter Games in 2014 and 2018. But then something went wrong. In 2019, Nicole disappeared from the scene.

“After my second Olympics, about three years ago, I took my skates and hid them from sight, I didn’t even want to think about the sport. There was some sort of hatred, I thought I was done for good,” she said. When her parents switched on Figure Skating on TV, she would leave the house. What went wrong?

“My body gave up on me. My brain totally gave up on me,” Nicole recalled. “I just remembered finishing that 2018 season and something in the back of my head said, whatever you're doing, it just can't keep going on like this anymore. During my last few seasons, I dreaded going to the rink every day. It would take me half an hour to turn my brain off and convince myself to train – I’d tell myself, well, I have a big competition in one week, and if I want to go, I have to train no matter what. It was very forced, and I struggled a lot with eating disorders, but I didn't realize it was an issue until I stepped away.”

In Figure Skating, body image and the fixation on weight and outer appearance play a major role and they can become dangerous, especially for young female athletes. “It's a top topic,” Rajicova said. “These kinds of issues are at 100% prevalent in our sport. I struggled with many of these things in my past and unfortunately, it's not one of those things where you can just kind of wake up one day and you're out of it – though of course, I’m working on it. It's really, really sad, it's really, really difficult.” 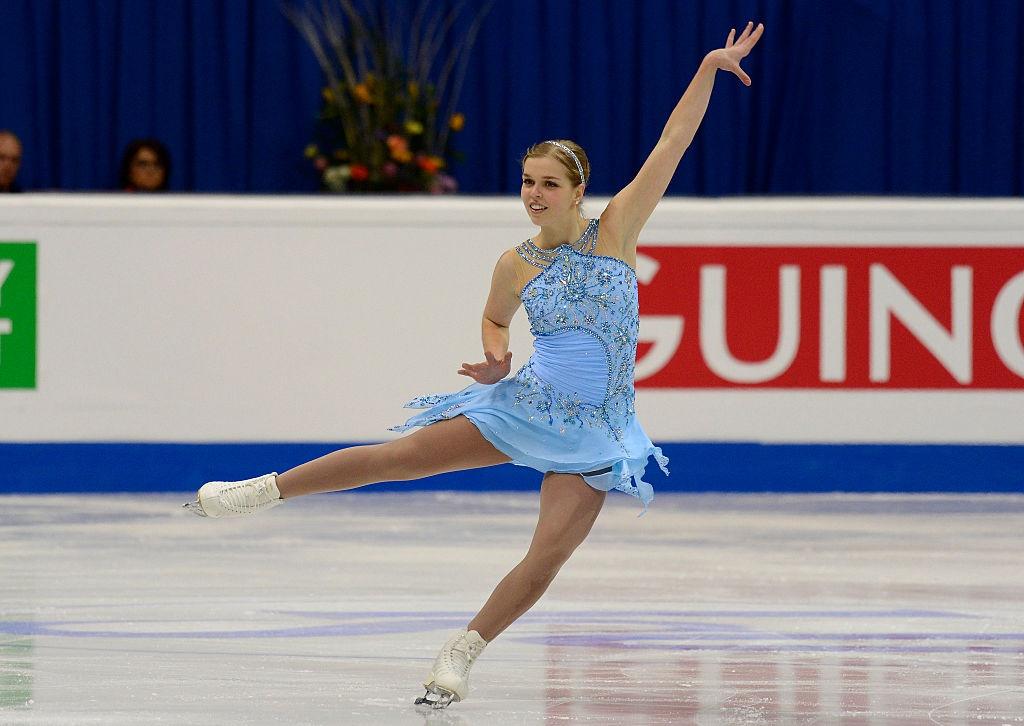 Rajicova believes that part of the problem comes from the pressure that Skaters put on themselves while part of it comes from the outside such as coaches, officials, fans or media. “Since we are high-performing humans, we receive a lot of feedback. Mostly positive and constructive, but the few negative remarks we hear linger in our heads,” Rajicova shared. “Our sport is based on physics: if you fluctuate in weight, even a couple of pounds, or half a kilogram up and down, it inevitably affects your performance that day. Even in practice, if you are a bit lighter, you spin a little faster in the air. Even just that premise opened the door for negative thoughts that often escalate to more severe issues. To add to that, when other people made sly comments about one’s body or weight, it would become subconscious nature to fixate thoughts around this.”

The Skaters themselves are a tightly knit community and usually support each other, as Nicole pointed out. “So, when there are comments that come up like, 'I don't feel so good', another skater would always pipe in and say, ‘oh my goodness, don't be ridiculous. You look amazing.’ I've never heard of any skater take another one down, we’re always very supportive of one another. So that's really wonderful and I treasure that. But external comments are always prevalent, whether it is someone involved in the skating community, or someone who's just an outside observer. There was always something said, whether personally to me or to other skaters - 'oh she gained weight, she looks like she's not in shape’ or ‘oh she’s doing really well, she looks like she's in shape.’ Everyone knows what that means. In the past I've taken a lot of these comments to heart. Now I've done a lot of work to just think, well, it's none of anyone else's business to worry about my weight except my own. But again, I'm 26. When I was 16, I was not thinking like this.”

Athletes that compete at the international level are in the public eye. They are watched and followed, they feel love and support, but also negativity, especially when things do not go well. “We always want to try our best, we are perfectionists and we strive to be the best every single day. But mental health challenges certainly come with that, because we're pushing our bodies and our brains to the absolute maximum that they can possibly go,” Rajicova noted. “It’s so important to address mental health amongst athletes. We have to exceed certain boundaries and try not to think about many red flags that can pop up along the way but get swept under the rug. If they’re not dealt with, these challenges escalate and definitely begin to impact our training and performance. The stronger negative thoughts become, the harder they are to deal with, address, and correct.”

Rajicova feels it is important to every Skater to realize that they are unique. “If we were all the same, if we all look the same, if we all jump, spin, and skate the same, it would be boring!” she said. “I think every single skater can maximize their potential and bring something to the sport that is very unique. At      the end of the day, whether you're five kilograms skinnier or heavier, it's not that important if you are maximizing your body in a way that your body was given to you. And by that, I mean, okay, go to the gym and make sure you can be quicker. You can do certain exercises to make yourself jump higher. Or, if you were blessed with really high jumps but slow rotations, there's exercises you can do to improve that, instead of focusing on unhealthily altering your body significantly to take a shortcut. When you are treating your body with respect, by exercising and fueling properly, it will conform to its ideal stature to perform its best. I think that’s definitely what young skaters should think about, perfecting technique over physique, especially when unfortunately, comments (about weight) are still going to be an issue as they will come from coaches. I’ve gotten them since I was 13 years old – ‘maybe you should drop five pounds and those jumps will be easier in your program.’ A comment like that will leave a mark, especially for a young teenage girl. When you hear that five times, eating disorders come through the door. Rather, the skater should think 'maybe if I just train more run-throughs at practice, I can get through the program more easily, and it has nothing to do with the food I ate yesterday’. You have to be strong and confident in who you are and what you can bring to the sport.” 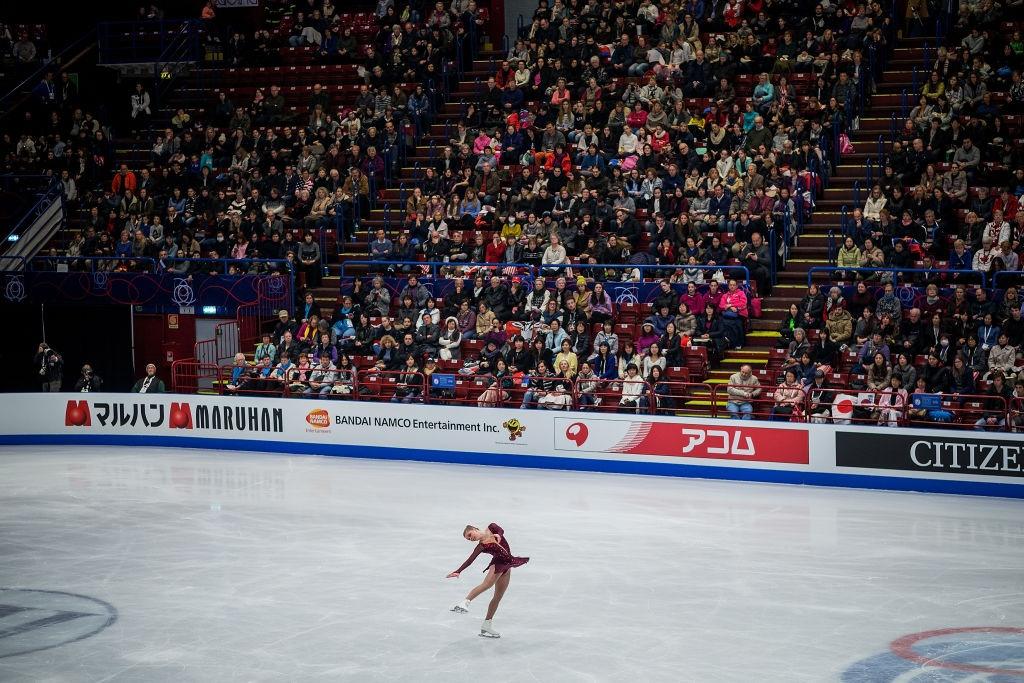 Another important point is to educate coaches and other people around athletes so they are more aware of these mental health problems and recognize when someone is struggling. “I think educating      coaches is very important. The greatest coaches that I’ve worked with were able to work with me at my best, my worst, and still try and find a way to optimize what I brought to practice every day, and even notice when I was struggling mentally,” Rajicova noted. “More coaches need to understand this and respect that the athlete is a human too.’ The athlete that studied full-time while skating and then worked in Slovakia also feels that it is extremely important to have something outside skating – whether it is school, another hobby, or friends that are not involved in the sport. “You need some distraction, something to help you take a step back and get your mind away from the rink.”

It took stopping skating for Nicole to realize that something was wrong. But at first, she did not really deal with her problems. “I ran away from the sport as fast as humanly possible. That is how I dealt with the problems – avoidance,” she recalled. “After that avoidance, I started getting those trickling thoughts. ‘Okay, there was something wrong, but what was wrong?’ I grew sick of the constant pressure to unhealthily maintain unrealistic standards. I was hurt – not only was my brain telling me to stop, but my body was overwrought with injuries. With time away from the sport I was able to realize the mental setbacks and then take the steps to work on them, which was acceptance. I was also fortunate to find a wonderful psychotherapist that helped me to work through my struggles. She was able to shift my mindset so I wouldn't look at the sport or my past experiences so negatively. I ended the sport with hatred and I wasn't able to be proud of all that I accomplished, because of the things I was dealing with. But I’ve since been able to shift my mindset and regain the confidence I had in myself, as both a person and as an athlete. I was able to get healthy, and start skating again with pure joy. I feel that taking the time to address my mind changed me not only as a person, but as an athlete, and now I go to the rink and I'm really grateful to be there every day.”