Alysa Liu (USA) made history by becoming the first female skater to land a triple Axel and a quadruple jump in one program at the ISU Junior Grand Prix event in Lake Placid. Shun Sato (JPN) secured the second consecutive gold medal for the Japanese junior men on the circuit this year while the Russian pairs, led by Apollinariia Panfilova/Dmtiry Rylov, continued their dominance by sweeping the podium. Favorites Avonley Nguyen/Vadym Kolesnik (USA) struck gold in the Ice Dance event. The winners have made a big step on the Road to Torino towards the qualification for the ISU Junior Grand Prix Final.

Liu easily dominated the Junior Ladies and scored a runaway victory with 208.10 over Yeonjeong Park (KOR/186.58 points) and Anastasia Tarakanova (RUS/179.29 points) to break the Russian stronghold on the discipline. The American is the first non-Russian Lady to win a Junior Grand Prix event since 2016. Liu and Park debuted on the ISU junior circuit while Tarakanova is a veteran and was in the Junior Grand Prix Final the past two seasons. Liu led following a clean Short Program. She opened her Free Skating to “Illumination” by Jennifer Thomas with a triple Axel-double toeloop and a quadruple Lutz – and is the first woman two perform a triple Axel and a quad in one program. The 14-year-old followed up with six more triples, but she missed her second triple Axel. Liu is also the first American woman to have landed a quadruple jump in competition. Park turned in two solid performances for a successful Junior Grand Prix debut and only stepped out of a triple Salchow in the Free Skating. Tarakanova fell on her triple Lutz in the Short Program, but rallied back in the Free Skating to pull up one spot and take the bronze, her fifth consecutive medal on the junior Grand Prix series.

“It’s a good learning experience since it is only my first Junior Grand Prix and one of my first big competitions this season,” Liu said. “I want to land all of my jumps and improve my skating skills and speed into all of my jumps. [On the second triple Axel] I hesitated and I was really slow and I fell, obviously. I need to work on my programs more [before my next Junior Grand Prix].”

For the first time, Peru was represented in an ISU competition with Andrea Pekarek. A total of 32 Junior Ladies competed in the event.

Shun Sato trumped ISU Junior Grand Prix Final Champion Stephen Gogolev and won with almost 14 points to spare in what was the first Junior Grand Prix event of his career. The 15-year-old Japanese skater took the Short Program with a clean skate. He went for three quadruple jumps in the Free Skating to “Romeo and Juliet” by Nino Rota. While the solo quad toe was clean, the quadruple Salchow and the quad toe-triple toe combination were flawed. Sato also hit a triple Axel-double toe, but missed his triple Lutz (217.12 points).

"The warm up was not so good, but after that I concentrated and tried to get things done," Sato said after the Free Skating. "I have two goals for this season - one is to make the Grand Prix Final and then get on the podium and the second goal is to get to go to the Junior World Championships and to be on the podium again," he continued.

Gogolev started with a strong Short Program into the competition, but fell on the triple Axel and quad Salchow to remain in second place on 203.70 points. Gleb Lutfullin (RUS) moved up from fifth to claim the bronze in his debut on the ISU Junior Grand Prix (203.50 points).

20 competitors participated in the event.

Led by reigning World Junior silver medalists Apollinariia Panfilova/Dmtiry Rylov, the Russian Pairs continued their success on the Junior circuit and swept the podium one more time. Panfilova/Rylov were first after the Short Program and delivered a smooth peformance to „No One Ever Called Me That“ from the „Third Person“ soundtrack in the Free Skating to score 186.92 points and take their second ISU Junior Grand Prix series gold medal – and fifth medal overall. Teammates Kseniia Akhanteva/Valerii Kolesov overcame her fall on a popped Axel in the Short Program and produced a solid Free Skating to „Shine On You Crazy Diamond“ by Pink Floyd to earn silver with 171.19 points. Muscovites Alina Pepeleva/Roman Pleshkov completed the Russian sweep with the bronze medal on 159.29 points.

„Overall, we feel good about our performances in Lake Placid, but there were some mistakes in the short program as well as in the free skating and we realize that we still have a lot of work to do for an ideal performance,“ said Panfilova. „We‘re happy with the result, but not with the quality of some elements and we‘ll work on that,“ she added. „For our second event, which will be in Poland, we want to improve the levels of our elements and skate with more confidence. We want to thank everyone for their support,“ Rylov commented.

Nguyen/Kolesnik established a four-point lead in the Rhythm Dance set to the „Aladdin“ musical soundtrack and built on it in their Free Dance to Sergei Rachmaninov‘s Piano Concerto No. 2. The team from Novi totaled 170.80 points to pick up the second Junior Grand Prix title of their career.

Davis/Smolkin, who are now training together with Nguyen/Kolesnik, skated also very well, but had lower levels than the Americans in the Rhythm Dance. In their Free Dance to „Always Watching You“ and „Love Is Gone“ by Peter Cinotti, Davis/Smolkin, achieved the same technical base value as the winners, but earned less on the Grade of Execution for the elements and the components to remain in second place (160.17 points). Taschlerova/Taschler stood in fourth place following the Rhythm Dance and then overtook Miku Makita/Tyler Gunara (CAN) with their Free Dance to „Place de la Republique“ by Coeur de Pirate and „Sand“ by Nathan Lanier. The bronze is the first Junior Grand Prix medal for the Czech brother-and-sister team.

“After last season when we had a good season, I wanted to show that we have improved and we have gotten better and are ready to fight to achieve higher goals,” Kolesnik said.
“[Being in Lake Placid] is so different from other JGPs,” said Nguyen. “I almost forgot we were at one because we are in our home country and we have the home crowd here. It felt very comfortable. It was nice to have our teammates cheering in the stands.” 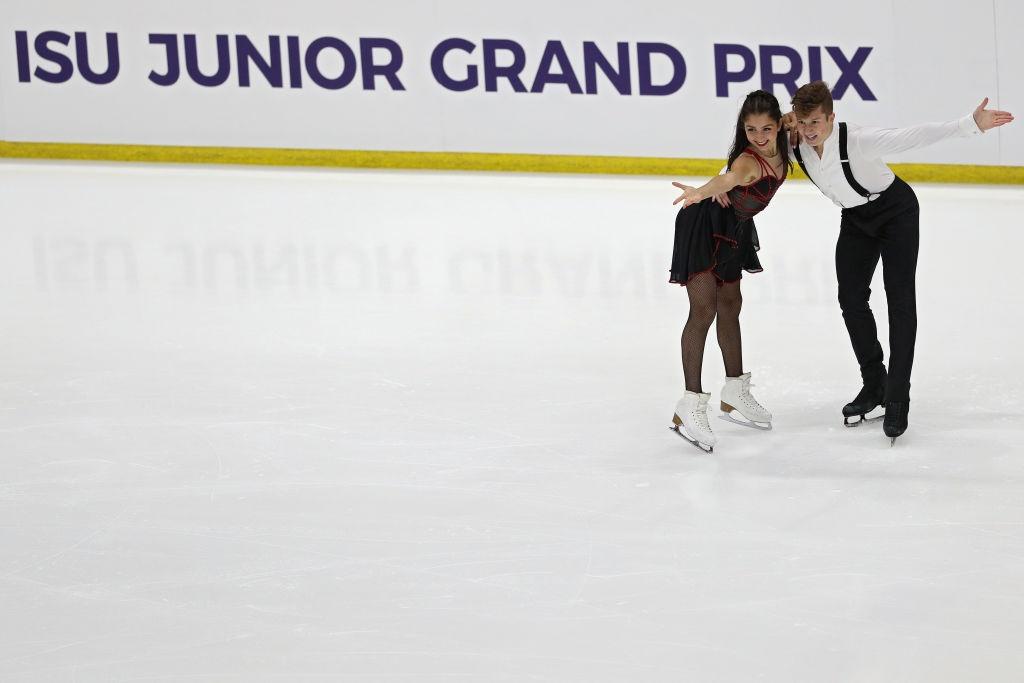 Where to watch and follow the ISU Junior Grand Prix of Figure Skating 2019?

Subscribe to the ISU Junior Grand Prix of Figure Skating YouTube Channel to receive alerts when the live streams start and when new videos are posted. 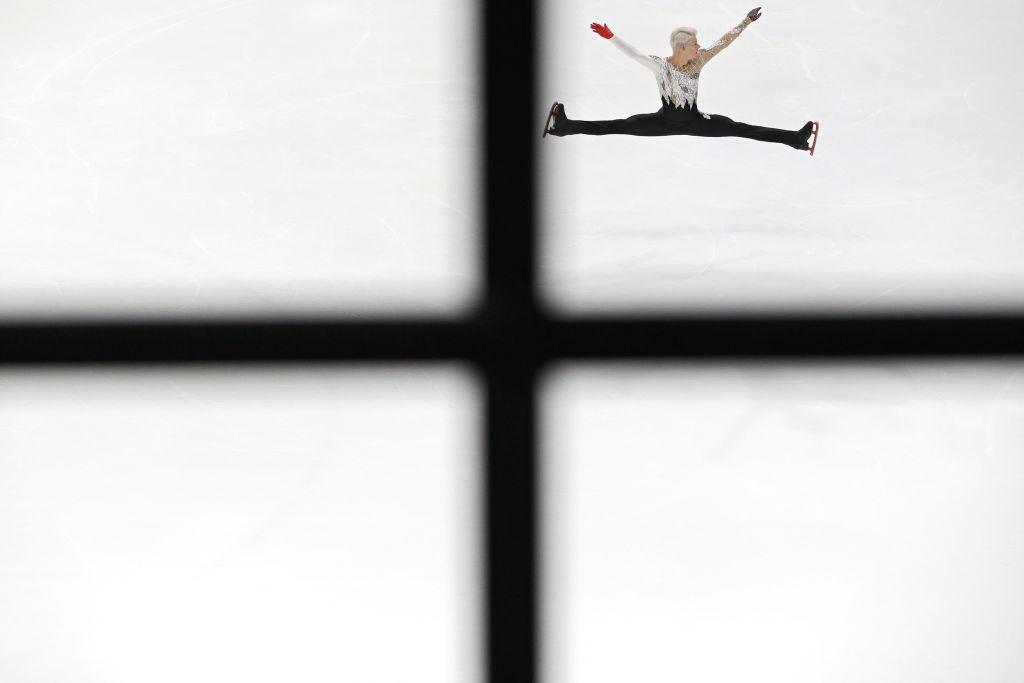