Skating to “O doux printemps d’autrefois”, Shcherbakova produced a double Axel, triple flip and triple Lutz-triple loop combination. The 2020 European silver medalist picked up a level four for her spins and a level three for her step sequence to set a new personal best of 81.00 points. “I was nervous, controlled every movement and I am happy that all elements were successful,” the 16-year-old said. “Most of all I am satisfied with the jump combination, because it was the most difficult and most important element of the program. The support from the audience is very important. I know, that there’s a big support now, a lot of people write that they support me from their homes. It is also very important for me. But I miss full stands of people supporting you before the start and during the performance. Maybe on this reason I was very nervous, but I understand why the restrictions are needed”, she added.

Kihira, who skated last out of the 38 competitors, opened her performance to “The Fire Within” with a triple Axel, but it was slightly under-rotated (landed “on the quarter“) as was the back end of her triple flip-triple toe combination. The two-time ISU Four Continents Champion went on to complete a triple Lutz as well as level-four spins and footwork for a score of 79.08 points.

“I’m glad I was able to land all my jumps today. I also was able to keep my focus during the steps and spins. The only thing is that my flip-toe was not the best jumps I could have done,” Kihira noted. “The World Championships is a big competition, but we only had the All Japan Nationals before this.  It was not easy to keep my motivation up.  We did not have any place to show ourselves so it was difficult to get a sense of satisfaction and sometimes it was not very enjoyable. But I am glad I did not give up and kept on training,” she explained.

Tuktamysheva’s performance to “Lovely” by Billie Eilish and Khaled was highlighted by a triple Axel, triple Lutz-triple toeloop combination, a triple flip as well as by level-four spins. The 2015 World Champion picked up 78.86 points. 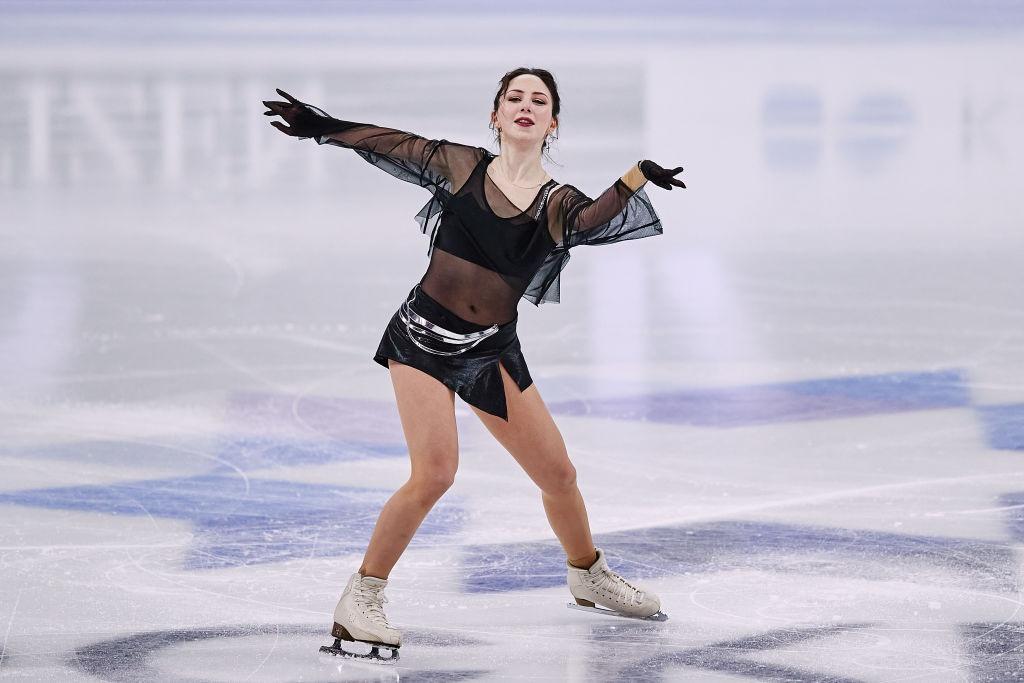 “It've been long since I've been to Worlds and Europeans so it meant even more for me to do a clean skate. Raising my fist at the end of the program - it was my best skate this season and am thrilled it happened here at Worlds”, the 2015 European Champion shared. “The triple Axel right now is in a good working condition, I worked on it a lot, I knew there was still the whole program to come and I was only feeling relieved after the triple flip when all the jumps were behind me”, she added.

Karen Chen (USA) turned in a clean performance that included a triple Lutz-triple toeloop combination for 74.40 points. Yelim Kim (KOR) is not far behind in fifth place at 73.63 points with another clean performance. Kaori Sakamoto (JPN), who also delivered a strong Short Program, sits in sixth at 70.38 points. Listen to “Circles and Squares”, the Official Song of the ISU World Figure Skating Championships 2021