Mishina/Galliamov, who stood in third place following the Short Program, boldly skated to “We are the Champions” in their Free Skating – turning in a spectacular and flawless performance that featured a triple Salchow-Euler-triple Salchow combination, a triple twist, throw triple Lutz and loop, triple toe as well as level-four lifts, spin and death spiral. The 2019 ISU Grand Prix Final Champions scored 151.80 points, smashing their personal best, and racked up 227.59 points overall to win the title. 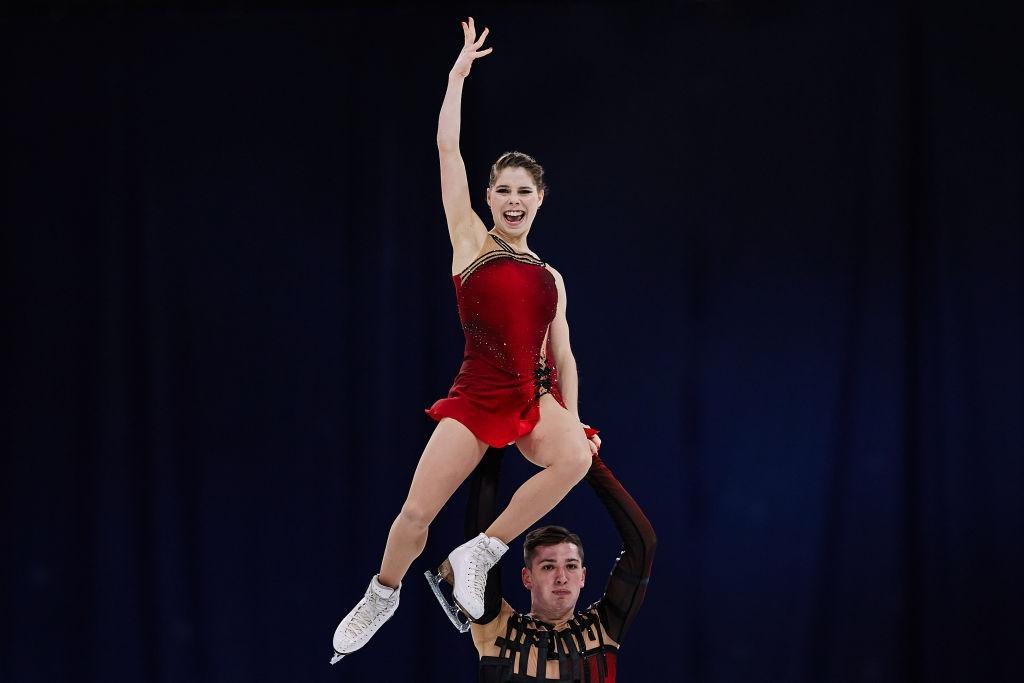 “We were really surprised to come first, I don’t know what to say at the moment we don’t understand it yet. May be we didn’t have a lot of audience on the ice, but we know a lot of people watched the broadcast and we felt their support”, Mishina shared. “After every element we were less nervous and every element made us happier”, she added. “It happened so fast and you didn’t process what happened and only when the time passes you understand what happens. It’s really nice and it was a great job done and all that hard work payed off”, Galliamov said. 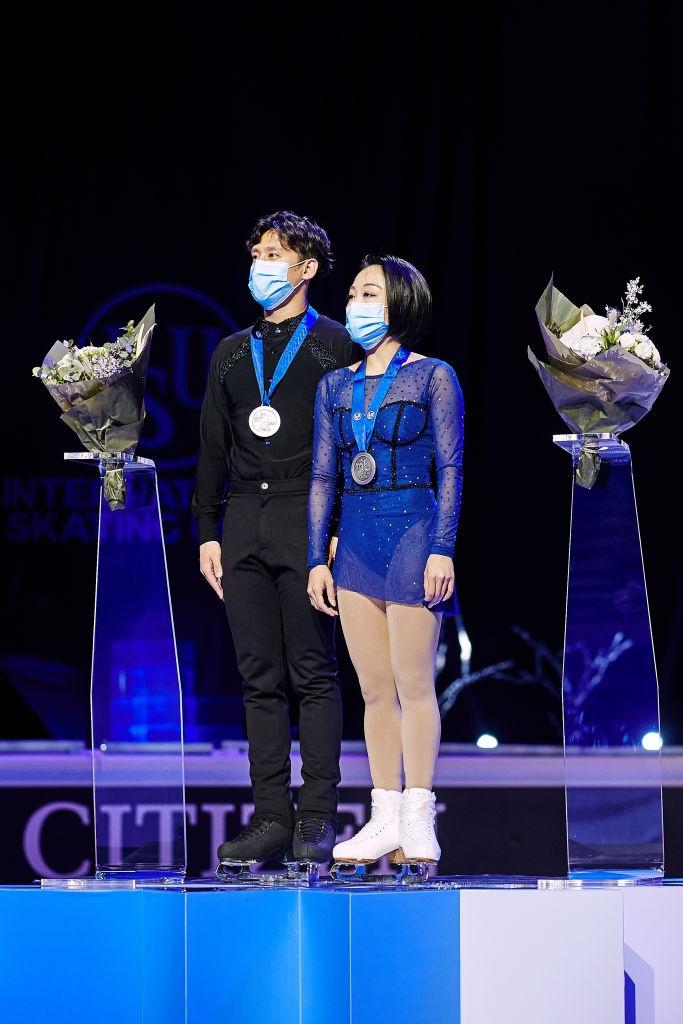 Sui/Han put in a strong performance to “Rain, In Your Black Eyes” that was highlighted by their trademark huge throws triple twist, throw triple flip and Salchow as well as by difficult lifts. However, the side by side jumps triple toe-double toe-doule toe and triple Salchow were somewhat wobbly. The 2018 Olympic silver medalists netted 148.09 points for a total of 225.71 points to remain in second place. The couple collected their fifth World medal. 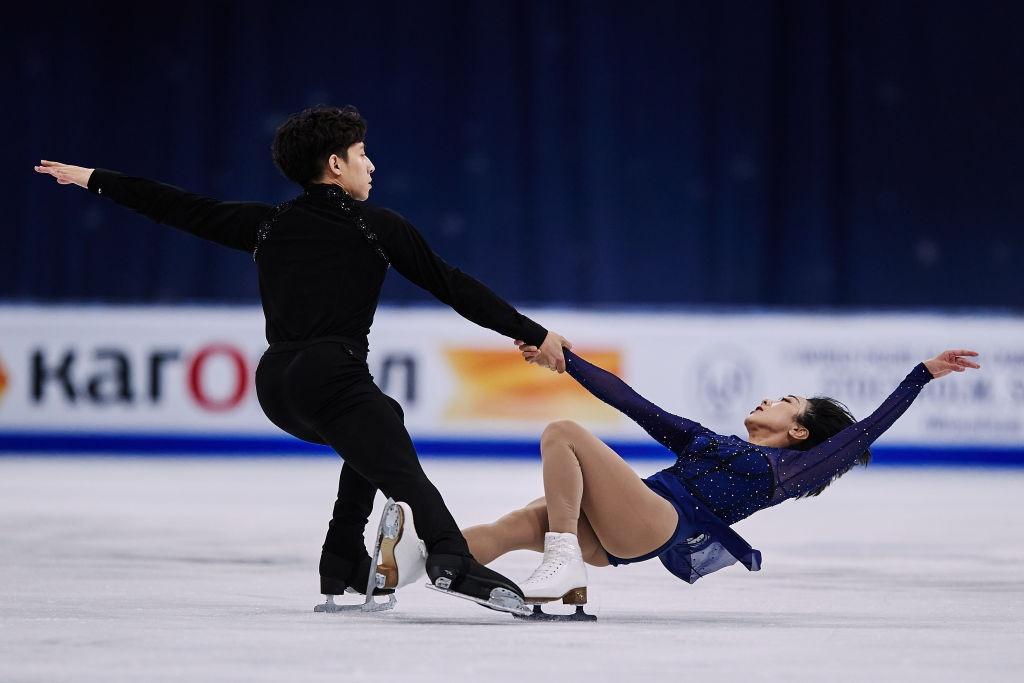 “We did what we can do right now. We only practiced on ice for two months after the recovery (from injury). We’re glad that we can compete in a rather good level. However, we’re not our best yet, 70%-80% of our best selves, I would say”, Sui shared. “We did think we achieved a huge accomplishment within only two months.” 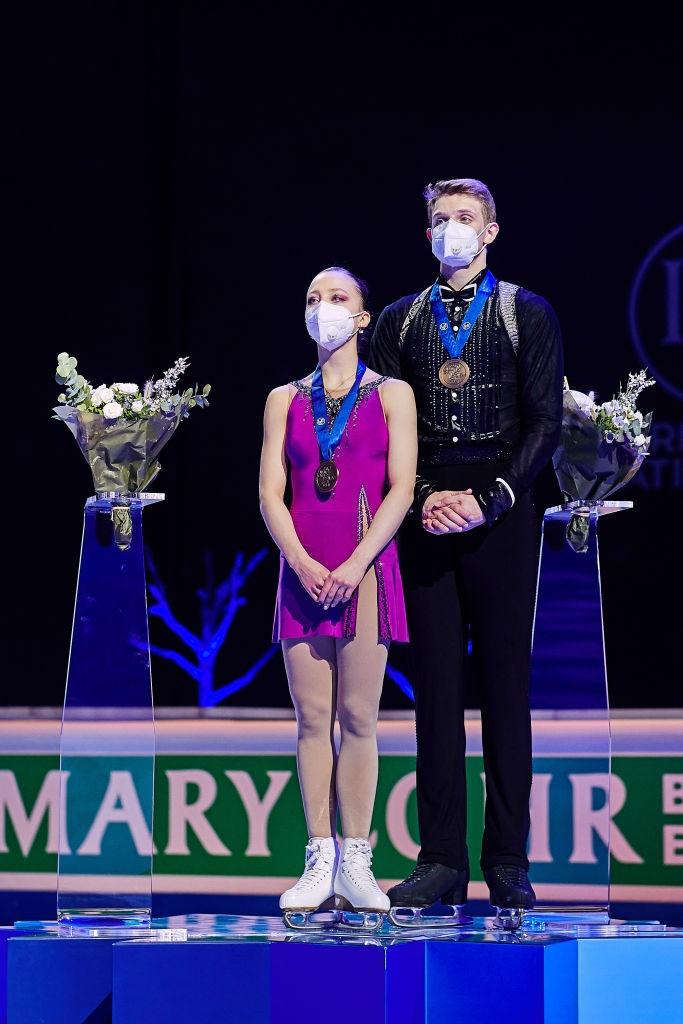 Boikova/Kozlovskii started strongly with a side by side triple Salchow into their “James Bond” routine and completed a triple twist and throw triple loop as well as level-four lifts. But Boikova went down on the triple toeloop and stumbled on the throw triple flip. The 2020 European Champions were ranked fourth in the Free Skating with 137.47 points and slipped from first to third at 217.63 points total. 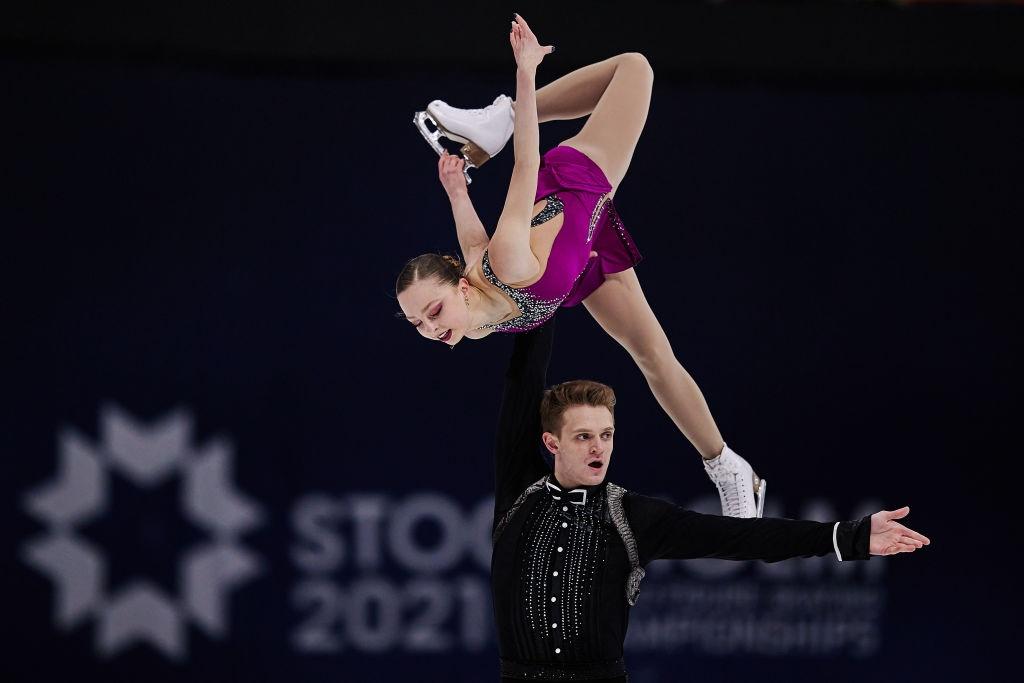 “Nevertheless it’s our first ever World medal”, Kozlovskii commented. “Of course we wanted more, aimed for more. We were ready, but the ice is slippery. I want to congratulate all who skated here today, it’s a challenge for every athlete”, he continued. 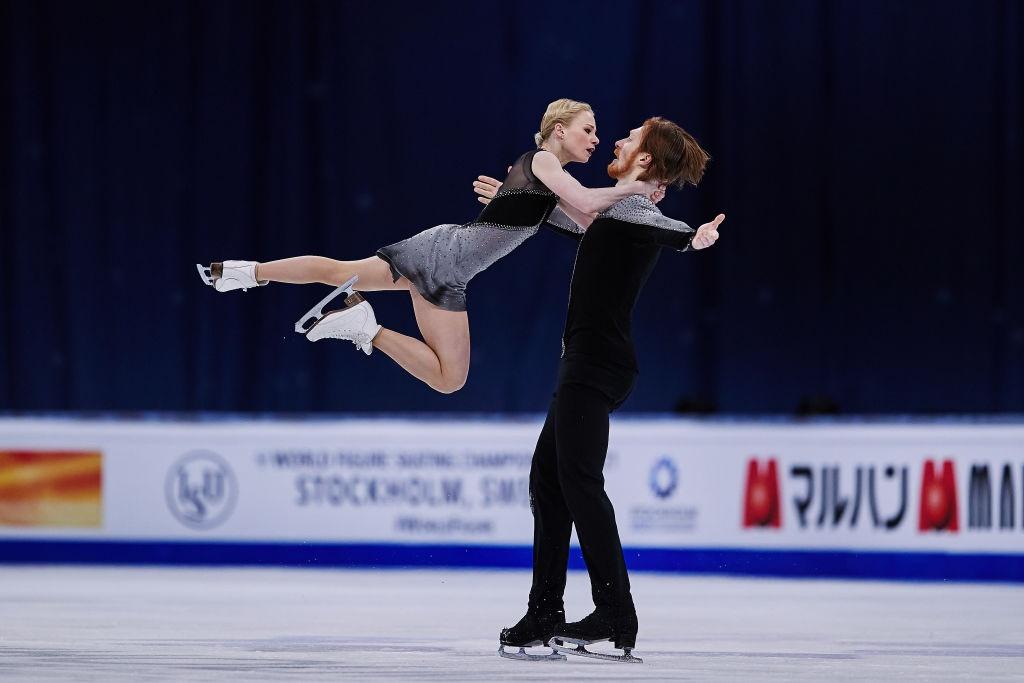 Two-time World silver medalists Evgenia Tarasova/Vladimir Morozov (FSR) gave a solid performance, but Tarasova repeated exactly the same mistake she did in the Short Program when she landed forward on the triple toe. The two-time European Champions were third in the Free Skating but remained in fourth place overall at 212.76 points. Cheng Peng/Yang Jin (CHN) placed fifth on 201.18 points while Kirsten Moore-Towers/Michael Marinaro (CAN) moved up from tenth to sixth at 195.29 points.