Dancing to “Singin’ in the Rain”, Sinitsina/Katsalapov delivered a smooth performance that was highlighted by strong twizzles and footwork as well as a rotational lift. The 2020 European Champions collected a level four for the twizzles and the lift while the Finnstep Pattern, the Pattern Dance Step Sequence and the midline steps were rated a level three. The couple from Moscow scored 88.15 points. 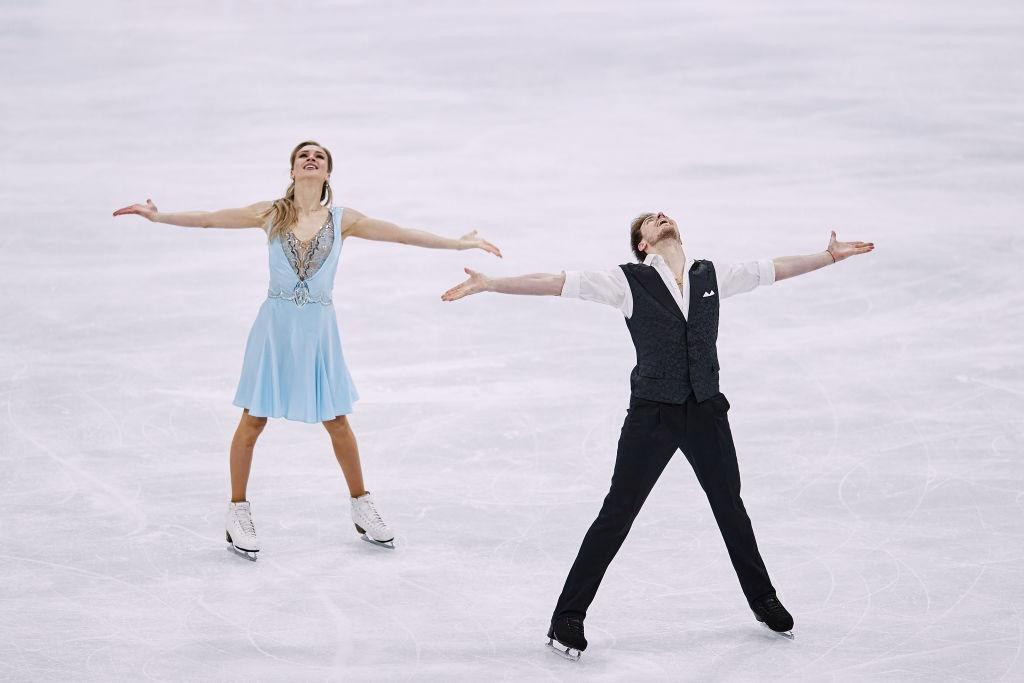 “We are quite satisfied with our performance, we were well prepared. In general, we showed what we can do, everything was clean enough, with our soul, easy enough. Our coaches, our team is also happy, so we have a very good feeling”, Katsalapov said. “We are thrilled with the work we did today and before the competition, so we feel great. The only thing we lacked was the audience.

We need to have a good rest today, sleep well, have a good training, check again if everything is in place, the whole program, and go out and skate with pleasure. We just need to keep calm and show what we worked on,” he added. 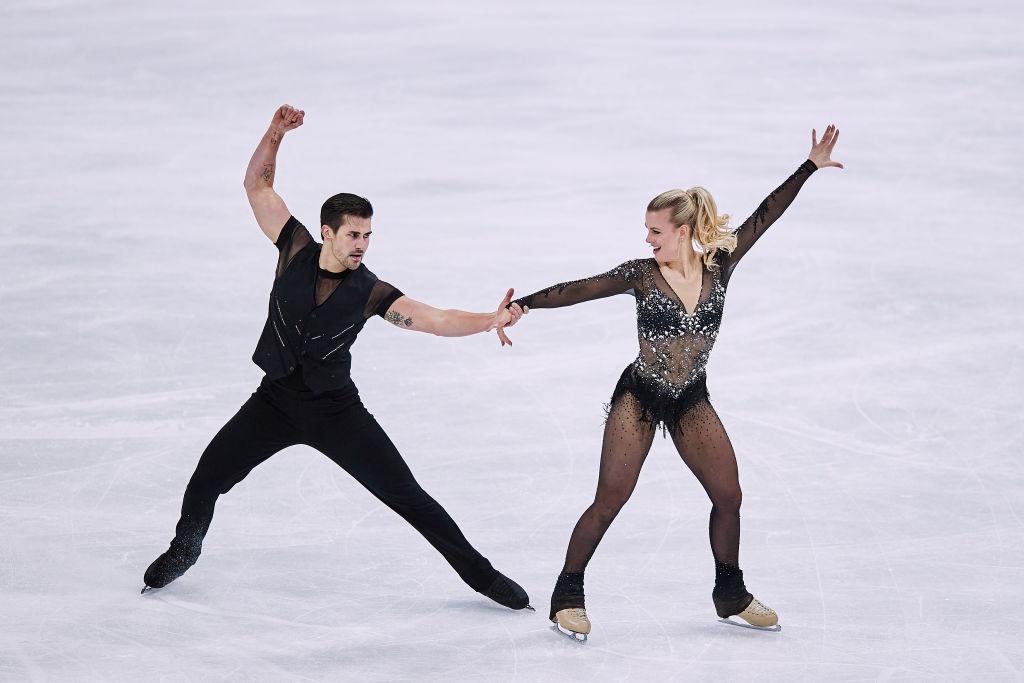 The 2019 World bronze medalists Hubbell/Donohue completed intricate footwork and a difficult lift, picking up a level four for three elements in their dynamic new routine to “Burlesque” to earn 86.05 points.

“We were pretty present today and we just really focused on each other so we are happy to give that strong performance at the World Championship. We wanted something that felt a little bit more modern, a little bit more us, powerful and sexy, so we ended up with Burlesque”, Hubbell said. “We also at some point realized that this year wasn’t going to be a typical season. The fans weren’t going to be in the stands, and for the most part we were going to be performing for the judges, for the skating community, and of course the fans at home too, but the people who were going to be there judging us were these judges who have committed a lot of their life and time to this journey with us. We thought they might want to see something new from us, a new project, something exciting”, she explained. 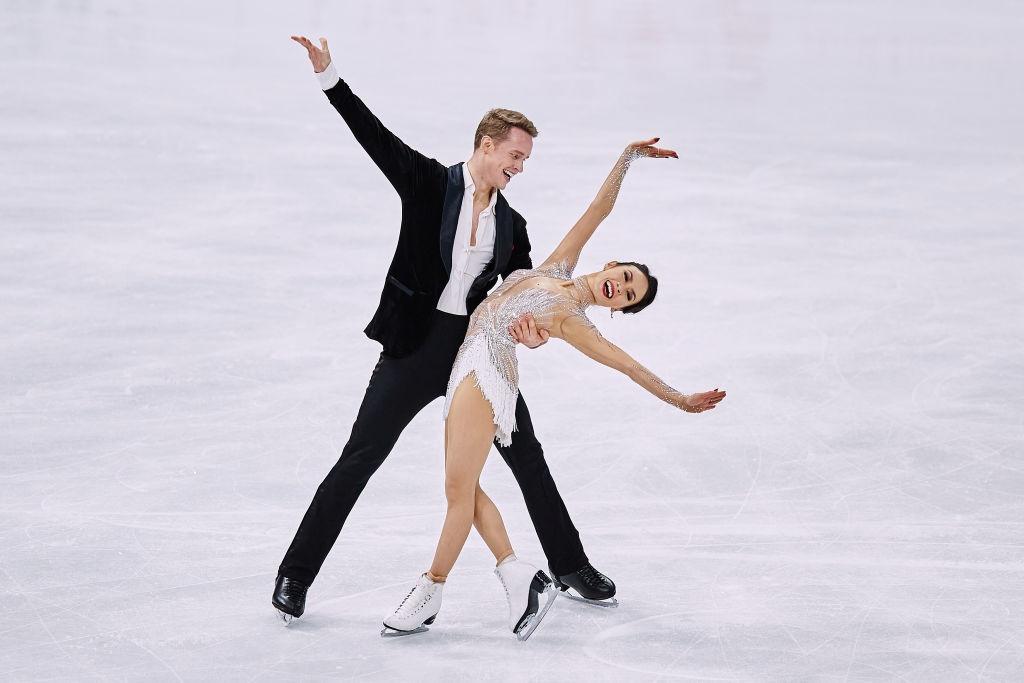 “One of our goals was not to hold back and to give a heartfelt effort, so that was a big goal for us and we met that one”, Bates commented. “Well, we definitely want to win the gold. We think the work we put in and the training that we've done has prepared us for this event. We are as strong as we have ever been, we are fairly confident and we have great programs. We just love to skate and it really comes across in the way we are performing”, he continued. 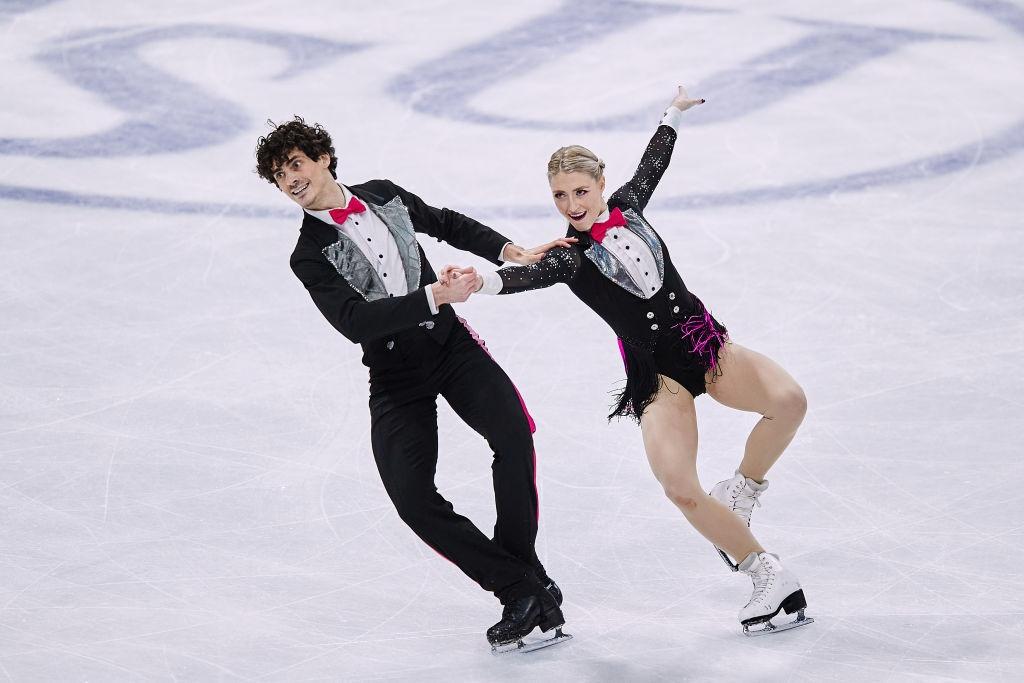