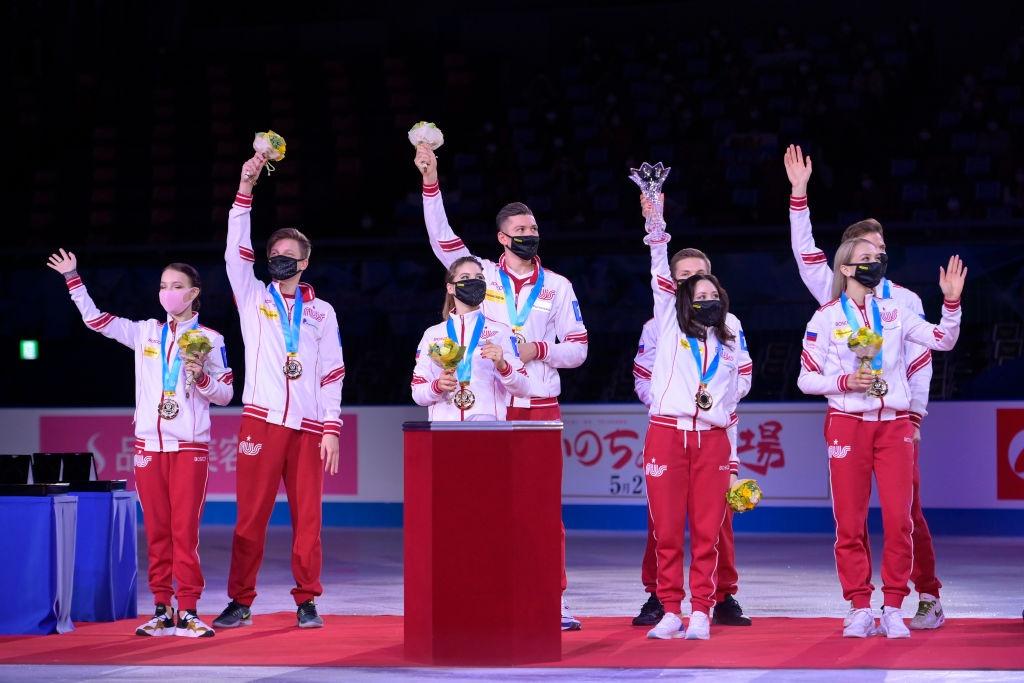 Team Russia won the ISU World Team Trophy in Figure Skating for the first time since the introduction of the event in 2009 as competition wrapped up in Osaka (JPN) on Saturday with the Pairs and Ladies Free Skating. Russia scored a runaway victory over defending champions Team USA by 125 to 110 points. Team Japan took bronze with 107 points. 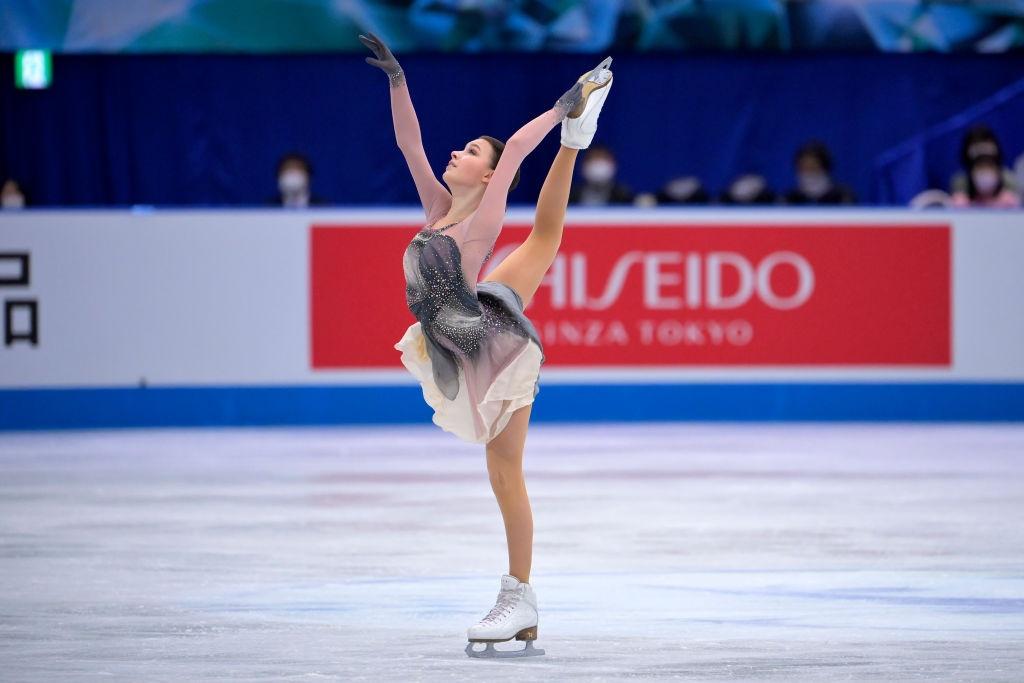 Team Russia won both the Pairs and Ladies Free Skating to end the competition on a high note. The 2021 ISU World Champion Anna Shcherbakova skated last in the Ladies event and even though she knew her team had already won, she did not hold back. Performing to “Home of the Dark Butterflies” and “Beethoven’s Five Secrets”, the Russian Champion went for a quad flip, stepped out of the landing and continued with seven clean triples to post a new season’s best with 160.58 points (12 team points). 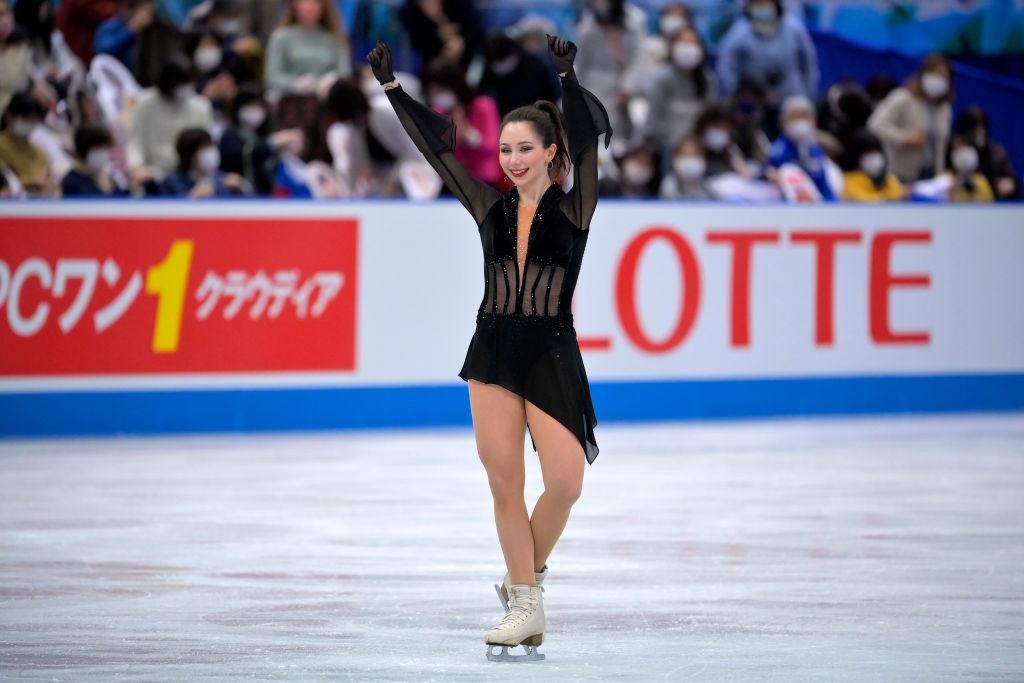 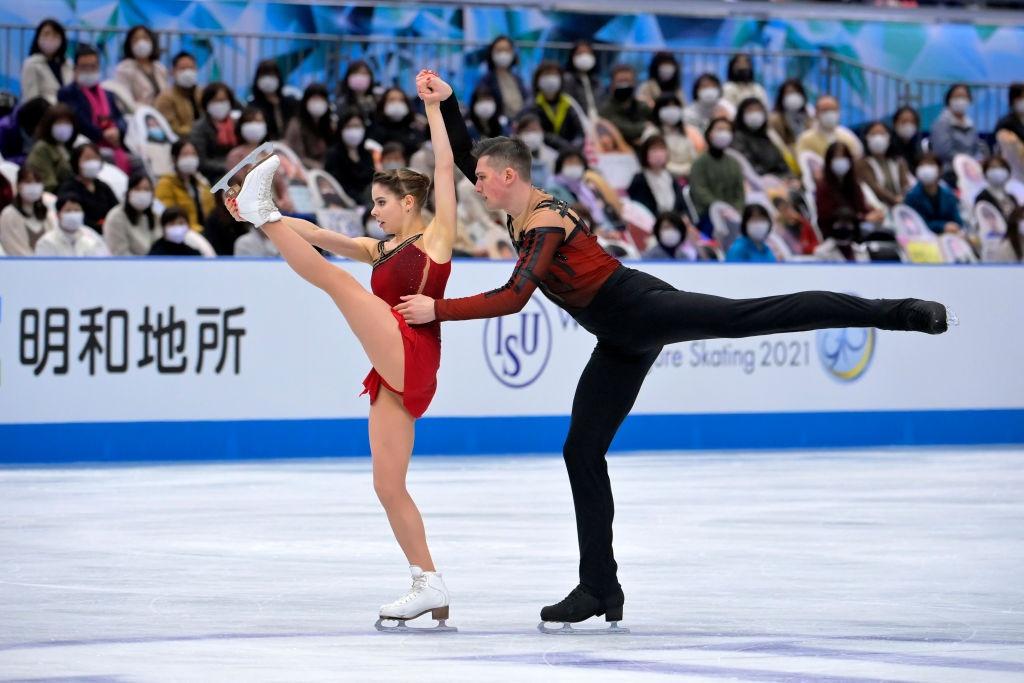 Earlier in the day, ISU World Champions Anastasia Mishina/Aleksandr Galliamov extended their team’s lead with a confident victory in the Pairs Free Skating. The couple from St. Petersburg delivered a flawless performance to “Bohemian Rhapsody” and “We are the Champions” that included a side by side triple Salchow-triple Salchow sequence, excellent triple throws and difficult lifts. The 2019 ISU World Junior Champions scored 151.59 points and netted 12 points for the team.

“I am so proud of my team. After a difficult World Championship we had only two weeks to get back in shape and we skated well. We are so happy to be here and we enjoyed every moment,” Tuktamysheva said. “Our secret – we have a very strong team – girls, boys, pairs and ice dance. To finally be in first place (at World Team Trophy) means a lot to us. This is a little practice of the Olympic Games. It is important to have World Team Trophy before the Olympic Games, now we know what to do.” 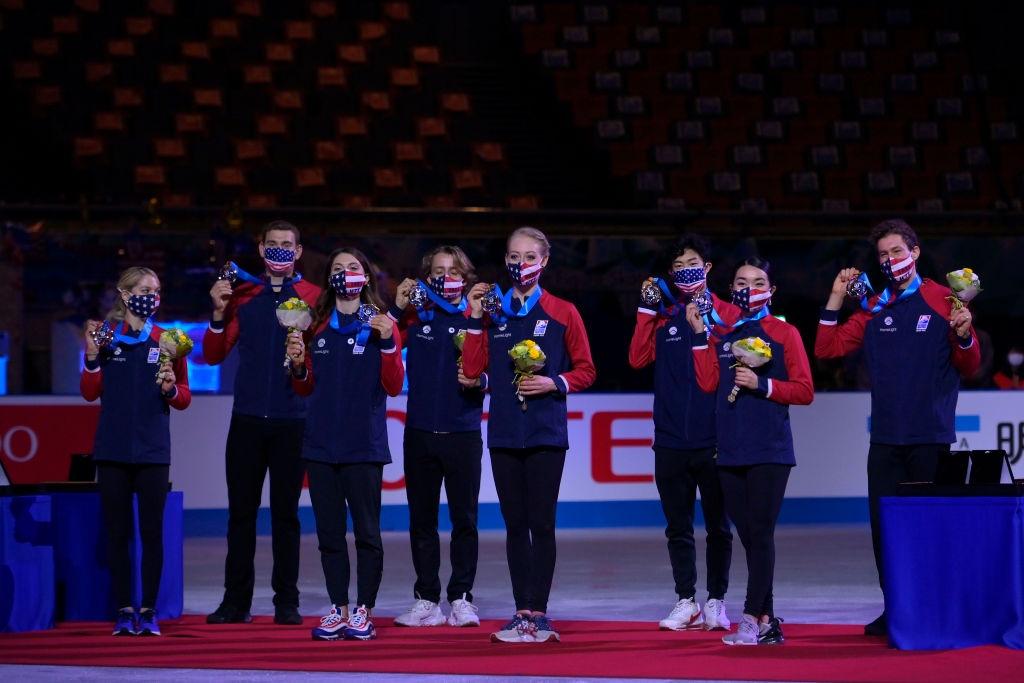 For Team USA, Alexa Knierim/Brandon Frazier were the top scorers. The U.S. Champions finished second in the Pairs Free Skating, adding 11 points to the team score. The newly-formed couple, competing in their first season together, put out a solid skate to “Fall On Me”, completing a triple toe-double toe-double toe combination, triple twist and throw triple loop. Knierim only struggled with the triple Salchow and the throw triple flip. The Americans set a new personal best with 133.63 points. 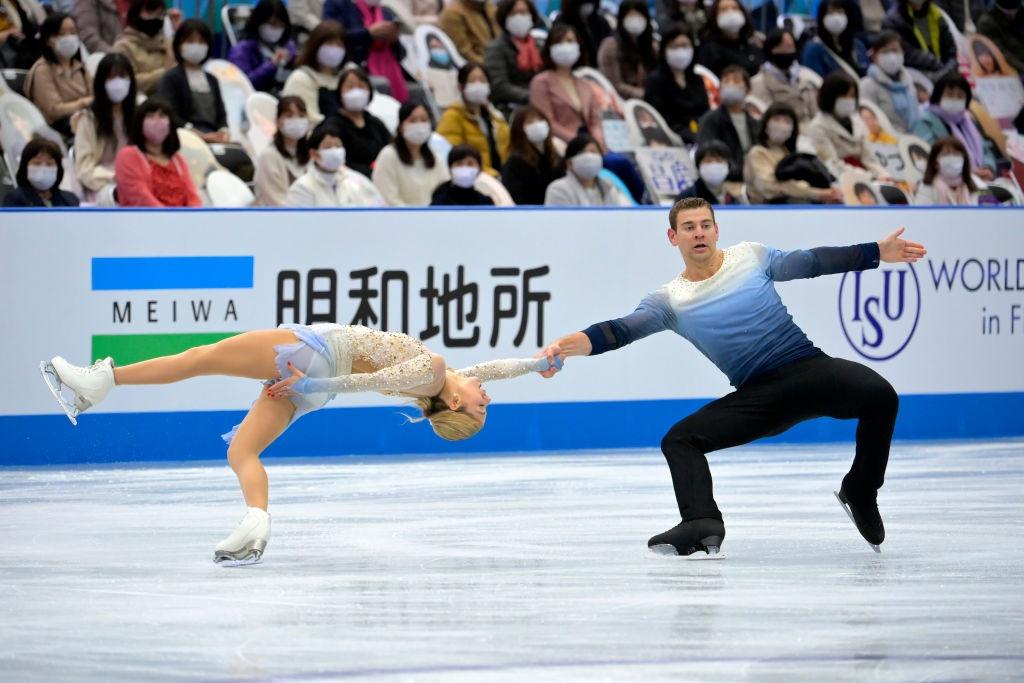 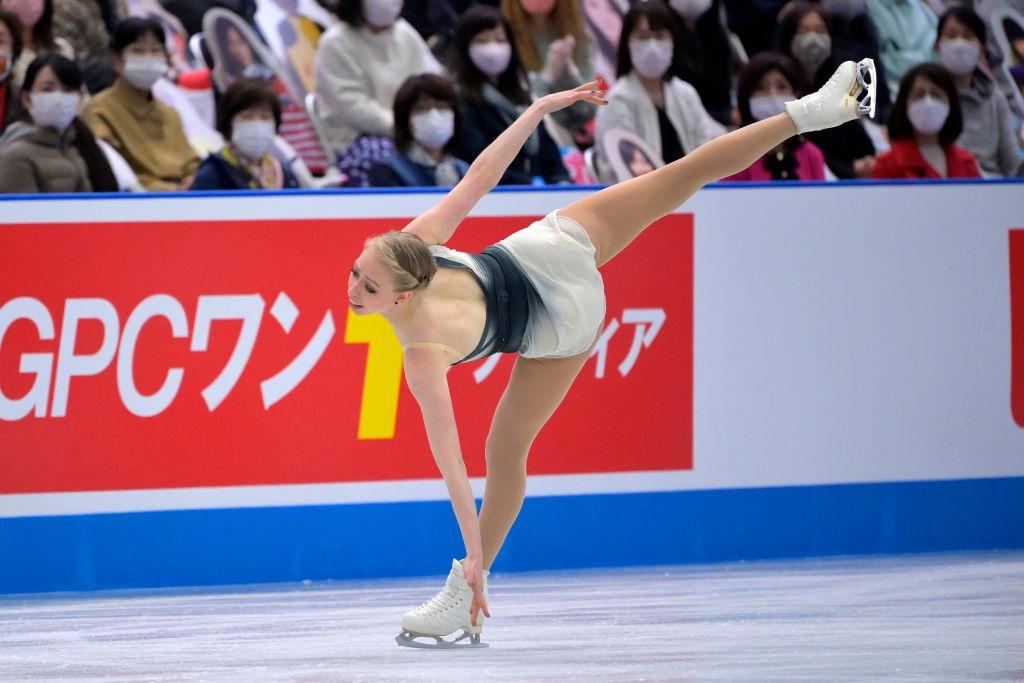 “I know, I said this a lot this week, but I’m just so proud of Team USA, I’m so proud of their fight, of their heart and courage out there. We are just all so grateful to be here and to be in front of an audience,” team captain Jason Brown shared. “It’s so special to be in Japan, it’s always so special like the cherry on top. We’re looking forward to returning home, taking a little break and then working towards the Olympic Season. The next step is making it to the Olympic team.” 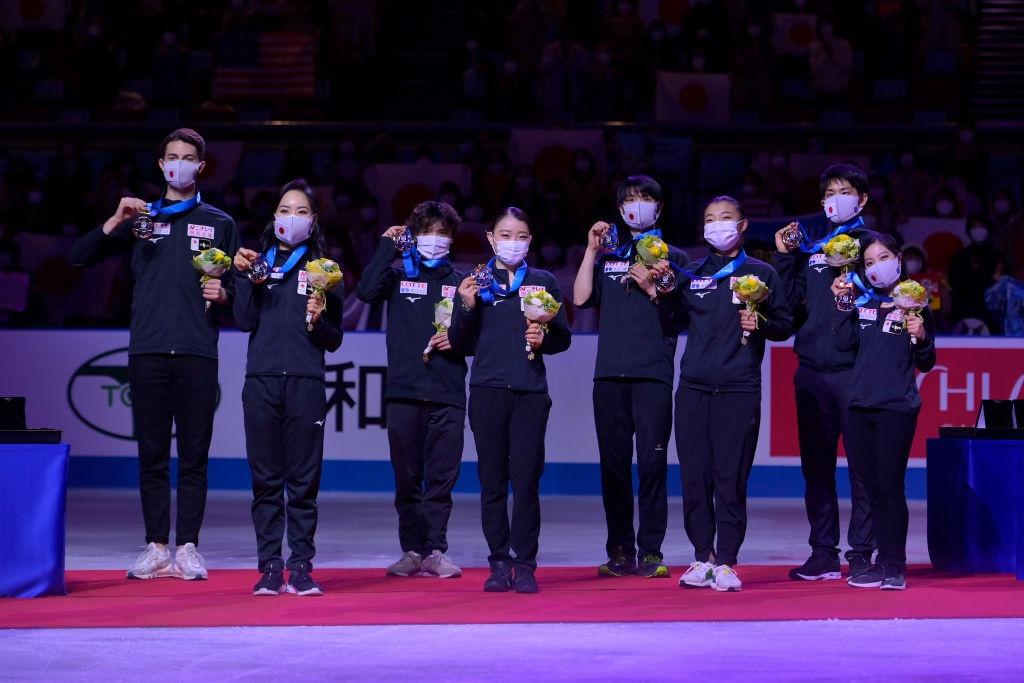 Team Japan caught up and came close to second place. Kaori Sakamoto turned in a stunning performance to make her team and the home fans proud, finishing second in the Ladies Free Skating to add 11 team points. The NHK Trophy Champion hit six clean triples in her dynamic program to “The Matrix”, only a Salchow was slightly under-rotated. She set a new personal best for herself with 150.29 points. Rika Kihira finished fifth. She fell on a triple flip-double toe combination (132.39 points/8 team points). 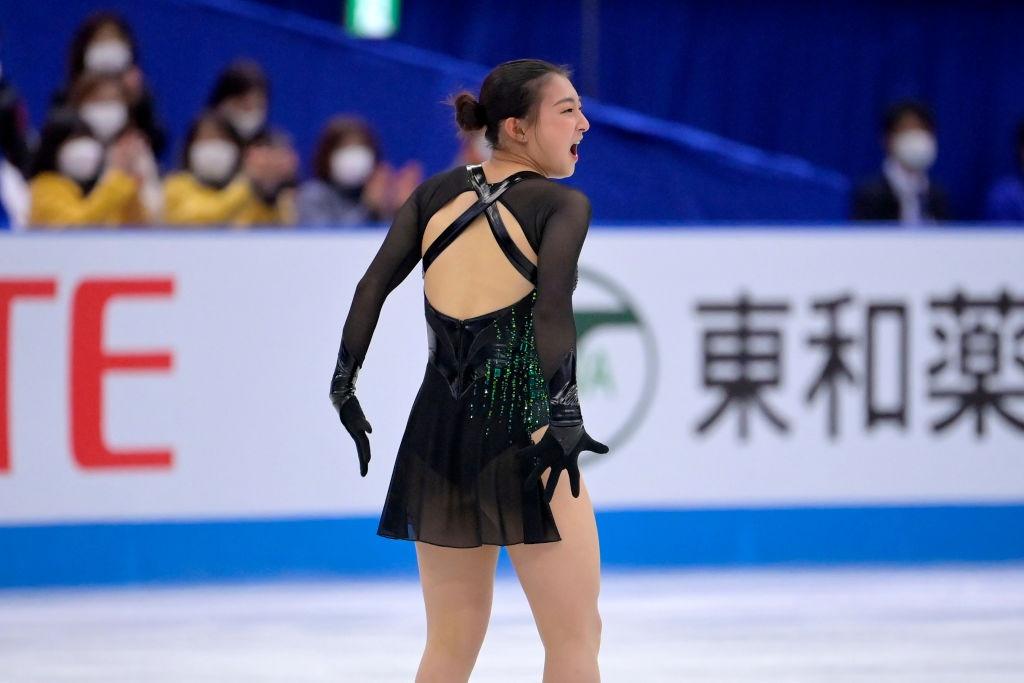 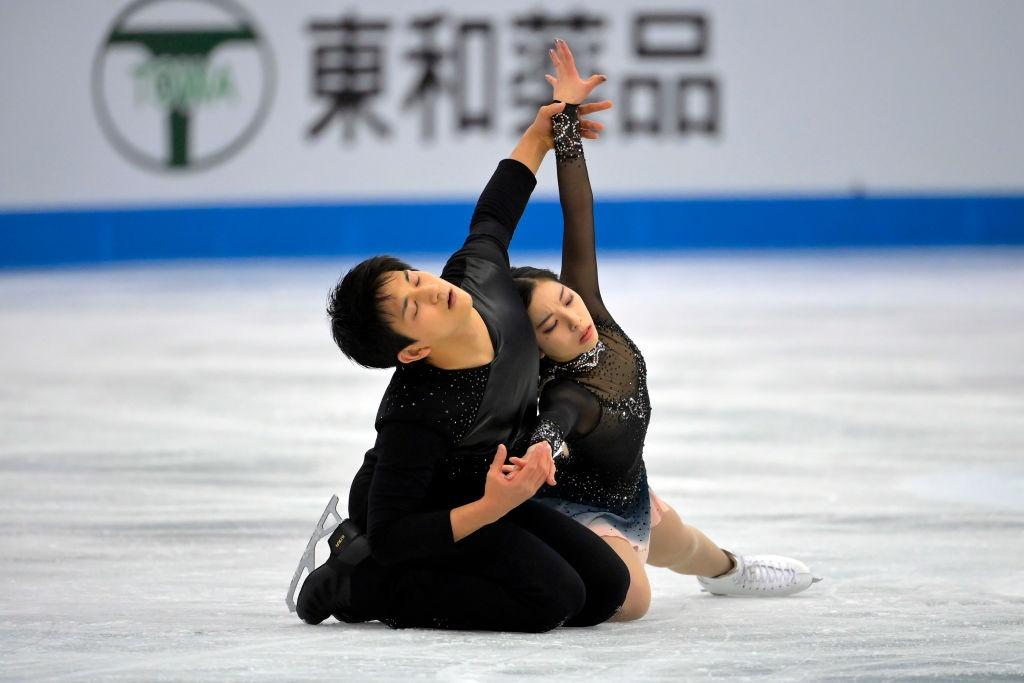 “I think all of us worked really hard, I’m very proud of my teammates. After the World Championships we didn’t have enough time to adjust and also there was quarantine and some had boot issues. As a whole team, for the country of Japan, we fought well and I’m really proud,” captain Kihara noted. 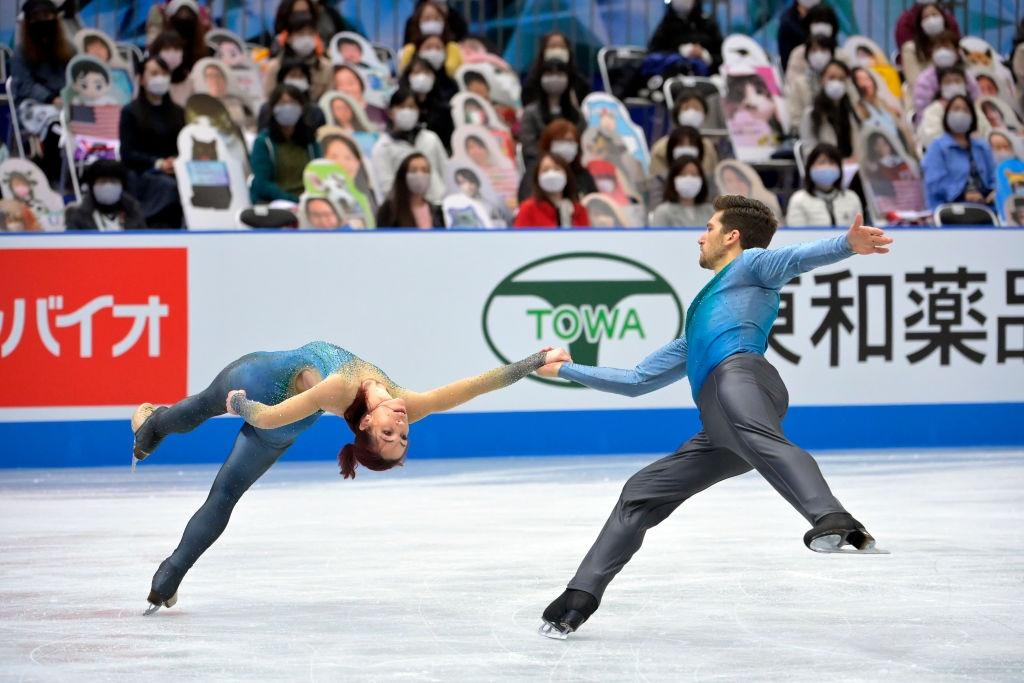 Team Italy pulled up from fifth to fourth place on 72 points. Pair Skaters Nicole Della Monica/Matteo Guarise ranked fourth in the Free Skating (128.24 points) and were the highest scoring team members with 9 points. Italy was short of one team member as Matteo Rizzo had to withdraw before the event due to medical reasons. 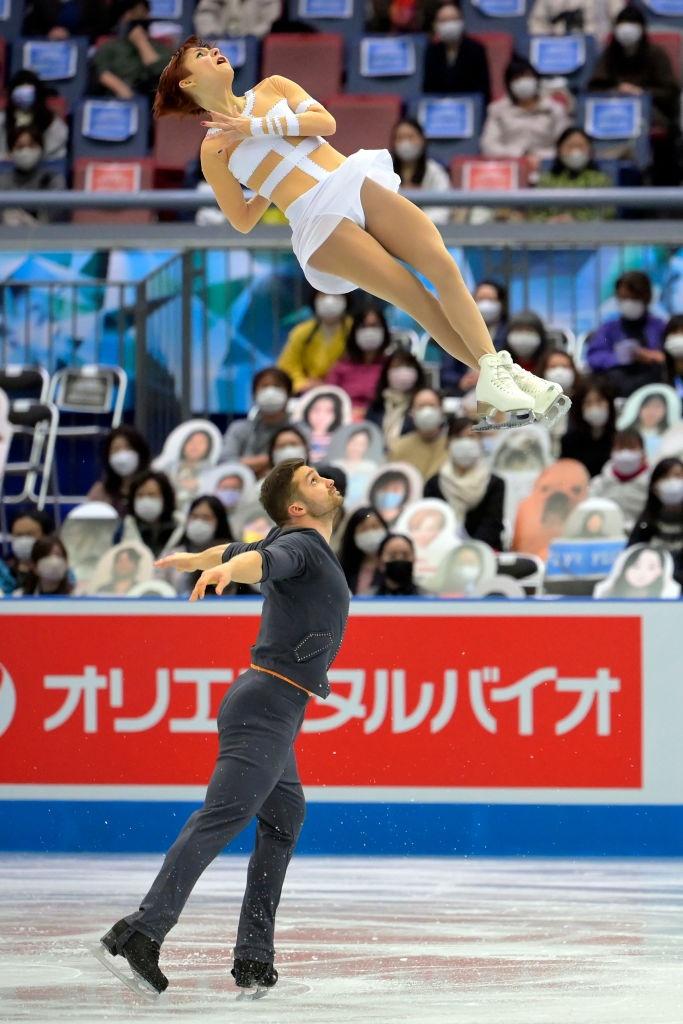 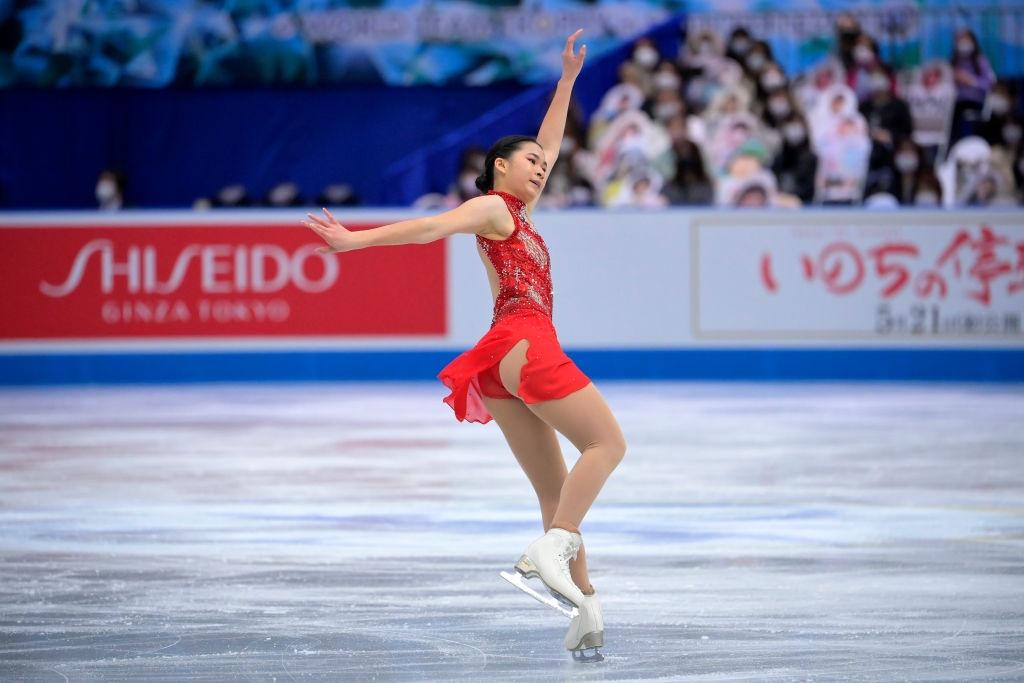 Team Canada finished in sixth place on 57 points. Alison Schumacher who came eighth in the Ladies Free Skating was the highest scoring team member on the final day.

The ISU World Team Trophy in Figure Skating concludes on Sunday with the Exhibition Gala.