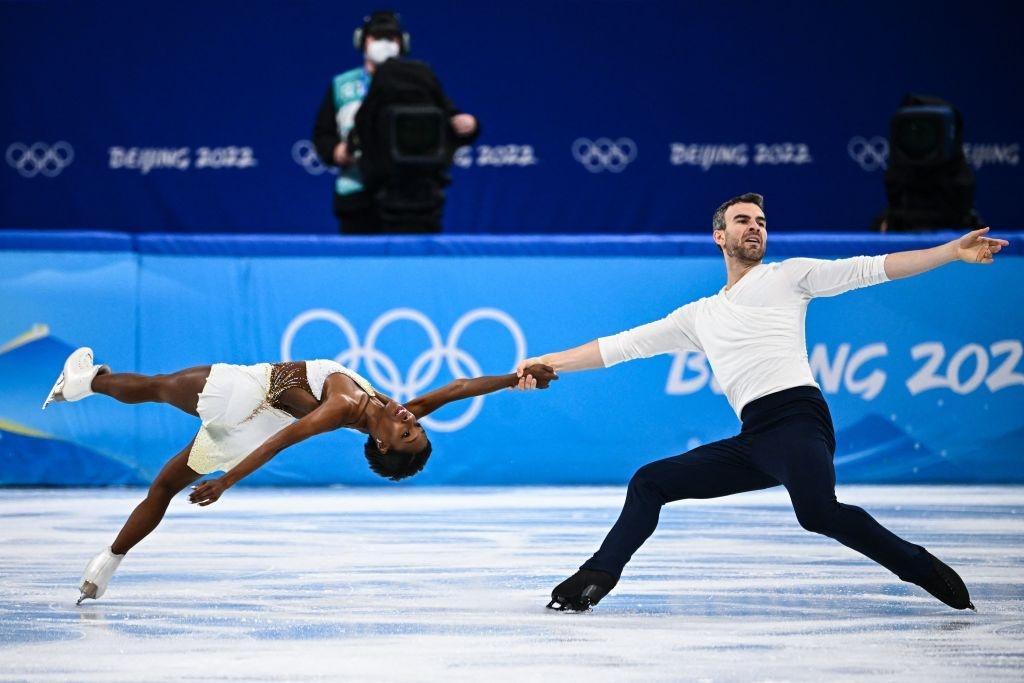 It is not unusual that two successful Skaters from different countries team up to continue their career together, but it does not happen so often that two accomplished athletes come out of retirement to start from scratch. But this is exactly what Canadians Vanessa James and Eric Radford did and they returned on to the Olympic stage as “new” team that has been skating together for less than a year. James, 34, won the European title in 2019 and World bronze in 2018 with her former partner Morgan Ciprès, competing for France. Radford, 37, is the 2015 and 2016 ISU World Champion and 2018 Olympic bronze medalist with Meagan Duhamel, representing Canada. James competed in her fourth Olympic Games and Radford in his third and yet everything was different this time around. 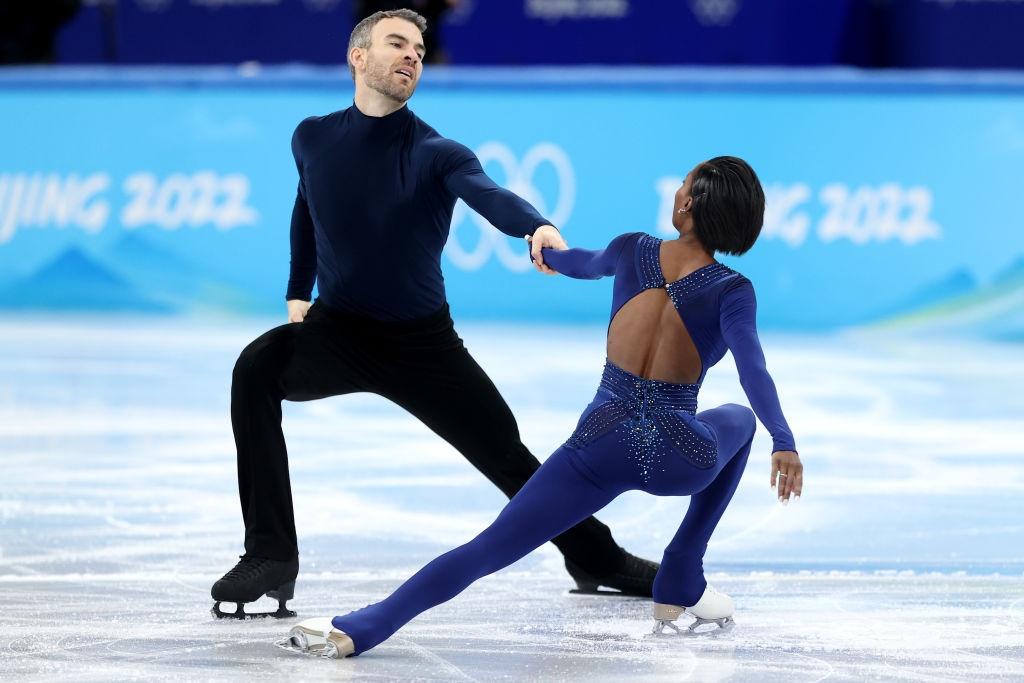 “The 2022 Winter Games were not my first Olympic Games, but it was definitely a new adventure and experience for both of us in our new partnership,” Vanessa shared. “We had only been skating together for 11 months by the commencement of the Olympics, with only seven competitions under our belt. So it was definitely both a challenge and an absolute thrill to be there competing amongst the best in the world.”

Eric agreed. “I loved every second of this Olympics. I never would have thought I would do another Olympics, so getting to experience one more time has left me feeling full of gratitude,” he said.

The performances were not perfect and the couple finished 12th, but it was the journey, not the result that was the most important. “Even though we are a new team, I feel that our past experiences have helped us to navigate our Olympic experience with a sense of poise, calmness and confidence,” James pointed out. ”I am very proud of everything we have achieved in such an extremely short period of time and the progress we have made from our very first competition in August 2021. I hope that we were instrumental in demonstrating that there is no age limit to success and that you can achieve whatever your heart desires with perseverance and determination,” she continued.

“This past year was unlike any other for me,” Radford added. “My personal reasons for skating are very different than they were before. I feel I had the best awareness at these last Games and I was able to enjoy the feeling out on the ice the most.”

James as well took in the Olympic experience more than ever before. “These Games more so than any of my past Olympic Games, really gave me the chance to absorb the magnificence of being part of something so great, that every four years athletes unite from around the world to compete in something that the Universe celebrates,” she explained. “The Olympics is often a once in a lifetime moment and I’ve had both the privilege and opportunity to compete in them four times. Some may call it divine intervention, but I feel that I have come full circle, after competing for France in the previous three Olympic Games, I now represent the country in which I was born, Canada!  This will be a greatest way to end my competitive career, when that time comes. Nothing feels better than that!”

Coming back from Beijing, the Skaters were busy. “It’s has been a whirlwind since we returned from Beijing,” Eric said. They were home in Montreal for two days and trained, then went to Toronto to work a stunt doubles for an upcoming movie and were headed to Zurich, Switzerland for shows. “We were there for a week. We feel very fortunate to be able to perform in those incredible shows. I also think we both like that we have stayed really busy since coming back because after a big event like the Olympics you can have a major emotional hangover which isn’t so pleasant,” Radford noted.

“Art On Ice was incredible as usual,” Vanessa said. “It’s really a show that’s in a league of its own. There are so many extraordinarily talented singers, dancers, skaters and other performers, so when it all comes together it truly is magical.”

Meanwhile the couple is back in Montreal. While competing at the Olympic Games were a big goal for the Skaters, they now have switched their mindset to the upcoming ISU World Figure Skating Championships in Montpellier, France (March 21-27).

“I think being able to perform in Art on Ice kept us in good shape training wise. Our last week of training was excellent. We haven’t missed a beat,” Eric observed. “There were a few skaters heading to Worlds who participated in the show and it was fun and motivating to train on the same ice with some of them including Keegan Messing (CAN), Gabi and Guillaume (Papadakis/Cizeron, FRA), and Leona (Hendrickx, BEL),” Vanessa added.

The Skaters are looking forward to the ISU World Championships for several reasons.

“One thing I’m very excited about is to skate for a big audience,” Radford commented. “It was a quieter energy in the arena at the Olympics and after the warm welcome we received at the (ISU Grand Prix) Internationaux de France I’m looking forward to performing in France again.”

Obviously, it is very special to compete in France for Vanessa as she represented the country for more than ten years in international competition. “I feel immense gratitude and I am extremely excited to skate in front of the French audience again. Of course France holds a special place in my heart. My journey has truly come full circle and it feels like the stars have aligned finishing my career competing in France and representing Canada. I couldn’t think of a better way to end this season,” she said.

Regardless whether the couple will continue their competitive career after this season or not,

James wants to continue to inspire other Skaters. “On reflection of these Winter Games and knowing that I was the only black figure skater at the Olympics, I feel inspired more than ever to encourage, include and motivate young people of color to experience the thrill and enjoyment of what I love, Figure Skating!  I feel that it is my pleasure and my responsibility to show our diverse world that if I can do this and achieve this it is possible for anyone who really wants it. I would love to be in a partnership with the ISU and the figure skating community as a whole, to realize this goal.”

Vanessa James/Eric Radford (CAN) come back to make a difference