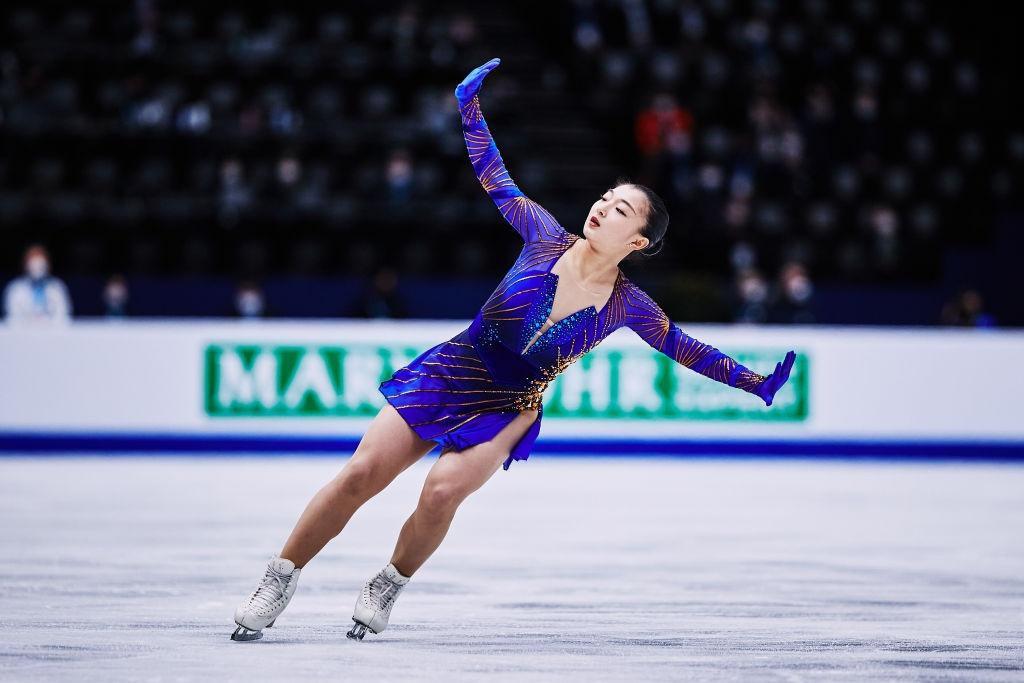 Kaori Sakamoto skated last and put out an excellent performance, reeling off a seven triple jumps including a triple flip-triple toeloop combination, a double Axel-triple toe-double toe as well as level-four spins and footwork in her program to “No More Fight Left In Me”. The Olympic bronze medalist maintained high speed throughout the performance and set a new personal best with 155.77 points. She accumulated 236.09 points to win the first World title for a Japanese lady in eight years. Mao Asada had won in 2014.

“I feel that this medal has a very precious meaning to me,” Sakamoto said. “It was the hardest month I have ever had, but this experience is something that only those who have competed in the Olympics and the World Championships can make, so it was a great experience to have it this time. I am very happy that I was able to overcome this challenge, because I don't think there is anything tougher than this in the future. It was the last time I performed this program in this season, so I felt it was a really good end to the season, and I was so happy to finally perform so well in the World Championships, I was so excited,” she continued. 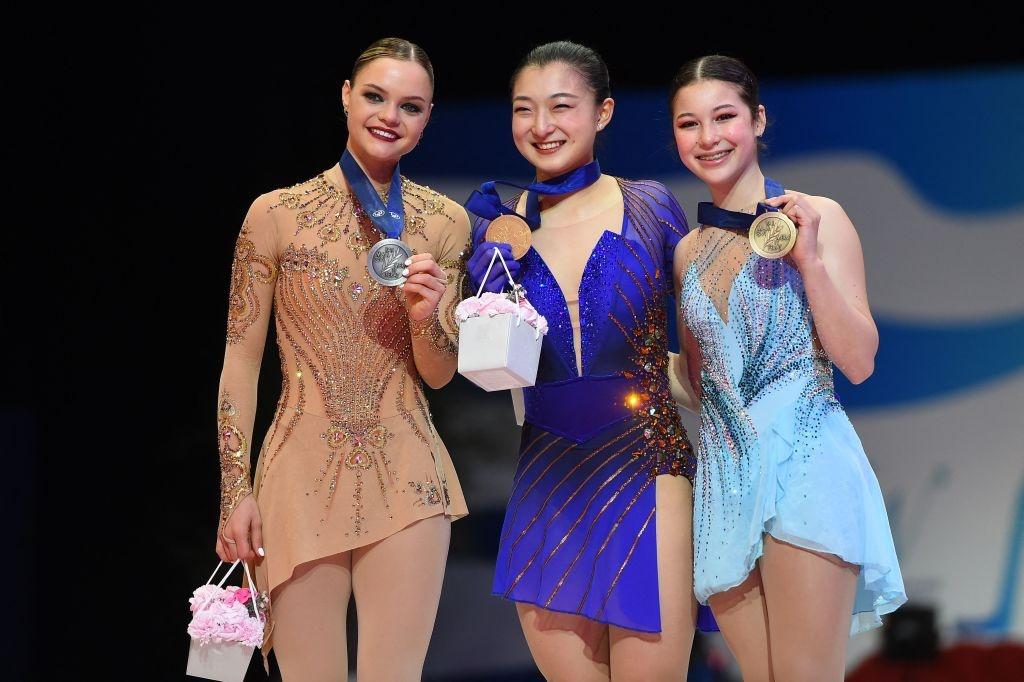 Loena Hendrickx turned in another exciting performance to Oriental music that was highlighted by four clean triple jumps, difficult steps and spins. The ISU Grand Prix Premio d’Italia bronze medalist scored 142.70 points which added up to 217.70 points overall. Belgium never had won a World medal in Single Skating before and the last World medal for the country was the Pair Skating gold in 1948.

“I’m speechless am super happy and all my hard work paid off to stand here with the silver medal is unbelievable and I’m so proud I can do it for myself and also for Belgium,” Hendrickx shared. “I had a really hard time going into these worlds, I had a lot of pain (due to a groin injury) but I wanted to show one last time that I can do it to finish my season strong and I’m just so happy with the result. I didn’t want any pressure on me because I know I couldn’t train how I wanted, I was already happy to be here and of course I wanted to show my best because otherwise I wouldn’t come because I know that there was something in me that said you can do it and I’m so proud of myself that I didn’t give up and I did what I came for.” 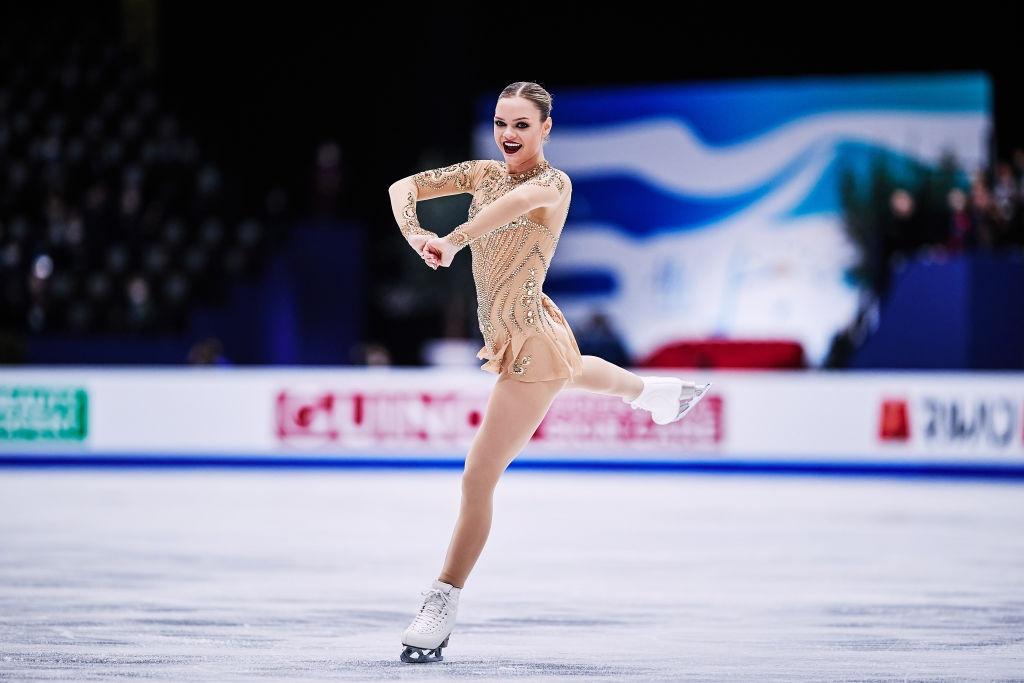 Alysa Liu went for a triple Axel in her routine to Petr Tchaikovski’s Violin Concerto in D, but it was underrotated. The 2020 World Junior bronze medalist went on to complete six clean triples and collected a level four for her spins. She netted 139.28 points and totaled 211.19 points. Liu is the first U.S. woman to win a World medal since Ashley Wagner earned silver in 2016.

“I’m still in shock. I think I did really good. I’m really proud of myself. I didn’t think I could do better than Olympics and I was like ‘it’s going to be hard to do it again at Worlds so soon after’ but I’m so happy. I took a week off after the Olympics and trained really hard for the little time I had and it paid off,” the 16-year-old said. 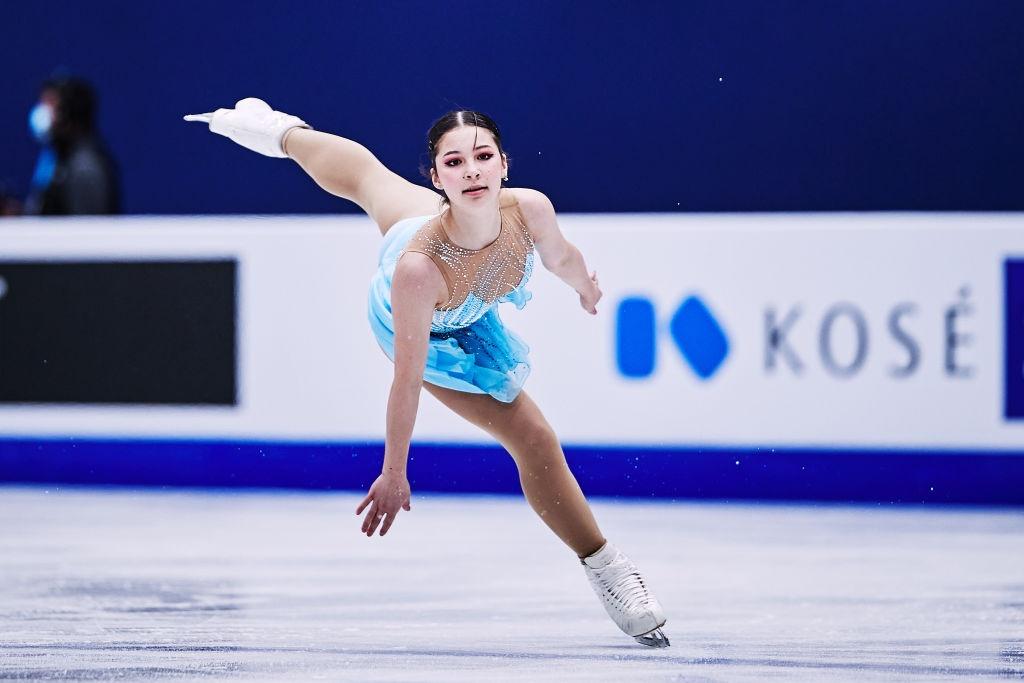