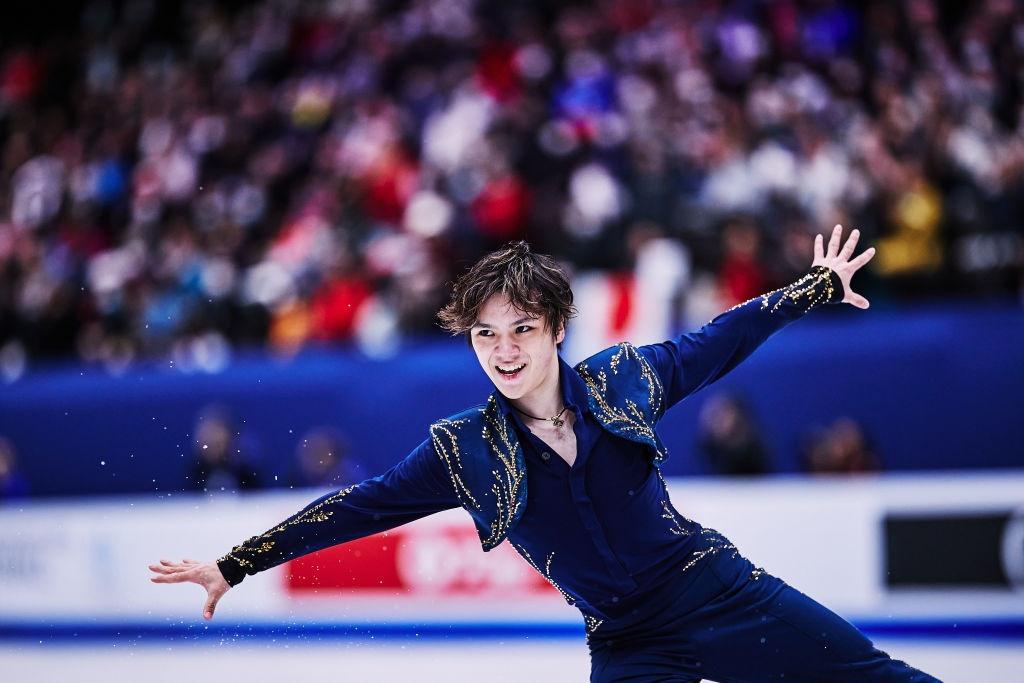 Short Program leader Shoma Uno (JPN) opened his dynamic performance to a modern version on Ravel’s Bolero with a confident quadruple loop and followed up with a quadruple Salchow, quad toe-double toe, quad flip and two triple Axels. The only glitches came when he underrotated a wobbly quad toe and singled the flip in combination with the second Axel. The two-time World silver medalist collected a level four for his spins and footwork and for the first time cracked the 200-points barrier in the Free Skating with 202.85 points. His total score of 312.48 is a new personal best as well. 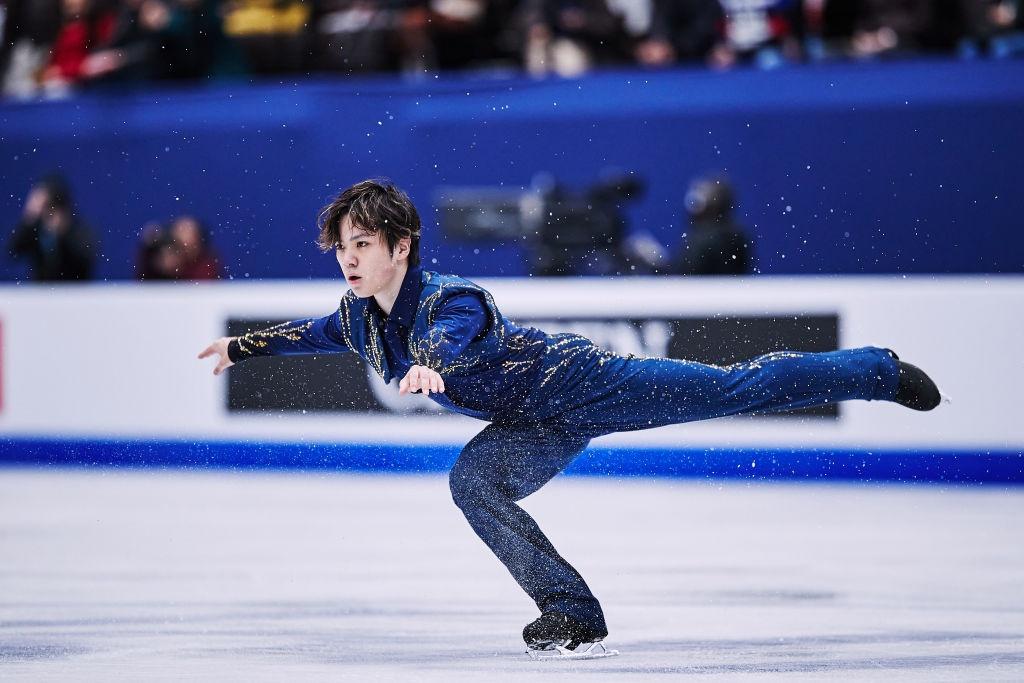 “This was my last Short and Free Program for this season, so I wanted to have a performance that made my coach Stephane Lambiel proud. I was able to achieve that and I haven’t won too often, so I’m very happy about that,” the 24-year-old skater said. “The choreography of this program is very challenging and I had to challenge myself for five quads. It was a very challenging year in a physical way. That I came here under these circumstances makes me really happy and I’m grateful for my score after having a difficult experience last time in France (at the Grand Prix in 2019). “During my steps I thought I was doing enough and I was really getting tired, but I wanted to do justice to Stephane. I was watching all the performances of the previous groups, so I knew very well where I was. All my emotions went into a smile at the end of my program,” he added.

Yuma Kagiyama (JPN) landed a quad Salchow, quad toe, quad toe-Euler-triple toe and three more triple jumps in his program to “Gladiator”, but he landed forward on his quad loop attempt (downgraded) and popped the Axel into a single. The 18-year-old athlete scored 191.91 points in the Free Skating and accumulated 297.60 points. 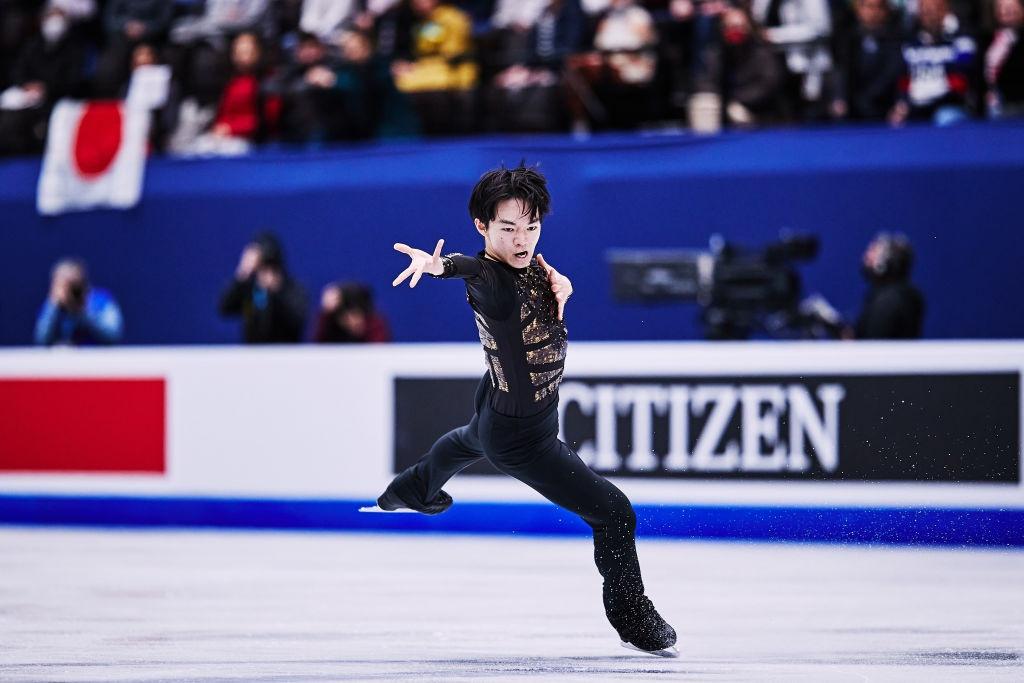 “Today it didn't go as well as at the Olympics. I made some really bad mistakes on the (quad) loop and the Axel. Emotionally I was really nervous and that's the reason why I couldn't do so well. The tension was maybe because I had a great opportunity to win and I was trying to put on a perfect performance, so maybe that fed my tension,” the 2022 Olympic silver medalist commented. “Last season at the Worlds I won the silver medal and maybe I put on too much pressure and lost focus and objectives. But I was able to regain my focus in the end and that was a big growth factor for me in this season,” he added. 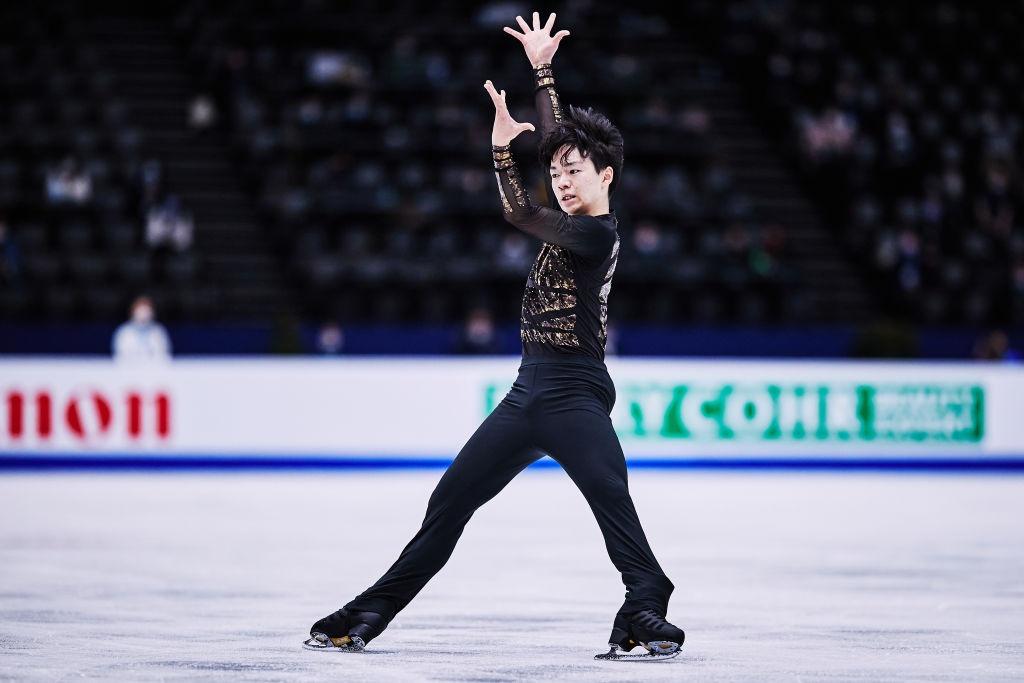 Zhou’s performance to “Crouching Tiger Hidden Dragon”, was highlighted by a quad Lutz, quad Salchow, triple Lutz-Euler-triple Salchow and an expressive step sequence, but he underrotated a few jumps. The American was ranked fourth in the Free Skating at 181.54 points but moved up to third to claim his second World bronze medal at 277.38 points. 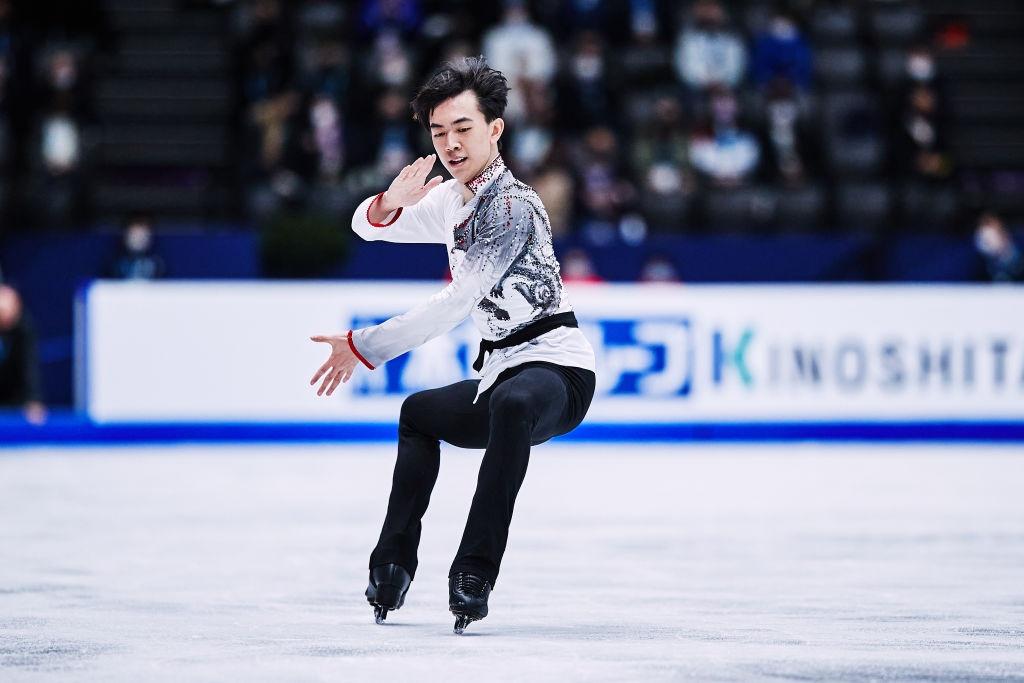 “The Covid (infection at the 2022 Beijing Olympic Winter Games) itself was not that bad but the mental hell I went through afterwards was infinitely worse than anything it could do to me,” Zhou shared. “I think about 11 or 12 days ago I woke up in that bottomless pit and I called my agent and my coaches and some people close to me and I felt like my whole career was a failure and it had been for nothing and I thought I couldn’t do it. The one thing that got me here to France was the feeling inside me that I didn’t want to live the rest of my life with the regret that I didn’t even try and so with that - that was the only thing that I guess kept me somewhat invested in my step by step journey of coming here. Getting on the plane first and getting on the ice and taking it day by day. That medal definitely was very difficult for me to come by and one of the most meaningful and significant moments of my career.” 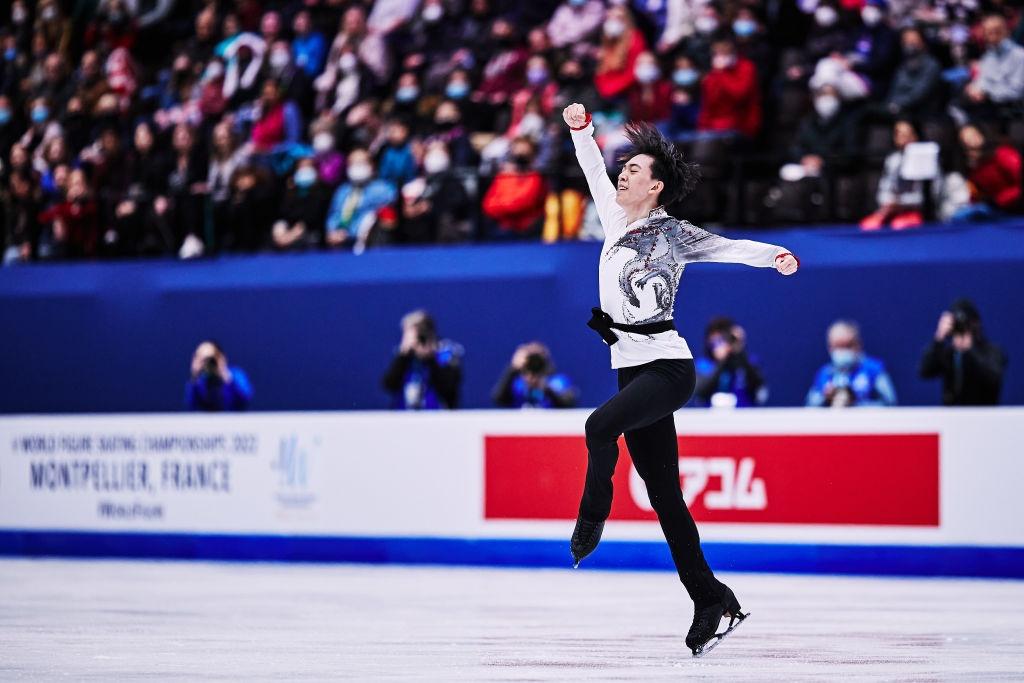 2020 European bronze medalist Morisi Kvitelashvili (GEO) pulled up from seventh to fourth with a personal-best performance to achieve the best result for a Georgian skater at the ISU World Championships (272.03 points). 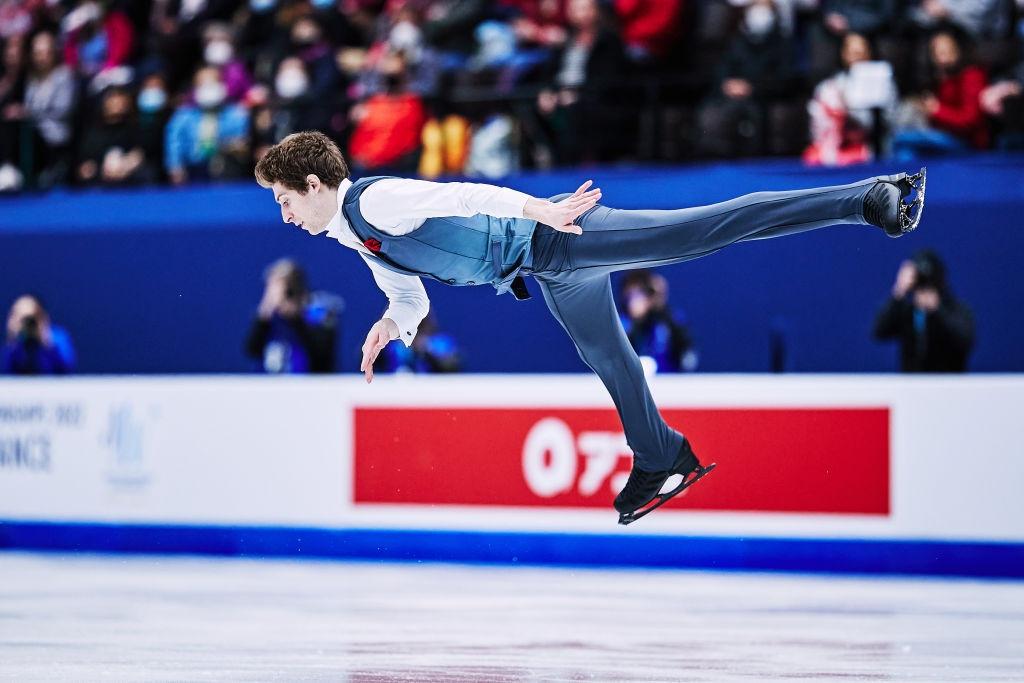 Camden Pulkinen ranked third in the Free Skating with an excellent performance to move up from 12th to fifth at 271.69 points. Kazuki Tomono (JPN) slipped from third to sixth after making some errors (269.37 points).

Junhwan Cha (KOR) withdrew before the Free Skating due to equipment failure. His right skating boot was broken.