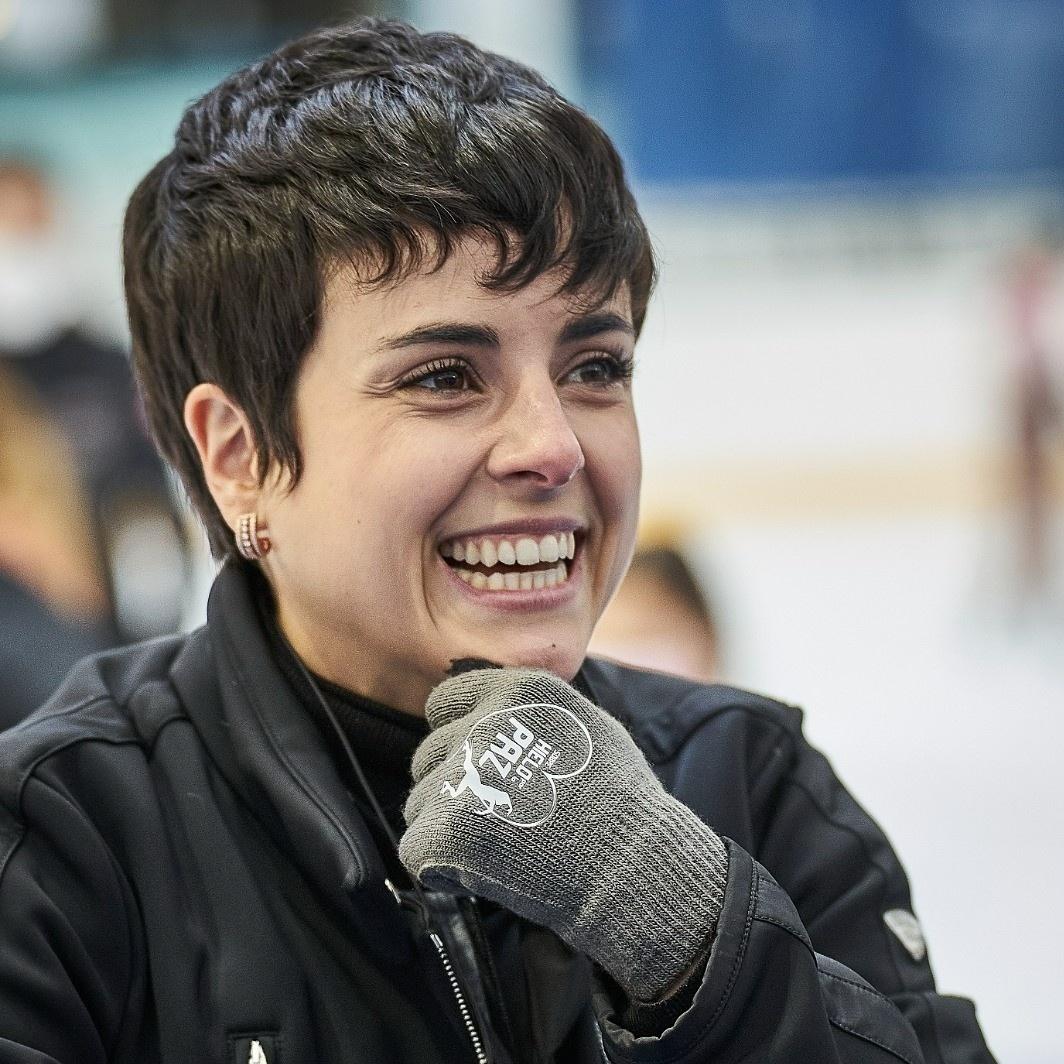 When the war in Ukraine broke out, Spanish Ice Dancer Sara Hurtado felt shocked and helpless as so many people. The athlete left Moscow in a hurry, where she had lived and trained with her partner Kirill Khaliavin since they teamed up in 2016. Back in her home town of Madrid, she kept following the news and the urge to do something grew.

“I thought, okay, me, myself alone, I'm not going to be able to make a big impact. But I couldn't stay quiet or sit with my arms folded looking the other way. I thought I‘ll turn to what I have, and what I have is my sport and people. I told myself, what if I put those things together and make something out of it? Something that truly helps and it goes beyond my own power?”, the two-time Olympian shared. 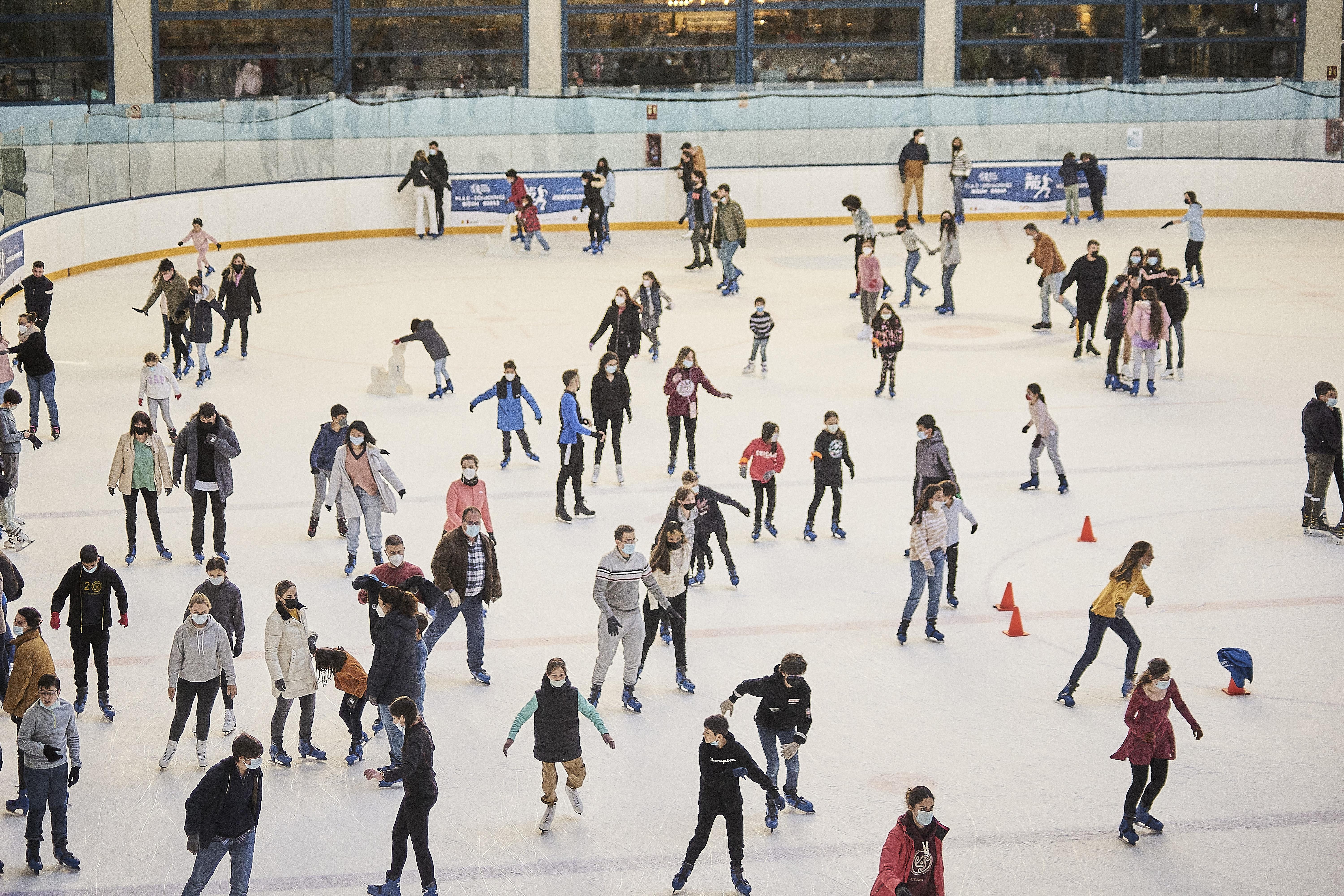 The Skater then talked to various organizations and picked World Central Kitchen. “I thought, what if we start from the very, really basic thing, which is food. These people (refugees) are not living in their houses, they are living their life away. What a nice way to welcome them with a warm plate of tasty food,” Sara noted. The NGO provides food for arriving refugees in Spain.

With the support of the Young Sports Association in Spain and their project “Sport Stands Up” that promotes sports as a tool to help to build a better society the fundraiser got underway. People came to the rink, skated, others came to watch and all bought tickets. The fundraiser skating sessions lasted four hours each on two days. During the last hour, a DJ put on music. “It was truly awesome,” Sara shared. “By helping, the people were also having fun. And it was like a two direction thing. They were learning what is figure skating, that you can do it as a hobby, as entertainment on weekends. To me, that's also really important because people in Spain think that figure skating is something that you only do in winter.”

Hurtado was on the ice as well. “I was skating with everybody, and everybody was skating with everybody. I just wanted to be with them and share that moment with the people and it was super special. But I was not the important part here. The important part was helping and doing what we could for the people that need it most now,” the multiple Spanish Ice Dance Champion pointed out. “Even Ukrainian people that are living here came. And even if we hadn't made it to the 6000 Euros, just seeing them, seeing that bit of hope in their eyes made it all worthwhile,” she added.

In addition to the tickets, money was raised through a souvenir sale. “We made some gloves for the weekend because people normally forget to bring gloves,” Sara explained. “We also had a table with special donations that some friends donated, for example a dinner in a really good restaurant in Madrid. A singer and author donated a book and a CD with his signature. Another friend donated a painting that is super nice. So we had those little things off ice for the people that were not skating.”

According to World Central Kitchen, two Euros feed one person, so money was raised to feed 3000 people.

The Ice Dancer would love to repeat this event. “We are not solving the problem, but at least we can help. There is interest in bringing it to Barcelona. It's like a lot of light in a very dark time.  And it just makes me love my sport even more.“

Hurtado got very emotional during the ISU World Figure Skating Championships when she was commentating for TV and watched her friends, Ukrainian Ice Dancers Olexandra Nazarova/Maksym Nikitin, with whom she had trained together in Moscow. “Watching Sasha and Max …. It is heartbreaking. I don't even have words to describe because if I think about it, I will probably start crying because it's just so unfair and so bad. I had to stop my mic and just be like, one second. It was so touching and so it went so deep,” Sara recalled.

As for their own career, Hurtado/Khaliavin have not yet made a decision whether they will continue to compete or not. “Already after Europeans, we were very tired mentally, physically, emotionally, and we needed some kind of cool down and rest to reassess what we want,” Sara explained.

“If we will be skating in Madrid, of course, there is no coach, so we will have to work with the Federation to find a coach or find a way to prepare at the level that we're looking for. If we keep skating, we're not going to be just for fun. We want to improve ourselves and just push. That is a decision that you need to make with a clear head,“ she concluded.

If the Ice Dancers decide to end their competitive career they both want to stay involved in Figure Skating and help the next generation of Spanish Skaters and especially Ice Dancers to develop.