Skating to “In This Shirt” by The Irrepressibles, Safina/Berulava produced a triple twist, triple toe-double toe-double toe, throw triple loop and Salchow as well as innovative lifts. The only glitch came when Safina stepped out of the triple Salchow. The two-time ISU Junior Grand Prix medalists collected a level four for the twist, lifts and pair combination spin to score 120.35 points. The Georgians totalled 188.12 points to take the title.

“We are extremely happy to end the season on such a high note,” Berulava said. “It was a long and busy season with many competitions and to end it with a gold medal is really nice. We are very happy for Georgia.

“We already have some figure skaters in Georgia and an ice rink will be built so hopefully this will help the development of figure skating in Georgia.” 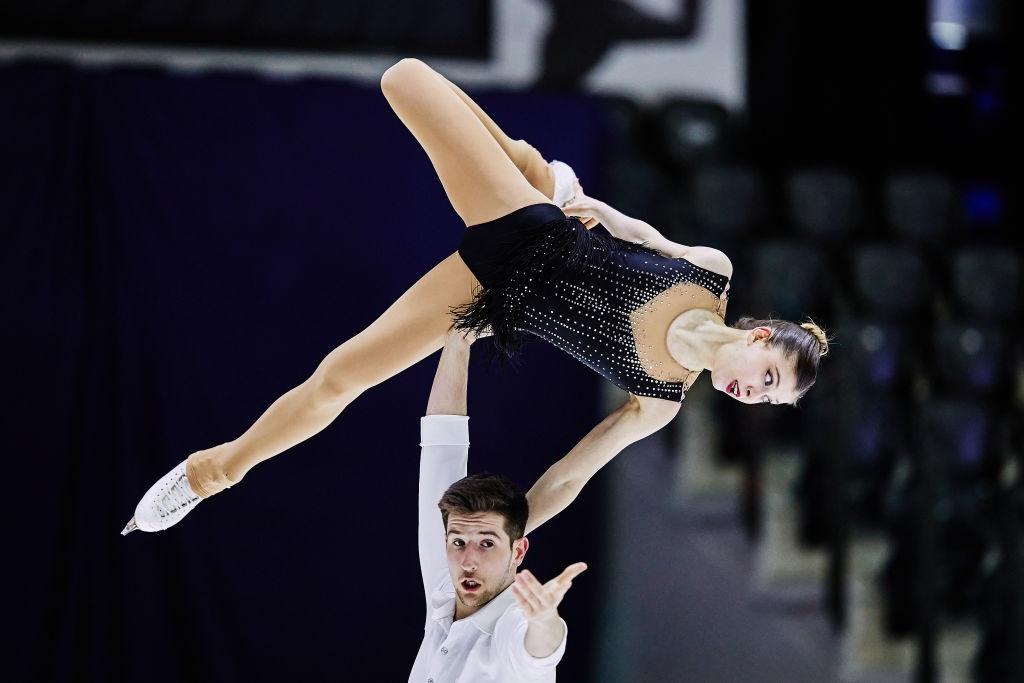 The team picked up 108.19 points for their Free Skating which added up to 169.91 points overall. Golubeva/Giotopoulos are the third Australian Pairs team to medal at the ISU World Junior Championships after Ekaterina Alexandrovskaya/Harley Windsor won gold in 2017 and Elizabeth Cain/Peter Cain won bronze back in 1976.

“This is my first medal. We have some little mistakes in the program, but overall we’re very happy,” Golubeva said. “It means a lot of us. It is a huge accomplishment and amazing achievement. We’ll train hard and we’ll compete in juniors and seniors next season,” Giotopoulos Moore added. 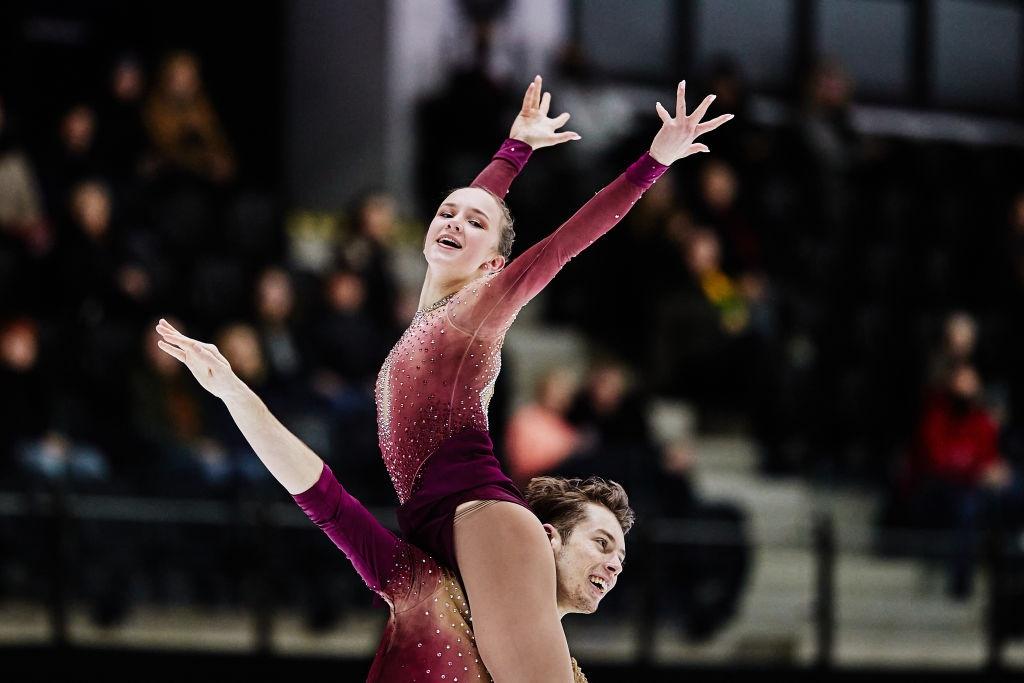 McIntosh/Mimar produced a triple twist, a shaky triple toe-double toe and two more triple throws in their program to “Your Song” by Elton John, but McIntosh missed the side by side triple Salchow. The Canadians earned 98.80 points for the Free Skating and accumulated 156.80 points overall.

“We’re just happy to be here, thank you to the ISU and Estonia for having us,” said McIntosh. “Our program was not perfect, but we’re happy we got a medal.”

Mimar added: “Coming here we knew we have a chance to make the top five.” The Canadians will move up to the senior level in the upcoming season.