Most athletes think in Olympic cycles and when an Olympic season ends, this is often the time Skaters choose to retire. They have reached their goals or they are just ready to move on. Not surprisingly, the end of the 2021/22 season marked the end of the career of many Skaters, some of which fans have followed for a very long time.

Others might still ponder their decision or will announce their retirement later. In many cases, the Skaters stay connected to the Figure Skating world. Some will perform in shows and tours while others start a new career as coaches or choreographers.

Two-time ISU World medalist Satoko Miyahara announced her retirement on her 24th birthday on March 26 on her Instagram and blog. “Since last Nationals, I had been thinking a lot about my career. I dedicated all of my power and mentality (especially this year) through Figure Skating. Last year I ended competing Nationals with huge fulfillment. Therefore, I decided to retire from competing. I have no regrets. And, I have a lot of dreams for my next step,” she wrote. 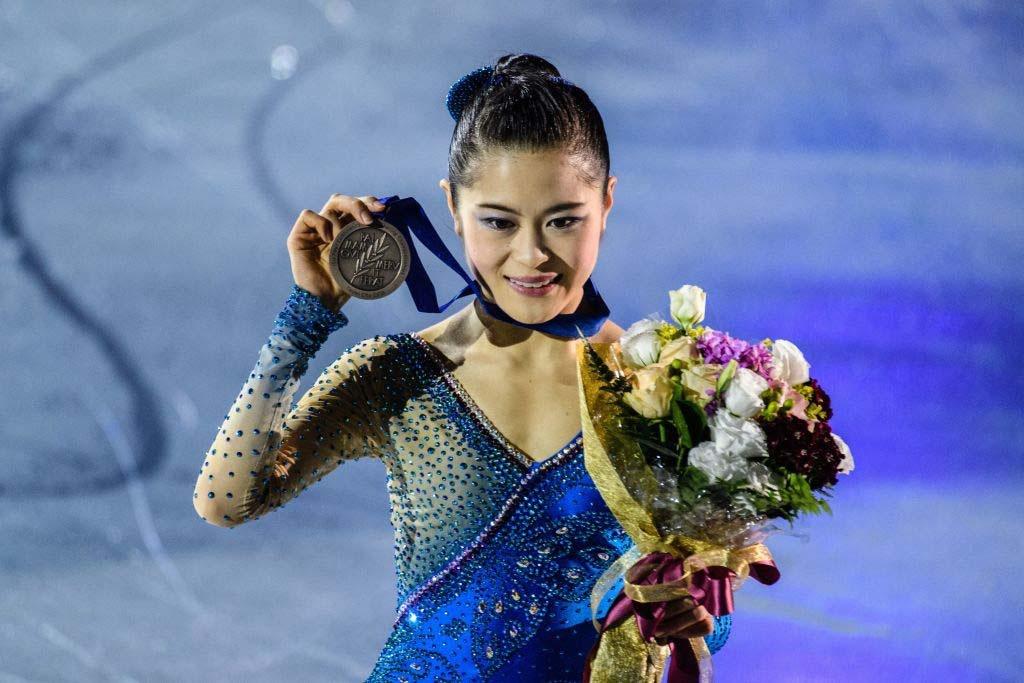 Satoko wants now to pursue a career as a professional show skater.

Michal Brezina has enjoyed one of the longest careers in the sport. Since 2008, he competed in 14 consecutive ISU European Championships, in ten ISU World Championships and in four Olympic Winter Games 2010-2022.

“From my start with sport it has been a dream of mine to be an Olympian, it never even crossed my mind when I went to my first Olympics that 12 years later I would still be here,” Michal wrote on Instagram. “I'm grateful for the opportunities I was given and opportunities I created throughout my skating life and I'm always going to be proud of the things I achieved for myself and my country.”

Brezina, who lives with his wife Danielle (a former international Single and Pair Skater) and his daughter Naya Rose in California, pursues a coaching career.

He has coached even during his active career and also launched a clothing line, +Five apparel. 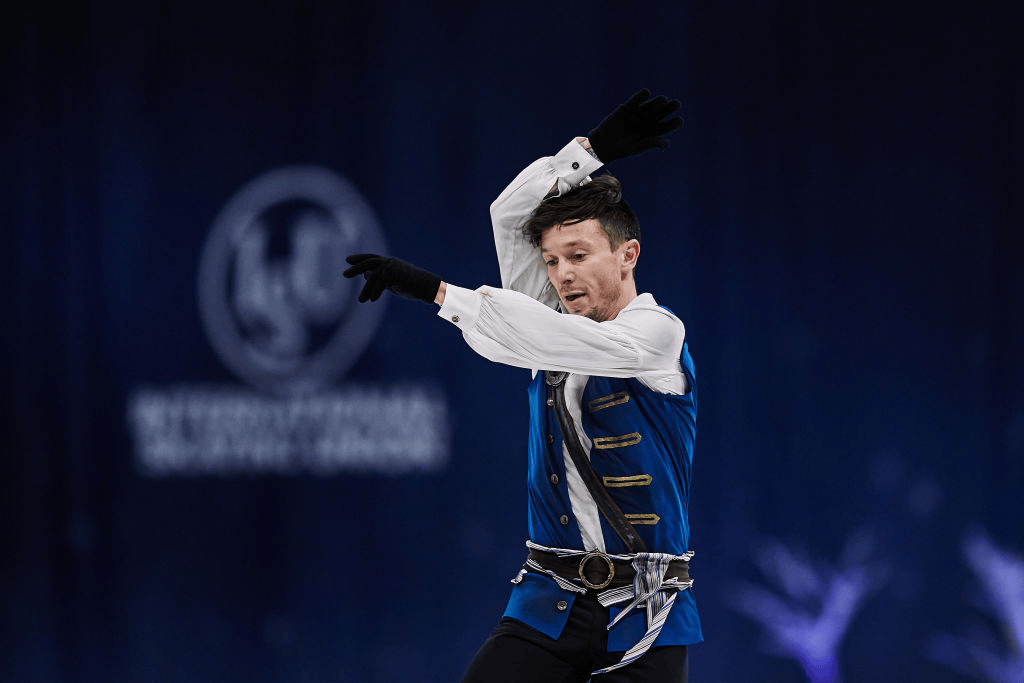 Alexei Bychenko is another competitor who can look back at a very long and successful career. In 2005, he started out for Ukraine, his country of birth, but represented Israel internationally since 2011. Alexei made history when he won the first medal, a silver, for Israel at the ISU European Championships in 2016. He represented his adopted country in nine ISU European and World Championships since 2012 as well as in three Olympic Winter Games. Alexei, who got married to Alona, a former competitive Ice Dancer, in 2021, and lives the USA, remains involved in the sport as a coach.

The most unexpected retirement announcement came from Alysa Liu, who is only 16 years old. Despite her young age, Alysa has quite a few achievements under her belt: She became the first woman to perform a triple Axel and a quadruple jump, the Lutz, in one program at the ISU Junior Grand Prix in 2019. She claimed bronze in her first and ultimately only ISU World Championship appearance in 2022, finished 7th at the Olympic Winter Games and won two national senior-level titles.

“I started skating when I was 5 so that’s about 11 years on the ice and it’s been an insane 11 years,” Liu wrote on Instagram. “I’ve made so many friends, and so so sooo many good memories that I’ll have for the rest of my life. I honestly never thought I would’ve accomplished as much as I did. Now that I’m finally done with my goals in skating I’m going to be moving on with my life.”

According to her that includes to spend more time with her family and friends and to start studying. This spring and summer Alysa is still taking part in shows.

Elizabet announced her retirement at the beginning of the season last September. “Many of you know that my back has been bothering me for a long time. Unfortunately, I was unable to overcome this injury that makes full-fledged practices impossible.

For me, the end of this chapter in my life is the beginning of a new one,” she said in her Instagram statement. The 2019 ISU Four Continents silver medalist hopes to help to develop Figure Skating in Kazakhstan.

2014 World Junior Champion and ISU World competitor Nam Nguyen announced his retirement end of May.“ It has been an honor representing Canada at the highest levels of our sport and I cannot thank Skate Canada enough, for all the trust and opportunities they have given my team and I over the years of my career,” said Nguyen in a statement published by Skate Canada.

“I’ve learned so many valuable lessons throughout the years that I will take with me as I move on to the next chapter of my life.” He will continue to work in skating as a coach.

Miyahara’s teammate Keiji Tanaka stepped down as well and plans a career as a show Skater. The 27-year-old is the 2011 ISU World Junior silver medalist and competed at the 2018 Olympic Winter Games as well as in three ISU World Championships 2017-19.

Miriam Ziegler/Severin Kiefer said farewell to competitive skating at the ISU World Figure Skating Championships 2022 with their best result since their debut as a team in 2014. They placed seventh. Ziegler/Kiefer participated in three Olympic Winter Games 2014-22 and were the first Austrian Pair Skaters to qualify for Olympic Games since 1976. Miriam is even a four-time Olympian as she competed in Single Skating in 2010. 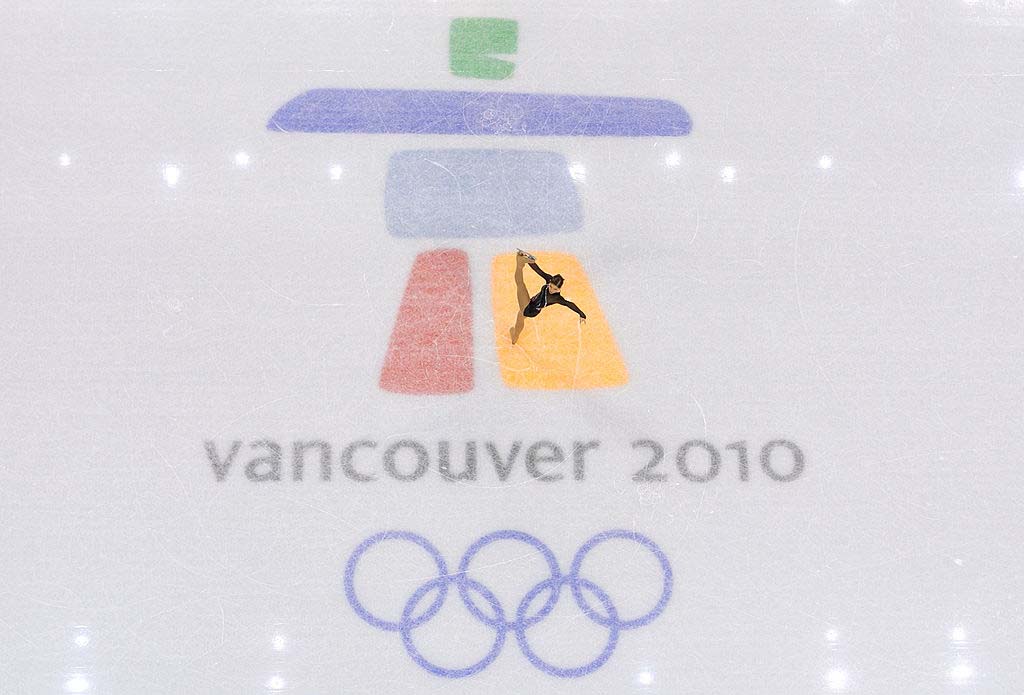 “Some time has gone by since we stepped on the ice for our last competition and I still struggle to put my feelings into words. In summary I really couldn’t have asked for a better event to close this amazing chapter in my life,” Ziegler said in an Instagram post.

“I am very proud, it was quite difficult to keep the emotions under control, I am proud of how we managed it. I am also proud of Miriam, she tried everything. It was a wonderful week and yes a great feeling of gratitude,” Kiefer commented after their final Free Skating in Montpellier.

They both plan to stay involved in Figure Skating. Severin wants to coach together with his sister Julia while Miriam plans to work for the Austrian Skating Federation. 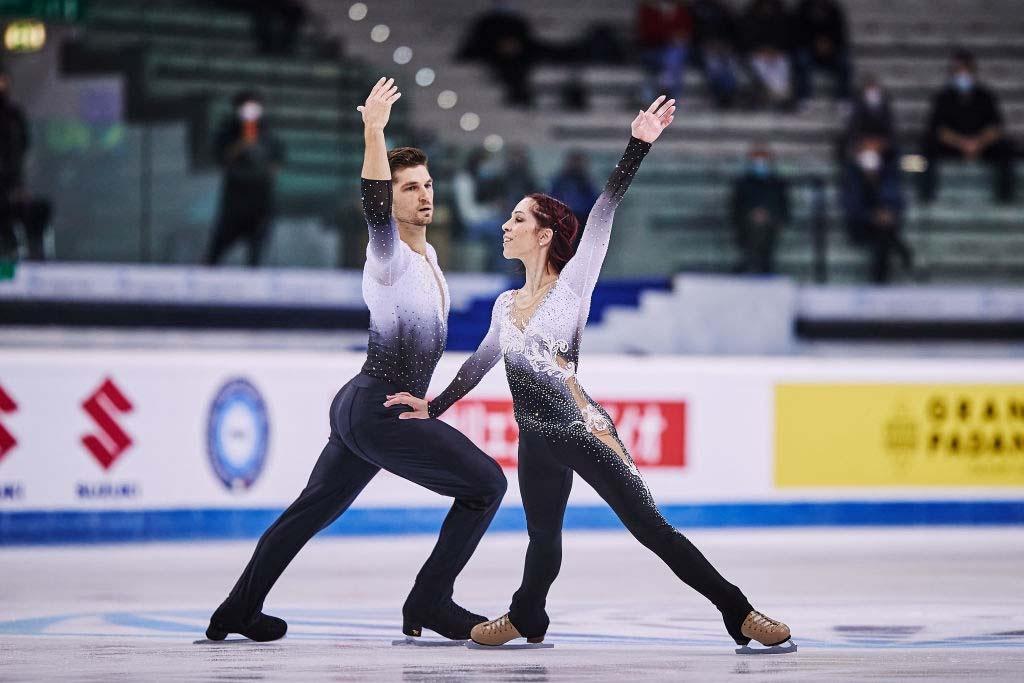 “It' s been 27 years since I was just a little girl and tried skating for the first time,” Nicole wrote in her retirement announcement.

“This sport has given me so much, it has taught me discipline, respect and sacrifice. It has given me so many emotions and has given me the opportunity to meet so many wonderful people and to travel the world." Matteo Guarise, on the other hand is hoping to continue his competitive skating career.

Evgeni Krasnopolski went to three Olympic Winter Games 2014-22 with three different partners and now moves on to a coaching career.

Brian Johnson, who was partnered with Jessica Calalang since 2018 and placed as high as fourth at the ISU Four Continents Championships 2020, announced his retirement as well. 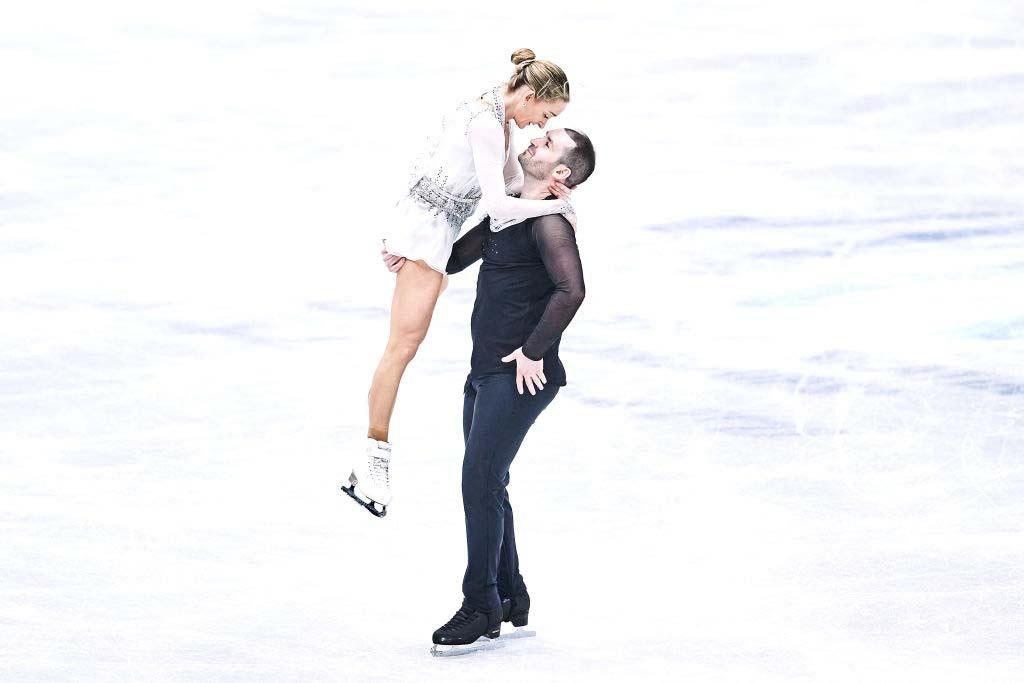 This season marked also the end of the unusual career of Zoe Jones/Christopher Boyadji. Former Single Skater and National Champion Jones retired in 2001 and came back as a Pair Skater in 2016.A mother of three, she competed in five ISU World Championships with Boyadji and now finished her competitive career at age 42. Jones and Boyadji are coaching, including Jones’ children.

Madison Hubbell/Zachary Donohue had made it clear from the beginning of the season that it would be their last one and they took in every moment. Since teaming up in 2011, the Americans have collected four World medals, an Olympic bronze medal in the individual event plus another Olympic medal in the Team Event in 2022 as well as many more medals and titles.

“I don’t think if I had the chance to go back and tell myself that I would say anything (different). I think everything I’ve lived has been for a reason and I’ve learned lessons through all of it. I believe I had to go through every single moment to be the person I am today and I have no regrets,” Madison shared at the final press conference in Montpellier.

“I’m going to miss some people a lot and I’m very grateful for all of the people in my life that have shaped who I am as a man, as a person, as an athlete, as a dancer – my incredible partner, these amazing teammates this coaching staff – guys, you don’t know how much they put up with!

I would try to use that as a way to encourage other younger athletes coming up to really live in the moment and to take everything in,” Zachary said.

Hubbell/Donohue joined a skating tour after the World Championships and both plan start a career as coaches and choreographers.

Adrian Diaz, the first Spanish Ice Dancer to compete at the Olympic Winter Games (with his former partner Sara Hurtado), informed the Skating world about his retirement by a letter, published on the website of the Spanish Federation.

“After so many years, I feel that the time has come to turn the page and close this beautiful chapter of my life,” his statement reads. “It is not easy, especially when you are not alone and the decision also affects a whole team.” Adrian thanked his current partner, Olivia Smart. “You know how proud I am of you and what we've experienced this last season has been incredible and unforgettable.”

Diaz is the fiancé of Hubbell and they plan their wedding for 2023.

At the time of writing, there was no comment from Smart.

A surprising retirement announcement came from Natalie D’Alessandro, who just won the silver medal at the ISU World Junior Championships with Bruce Waddell in April. The 17-year-old wants to start studying full-time.