The following text was written by Timothy LeDuc (USA) for the International Skating Union in support of Pride Month.

Hello everyone! Happy Pride! I’m Timothy LeDuc, my pronouns are They/Them, I am the 2019 and 2022 United States Pairs Champion and Beijing Olympian with Ashley Cain, and I’m very excited to be writing to you as part of the ISU’s effort to boost the voices of LGBTQ+ athletes during Pride Month. 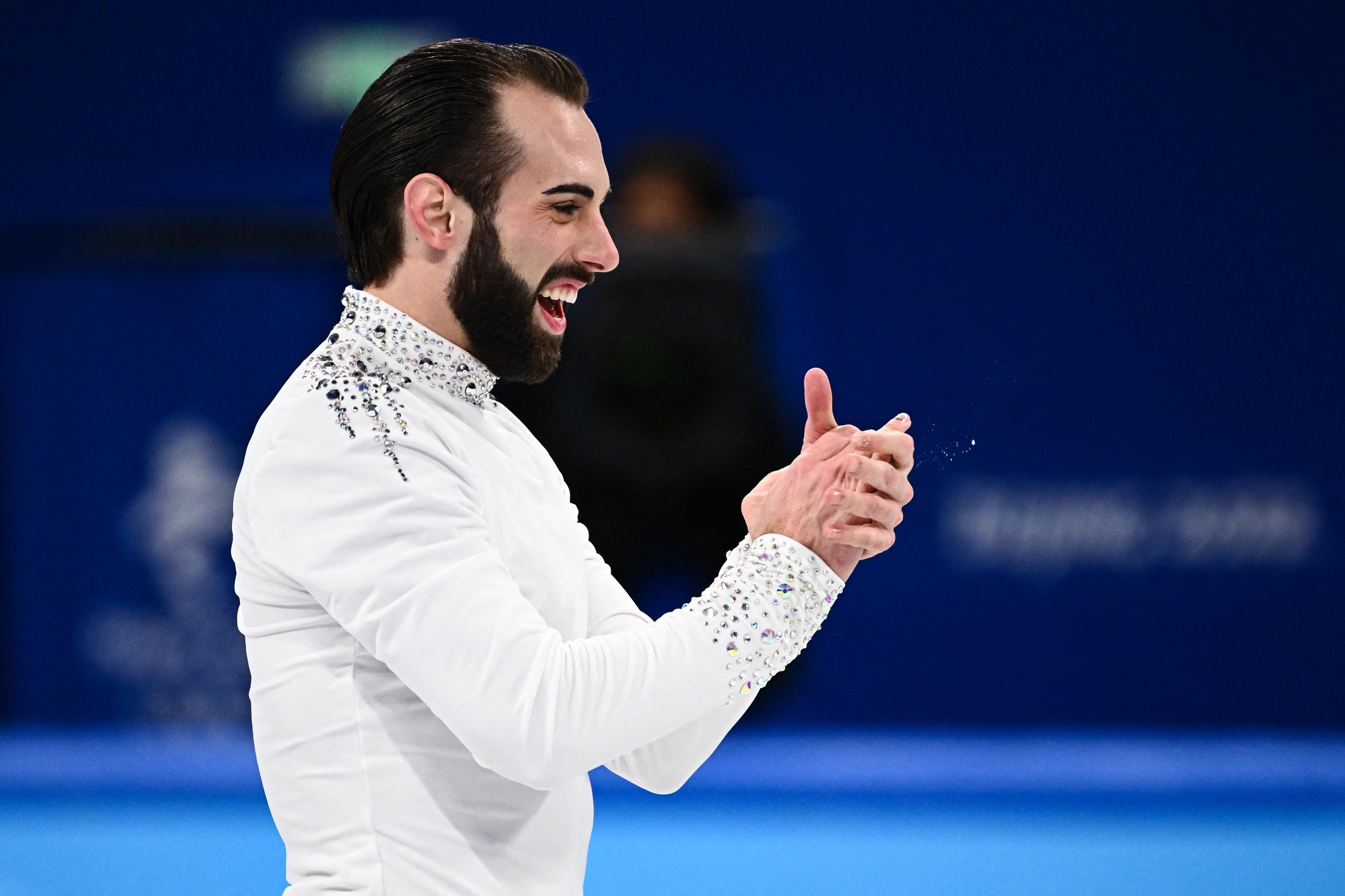 I am proud and thankful to be the first publicly out non-binary athlete to participate in the Winter Olympics. The first time I spoke publicly about my gender was during an Instagram Live hosted by Eliot Halverson and US Figure Skating in June 2021. I was initially hesitant to speak openly about being non-binary because of the potential negative risks and impacts it could have on results in a subjectively judged sport like Figure Skating. I am fortunate to have a skating partner like Ashley Cain because she supported me and willingly accepted those risks. We both knew how impactful Skaters like Rudy Galindo, Timothy Goebel, Adam Rippon and others were for me in my years in the sport, so it was important for me to say my truth out loud with words for the next generation of Skaters and Olympians to feel like there was also space for them in the sport. I also knew how important it was for me that I skate in the Olympic Games as my most authentic self, and I knew that I would have greatly regretted hiding who I was. So, with Eliot’s help, we talked about it on Instagram Live. 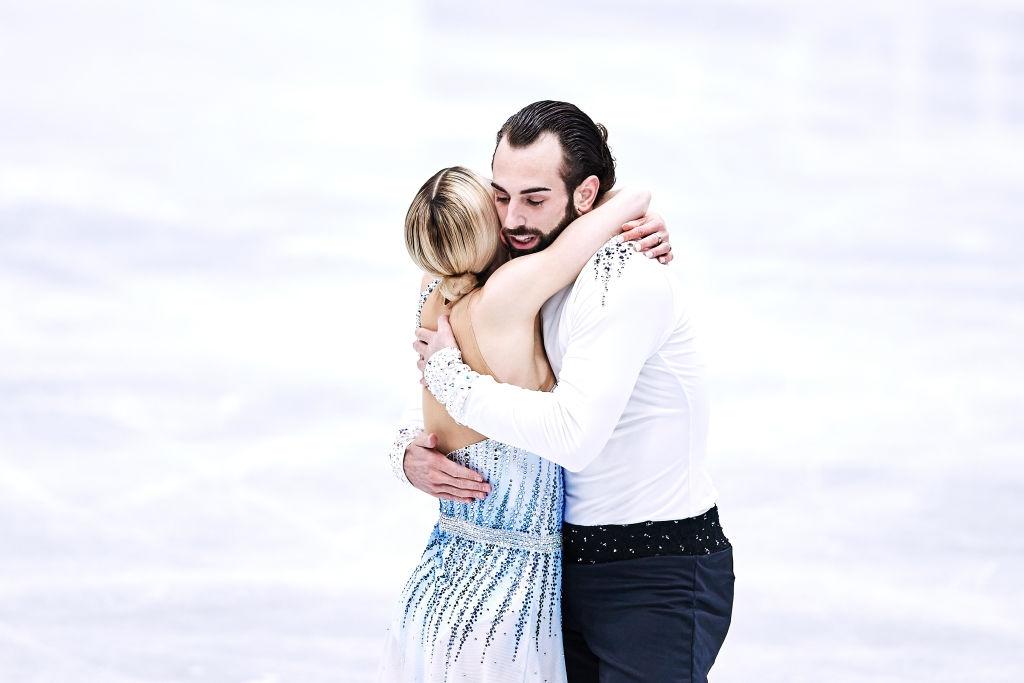 As a result of being out publicly, there were a lot of conversations about gender during the 2022 Beijing Olympics. For me, it was a very complicated experience because on one hand, it was so joyous to be connected with so many amazing queer people from around the world that reached out to me during the Olympics. I remember the ways other queer figure Skaters that came before me helped empower me and lay a path for me to be open, and it was so meaningful for me to continue that visibility.

On the other hand, it was difficult to see some of the hatred and vitriol being directed at me and other queer / trans / non-binary people. I was really fortunate to have the public support of US Figure Skating and the support from my team in Beijing because it’s already so challenging to take on the mammoth task of THE OLYMPIC GAMES while also being the target of online open bigotry. I think it’s really important that the governing bodies of sport take a very strong and public stance against all bigotry thrown at their athletes, especially when it’s coming from within the Olympic Village. This kind of solidarity from the governing bodies not only creates a clear boundary of zero tolerance for hatred but also sends a strong message to LGBTQ+ athletes that they are welcome and protected in sporting spaces. Conversely, silence emboldens hatred. LGBTQ+ and BIPOC folx in Figure Skating are more likely to face challenges because of their minoritized identities, and I look forward to a future where governing bodies like the ISU and IOC take bigger and bolder steps to stand in solidarity with their vulnerable athletes and not allow bigotry to go unchecked.

But LGBTQ+ folx aren’t just vulnerable within Figure Skating, and that’s the reason I jumped at the opportunity to write this piece for the ISU during Pride Month. Amplifying the voices of queer athletes is so important right now, because in my country and others around the world, LGBTQ+ folx are increasingly vulnerable because rights and protections are being weakened or repealed. Now is a great time to remember why Pride Month is important and to remember how it began. In the USA, Pride began as a protest through various uprisings culminating at the Stonewall Inn in New York City in June 1969 where Stormé DeLarverie, Sylvia Rivera, Marsha P. Johnson and many others boldly demanded a halt to systemic violence against queer people. This sparked the beginning of the queer liberation movement and in the years to come helped lay the groundwork to secure some of the protections we have today.

The opposite of pride is shame. So now in 2022, this month serves as a reminder to love each other, to celebrate our authenticity, and to, as Beyoncé might say, release your shame. Pride Month really does hit differently when I’m with my beautiful queer chosen family, and sometimes it really feels like a brief break in the clouds. But more than anything, we must remember that Pride is a protest rooted in fighting back against oppression, maybe now more than ever as more and more laws target the safety of LGBTQ+ folx.

So what can we in the Figure Skating world do about this? As someone that has faced challenges for simply being who I truly am, sometimes being on the ice was my safe space, and skating could become that oasis for so many others. My vision for the future of our sport is one where no one has to change or alter fundamental pieces of themselves in order to accomplish their highest goals, or feel shame for being authentically who they are, and to move through the sport without fear of discrimination, bigotry, and hatred. And this is where I need every one of you. Each one of us has a part to play in making our beautiful, amazing sport more welcoming and affirming for LGBTQ+ Skaters. Each one of us has the great opportunity to stand in solidarity and to engage in allyship with queer Skaters in our rinks and skating spaces. That action can look like many things. It can be as simple as speaking out against someone using hateful language toward a queer Skater or using everyone’s pronouns properly. Ultimately, each act of solidarity helps make our great sport more equitable and serves to make Skating a more welcoming space for everyone. I hope you all will join me in making the sport of Figure Skating even better, during Pride Month and beyond.