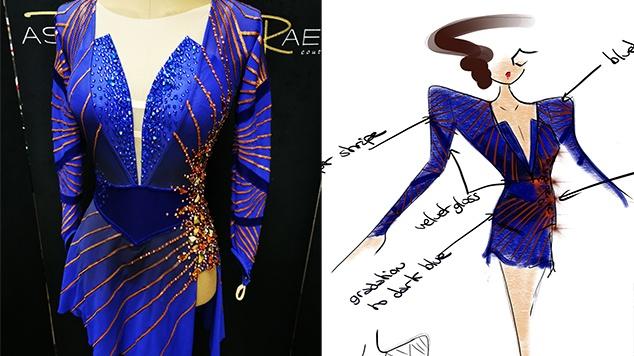 Figure Skating is the only Olympic sport that has such elaborate and diverse costumes. The costume is an important part of the performance to many and the designers work hard to make a costume beautiful, suitable for the Skater and the program plus comfortable so that it does not get into the way when athletes do quadruple jumps or acrobatic lifts.

“I select my costumes based on the overall theme of my music and what story I am trying to portray,” two-time U.S. Champion Bradie Tennell said. “My costumes are an essential part of my performance. They really help me get into character and feel like I become part of the story I am telling with my programs. When I put them on, I instantly feel more connected to the story, the music and the mood of my program. It's almost like putting together a puzzle. You have all the different pieces and when you put them together they make a whole picture.” 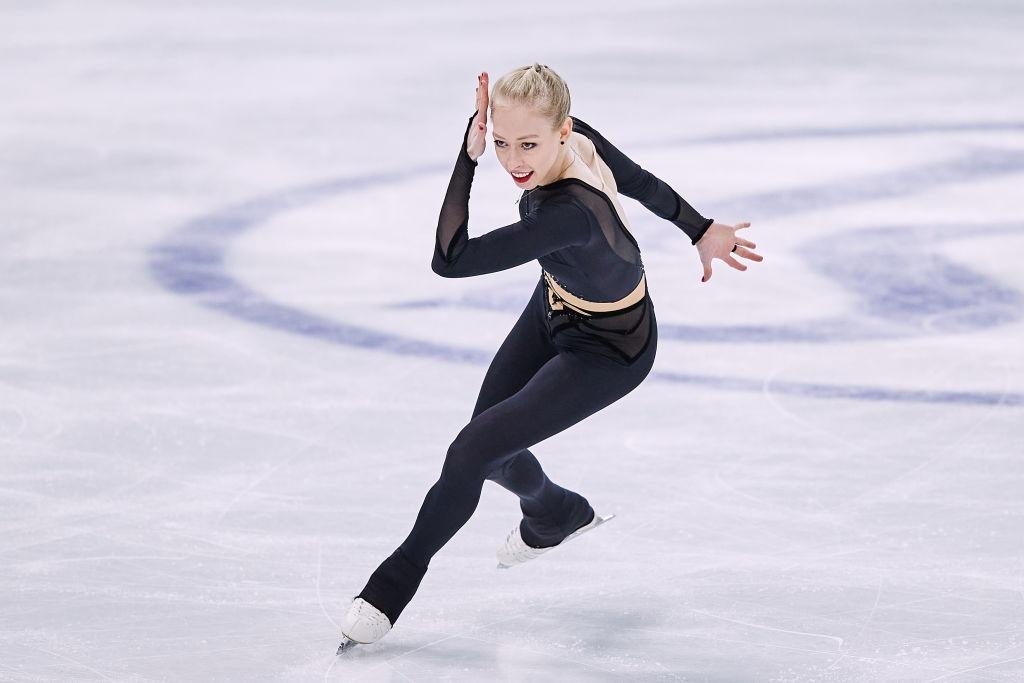 Tennell has her costumes designed by the French atelier Astraee Couture. “She (the designer) will usually send me some designs to choose from, and I either pick one, or make modifications to one of the designs. However, her designs are so good, I usually love everything she sends me and have a hard time picking just one,” Bradie explained. “As for input, I usually say what kind of style I am looking for and what styles I prefer to wear when I am skating. It really depends on the year, as sometimes I have a very clear vision of what I want, and others I am more open to different styles and ideas.” 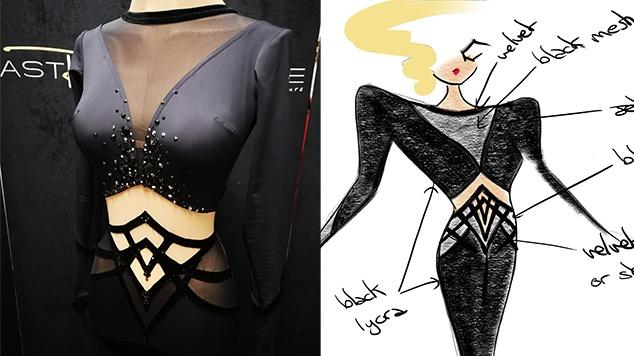 ISU World Champion Kaori Sakamoto (JPN) is collaborating with Sophie Thomas from Astraee Couture as well. “I send (the designer) a video of the song and choreography, and ask for an image that fits (the program). I chose designs that are not too heavy and that don't overlap with other (skater's choices),” Kaori shared. “I think the costume is an important element to make the choreography and music relate to each other, and it makes me feel good.”

Sometimes Skaters are very much involved in the costume design. Two-time ISU Four Continents Ice Dance Champion Madison Chock likes to design costumes for her and her partner Evan Bates.

“The costumes are a huge piece of the overall packaging of a program. They are the first thing that the audience sees before they see your choreography and hear the music. So they really help set the tone and the mood that you want to set for your performance,” Madison pointed out. “And for me, designing the costumes is probably one of my favorite parts of the entire season. I can just be as creative as possible, I can bounce ideas off of Evan and it's really fun for me.” 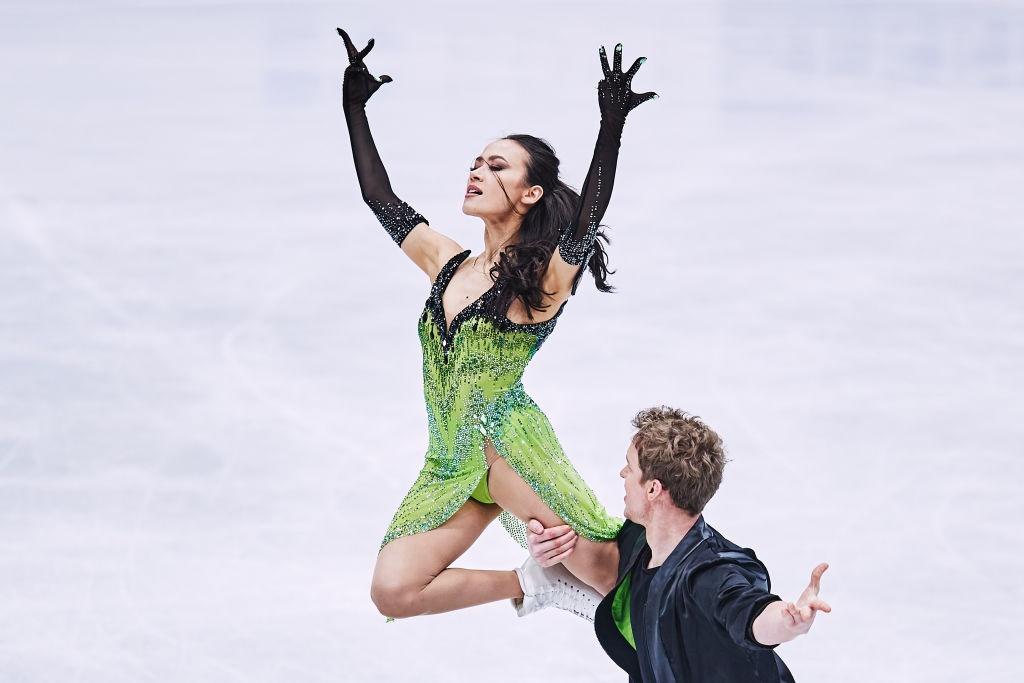 Chock draws inspiration for her costume design from different sources. “I guess the main inspiration that I would draw from would be our characters and what we want to say, who our characters are, and that comes out in the color of the costume, the shape of the silhouettes. So that's really important. For our free dance program (in 2021/22), I took a lot of inspiration from sea creatures like jellyfish and just like little octopus.” 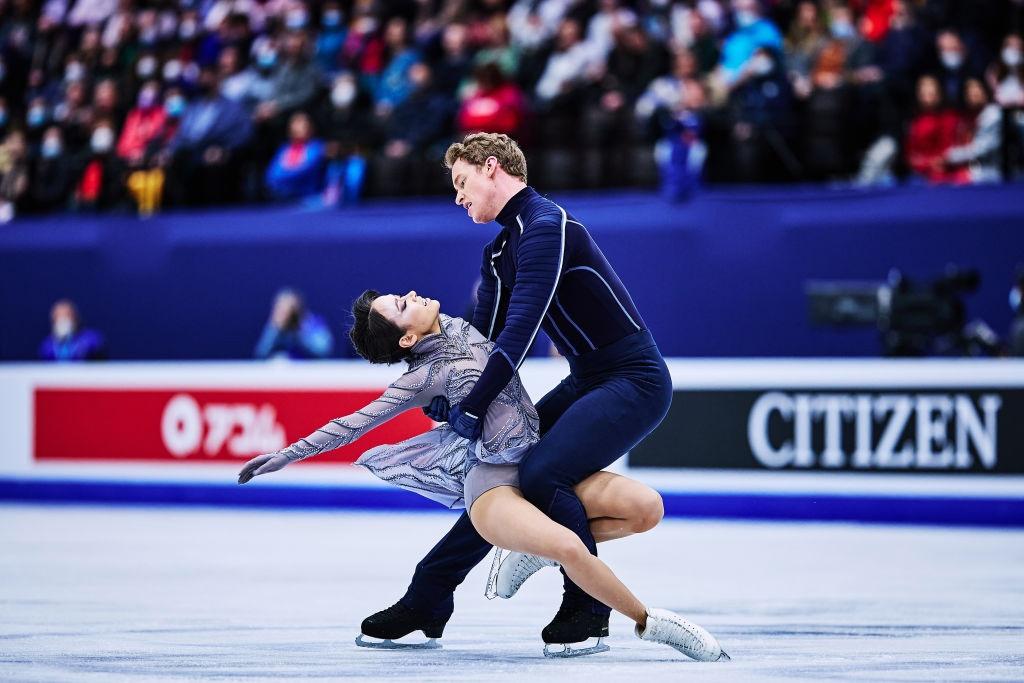 The “snake” costume was one of Madison’s favorites so far. She collaborates with Canadian designer Mathieu Caron to create their costumes. “Firstly, the inspiration comes from the program, from the music, but mostly from the skaters,” Caron said. “Madison is an experienced skater and an accomplished artist. She communicates to me what look she wants. After that it is my task to put the demands together and come up with a design. It is always a pleasure to work with her, as she gives me and my team the room we need to be creative.”

Choosing a favorite costume is not always easy for the Skaters. “It's so hard to choose one favorite costume; I've had so many beautiful ones over the years,” Bradie Tennell said. “I would say my all-time favorite would be my dress from the 2017-2018 season when I skated to Cinderella. That costume holds a special place in my heart for many reasons, but mainly, every time I put it on I really felt like I was becoming Cinderella. It had this incredible hand-sewn lace detailing that was accented with Swarovski crystals and I absolutely loved wearing it.” 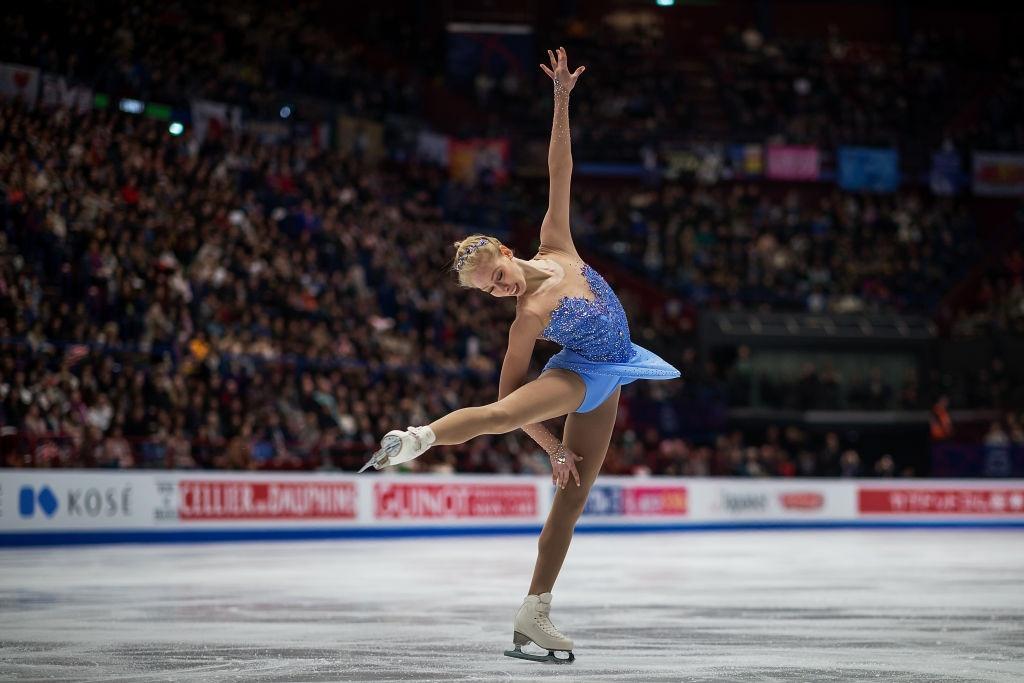 For Kaori Sakamoto, her “Matrix” costume in the 2020/21 season and her second golden costume for her "Gladiator" Short Program in the 2021/22 season are on the top of the list. “The Matrix is made of a leather-like material that is not stretchable, and I myself am not a fan of costumes with long sleeves, so at the beginning I thought it's difficult to move around...However, the design was changed, the back was opened and the leather-like material was reduced a little, which made it easier to move around.

I think I got closer to the world of Matrix than before. I also like the fact that the stones are only on the right side, which makes the design stand out without being too flashy as an accent. I wanted to be a cool woman like Trinity, so I wanted to look really cool in this costume,” the World Champion shared. “The Gladiator has separate pieces for the costume itself and for the arms, and there is no extra skin-colored fabric, so it is easily becoming one with the body and that makes the costume special. I don't often wear gold costumes, but this one was a perfect fit and I loved it. I was so impressed with how well the outfit matched the music.” 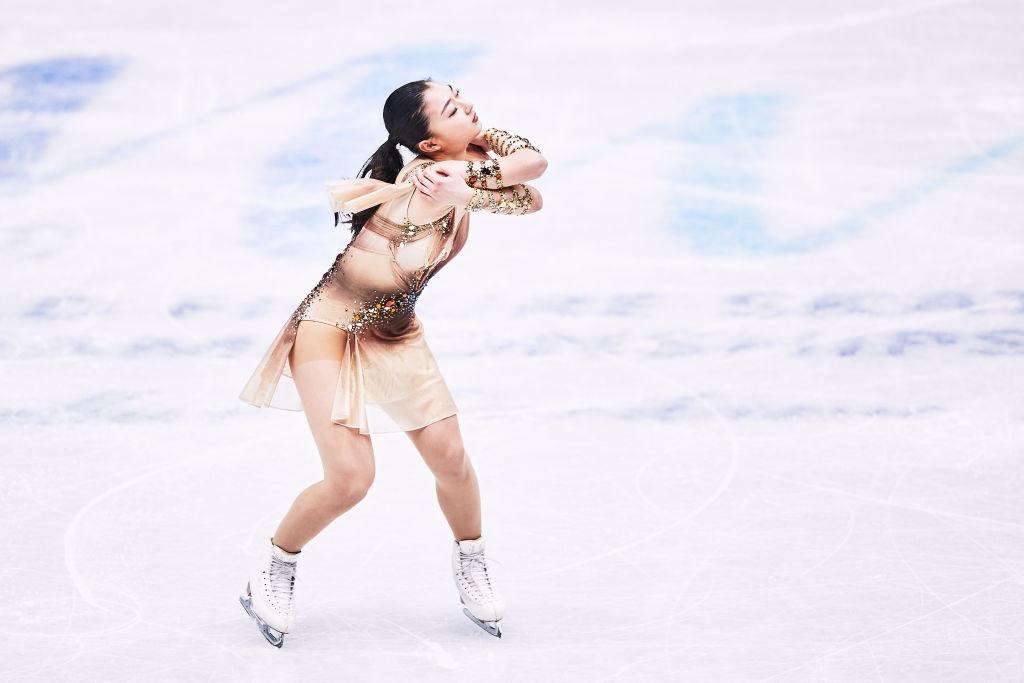 The ideal costume fits perfectly, makes the athlete feel good, suits the program and enhances the performance. “In general, I consider that my work should service the performance of the athletes. The costume always should stress and define the intention of the choreographer, reveal and underline the strengths of the athletes,” designer Caron concluded.

Season Preparation: Getting Your Body and Mind Ready