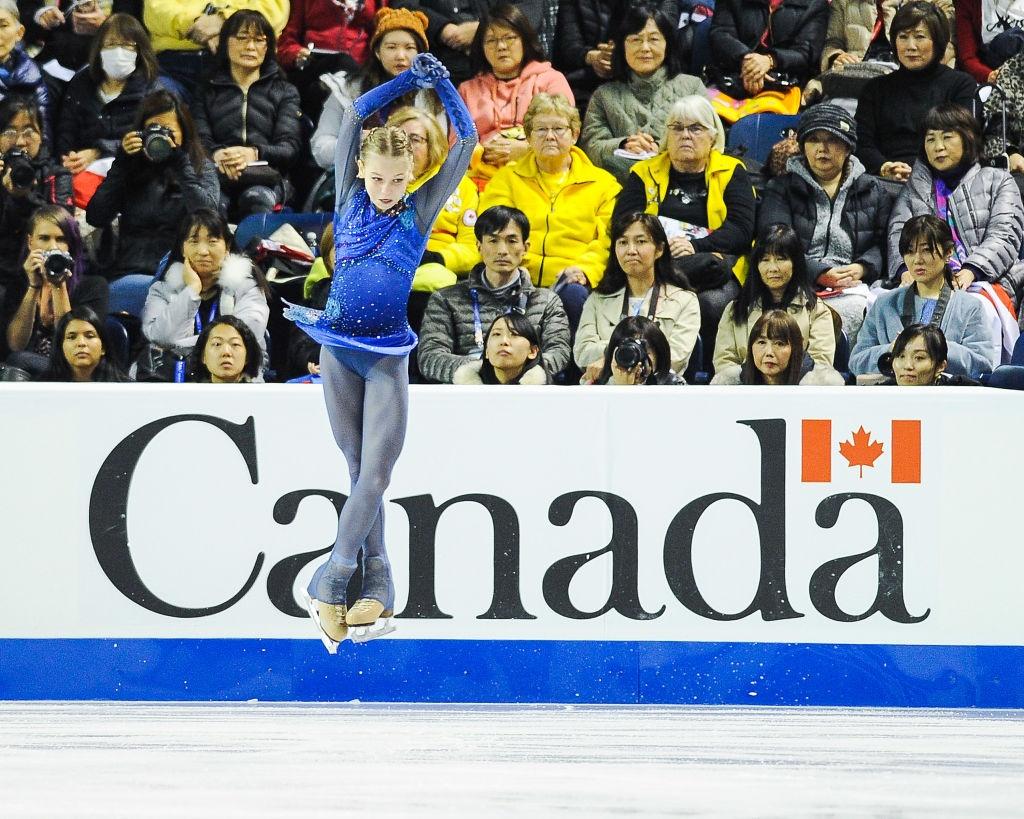 World Junior Champion Alexandra Trusova of Russia jumped her way to gold in what was her first ISU Grand Prix event at Skate Canada in Kelowna on Saturday. ISU Grand Prix Final champion Rika Kihira of Japan claimed the silver medal and Korea’s Young You earned the bronze in her debut at the senior-level ISU Grand Prix.

Skating to “Games of Thrones”, Trusova reeled off a quadruple Lutz, quadruple-triple toeloop, quadruple toeloop-Euler-triple Salchow as well as a triple Lutz-triple loop and a triple flip. The only glitch in her performance came when the 15-year-old fell on her opening quadruple Salchow. The ISU Junior Grand Prix Final silver medalist picked up 166.62 points for her Free Skating and moved up from third to strike gold with a total score of 241.02 points. 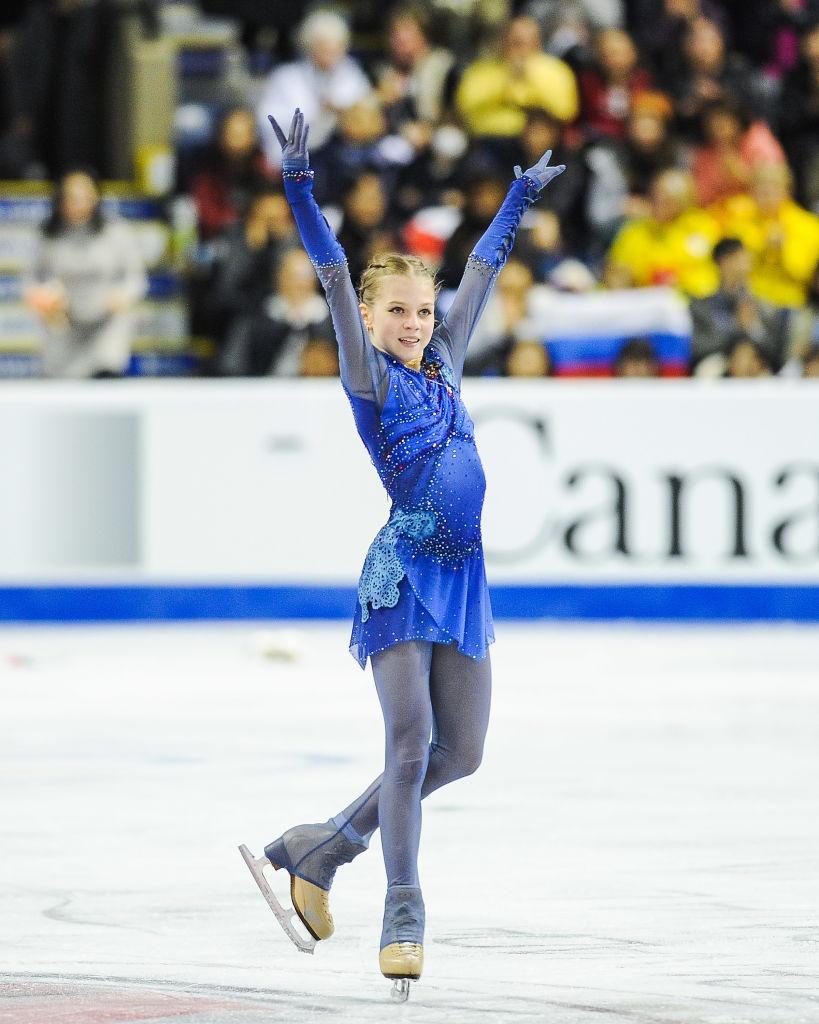 “Overall I am pleased with my performance, I am only upset that I missed the Salchow. It happens in practice quite often that I miss the first jump, but I just pull myself together and carry on,” Trusova said. 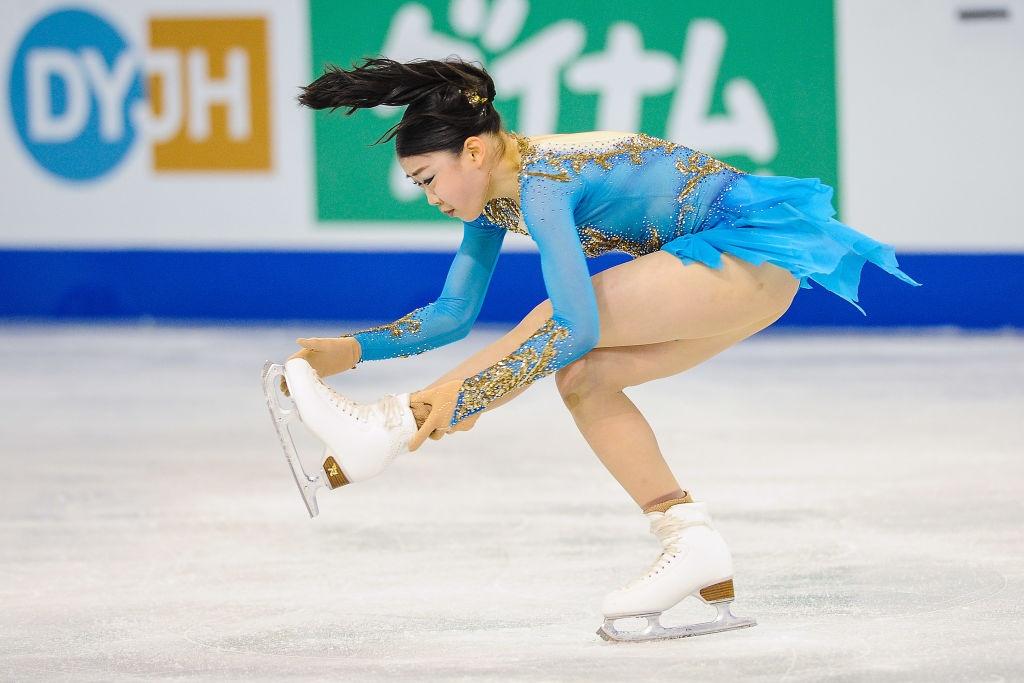 Overnight leader Kihira stepped out of her opening triple Axel but recovered instantly to hit a triple Axel-double toe and five more triple jumps as well as level four spins and footwork in her program named “International Angel of Peace”. The 2019 Four Continents Champion earned 148.98 points and slipped to second place at 230.33 points.

“I made a mistake on my triple Axel and I regret that and after that I wanted to do all my other jumps, which I did, but some of my landings could have been better. My next event is the NHK Trophy and I am aiming for the Grand Prix Final,” the 17-year-old noted. 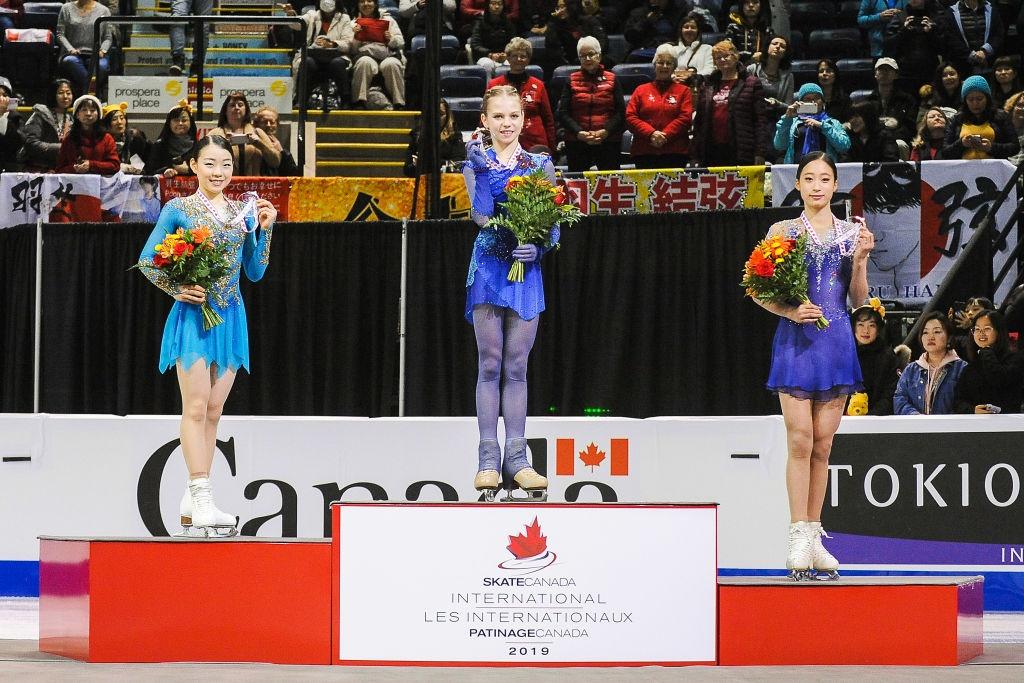 You’s performance to “Evita” was highlighted by a triple Lutz-triple toe combination and five more triples, but she fell on her triple Axel. The Korean Champion was ranked fourth in the Free Skating with 139.27 points and dropped from second to third at 217.49 points overall.

“I was disappointed with the triple Axel, but the other elements were good. I am happy to have won the bronze medal at my first Grand Prix event, this is a great chance for me,” the 15-year-old said. Bradie Tennell (USA) turned in a solid Free Skating to come fourth at 211.31 points. Olympic silver medalist Evgenia Medvedeva (RUS) pulled up from sixth to fifth with a strong performance (209.62 points). Marin Honda (JPN) moved up from tenth to sixth place at 179.26 points.

Overall, 60 skaters/couples representing 14 ISU members are competing at Skate Canada International from  October 25 - 27. The top 6 qualifiers of the Grand Prix series in each discipline will proceed to the Final in Torino (ITA), from December 5 - 8, 2019. Full entry lists, results, the General Announcement of the ISU Grand Prix of Figure Skating Series are available on isu.org.

Where to watch and follow the ISU Grand Prix of Figure Skating 2019?

Viewers will be able to watch the Series either via their national broadcaster / channel and for countries where there are no broadcasters, the ISU will offer a live stream on the Skating ISU YouTube Channel as of season 2019/20. You will find the full list in the Where to watch news here.

Subscribe to the ISU Newsletter to receive the latest information and the “Where to Watch” news and you can also subscribe to the Skating ISU YouTube Channel to receive notifications when live streams start or new videos are published.

Gilles/Poirier (CAN) dance off with first ISU Grand Prix title

Where to watch ISU Grand Prix of Figure Skating Series 2019