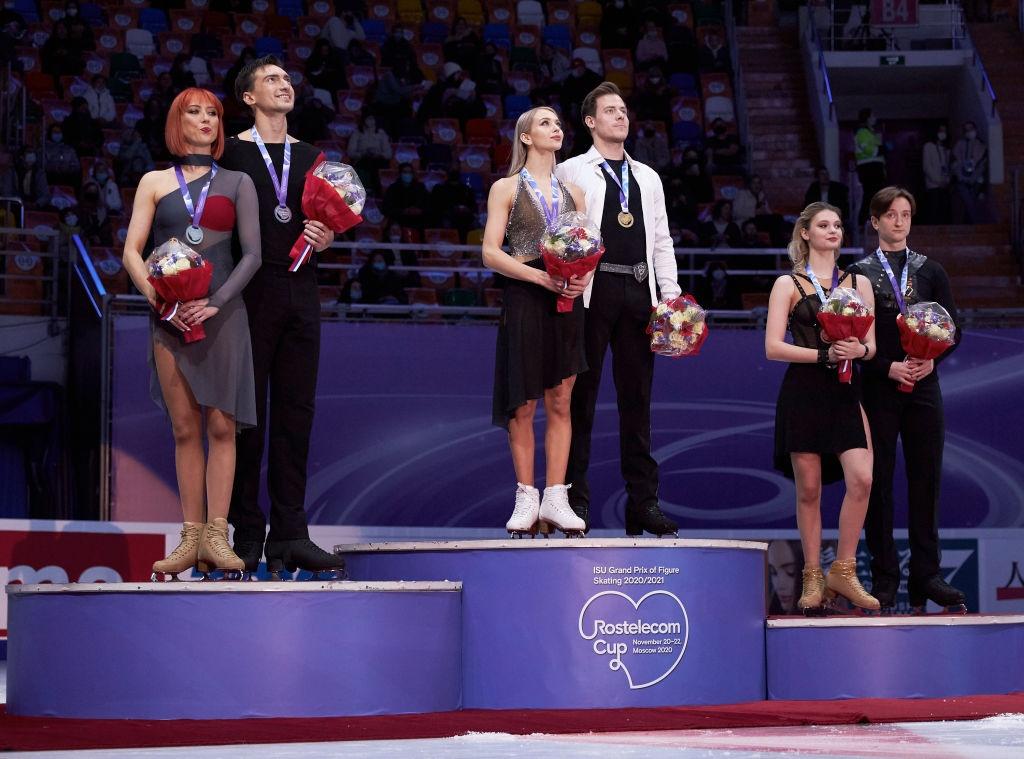 Sinitsina/Katsalapov debuted their new Free Dance to “Smile” and “Come Together” in front of a crowd and started strongly with excellent twizzles, spectacular curve lift and stationary lift. The 2019 World silver medalists went on to produce a smooth serpentine step sequence and combination spin, collecting a level four for them as well as for the twizzles and the first two lifts. 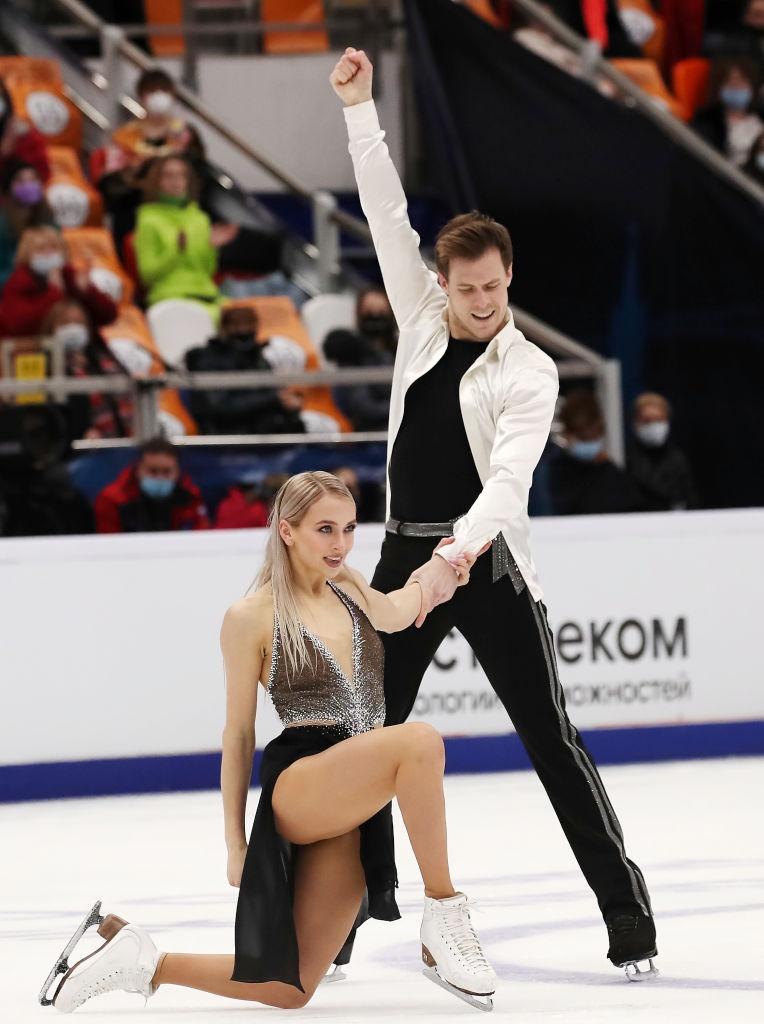 However, the Russian Champions struggled with the rotational lift that was rated only a level one. Sinitsina/Katsalapov scored 126.38 points for their Free Dance for a total score 217.51.

“It was our first full competition and full run-through of the free dance and we really felt the support of the crowd,” Sinitsina said. “Unfortunately, we made an error on the lift. We hope to improve and to skate without mistakes next time.”

Zagorski/Guerreiro put out a powerful performance to “I’m a Survivor”, completing innovative lifts and intricate footwork. The National bronze medalists picked up a level four for their lifts, the spin, and the one foot step sequence for a Free Dance score of 122.45 points. Overall the 2018 Olympians accumulated 206.91 points. 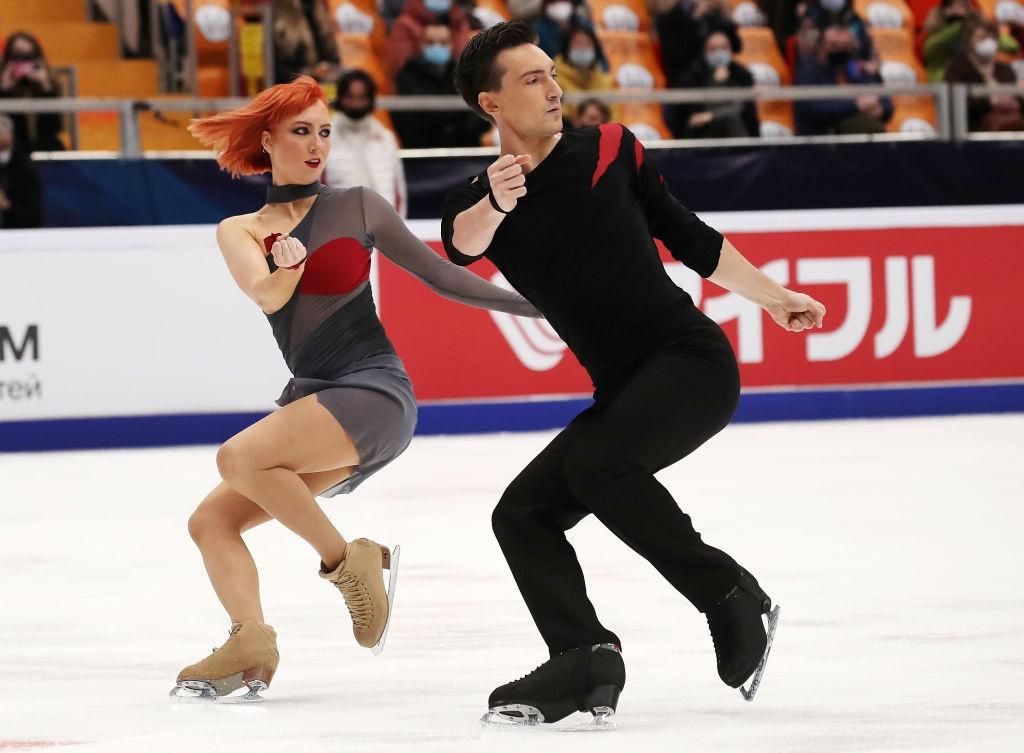 “It is our third Grand Prix medal, but we’d never got a medal at our home Grand Prix in Moscow,” Guerreiro said. “We think we gave two good performances. We feel like it is a breakthrough for us to show the program the way it is supposed to be.”

“For us it is very important and exciting, because this is our first (senior) Grand Prix medal,” Skoptcova said. “Obviously the Grand Prix format is different this year, but nevertheless there were strong couples competing and they were not only from Russia.” 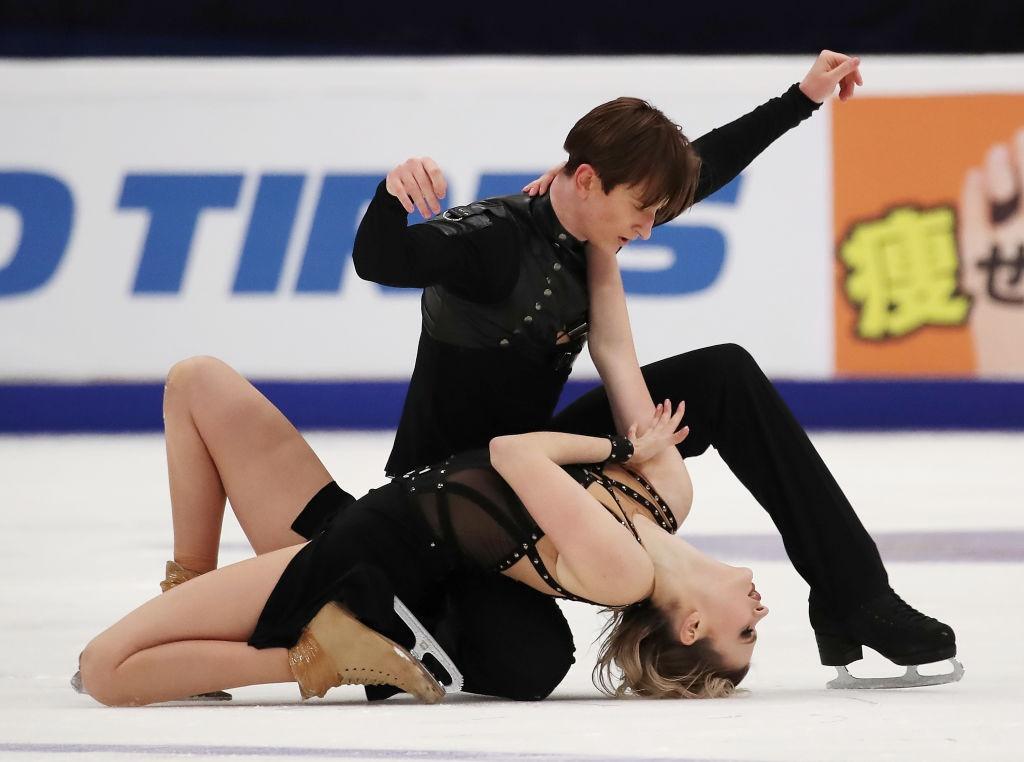 Elizaveta Khudaiberdieva/Egor Bazin (RUS) moved up from fifth to fourth with an interesting dance that tells the story of an old couple looking back at their lives (193.18 points). Annabelle Morozov/Andrei Bagin (RUS) placed fifth with a smooth performance to “Terra Rossa” on 191.00 points, while Alexandra Nazarova/Maxim Nikitin (UKR) remained in sixth place at 188.25 points.