Quad-o-mania: An overview of the quadruple jumps’ history

Technically, Figure Skating has made a huge jump forward. Most likely more quadruple jumps will be performed in Beijing than ever before at the Olympic Winter Games, plus for the first time, women will include quadruple jumps into their performances on Olympic ice. Kamila Valieva (ROC), Anna Shcherbakova (ROC) and Alexandra Trusova (ROC) all have quads in their arsenal.

At the PyeongChang 2018 Olympic Winter Games, the number of quadruple jumps was higher than ever. Out of the 24 men in the Free Skating, 16 went for quadruple jumps. They landed a total of 29 quads cleanly, meaning with no negative “Grade Of Execution” (GOE). Six quads were not clean – underrotated, stumbled, hands down. There was a total number of nine falls on quads.

Four years earlier at the Sochi 2014 Olympic Winter Games, nine skaters performed a total of 12 clean quads in the Free Skating and all were quadruple Salchows and toeloops. Kevin Reynolds (CAN) was the only skater to attempt three quadruple jumps in Sochi, but two were not clean.

Meanwhile, Nathan Chen (USA) has landed up to five quadruple jumps in his Free Skating. Others such as Yuzuru Hanyu (JPN), Vincent Zhou (USA), Boyang Jin (CHN), Shoma Uno (JPN), Daniel Grassl (ITA) and Trusova (RUS) include multiple and different quads in their programs. Already in PyeongChang 2018 we saw Skaters performing or attempting the quadruple Lutz, flip and loop in addition to quad toeloop and Salchow.

The only jump that has not been done yet as a quad in competition is the Axel, which in fact has half a rotation more. For example, a triple Axel has three and a half rotations. Very few Skaters have attempted a quadruple Axel in competition. Yuzuru Hanyu (JPN) is one of them. He went for it at the Japanese Championships in December 2021, but the jump was not clean and downgraded as the rotation was not complete. However, Hanyu plans to include the quad Axel in his Free Skating in Beijing. 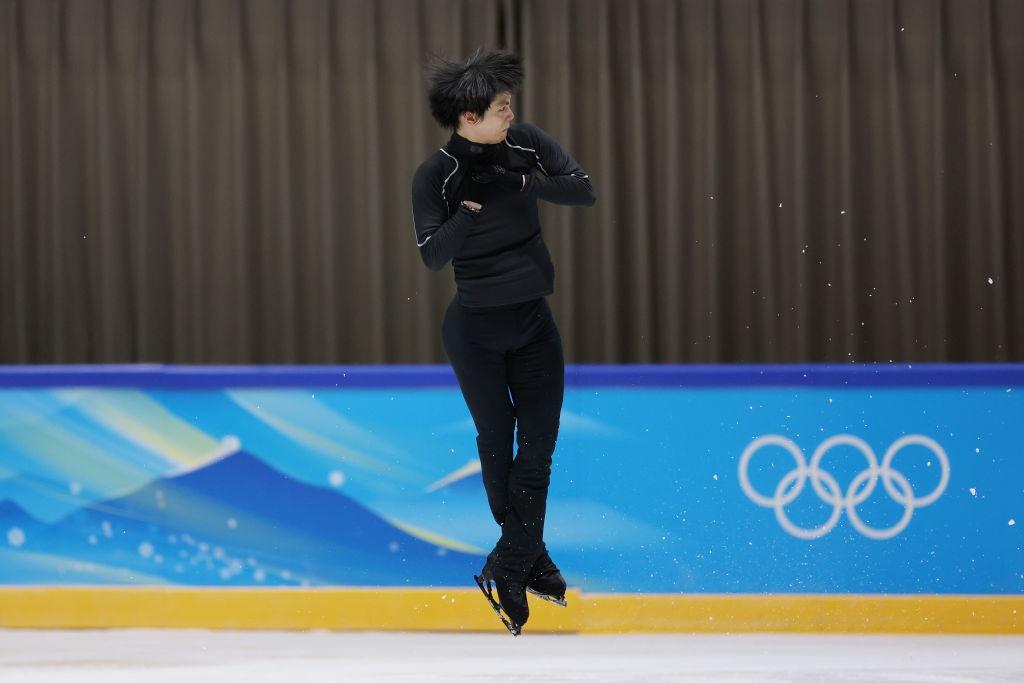 Hanyu (JPN) is also the first Skater to perform a clean quad loop in competition. Junior Skater Adeliia Petrosian (ROC), who is not age-eligible for Beijing, has performed a quadruple loop at the 2021 Russian Championships, becoming the first female Skater to land it in competition.

Shoma Uno (JPN) received credit for the first quad flip. He performed it at the 2016 Team Challenge Cup. The first woman to land a quad flip is Trusova (ROC), who accomplished the feat at the 2019/20 ISU Grand Prix of Figure Skating Final.

Trusova, nicknamed “Russian rocket” by her fans, has a lot of firsts under her belt: she was the first woman to perform not only the quad flip, but also the quadruple toeloop and Lutz in an international competition, both in 2018. She is also the first to produce multiple quads in one program. However, Miki Ando (JPN) was the very first woman to land a quadruple jump, the Salchow, in competition at the ISU Junior Grand Prix of Figure Skating Final in December 2002.

Brandon Mroz (USA) is credited for the first quad Lutz, which he did in 2011.

Trusova (ROC) gets credit for four in an international event. She landed the quad Salchow, quad Lutz, quad toe-triple toe, quad toe-Euler-triple Salchow at the 2019 Japan Open. She did five at the Russian Test Skates in September 2021, but that is not an official competition.