Ning Zhongyan (CHN) is gearing up well for the Olympic Games on home ice in February. The 22-year-old Chinese middle-distance specialist won his career-second ISU World Cup Speed Skating gold in the Men’s 1500m in Stavanger on Sunday. Tatsuya Shinhama (JPN) won his second 500m race of the new World Cup season, but Laurent Dubreuil (CAN) held on to the lead in the ranking, finishing second and only 0.03s behind the Japanese World Sprint Champion.

Before Dubreuil and Shinhama faced each other in the final pair of the 500m, Artem Arefyev (RUS) set the fastest time in 34.67 seconds. It would eventually leave him in third place after the No.1 and No.2 in the World Cup ranking both beat the Russian’s time.

“It's fun to be in the last pair,” Dubreuil said. “We both showed up with a good race, and I think the crowd liked it. It was a lot of fun to be part of.”

Having started in the outer lane, the Canadian World 500m Champion seemed to have an advantage with a draft on the backstretch.

“I thought so too,” he said, “but Tatsuya’s (Shinhama) last corner and the last 100 meters were really good. He's a great skater too. It was a really close race.

“Obviously. I wish I was four or five hundredths faster and win. But it’s a very good race, nonetheless.”

Heading home after the first two World Cup events, Dubreuil looked back on some good races.

“I’ve been on the podium every race. It's not something that I was necessarily thinking about. I think about racing good every time but a fourth or fifth place is a good race as well. The level is so high.

“Now I’m flying back to Quebec for five days. It's going to be fun to see my family again and then take a few days off. I think I earned it.”

After a short break at home, Dubreuil will travel to Salt Lake City for the third World Cup, taking place the first weekend of December, and Calgary for the fourth World Cup the following weekend. 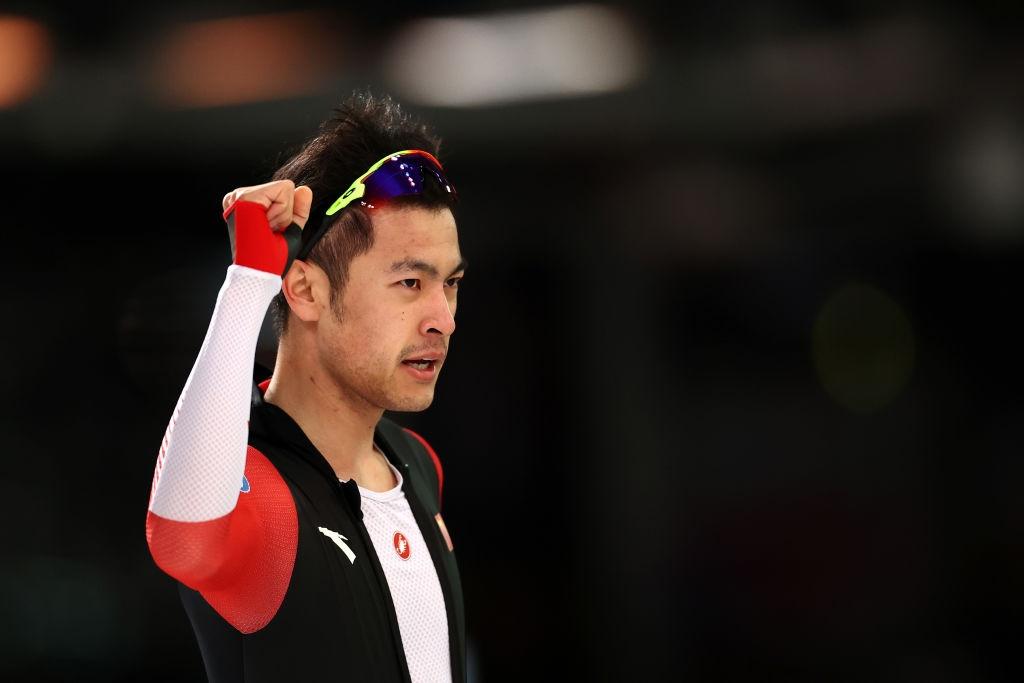 Men’s competition at the Stavanger World Cup concluded with the 1500m. World Champion Thomas Krol (NED) and Olympic Champion Kjeld Nuis (NED) have dominated the distance over the past four seasons but they’ve not been their normal selves in the King’s race so far this season.

Despite a gold for Krol, and bronze for Nuis, in Friday’s 1000m, the two Dutchmen couldn’t make amends for their disappointing 1500m last week in Poland, where Krol finished in 16th place and Nuis placed sixth. Here in Stavanger, Krol came fifth and Nuis seventh.

With the pair of them struggling, Ning Zhongyan (CHN) stepped up his game. After last week’s silver medal, the Chinese prodigy took gold in 1:45.16, and grabbed the lead in the World Cup rankings too.

Perhaps even more than other athletes, Ning’s season is built around the Olympic Games in Beijing in February.

“It’s very important for me to win this medal. It gives me great confidence for the Olympic year going forward,” he said.

“Yes, there’s some degree of pressure, for sure, with the Olympics in China but I believe athletes from other countries have pressure too.”

Ning took the 1500m World Cup lead from Kim Min-Seok (KOR), who had won in Poland last week. With 1:45.63 the Korean took bronze in Stavanger.

The silver medal went to Joey Mantia (USA), who took bronze in Poland.

“It was good, I just fly,” Mantia said, his back-to-back 1500m medal coming as something of a surprise to the man himself.

“I took the week really hard for training and took the opportunity, as I was only skating the 1500m this weekend, to train really hard on Tuesday, Wednesday, Thursday.

“I’m happy with the training I got in and I really didn't know what to expect today. I thought I would be a little worse than that. So to have a silver after that week, I'm really, really happy about it.

Mantia’s intense training ahead of Stavanger is designed to pay off at the third World Cup on his home ice in Salt Lake City in two weeks.

“I'll taper for (the next World Cup in) Salt Lake (City) because that's where I really want to shine.

“It's a lot of skating for me in Salt Lake. I have two Mass Start races, a 1500m and a Team Pursuit. We'll see how it goes, but I’m training for at least the Mass Start and 1500m combination.”