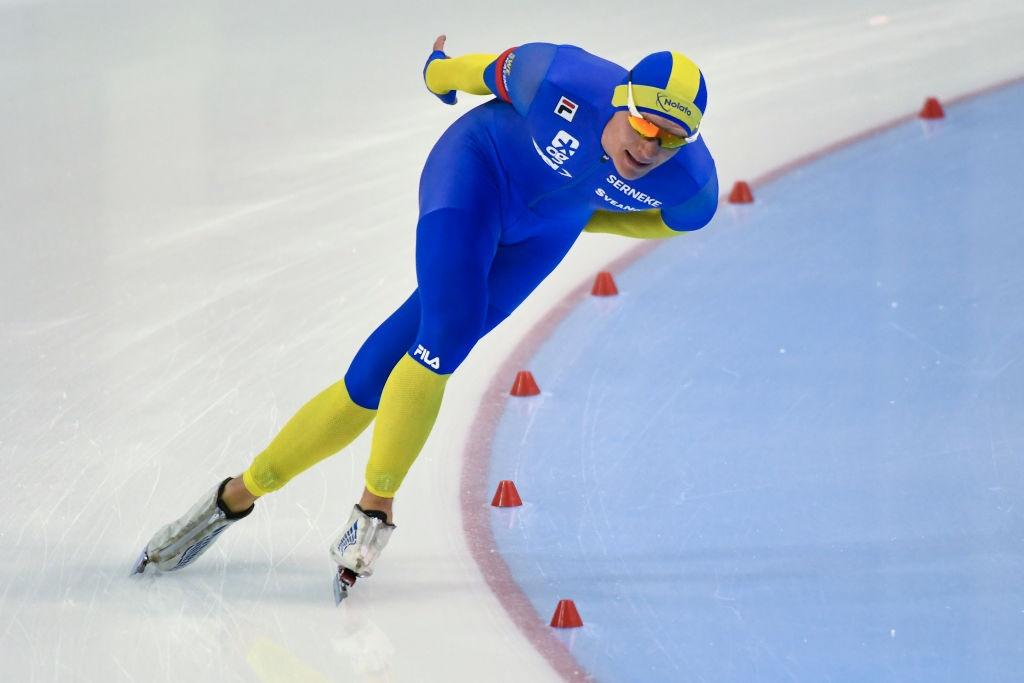 After a 10,000m record race last season in Heerenveen, Van der Poel now holds the world record in both long distances. He said there’s still something to reach for, however.

With gold medals in Poland (5000m) and Stavanger (10,000m) in the first two World Cups of the current season, Van der Poel had shown promising early season form. Before stepping on the fast ice in Salt Lake City, he decided to put in some more training volume, which may have affected him technically, he said.

“If you see the performance from a physical perspective, I reached my maximum, but technically it wasn't the best,” Van der Poel said. “The biggest part of it is that I haven't practiced so much speed skating the last two weeks.

“I did cycling mostly. Tuesday, after races in Stavanger, I did a session (speed skating), but since then, I've been skating 13 laps before this competition.”

“It's crazy. We know Nils is a very strong guy. He showed it already the whole season — that he's the best skater right now. I'm just happy that I could close the gap a little bit on him,” Roest said.

The Dutchman bounced back after poor results in November.

“The first two World Cups, it wasn't that great. I'm happy that I could show my form again. I think I can be faster.

“The last week and a half, I've just been training to reset the body a little bit, and to prepare for the more important races,” he said. “And when I look at that, I'm just happy with the race I showed today after so much training. It gives me hope I can do more at the end of the season when it really matters.”

Before Van der Poel stunned the crowd with his world record, Japan’s Yamato Matsui and Wataru Morishige (JPN) followed in the footsteps of 1998 Olympic champion and five-time world champion Hiroyasu Shimizu, known as the emperor of sprint two decades ago.

“It's really surprising,” Matsui said. The 24-year-old sprinter gave a lot of credit to his teammates.

“After Shimizu quit, Japanese sprinting was absent for a while, but we got the national team back together and we make each other stronger,” he said.

World sprint champion Tatsuya Shinhama (JPN) was Japan’s top gun in sprinting over the past couple of years, but he had to settle for sixth place in 34.27s on Friday. 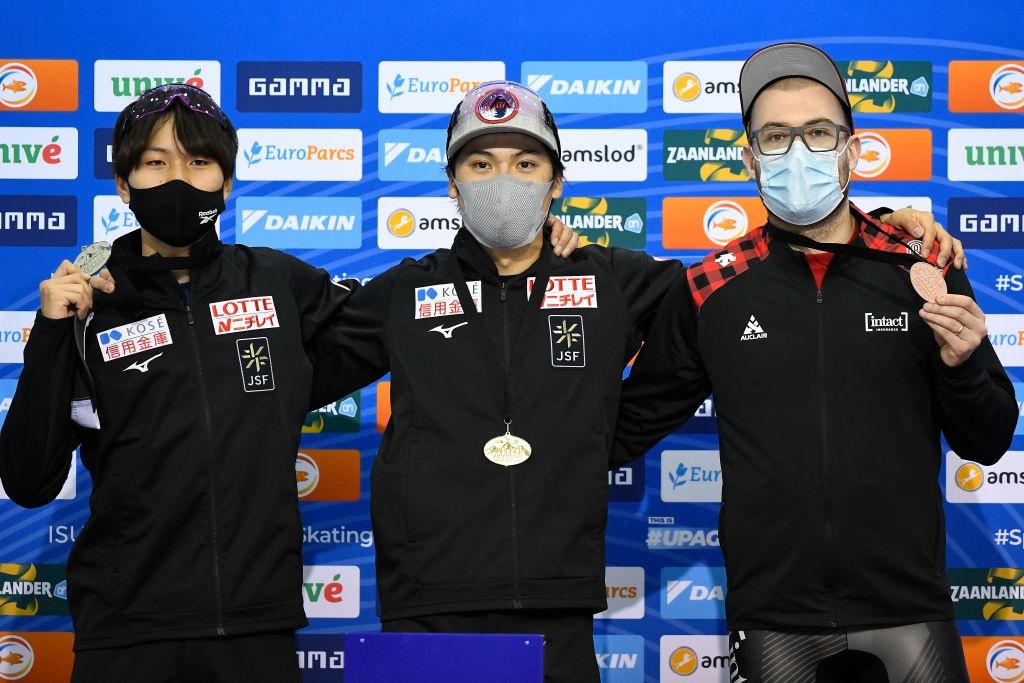 Being a dad makes the difference for Dubreuil

Laurent Dubreuil (CAN) is the most consistent sprinter this season after landing on the podium in all five World Cup races so far. With a bronze medal in the first of two 500m races in Salt Lake City, the world champion retained his first place in the World Cup ranking.

“Physically we put more emphasis on weight training. More rest actually, so I train less than I used to, which is like a dream come true,” Dubreuil said. “To train less and skate faster is the best of both worlds.”

“But also, I started getting good when I became a dad. I feel like that takes away some pressure because it puts things in perspective. Before, skating was the most important thing in my life. If skating was bad, I felt bad. If skating was good, I felt good about myself,” he said. “But now even if I have a bad race, I don't care too much, because that's not what's most important to me anymore.”