Joey Mantia (USA) lived up to his own and the enthusiastic home crowd’s expectations, winning the Men’s 1500m on the second day of the ISU Speed Skating World Cup in Salt Lake City. Having emptied the tank in the King’s Race, Mantia did not factor in the Mass Start final on Saturday. Bart Swings (BEL) grabbed his career fifth Mass Start win in the World Cup, cashing in on a clever and powerful attack with six laps to go. 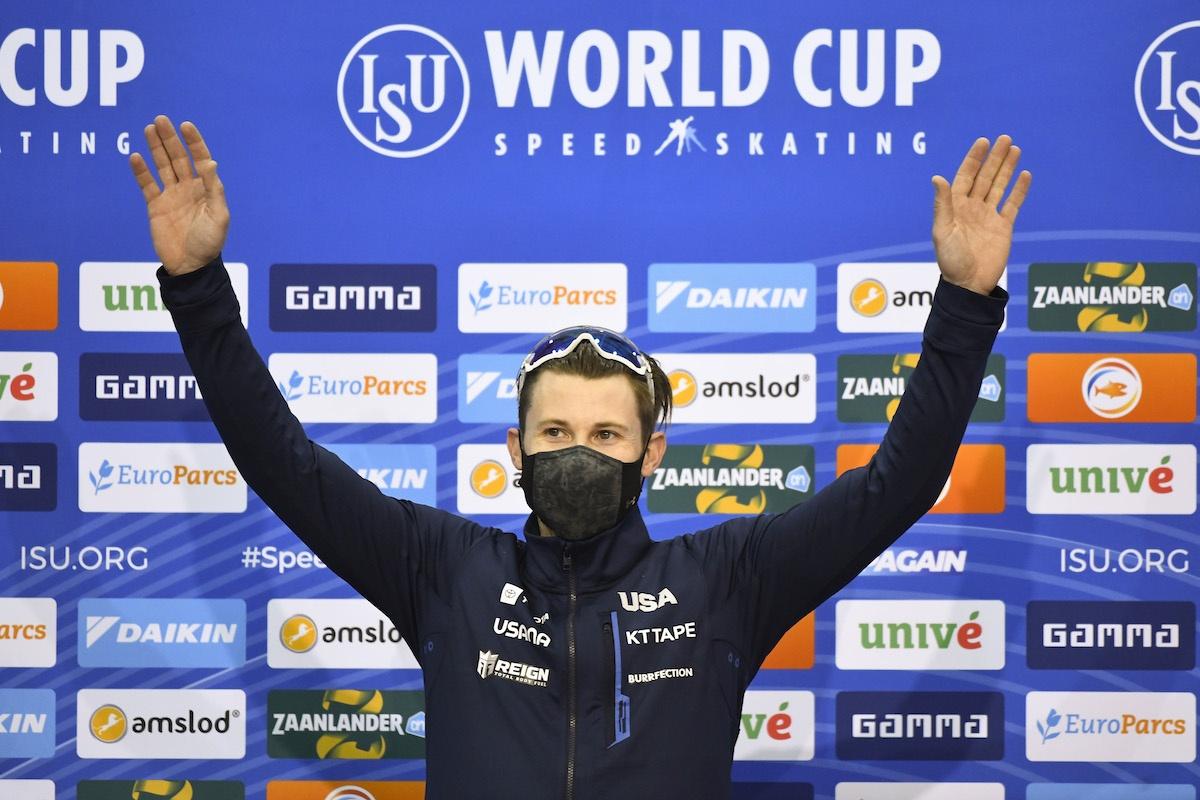 Mantia had put all his cards in the first half of the Olympic season on the home World Cup at the Utah Olympic Oval. He felt the pressure when he got up on Saturday morning.

“I felt a little weird this morning, a little nauseous, maybe a little bit of the nerves got the best of me,” he said.

The 34-year-old American aimed at the world record on the fast high altitude ice, but missed out by 0.98s, finishing in 1 minute and 41.15 seconds.

“I had my eyes on the old record, it's what I've been working for the last few years,” he said. “I think I could have attacked the second lap a little more aggressively, but without the help from the air pressure, I don't think the world record was even possible today.

“(I was) hoping to get under the 1.41 mark and to be in the 1.40, but I'm very happy with it. It's consistent. And it's a huge confidence builder going into the Olympics.”

“I wish I would have got that. I was thinking if I don't get the world record today, I would really, really like the American record. Shani is an amazing skater and that's what I've had my eye on for a while.”

Mantia will get another shot at both records at next weekend’s World Cup, which also will be held at a high altitude rink.

“I always felt in the back of my mind that I was a good 1500m skater. Just, I've never really been able to put it out there in a race.

“It's been pretty random over my career. Have a good one and then have a bunch of bad ones and a good one, but I feel like I've validated on how to be more consistent,” Mantia said. “Even the bad ones are still on the podium now.”

Ning Zhongyan (CHN) still leads the 1500m World Cup with two silvers and a gold. Having been paired to Mantia, the Chinese ace finished second in 1:41.38.

“I'm really happy with my time,” Ning said. “To skate a personal best, and also to break the Chinese record again.”

Ning said he enjoyed the home crowd cheering for Mantia during the race.

“There was so much cheer for him, and when I heard the crowd I imagined that they were cheering for me, so that gave me a lot of energy,” Ning said. “In Beijing (at the 2022 Olympic Games in February) it will be the other way around.”

Thomas Krol (NED) took 1500m bronze in 1:41.89. The Dutch world champion was happy to be back on the podium after poor 1500m outings in Poland and Stavanger.

“I lacked a bit of confidence in the 1500m because I skated not that well in the last two races. So, I was really hoping to be better today,” Krol said. “In the end I'm really happy how it went. (It’s a) good confidence builder towards the Dutch trials” 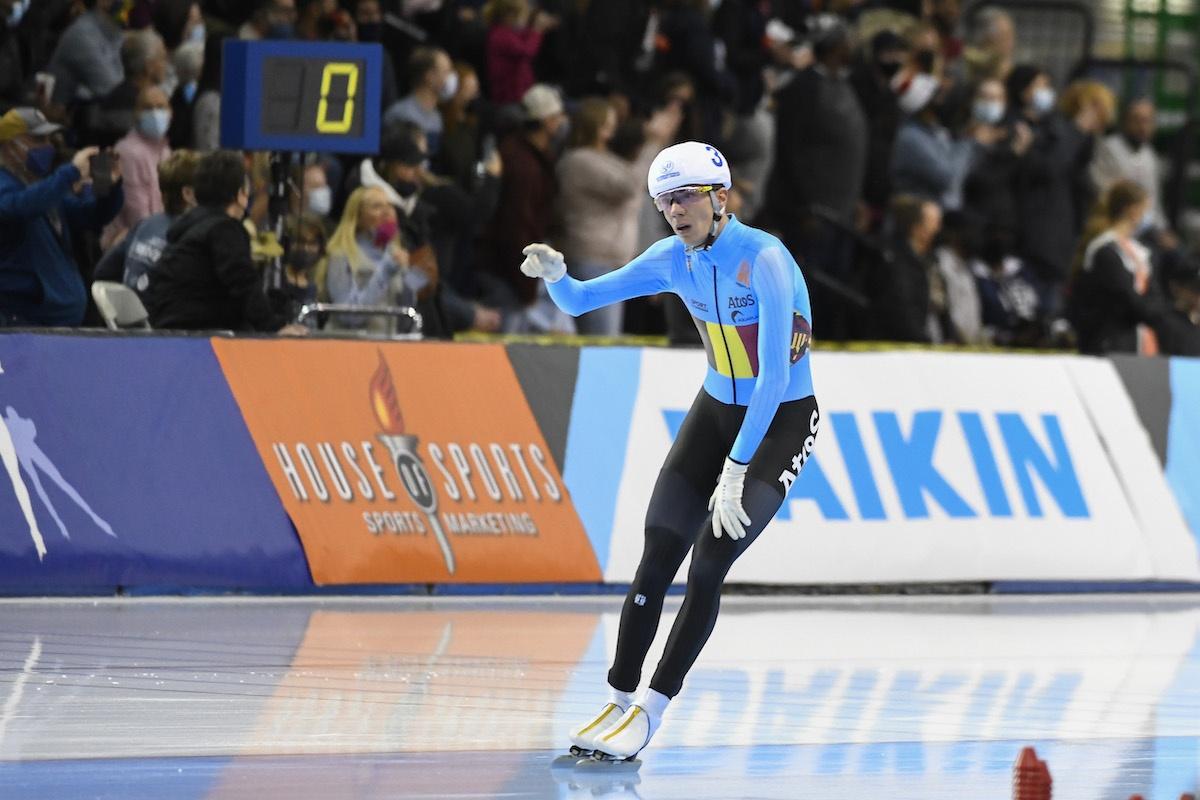 “My plan was to make it a hard race. Here on (high) altitude, it’s very fast corners, very fast laps, so there’s a lot of pressure in the corners,” he said. “It's a hard race already, and I know if I get some attacks in there and make it extra hard it can get into my advantage.

“At six laps to go, I saw the right time to go. There was a little bit of slowing down in the peloton. So, I went and it was a good moment.”

Swings was accompanied by Viktor Hald Thorup (DEN) and Ruslan Zakharov (RUS), and managed to get rid of his fellow escapees with two laps to go.

“The gap wasn't super big, and I saw that they (the pack) still had pace with three laps to go. With two laps to go, I knew I had to go for my final sprint, because if the guys in the back start skating 23 (second) laps, they can close in really fast.”

Swings crossed the line solo, with Thorup and Zakharov coming second and third.