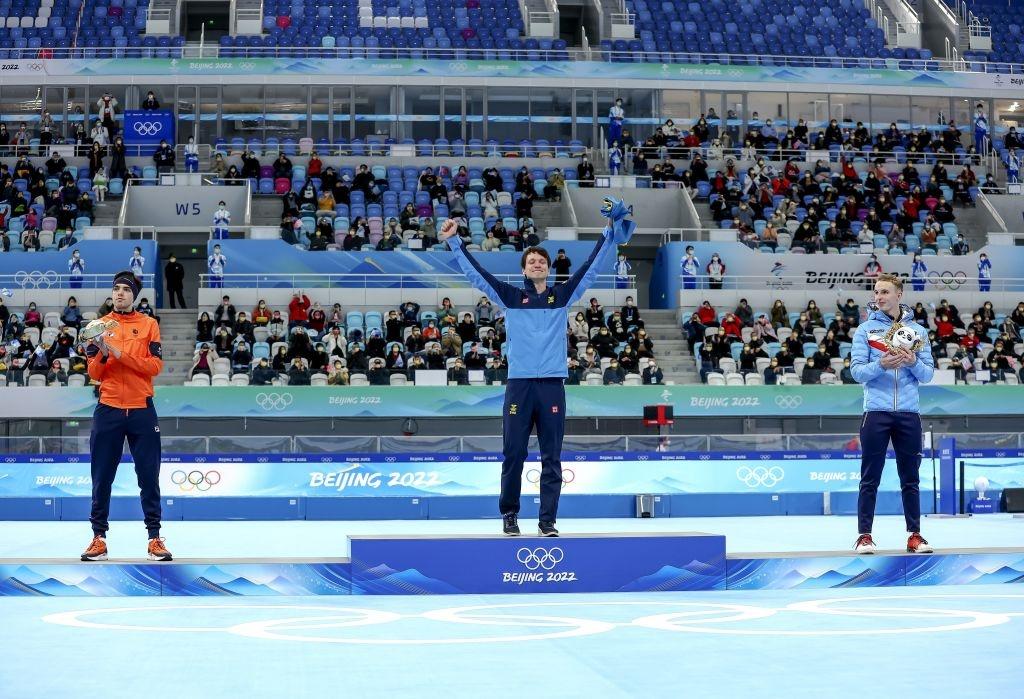 Nils van der Poel (SWE) won the men’s 5000m, but it did not come easy. The Swede was still one second behind Patrick Roest (NED) at the 4600m split, only to edge out his Dutch rival with a superb final lap. Roest took silver and Hallgeir Engebråten (NOR) seized a surprise bronze. Finishing in 6 minutes and 8.84 seconds, Van der Poel broke Sven Kramer‘s (NED) 2018 Olympic record, to definitely close off the era of the threefold champion, who finished in a disappointing ninth place. 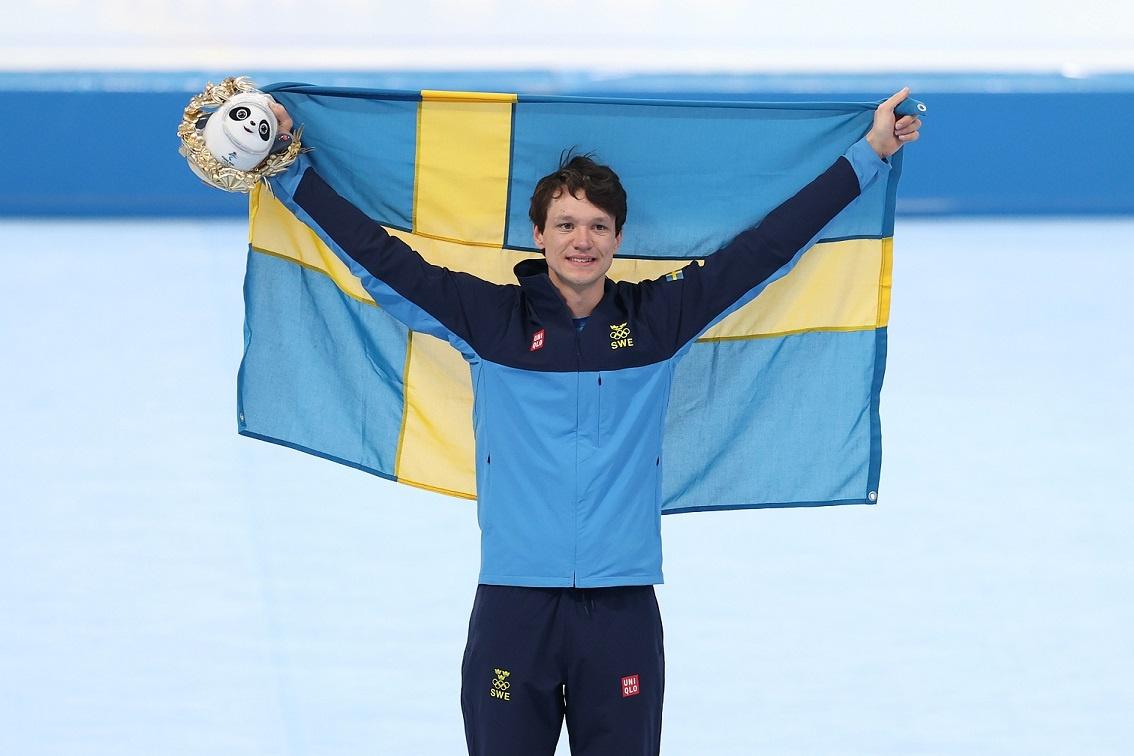 The prey becomes a hunter
Van der Poel was the prey everyone else hunted in the 5000m, but the prey could chase his hunters himself at the National Speed Skating Oval in Beijing. Thanks to his season-long dominance – Van der Poel won all long distances at the ISU World Cup races this season and set a world record in Salt Lake City (USA) last December – he ended up in the final part of the draw and got lucky.

“I would say, it was the best draw we could have,” Sweden coach Joël Eriksson said after the race. “We wanted the last pair and the first inner (corner) and we got it.” Roest started in the final pair of the first batch before the ice cleaning break and set a time of 6 minutes and 9.31 seconds. Van der Poel knew exactly what time he needed for the gold. Eriksson went on explaining: “We knew the leading time, and we put our schedule on 6.09.” 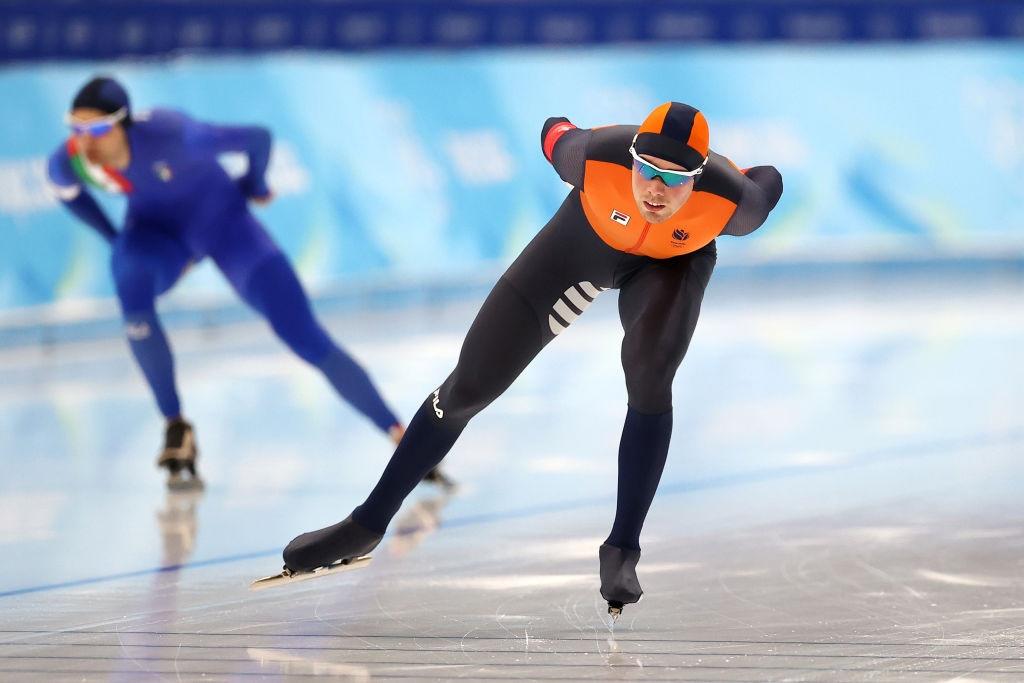 Roest sets the mark
Roest did not know how good his time actually was, before one after another of the podium candidates bit the dust. Jorrit Bergsma (NED) finished in 6:13.18, to end up fifth, and 2018 silver medalist Ted-Jan Bloemen (CAN) clocked 6:19.11 to come in tenth.

When Van der Poel took the ice against Bart Swings (BEL), Roest was still in the lead with Hallgeir Engebråten (NOR) in second place after having skated 6:09.88 in the third pair already. Van der Poel’s assignment sounded easier than it actually turned out to be. “We knew it was 29.1s laps all the way,” Eriksson explained. Roest had five laps under 29 seconds in the first part of his race, but he could not maintain that pace. Van der Poel was on a 29.1s per lap schedule up to the 3000m point, but then his lap times went up a little. “That's when you get a little bit nervous,” Eriksson said, “He did 29.3s and the body looked a bit heavy.” 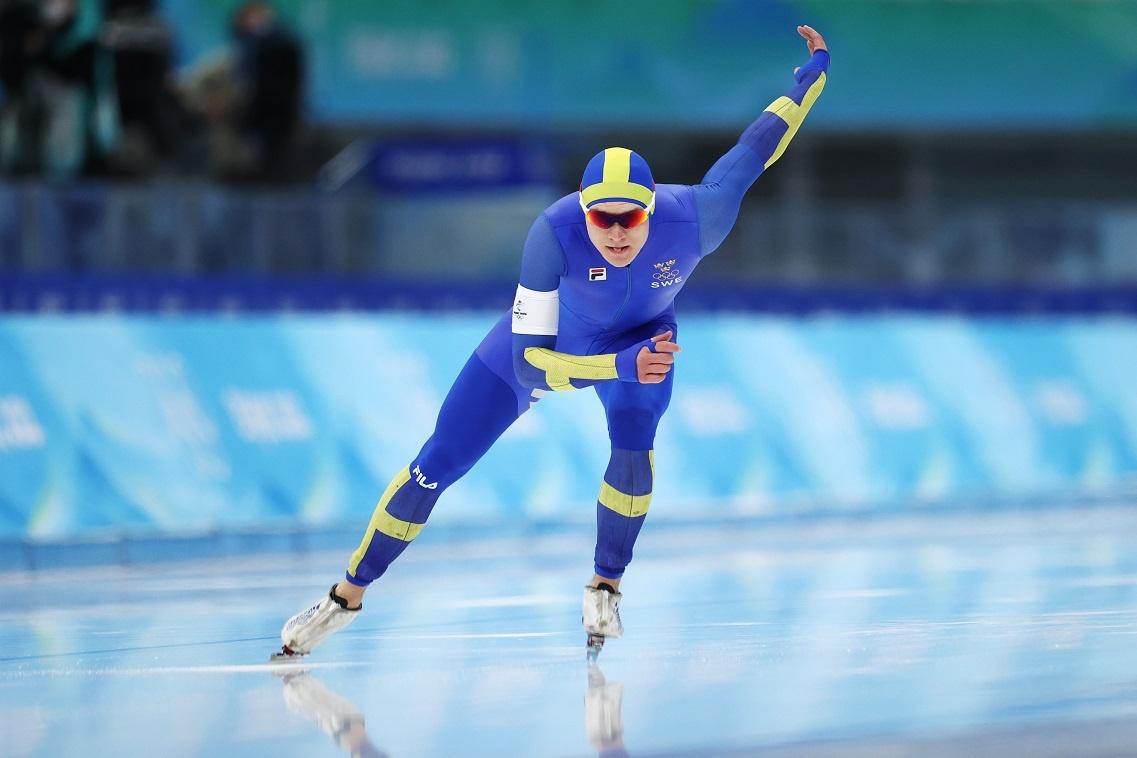 “He finished like only Nils can do,” Eriksson said: “When you think he’s dying, he just puts on another gear.” Again, Van der Poel could perfectly explain how he’d pulled it off: “In Speed Skating the first 90 percent of the race, is the hard part. Because that's just all about setting yourself up for the last laps. When the last laps come, that's when it sucks the most. But then it's the last lap, you just go for it, you just give it all. When there’s three laps to go, it’s tough, but it’s easy tough.”

Hindsight analysis
In the end the difference between silver and gold was no more than a mere 0.47s. For Roest, it was a bitter pill to swallow. “I’m closer here, than I’ve been all year,” he said. “Maybe I’d rather have lost by a two-second margin, because I would have had a better feeling about silver. Now I’m so close and that really sucks.”

Despite being gutted, Roest felt that he had left nothing on the ice. “It’s hard to tell, because I eventually drop the ball in the final lap, but I really couldn’t go any faster than I did. Maybe I could have paced my race differently, but then I might not have gotten to this time at all.”

Would he rather have skated after Van der Poel instead of setting the mark? “That would have been nice. I would have known that I would not have had to skate as fast as I thought I had to, but that’s all in hindsight.” 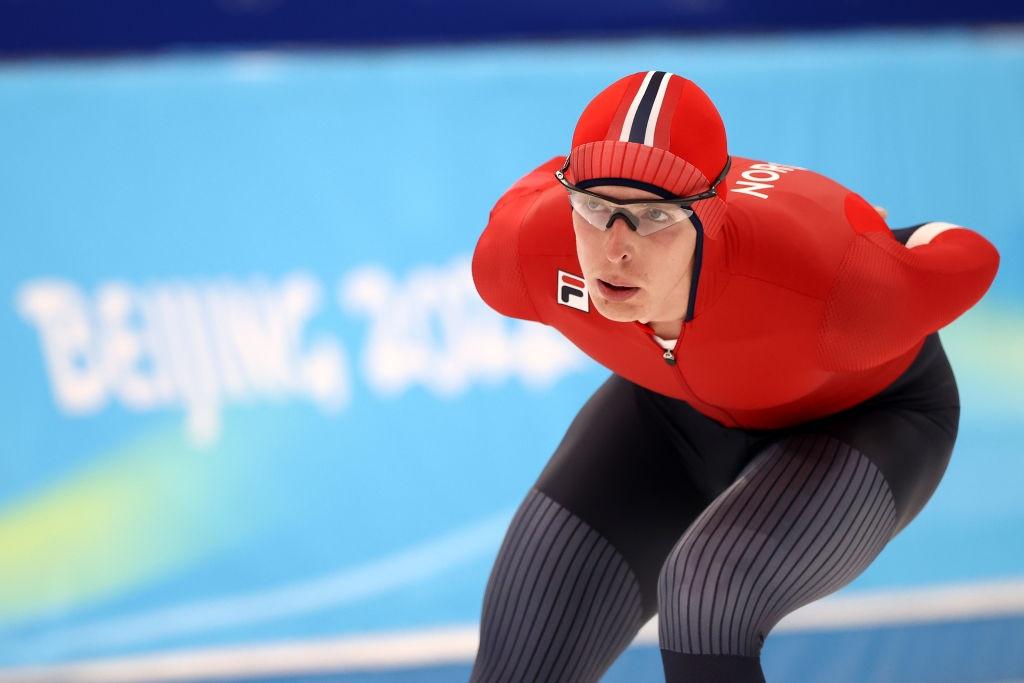 Hallgeir Engebråten (NOR) gets bronze at the 2022 Winter Olympic Games in Beijing, China.© Getty Images

Making up for Pedersen
Bronze medalist Hallgeir Engebråten only came 1.04 short of the gold medal, but he had a different feeling than Roest. “It's really amazing. I never thought I would be able to take a bronze medal," he said. The Norwegian youngster had a tough route to Beijing, taking the only 5000m slot for his nation at the expense of Sverre Lunde Pedersen (NOR). "They decided to take qualification between me and Sverre Lunde PEDERSEN (NOR) at the (2022) European Championships. I was just as nervous at the Europeans as I was now,” he explained. "I knew I had to beat him at Europeans to get this spot. It was really tough to see him (left) behind (…) I hope I made it up for him by taking the bronze medal."

No anonymous goodbye for Kramer
Sven Kramer (NED) finished the final 5000m race of his career in ninth place. Skating versus Viktor Hald Thorup (DEN) in the first pair, the 2010, 2014 and 2018 champion did was more than seven seconds slower than his own 2018 Olympic record (6:09.76). “After a 6:17.04, I would have thought I could have walked a bit faster through this all, but that didn't work out,” he said with a laugh. “I think I can take that as a compliment. Not for today's (result), but for the past 15 years. The moral of the story is just that this was my last 5000m.”

However, Kramer’s last Olympic Games are not over yet. ""I would have loved to skate around 6:10. But yeah, it just wasn't there today. I’m looking forward to the Team Pursuit and the Mass Start."

Schouten draws first blood in the Women's 3000m in Beijing

This is UpAgain: A Speed Skating Documentary