When Julian Macaraeg of the Philippines and Ethan de Rose of New Zealand went to collect the helmet numbers for their teams at the first ISU World Cup Short Track event of the Olympic season, the envelope contained only one number. They represent a small group of lone skaters who relish the opportunity to compete at the highest level.

Macaraeg is the only skater to represent the Philippines in this season’s ISU World Cup Short Track Speed Skating. The 18-year-old, born in New York to Filipino parents, was inspired to try Short Track after he watched USA’s Apolo Anton Ohno win silver in the Men’s 1500m at the Vancouver 2010 Olympic Winter Games. 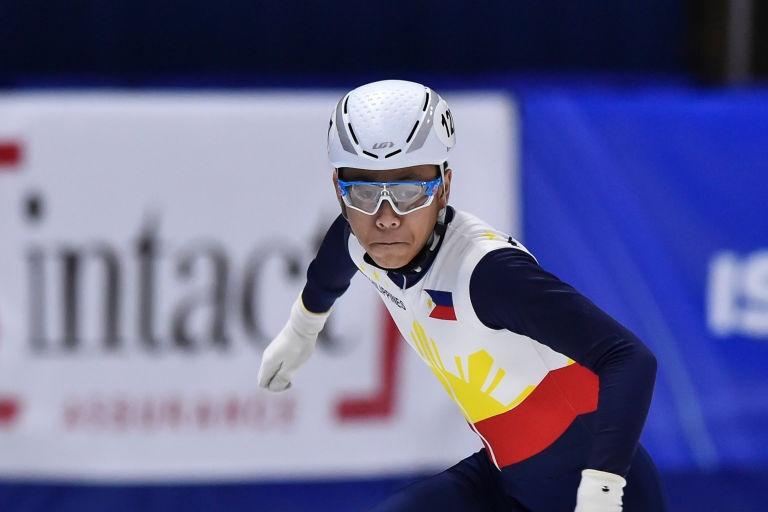 The teenager has since been honing his skills at a local Speed Skating club in New York and now hopes to realize his long-time dream of qualifying for the Beijing 2022 Olympics.

A fundraising campaign was launched for Macaraeg last summer to help him cover the expenses required to prepare for and compete at the season-opening World Cup in Beijing.

“It’s a pretty expensive sport, especially if you’ve to do it all by yourself,” he says.

Macaraeg is coached by his Ukrainian mentor Valentyn Danilovsky, while his father, Jesse Macaraeg, also traveled with him for support.

Macaraeg senior explains that he can make it to only the first two World Cups. “I can’t afford to be away for so long as we also have to make a living,” he says, as he watches his son glide around the ice rink during a training session at Beijing’s Capital Indoor Stadium.

“I took two weeks off from work. His mother will travel with him for the events in Europe.” 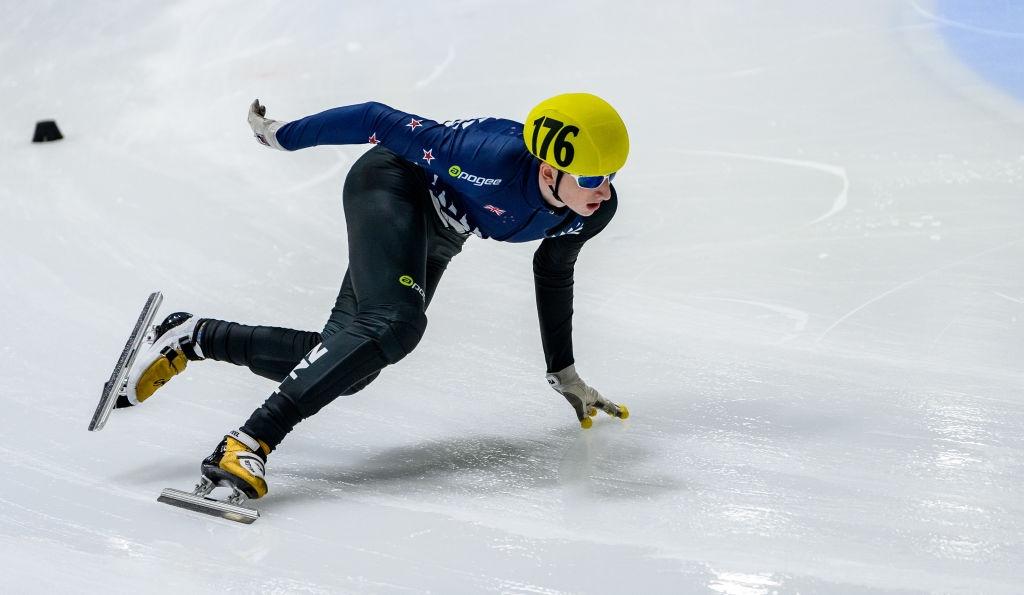 It is a huge contrast to the backroom staff of traditional Short Track powerhouses such as China and the Republic of Korea. They bring their own coaches, video analysts and medical team with them – but Macaraeg does not shy away from the challenge at hand. “We’ve to work around the situation and just make do with what we have. My coach only focuses on me.”

Macaraeg was faced with more hurdles returning to the circuit for this season. With the ice rink in his hometown closed from March until November, he trained with the US Short Track Speed Skating team in Salt Lake City last summer to prime himself for competition in the all-important upcoming Olympic season.

“Stephen Gough (Team USA head coach) used to be my coach at my club in New York so I asked him whether I could train with them,” Macaraeg says. “He was willing enough to accept me in the team, which has been amazing. I had to be with a bigger and stronger team as I was lacking the training.”

The Filipino-US skater is not the only athlete who joined Team USA ahead of the start of the season. New Zealand’s De Rose also trained with the set-up in Utah, albeit only four weeks before traveling to the Chinese capital.

The pandemic had previously prevented the 19-year-old De Rose from going abroad for training camps. “The United States was basically the only country I could’ve gone to train at that point. Before that I was just training alone with my coach in New Zealand. But he couldn’t come (to Beijing) because he got diagnosed with a viral skin infection. I’m literally all by myself here,” De Rose says.

“It’s real lonely seeing the big countries with all their skaters, but I’ve become friends with people from a lot of teams over the past few years, so I tag along with them. I like being a role model for all the skaters back home.”

After the Asian double-header this October – the action moves to Nagoya (JPN) following the Beijing opener – Macaraeg and De Rose will be joining Team USA once again in a training camp in France to prepare for the final two World Cups, taking place in Europe. The skaters need to make it into the top 32 overall for either the Men’s 500m and 1000m or the top 36 for the 1500m to secure an Olympic berth for Beijing 2022.

“Knowing that I’m the lone skater, it would be such a great honor to represent my country at the Olympics,” Macaraeg says. “I want to follow in Ohno’s footsteps and also show that even though you represent a tropical country where there is no ice usually, you can still compete in winter sports.”