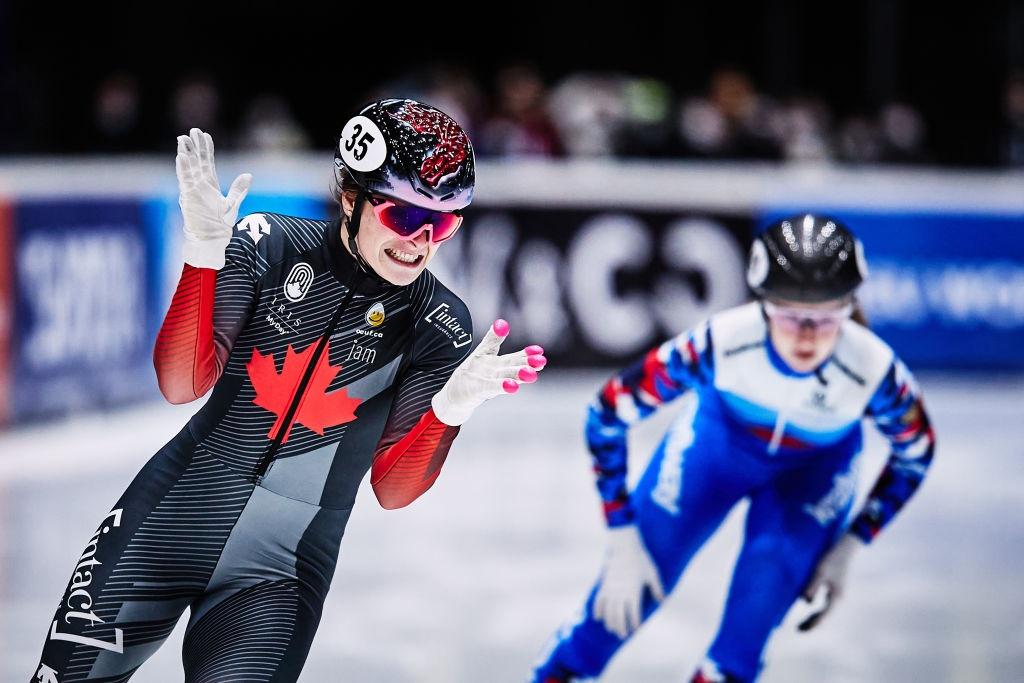 Schulting came into the meet having won all three individual events at the World Cup event in Debrecen last week, as well as a clean sweep at the 2021 World Championships at this rink. But she ended Saturday with one bronze medal from two finals.

On the back of a third-place finish in the 500m in Debrecen, it was Boutin who took the gold in Dordrecht for her first World Cup win this season, continuing her return to top form after taking a hiatus from the sport earlier this year. 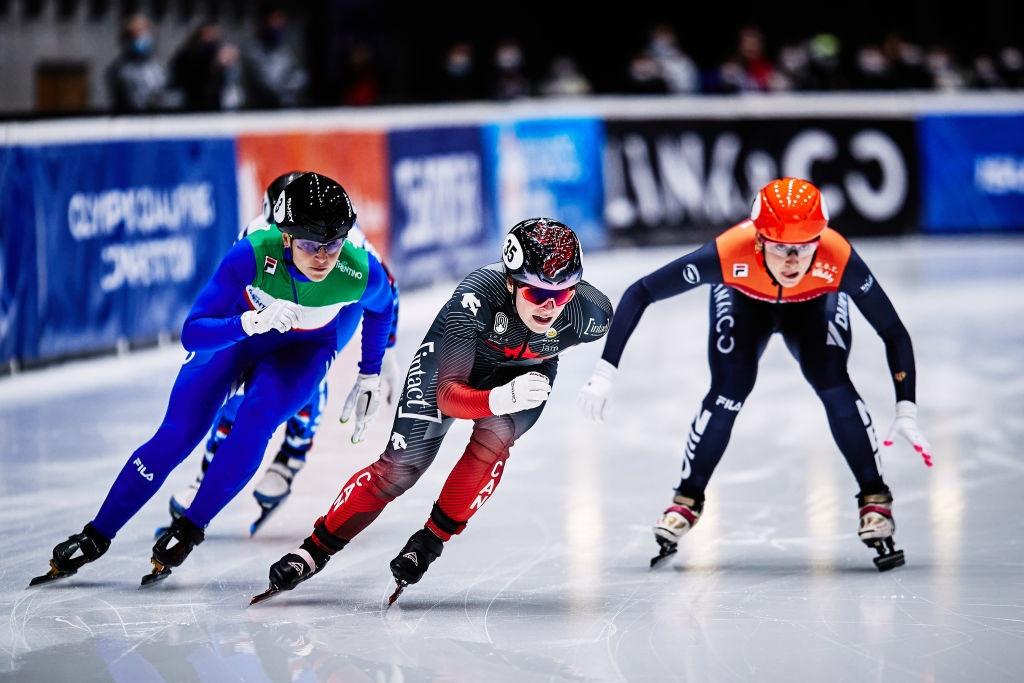 "I'm pretty happy about the race," Boutin said. "I felt like the speed was there, it's about being calm in front and there was a lot of action (behind her) so it's really nice that I passed that."

Boutin started the final in pole position and led into the first turn ahead of Italy's Arianna Fontana and Schulting. After being passed by Fontana midway through the race, Boutin reclaimed the lead on the next turn and held her advantage to the finish. 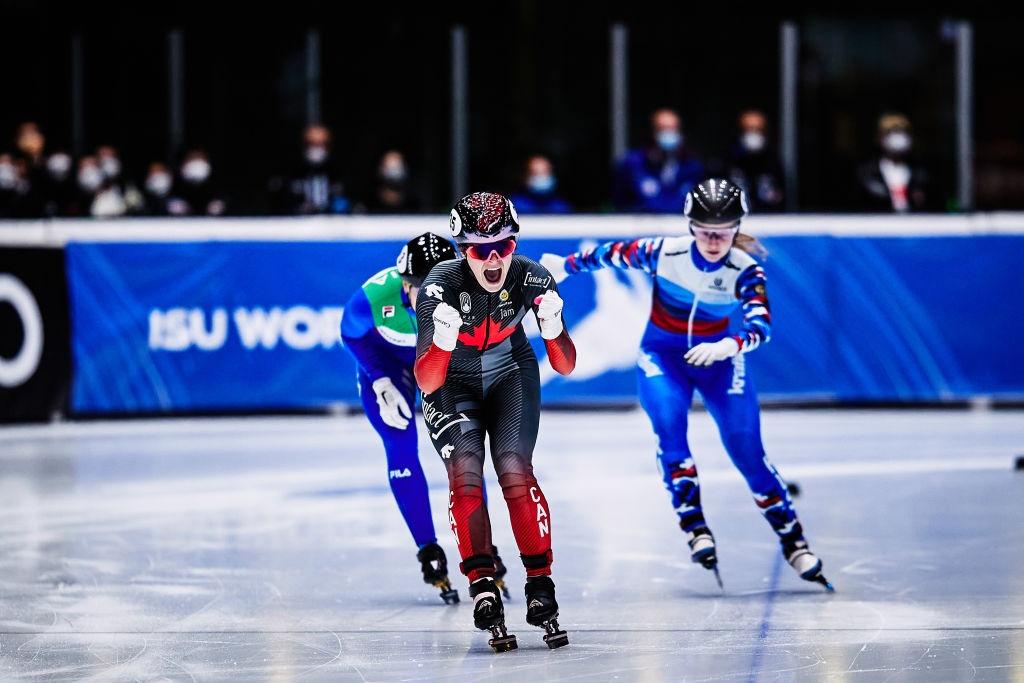 "I knew that it was the right thing to do (allowing Fontana to pass her on the inside) because I was really wide at this point, but I was building speed so I could get back and pass her again," Boutin said.

Schulting moved into second inside Fontana on the penultimate turn but fell rounding the corner and crashed out, allowing Fontana to win silver and Elena Seregina (RUS) to take bronze.

"I saw there was a gap and I jumped in the gap, and I think that was an amazing pass," Schulting said.

"And then I also had in mind, because I had a lot of speed, that if I push it through maybe I can pass Kim Boutin. I think I pushed maybe a little bit too early on my left skate and that's why I fell down." 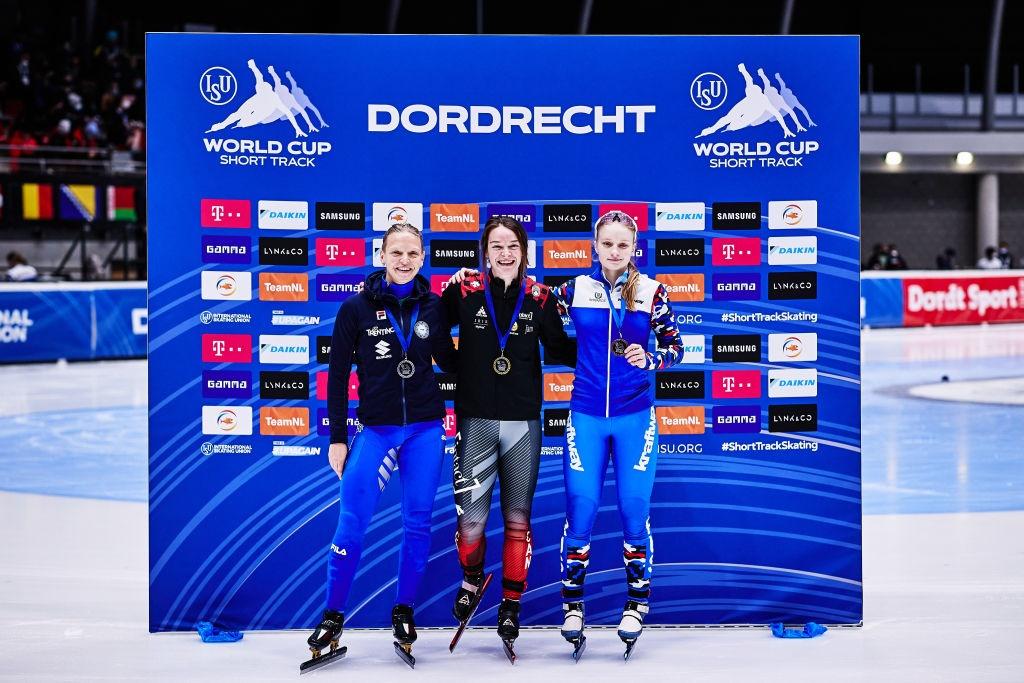 In the 1500m, Schulting appeared set for her third consecutive World Cup victory in the discipline when she took the lead with seven laps to go in the final, maintaining her advantage until the bell. 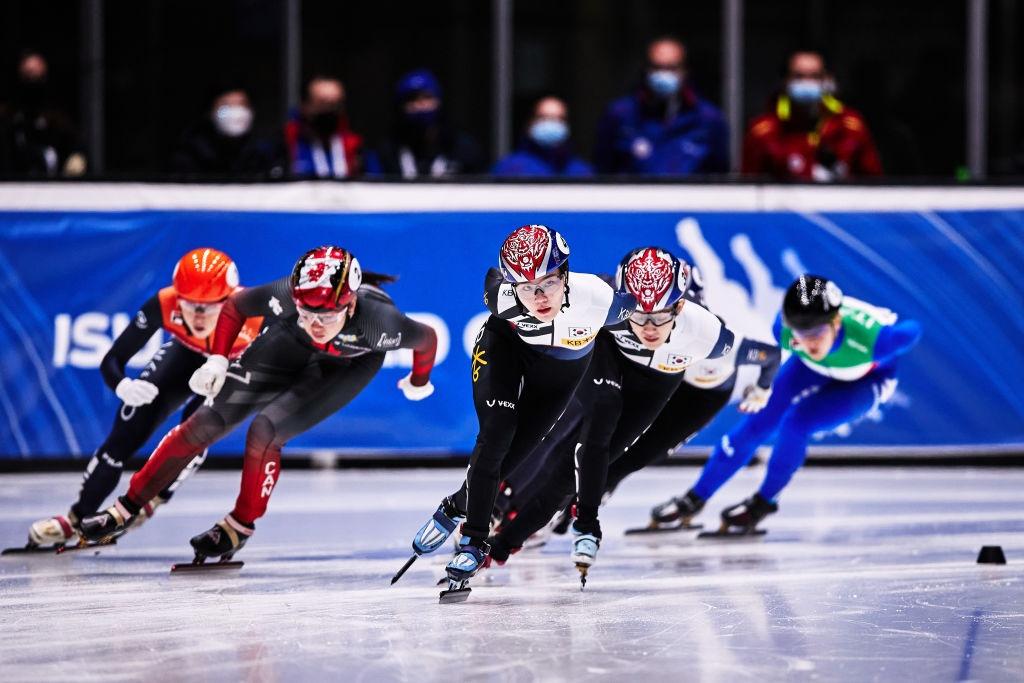 But Lee overtook her on the inside on the penultimate turn and held on to win, while Canada's Courtney Sarault passed Schulting from the outside coming out of the final turn to claim silver, leaving the Dutch pre-race favorite with bronze. 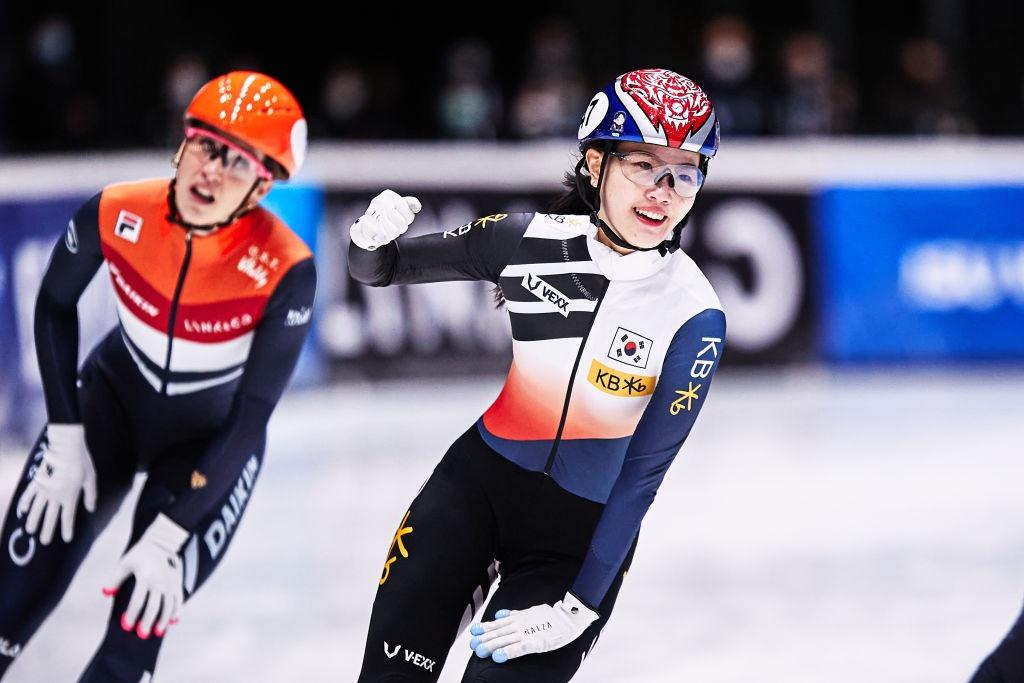 "I felt pretty in control when I passed with seven laps remaining, and I think I did a pretty good job," Schulting said. "Only the power in the end was a little bit gone and I was not able to finish it right."

Lee added the victory to her season-opening gold in Beijing and silver in Debrecen to claim the World Cup 1500m season title ahead of Schulting. 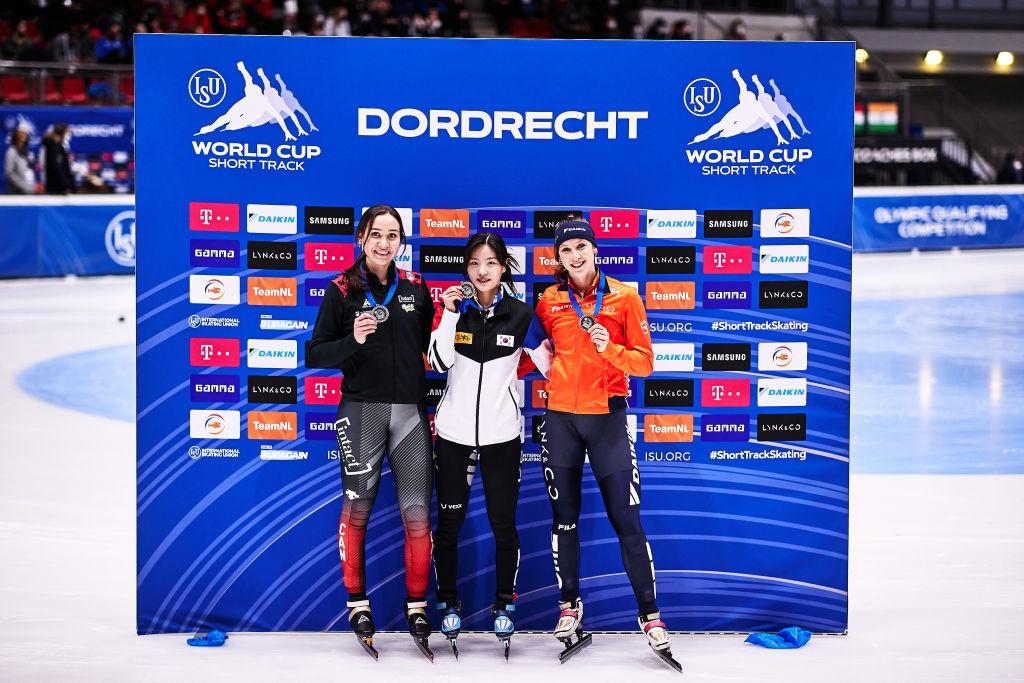 The Dordrecht World Cup concludes on Sunday with the Men's and Women's individual 1000m and Relay finals.