Sofia Shevchenko/Igor Eremenko of Russia clinched a narrow lead as the competition opened with the Junior Rhythm Dance in Vancouver (CAN) on Thursday. Their teammates Arina Ushakova/Maxim Nekrasov and Elizaveta Khudaiberdieva/Nikita Nazarov follow in second and third. 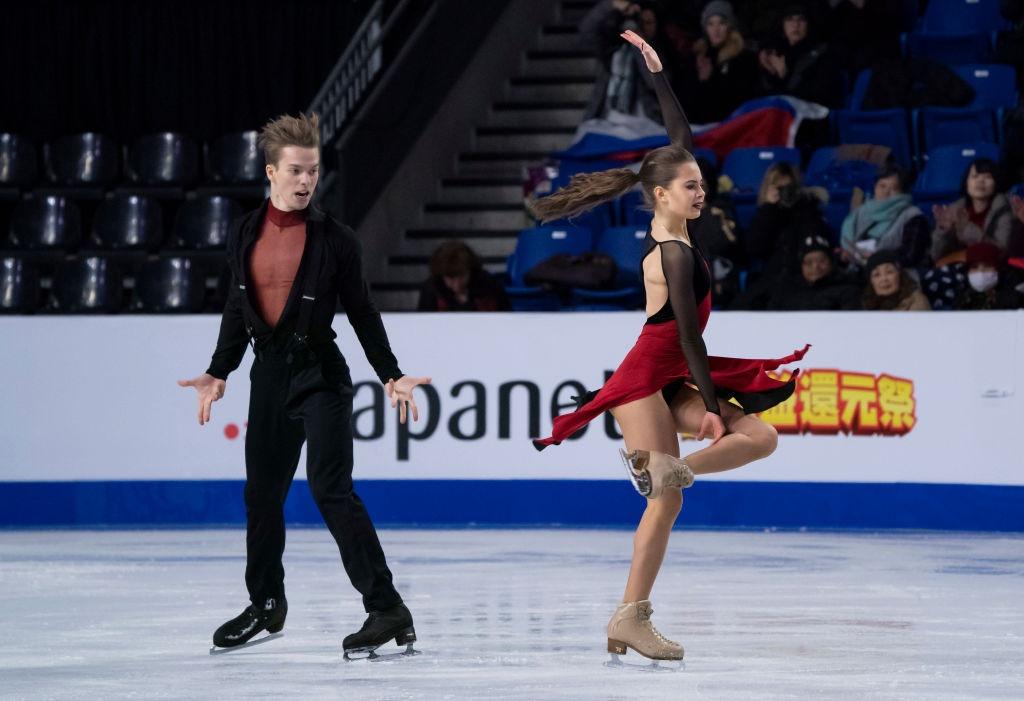 Dancing to “La Cumparsita”, Shevchenko/Eremenko picked up a level four for the twizzles and the lift as well as a level three for the circular step sequence and the first Argentine Tango sequence. The team from Moscow set a new season’s best with 67.73 points. “It is a high score and this is our record (seasons best). We are very happy. And we deserved it,” Shevchenko said. The skaters felt the support of their team- and training mates Alexandra Stepanova and Ivan Bukin. “We really happy that they were cheering for us. Even during the warm-up before going on the ice and during the training, we had a feeling of being at home,” Shevchenko explained.

Ushakova/Nekrasov’s performance to a modern arrangement of “Libertango” and a Flamenco featured level-four twizzles, a level-four rotational lift and Argentine Tango sequence. The World Junior bronze medalists earned 67.49 points. “It was not our best score and honestly I had hoped for more. We felt good in the program, we didn’t notice any errors,” Ushakova commented. “Tomorrow is another day. The main battle will happen tomorrow,” she added.

Khudaiberdieva/Nazarov turned in a strong performance to “Tango Amore” by Edvin Marton as well, posting a season’s best of 66.29 points. “It is amazing, I am in complete awe,” Khudaiberdieva said about competing in their first Junior Final. “There was some type of nervous excitement, because it is such a big event, there is a big crowd. I was shaking a bit an hour before the performance. But when I stepped on the ice and saw the big crowd, who came to see our performance, it gave me confidence and a push,” she continued.