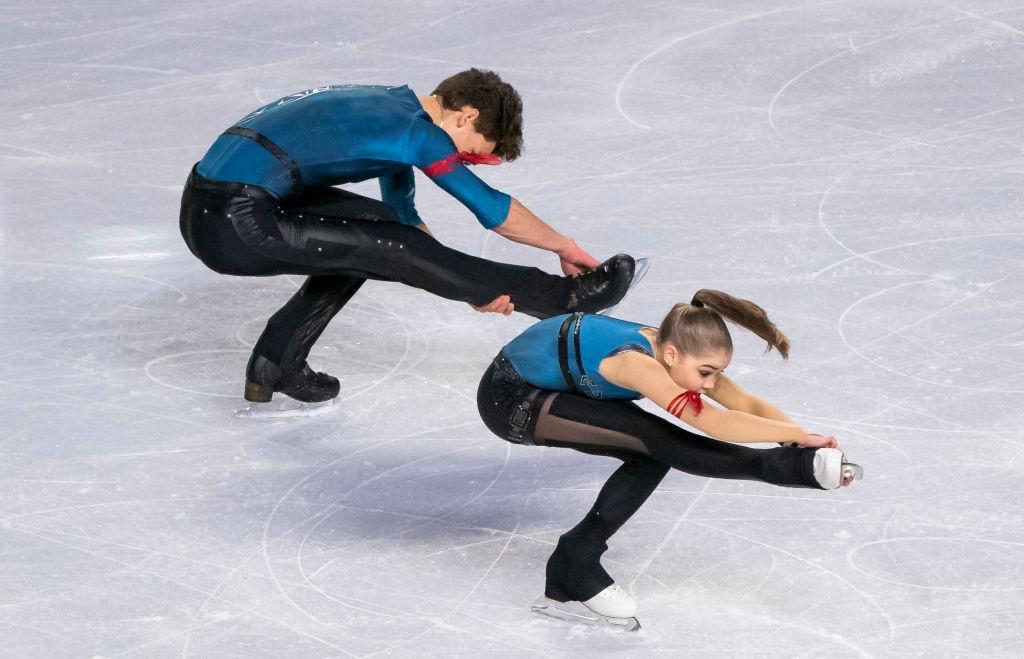 Skating last, Kostiukovich/Ialin put out an energetic performance to “Survivor” from the Lara Croft soundtrack, completing a triple twist, side by side double Axel, throw triple Salchow and an original lift. The World Junior silver medalists posted a new season’s best with 66.84 points. “We could have performed better, the elements could have been done in a better way and we can improve on some levels. There is still a lot to work on,” Kostiukovich said. “I like this character,” she said about their music choice. “I don’t like classical choreography so much, I like a tougher character.” 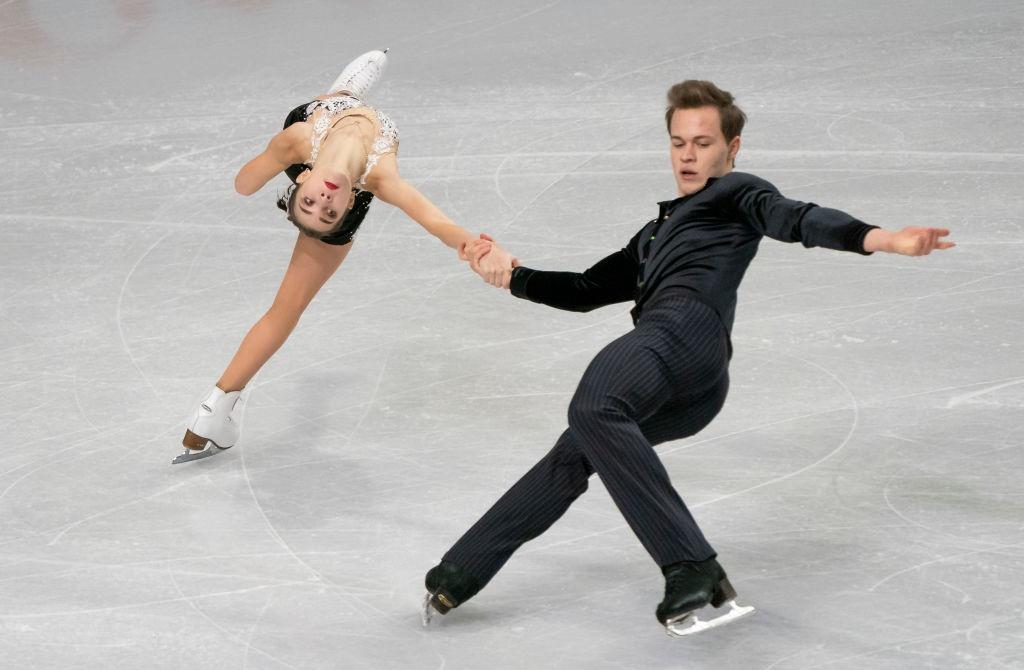 Panfilova/Rylov’s program to “I Put a Spell On You” included a triple twist, double Axel, throw triple Salchow and a level-four side by side combination spin. The reigning ISU Junior Grand Prix Final silver medalists earned 66.44 points, a new season’s best. “We worked a lot, after the Cup of Russia in Kazan. We had a very long break, and that it was visible in today’s performance,” Panfilova noted. “Last year in Japan (at the Grand Prix Final), the crowd was bigger but the crowd here supports us well. It is a very warm environment,” she added. 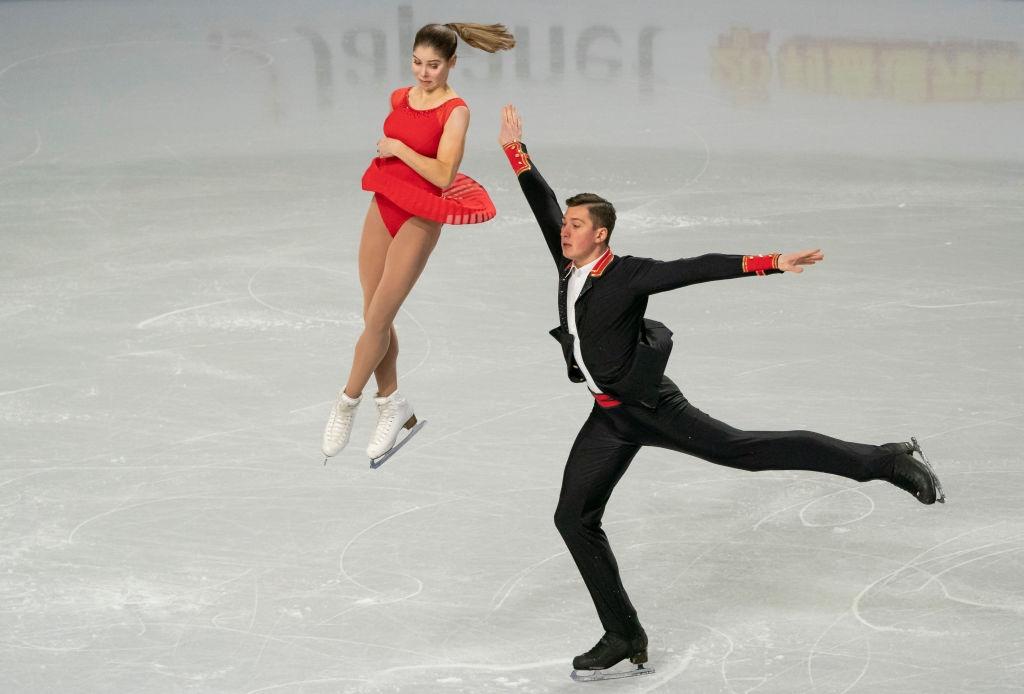 Mishina/Galliamov produced a high throw triple Salchow, triple twist and four level-four elements in their routine to “Party Like a Russian”. The World Junior bronze medalists scored 64.37 points. “We are a bit nervous because it is our first Final. We did not do all we can (perfectly), but in the free program we will try to skate better,” Mishina said.