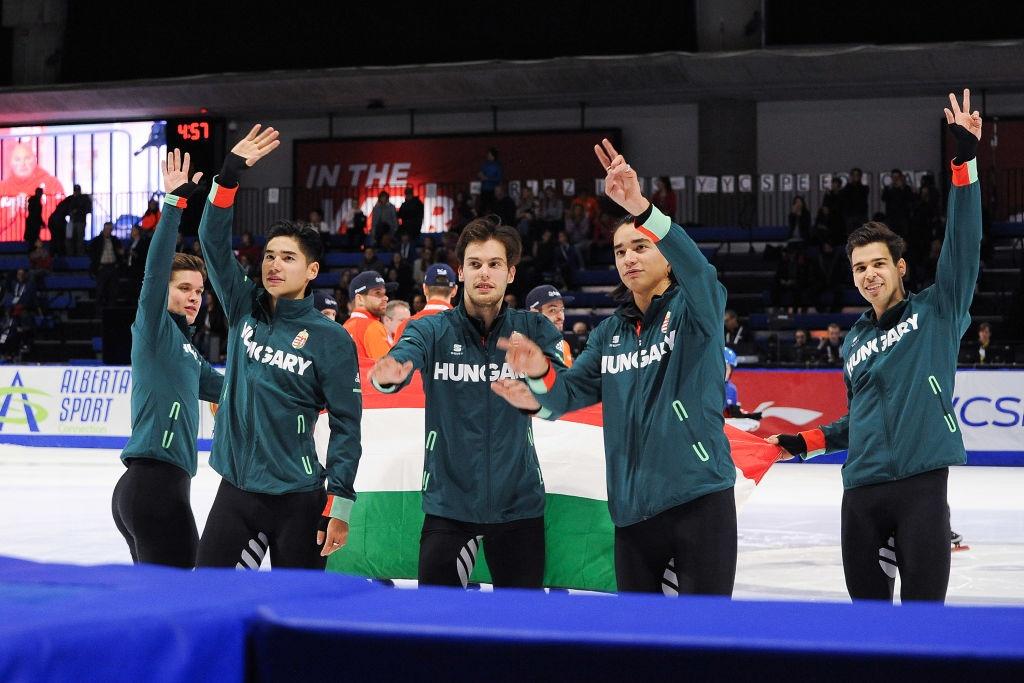 Even in a season crammed full of spectacular highlights, the race in which the Hungarian Men’s 5000m Relay team smashed the world record after 45 laps of thrilling competition stands out as a perfect illustration of Short Track Speed Skating at its very best. 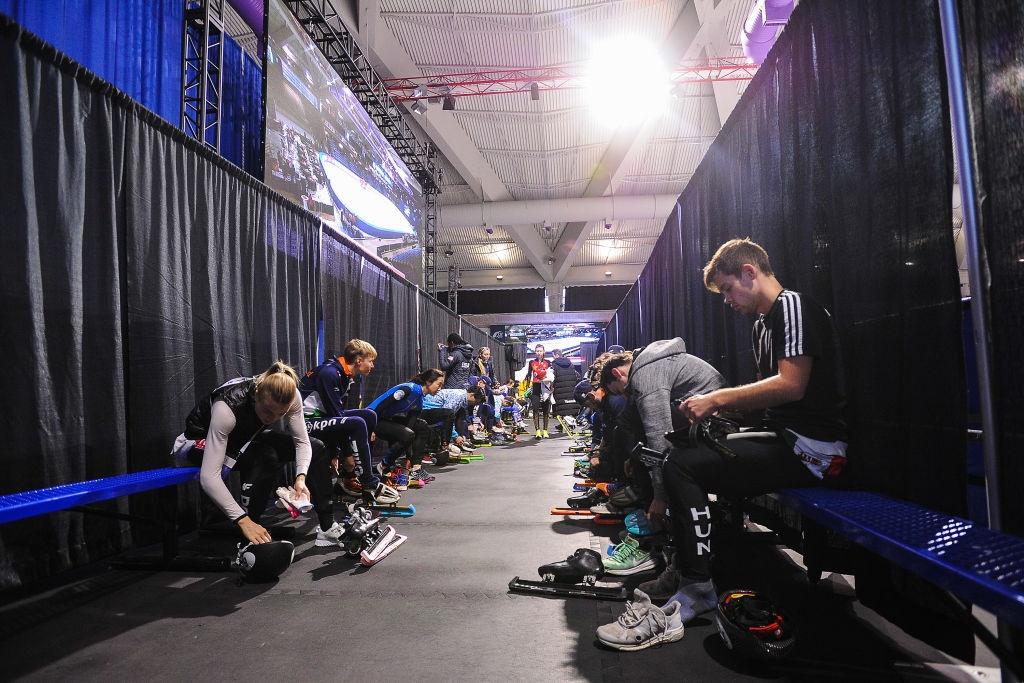 The 2018/19 season had barely begun when teams representing the Republic of Korea, the Netherlands, Canada, Japan and Hungary lined up for the 5000m Men’s Relay final at the ISU World Cup Short Track Speed Skating opener in Calgary, Canada. What followed may have lasted less than six minutes and 30 seconds but, more than five months later, it is still firmly imprinted on the memories of many.

Short Track Speed Skating Relays are consistently full of drama, intrigue and bucketloads of excitement and, with 20 of the world’s finest skaters, fresh from a summer of training and raring to go on the fast ice of Calgary’s Olympic Oval, fans witnessed a frenetic pace from the gun. 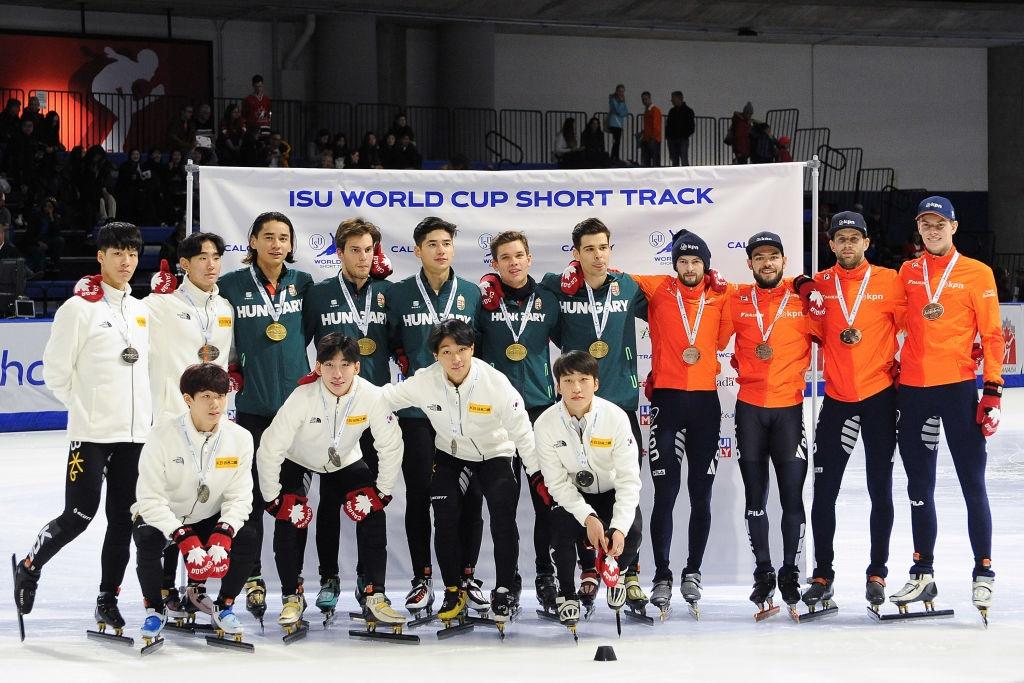 “It was a pretty rough race, quite messy with lots of passes and we almost had a fall with 20 laps to go,” Shaolin Sandor Liu explained afterwards. “I was super worried we were going to end up finishing with just three men.”

They didn’t. Instead, over the course of the final laps, the Hungarians, in what for their rivals is becoming an ominously familiar trait, emerged from the pack to grab the race by the scruff of the neck. 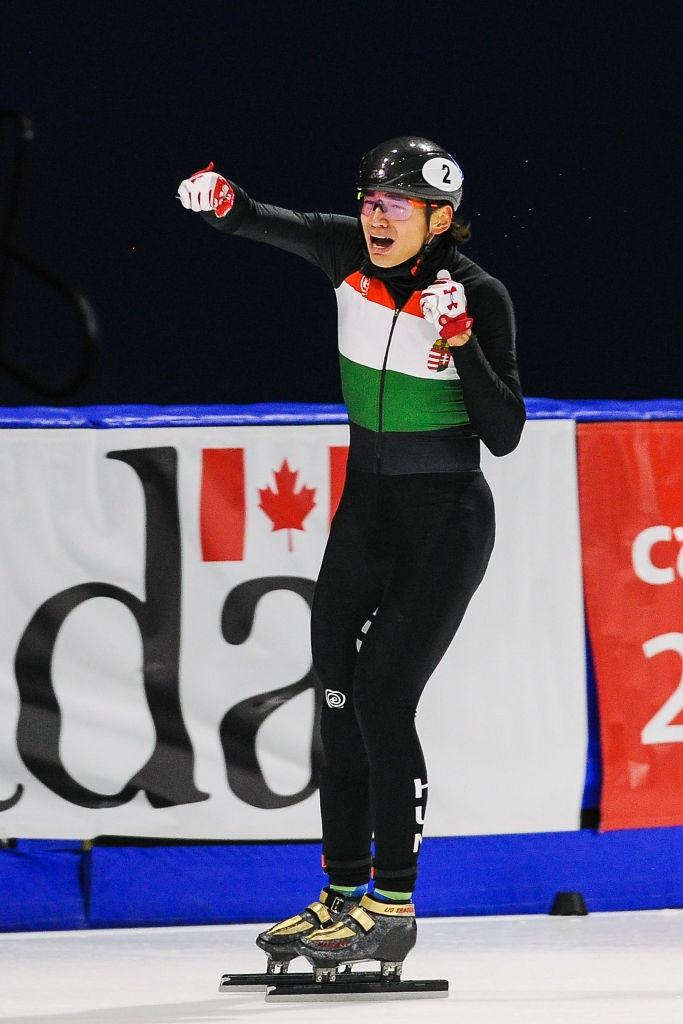 Buoyed by their historic Relay victory at PyeongChang 2018 – a first Winter Olympic medal for the nation in 38 years – the trio of Csaba Burjan, Cole Krueger and Shaoang Liu combined to present Liu the elder with a lead he did not relinquish on the final lap.

Even then, the 23-year-old Budapest native had no idea what he and his team had achieved.

“I didn't actually realize at first," Shaolin said with a laugh. "I was just screaming. I was shouting, ‘Yes, baby’, wanting to high-five my coaches, and then I went to hug my brother, and he said, ‘Look at the screen’.

They had finished in six minutes and 28.625 seconds, which put them 0.232 seconds clear of Korea in second but far more importantly it meant they’d battered 0.427 seconds off the world record.

The Olympic champions, who had set an Olympic record in the final in PyeongChang, were now world record holders.

“It’s unbelievable to have done it,” Shaoang Liu said. “The speed was so fast from the beginning, so I was so happy just to have won. But then I saw, ‘World Record’ on the screen and I was just like, ‘Wow!’” 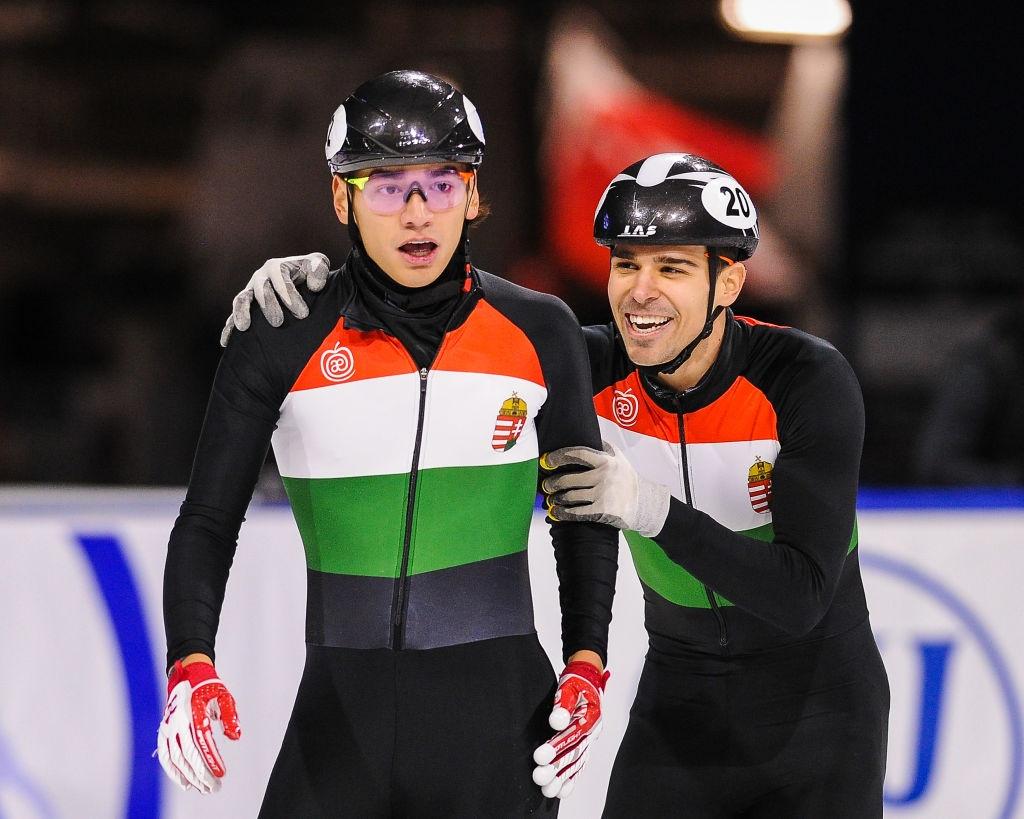 In a quirky twist of fate Krueger had taken the world record from his brother John-Henry Krueger, who, along with JR Celski, Thomas Insuk Hong and Keith Carroll, was part of the USA team which set the previous mark in November 2017. 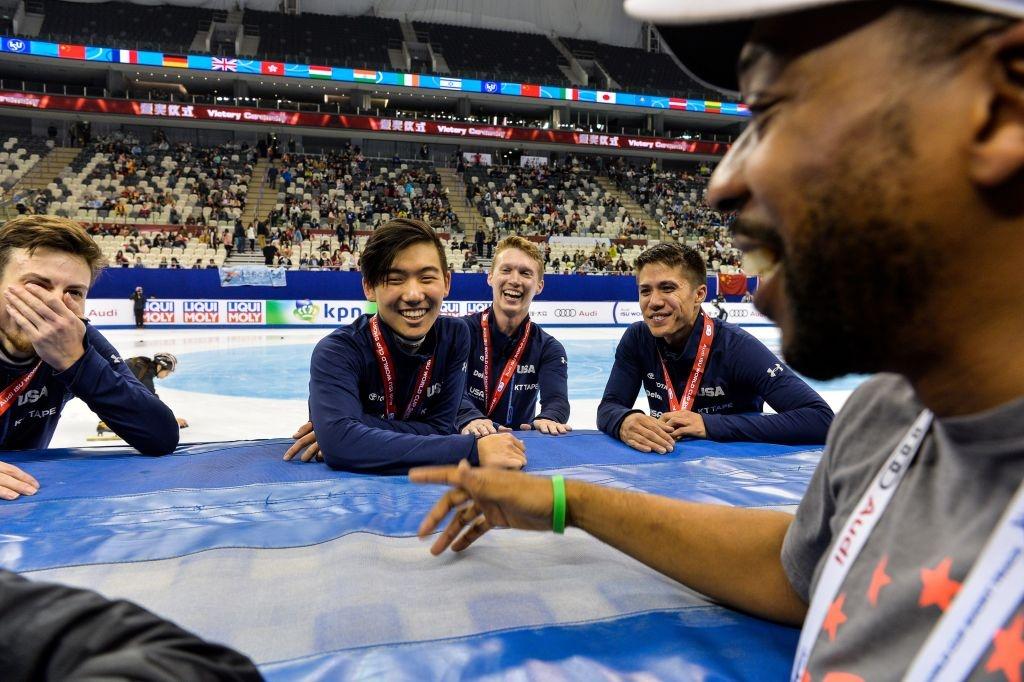 Sibling synchronicity apart, the world record run set up both the Liu brothers and the Hungarian Relay team for a fabulous season. Despite breaking three bones in his left hand during a fall at the ISU World Cup Short Track Speed Skating event in Dresden, Shaoang Liu is currently ranked third in the world in the 1000m and sixth in the 500m. Who knows where the younger Liu would be lying had that injury not ended his season early – he finished second, third and second in the three 2018/19 World Cup 500m races he contested.

Sajnos a balesetem miatt nem tudok részt venni a világbajnokságon, de ott leszek, és szurkolok a magyar csapatnak!🤕💪🏼 . Due to my injury I can not participate in the World Championships, but I will be there as a member of my team to cheer them on!🤕💪🏼 #worldshorttrack #onehanddown #hunskate

Shaolin Sandor was just as impressive, with his victory in the 1000m at the Salt Lake City World Cup Short Track Speed Skatingstop among a mass of podium places. But it was at the ISU European Short Track Speed Skating Championships in Dordrecht in January where the pair really showed their class. Between them, the Lius grabbed four of the five Men’s gold medals on offer, with the 5000m Relay title, perhaps predictably, among those trinkets safely stowed away in their luggage as they left the Netherlands.

And, as the 21-year-old said, they have plenty of ambition left: “I maybe still have another 10 years of skating in my legs, so I hope there are many more records to come.”

A season’s best: focus on the Republic of Korea

Past Master: Apolo Anton Ohno (USA) opens up on life lived to the max