To get #UpAgain Deanna Lockett had to try something different

A year can be a long time in sport, and – in the case of Deanna Lockett – time enough to assume an entirely new nationality. 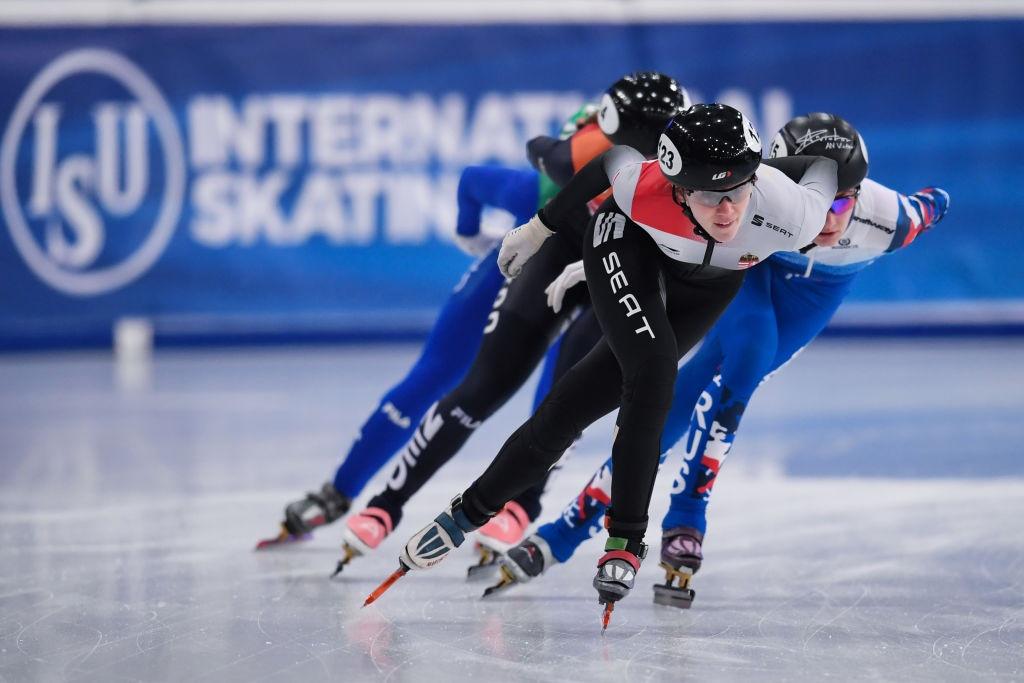 Having competed during her whole career under the Australian flag, Lockett underwent a period of self-reflection after the PyeongChang 2018 Olympic Winter Games which ended up with her switching to Team Hungary – or, as she puts it, becoming “a Hungaroo”.

PyeongChang 2018 was something of a turning point for Lockett. Having won Australia’s first ISU World Cup Short Track Speed Skating medal over 1500m during the 2017/18 season, she was disappointed with her eventual 15th place finish in the event at those Games. Rather than simply making up the numbers, she wanted to do something which could help her get #UpAgain and not only compete with the best but become one of the best.

“I didn’t want to just go to three Winter Olympics. I want to try and level up and do something different,” she explained.

Today I was looking back at my Olympic photos. Some of the photos were such nice memories and something I’ll have forever. Others maybe were not the memories I wanted to have from the games.. especially when you dedicate your life to this one event. This photo was one of them- right before I was passed and beat out of the next round...Really heartbreaking. On the other hand though this photo hungers me to be better, learn from my mistakes and work even harder to accomplish my dreams, and of course to never give up! It’s one of life’s lessons, and I’m only moving forward from here 💪

In the months following the 2018 Games, Lockett’s first attempt to mix things up was an experimental switch to Speed Skating, on the long track. She moved to the Netherlands to join a group of skaters trained by the experienced coach Desly Hill, an ill-fated trial which Lockett admits was a bit of a disaster.

Today was my first day on Long track skates... very different to what I’m used too. But got to keep pushing! 💪

“I absolutely hated it,” she said. “And it was also hard to master a new kind of sport, which was a lot different to what I expected. I just couldn’t even get the rhythm of the skating, it just felt really different. Like too much straight – I need more corners! In Short Track, all your speed comes from the corner, and, while that’s the same in long track, you have this long straight to carry your speed. That made me realize, I either have to stop or skate Short Track.”

And so Lockett decided to reach out to Hungary, the surprise Men’s 5000m Relay gold medalists at PyeongChang 2018 and a rising global force in Short Track Speed Skating, largely thanks to the mighty Liu brothers – Shaolin Sandor and Shaoang.

Having already trained with them for several seasons leading up to the PyeongChang Games, Lockett asked whether they might consider allowing her to compete under the Hungarian flag and become an official member of the team.

“I literally just went there because of my experience with them, and I saw that if I joined the Relay, we might be stronger because the team was a little bit weak at the time. So I thought it was a good opening, and they said yes, and everything just happened really quickly from then.” 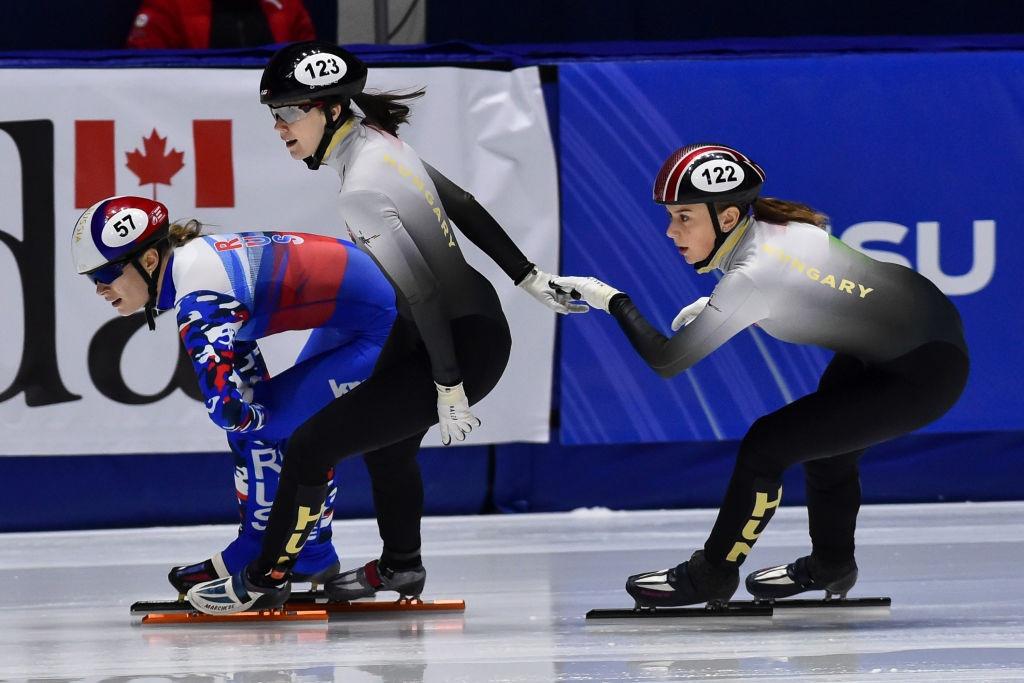 Lockett’s #UpAgain journey started when she officially became a Hungarian citizen in May 2019, and is now competing under her new flag. As well as eyeing a new source of medal opportunities on the global stage through the Ladies’ 3000m Relay, and the new Mixed 2000m Relay competition, she’s also enjoying a new lease of life, without the pressure that being Australia’s leading Short Track Speed Skater sometimes brought.

While Australia – traditionally a summer-sport powerhouse – are rapidly improving in winter sports, particularly in events such as freestyle skiing and snowboarding, in which they won three medals at PyeongChang 2018, they lag far behind the world’s leading nations in Short Track Speed Skating. Lockett – Australia’s only possible medal contender in the sport for many years – admits that sometimes her skating suffered as she was too afraid to take risks. 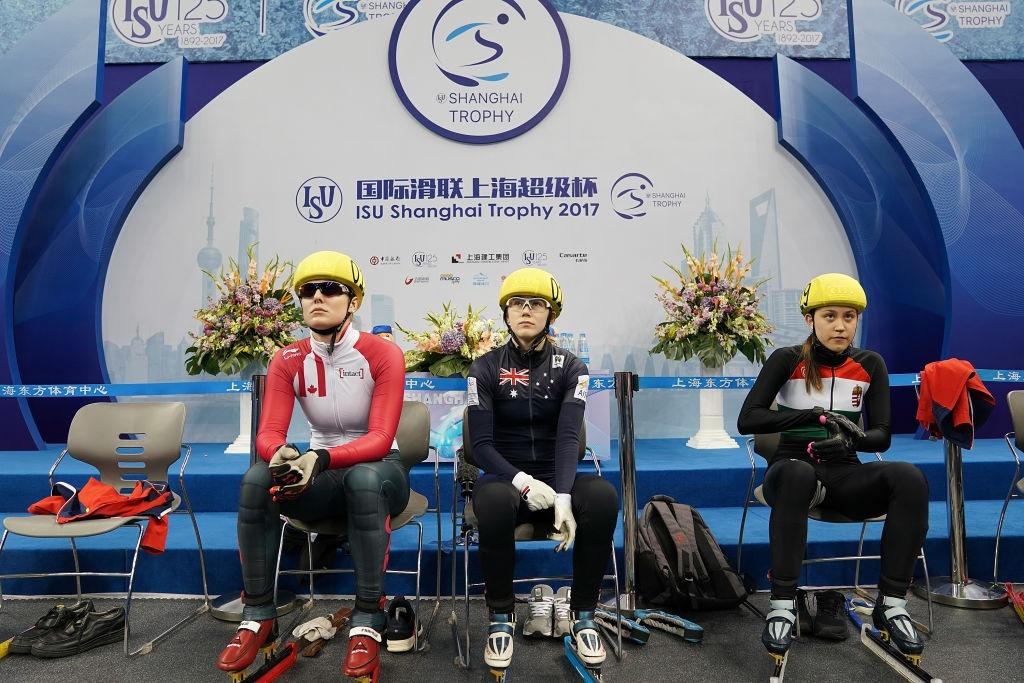 “As an Australian it all relied on me,” she explained. “I had my coach supporting me and all of that, but every report was going to be about what I did, so I had to perform. It made me race a little bit more on the safe side.

“But now I’m trying to take more risks because I have room to do that, and I think that will help me develop in the sport. Now I have a team around me and it’s a different dynamic. If you have a bad day, everyone understands it’s the sport.”

Competing for Hungary, she has found the closeness offered by the team environment has also helped her cope with the sometimes-maddening ups and downs of Short Track Speed Skating.

“Luck has a play in this sport which is good and bad,” she said. “Sometimes it’s your day, sometimes it’s not. I think I had a bit of bad luck in the last couple of seasons, so I think I felt it a little bit.

“But this sport is an addiction. You want to have the highs and sometimes you’ve got to ride the lows.” 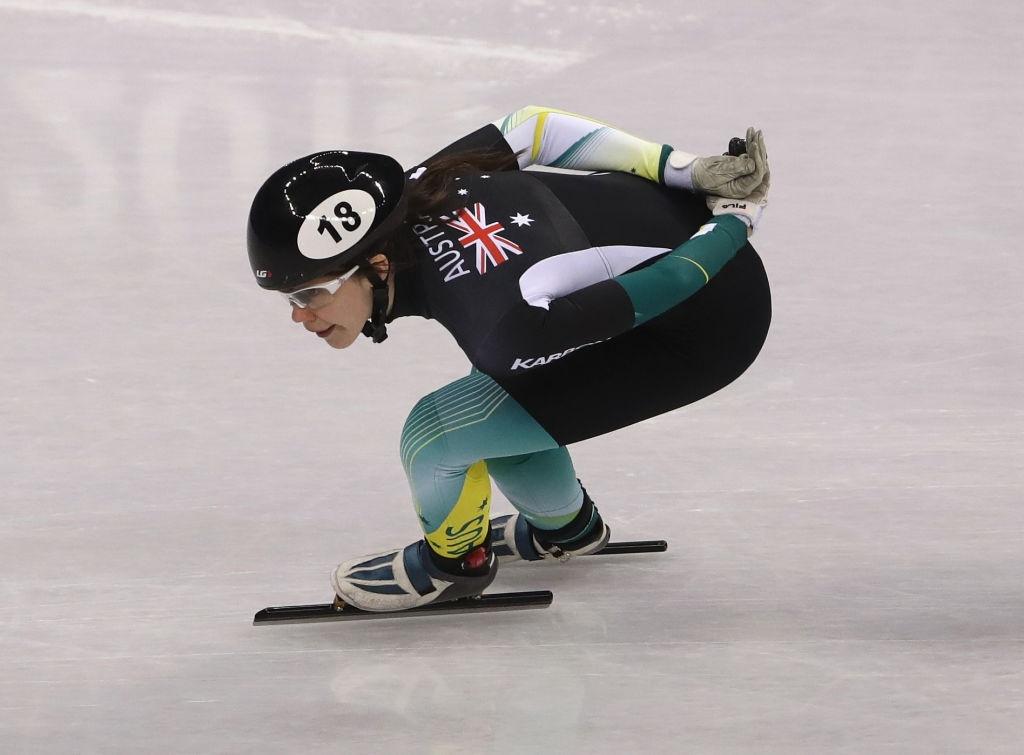 But while she does experience the occasional pang of no longer racing for her nation of birth, she’s determined not to look back.

“I was just at a stage where if I wanted to progress, I had to do something different, and I think the Australian federation understood it,” she said.

“We’re not at a point where we have a big training group where I can push myself, and I was tired of constantly having to find other teams to train with.

“The Hungarians are really becoming bigger and bigger in the sport. We’re a pretty strong nation now. I think I’ve come at the perfect moment.

“Of course I wish I could do it for Australia sometimes, and I might feel it a little at the Olympics, but I’m still happy with the decision that I made. In this current time, it was what I had to do.”

Follow all the #UpAgain stories and the campaign throughout the season and become an #UpAgain hero yourself.

You know what’s coming next!