Do you know how to overtake in Short Track Speed Skating?

Short Track Speed Skating is all about overtaking – but it’s a lot more complicated than it might look, according to Israel’s speed demon, Vladislav Bykanov. “You can’t always plan it,” the 31-year-old explains. “It can be hard to find gaps, so overtaking has to be about instinct.

“If you think about it, you’re almost too late. You might decide to make a pass on the next lap, ‘I’ll get some speed and move up’ – but then someone might get in your line and you can’t do it. You might have to go outside when you’re planning to go inside, so you always have to adapt to the situation. 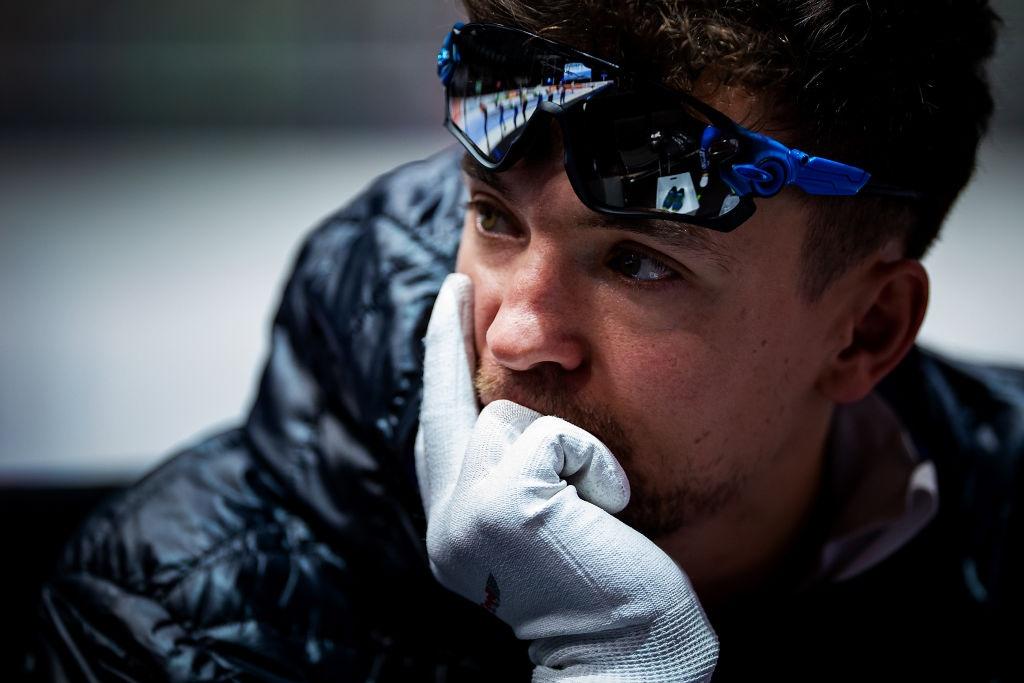 “You might have a plan for a race and hope to initiate it, but it can change fast. It’s such an unpredictable sport. You might want to be on the front with five laps to go, but all of a sudden you’re too far behind. Or you get an easy overtaking opportunity earlier in the race, so you go for it.”

For Bykanov, who moved to Israel from Ukraine aged five and is currently his adoptive country’s only elite ISU-listed Short Track Speed Skating athlete, such chaos is part of the beauty of the sport. “I love the speed, the passing, the action, the tactics, the falling down,” he says. “It’s extreme. I also like the way that we all have to skate in different ways.

“I’m a big guy [1.86m tall] and I train with the Netherlands team. I’m 15cm taller and 20kg heavier than Sjinkie Knegt but it’s great that we can race each other and use our skills differently. You need to take different angles and read the course differently.

“I have bigger boots and blades and different rockers but being bigger can have advantages. I’ve got longer strokes and I can block better, but passing is sometimes harder. You just have to find out what works for you. 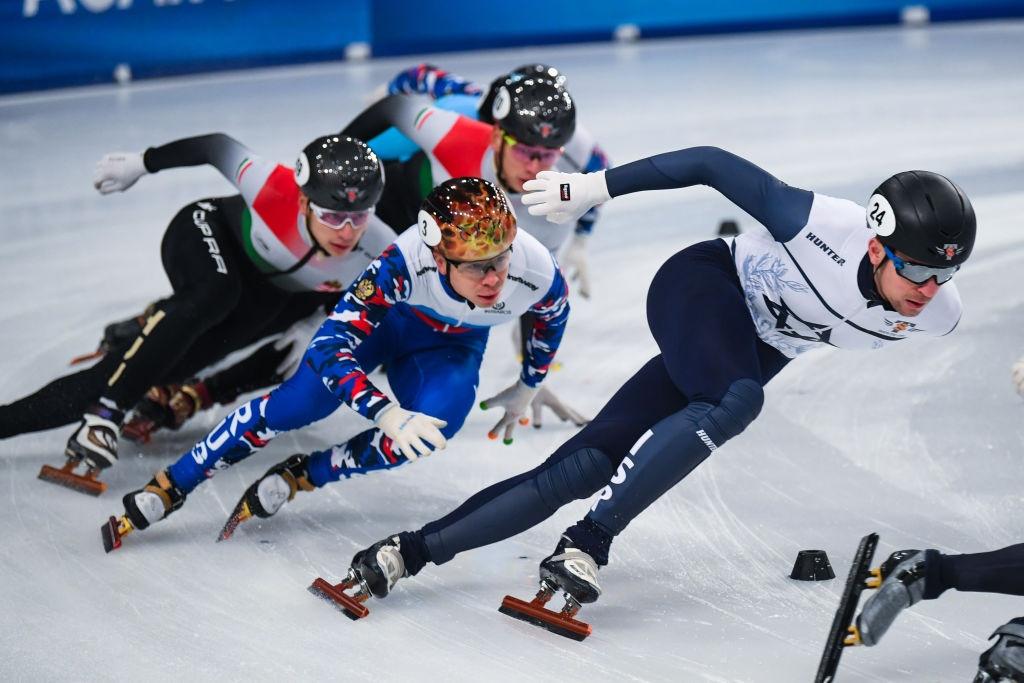 “You also have to adjust your tactics to the condition of the ice, to who you’re racing, to how fit you’re feeling. I’ve done my best racing from the front so I often try to get there halfway through a race. I like to overtake on the inside because you can let the corner take you ahead, but you have to be able to do both.”

The flip side to overtaking – and an art in itself – is blocking. “Blocking is vital,” says Bykanov. “You have to sense people coming before they try to pass. If you see them, it’s almost too late. So you try to make the space available very small, or change track to make passing more difficult, slow them down, or send them wide.” 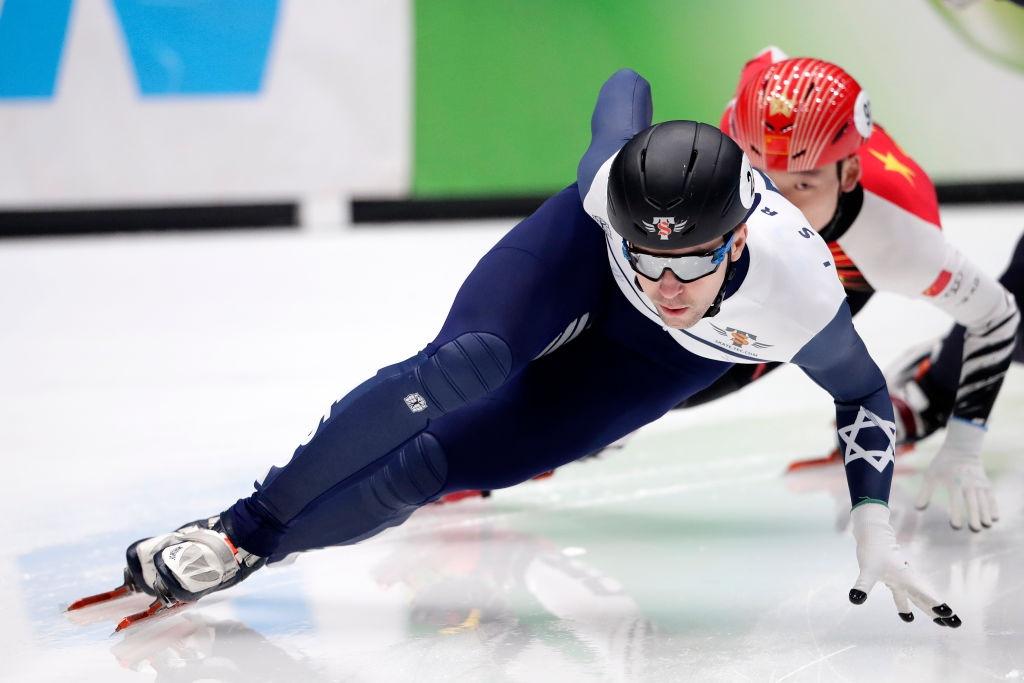 Sometimes, it’s best to try and minimize the amount of overtaking that goes on altogether. “With any pass or block, it’s hard not to crash or cause a foul. In a small group, putting someone off balance is easy. You learn how to do it. Training with a big group every day helps.

“In a 500m, there’s not enough time to overtake much. But in the slow pace of a 1500m, with eight or nine skaters, it happens a lot. You can hang back in ninth but then you’ve got eight people to pass. These races can involve a lot of passing and it can get messy, with lots of pushing and shoving. Sometimes it’s best to make a move late in a race like that because everyone is exhausted. But it’s a gamble.”

Bykanov names Knegt and Victor An as two of the best overtakers he’s seen – and Hungarian brothers Shaolin Sandor and Shaoang Liu as the master blockers. 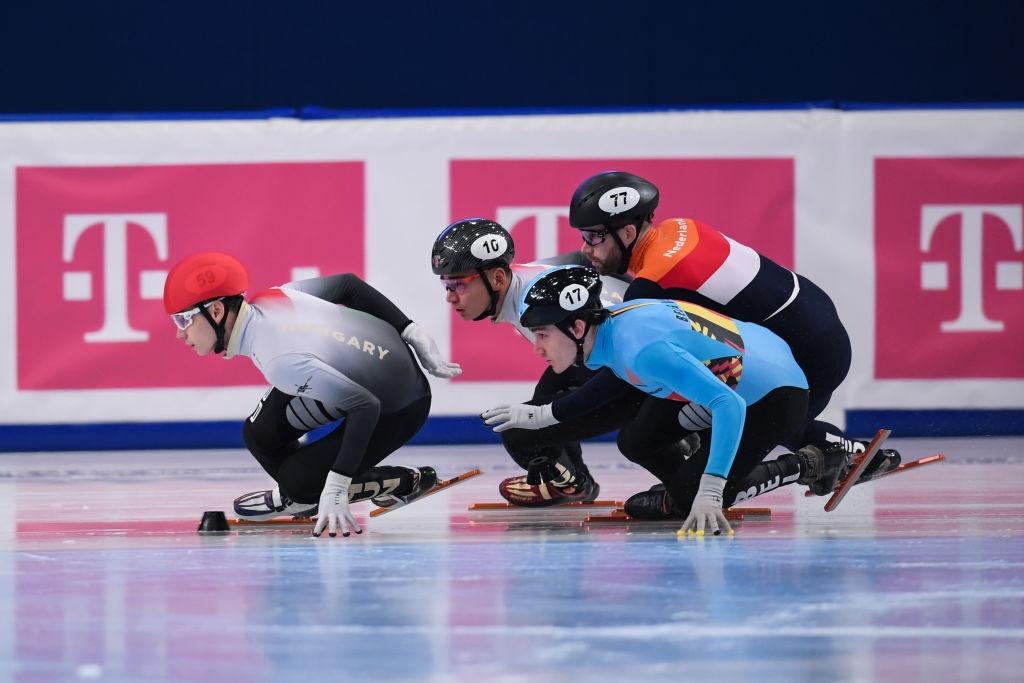 Bykanov is currently in training and hoping that the season can get going as planned in the new year. “I’ve trained with the Dutch squad for a decade now and they’re great – so strong and motivated,” he says. “It’s been tricky not having races. It was tough getting to a peak of fitness last season, and then the World Championships not happening.

“But I can’t wait to get back to it. With the season starting in the way it will, we might get some unpredictable results. I’m ambitious to keep getting on podiums and make it all the way to Beijing 2022.”

Bykanov believes his training partner will also be there, despite those horror injuries of late 2018 and early 2019. “Sjinkie is doing well in training. He’s the most talented skater I’ve ever seen. Racing is easy for him – he just needs to get back to the old strength and fitness.” We can’t wait to see them all back – and overtaking – in 2021.

Fun, confidence and compatriots the key for Canada’s Sarault

Behind the sustained success of Italian Short Track, with Tommaso Dotti