The pandemic meant that there was no such thing as a “normal” week for the world’s number one-ranked male Short Track Speed Skater – but Park Ji Won was trying to remain patient while normality slowly resumed. 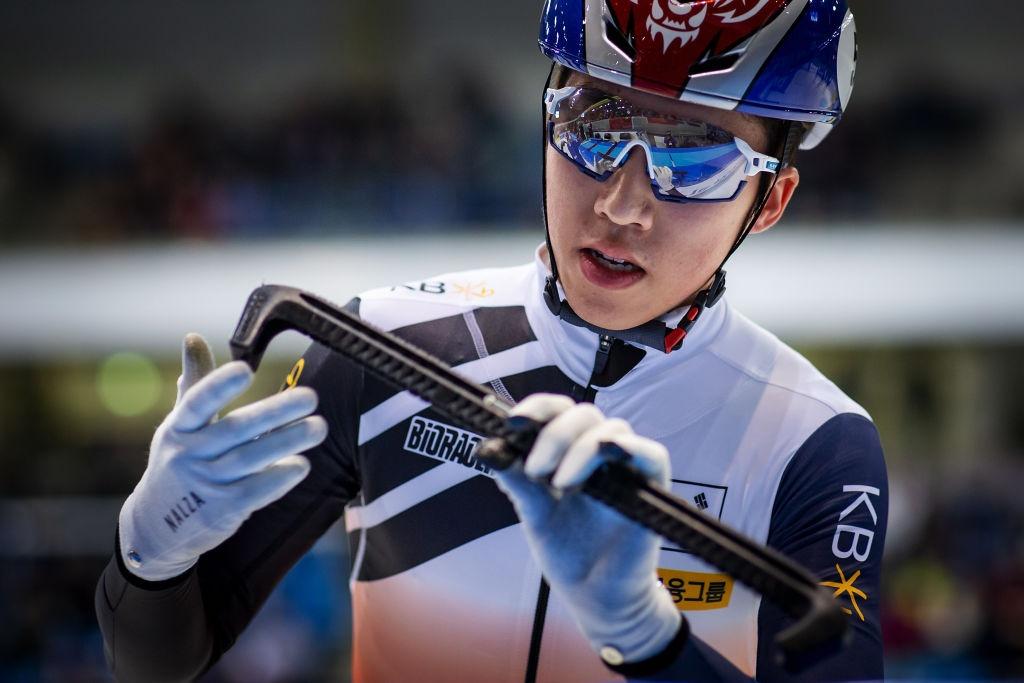 “Not being able to skate as much as I like has been really hard,” says the Republic of Korea skater. “I miss the sound of spectators and fans at the rink. It has been a real shame that so much of the season got cancelled. COVID-19 has meant that my life can’t be regular. But I’m still training.

“I train consistently in the morning and the evening, for around five hours a day. Around two hours of that is on the ground – weight and ground training with my coach – and around three hours of it is on the ice. I enjoy the skating the most, so that’s the best part of the day. 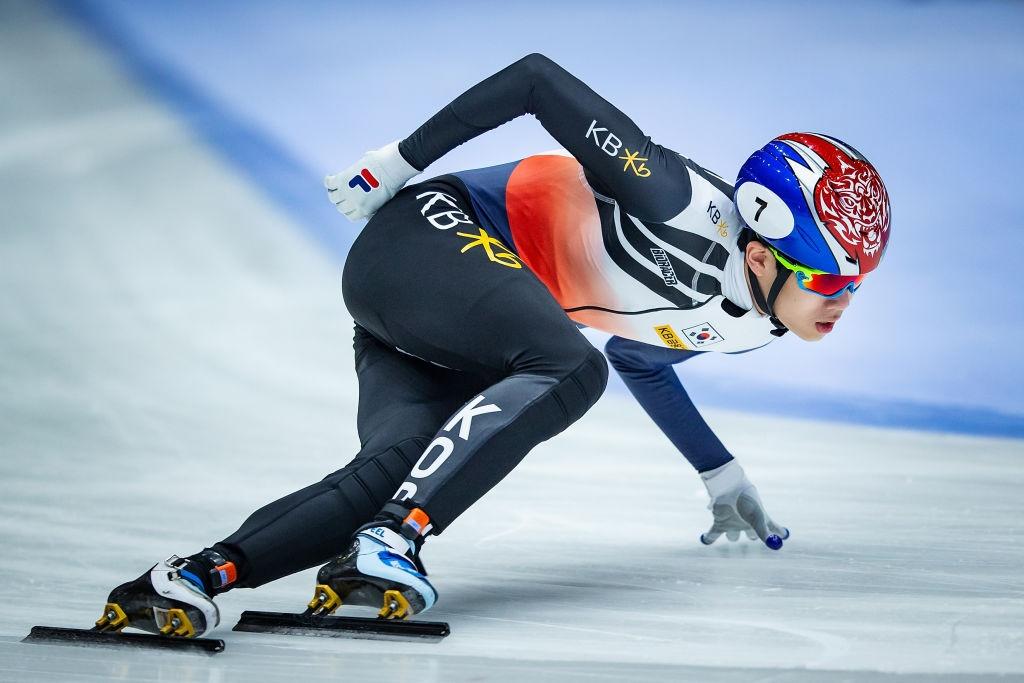 “Training on the ground is the hardest part. I’m not good at running but it is a necessary part of training to skate, so I have to do it.”

Park plays computer games and watches YouTube when he isn’t working out – and he loves to refuel. “Korean-style rice and meat are my choice of meal,” he says. “You have to eat well to skate well. Meat is my favorite so on a cheat day I will just eat more meat. Meat is my battery.

“You also have to sleep well. It’s very important for athletes. I’ve been at home a lot these days so I’m getting plenty.” 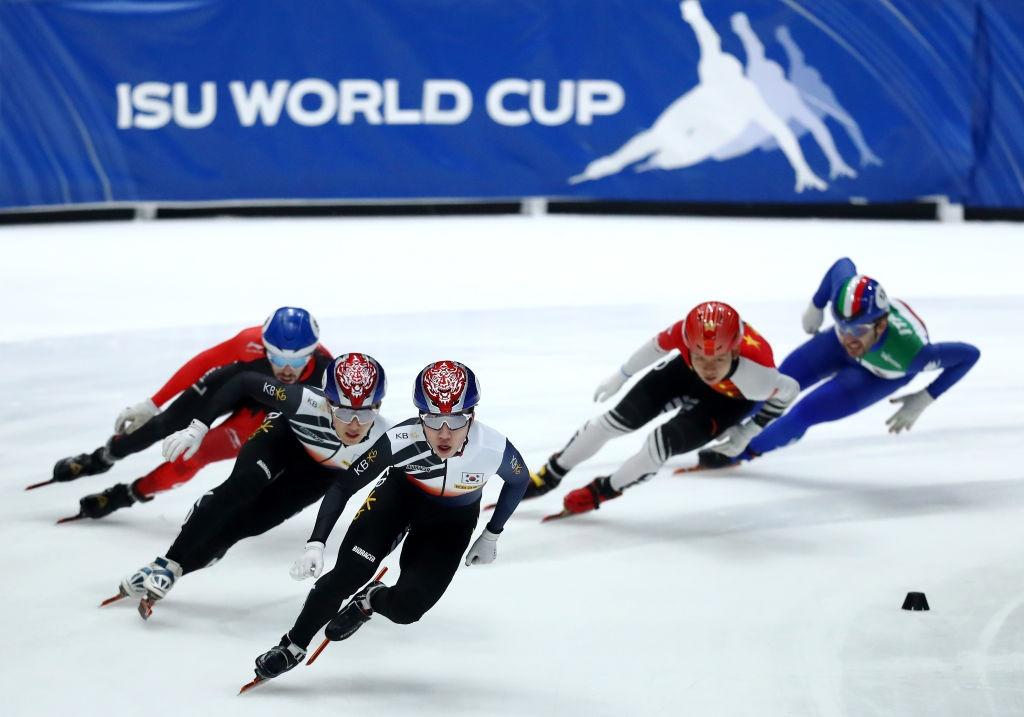 The 24-year-old from Gangneung is staying in prime shape, hoping that he can pick up the run of form he was on when the 2019/20 Short Track Speed Skating season was suspended.

Back then, Park was beginning to fulfil his vast potential. He was ranked No.1 in both the 1000m and 1500m (giving him the No.1 spot overall too) – and heading towards the ISU World Short Track Speed Skating Championships in Seoul as the favorite for the overall title.

“The 2019 to 2020 season was a good time for me,” he says. “I was really enjoying my skating. The World Cup in Dresden, where I won the 1000m and 1500m, was the most memorable. I got to the top of the rankings by doing my best in every race and every training session. 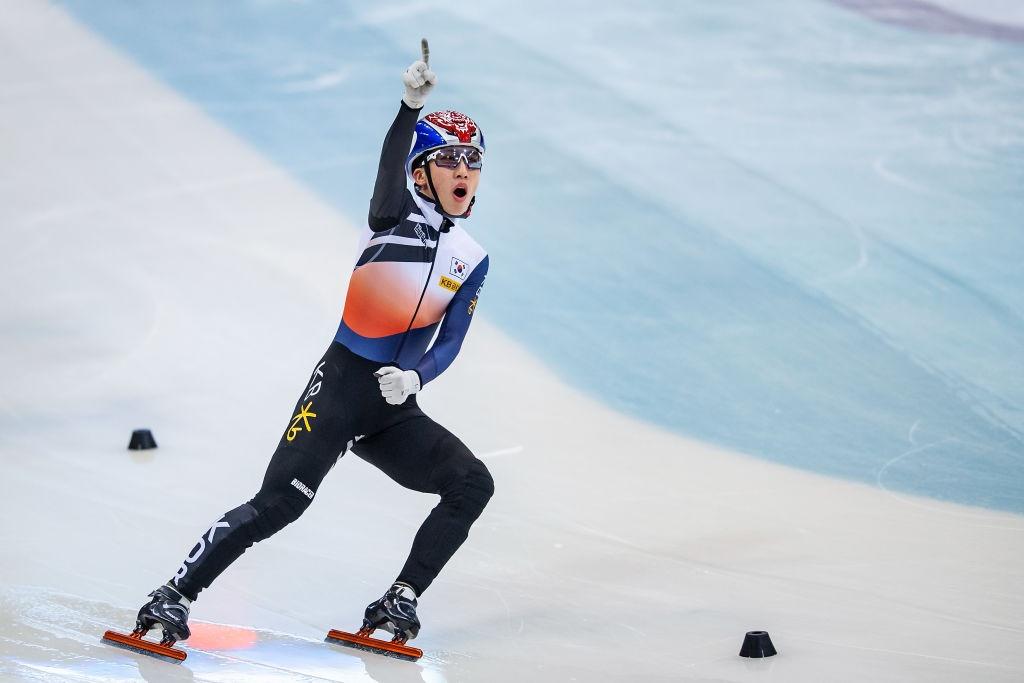 “So when I heard about the cancellation of the World Championships, I was very sad. Short Track is an unpredictable sport so I don’t know that I’d have won medals but I was confident that I could do well.”

Park’s self-belief is relatively newfound. Rising through the ranks as a junior, he never thought he’d end up as arguably the finest male racer in the world’s strongest Short Track Speed Skating squad.

“I started skating with my father, and aged 10 I got a coach,” he says. “I never thought I was talented. When I was kid, I didn’t like my small build, so when I made it into the squad to represent Korea, aged 18, I couldn’t believe it. I was very proud to be with the best skaters in Korea. 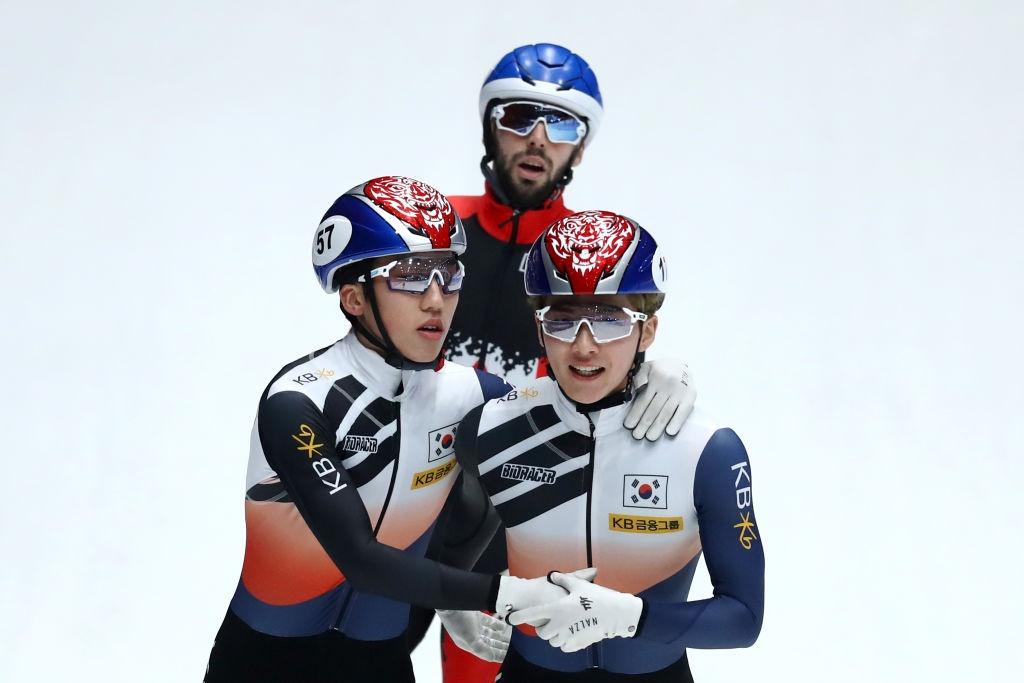 “There are so many great skaters in Korea. I grew up watching Lee Ho Suk and I was inspired by JR Celski of USA too. So it was a happy and exciting thing for me to be racing too. I can’t express it in words.

“In the beginning, both my speed and tactics were incomplete. But I thought tactics were the most important thing in Short Track so I developed them through a lot of practice. I’m still not perfect enough, by my own standards, though. But I’ve worked hard and had a little luck.” 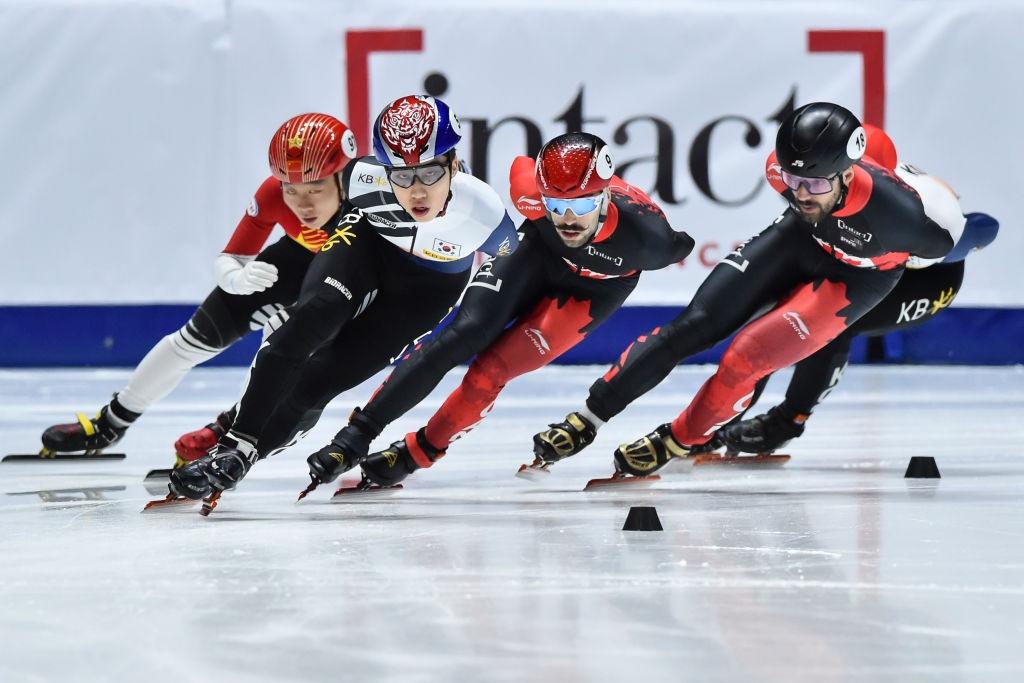 The next rungs up the ladder are clear for Park: try to become World then Olympic champion. “I will do my best to achieve that goal,” he says. “Being World Champion is a dream, and I believe that if I do my best, it will happen. And Beijing 2022 is another dream that I will make reality. I would like to become a role model.”

Standing in his way? A number of fellow Korean skaters as well as some fine competitors from the Netherlands and China. But perhaps the biggest threat to his mission? The Hungarian Liu brothers, Sandor Shaolin and Shaoang. 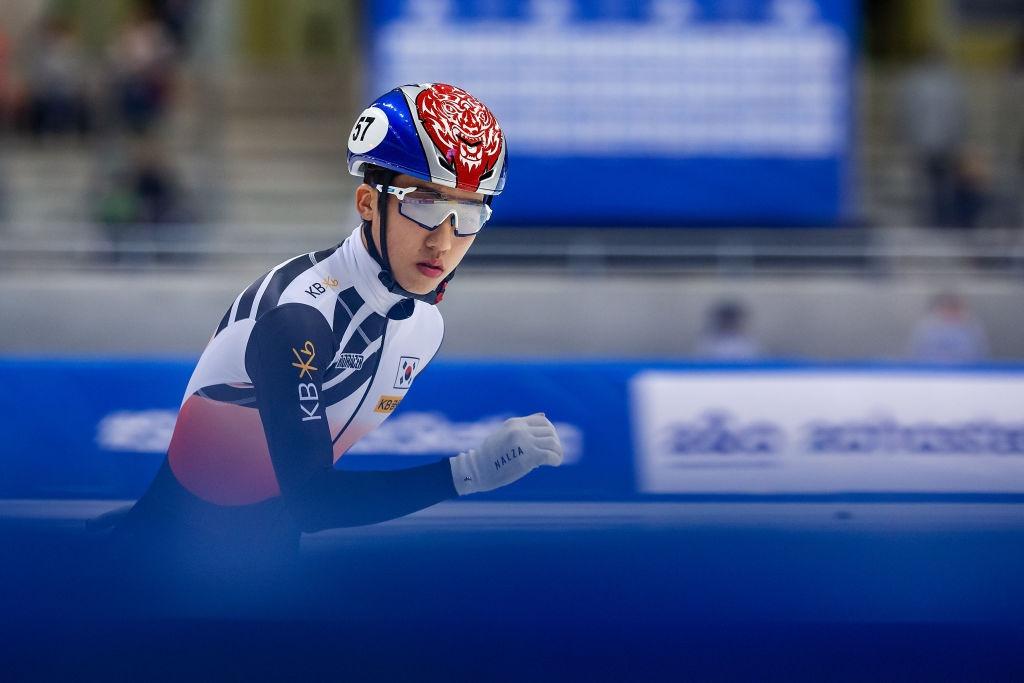 “They have good speed and power, and high-quality skating,” he says. “I think the brothers’ love for each other makes them stronger. But I enjoyed racing them. They had good manners, and I compete more fiercely when they are skating.”

Some mouth-watering competition awaits – and nobody is looking forward to it more than Park. “I love skating so much,” he says. “My driving force is everyone who feels happy watching me race.”