The USA may be one of the world’s biggest sporting superpowers, but when it comes to Short Track Speed Skating, they are still outsiders. 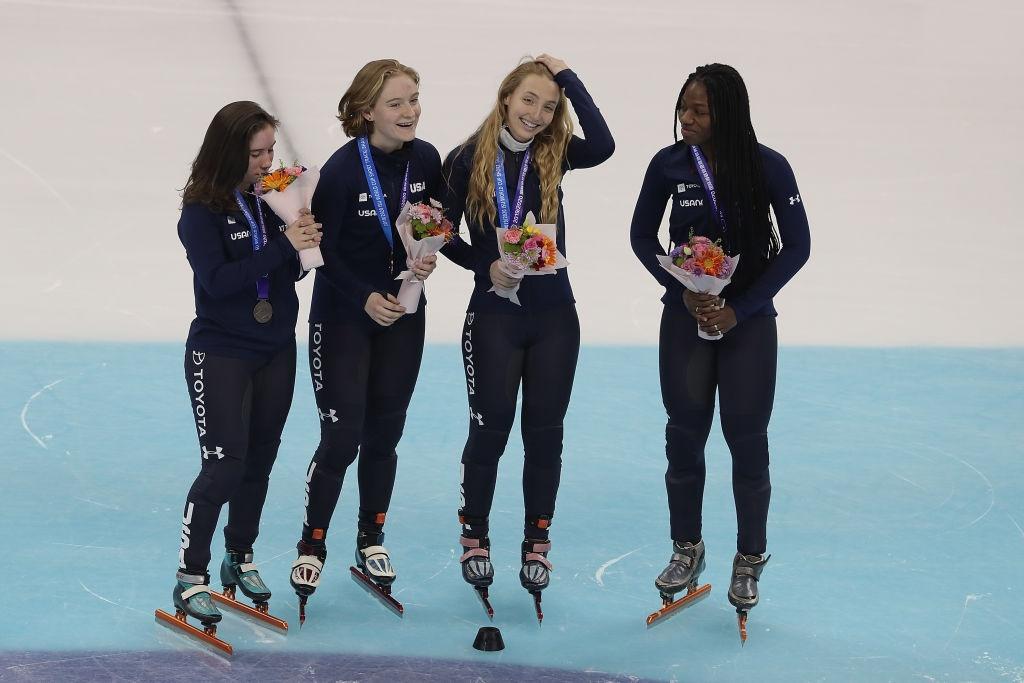 A new generation is hoping to change all that. And it is their excellent female skaters in particular, including Kristen Santos, Maame Biney and Corinne Stoddard, who are leading the charge.

“I think, to be an American Short Track skater, you do need to live in Utah… or at least, it makes things much easier,” she said. 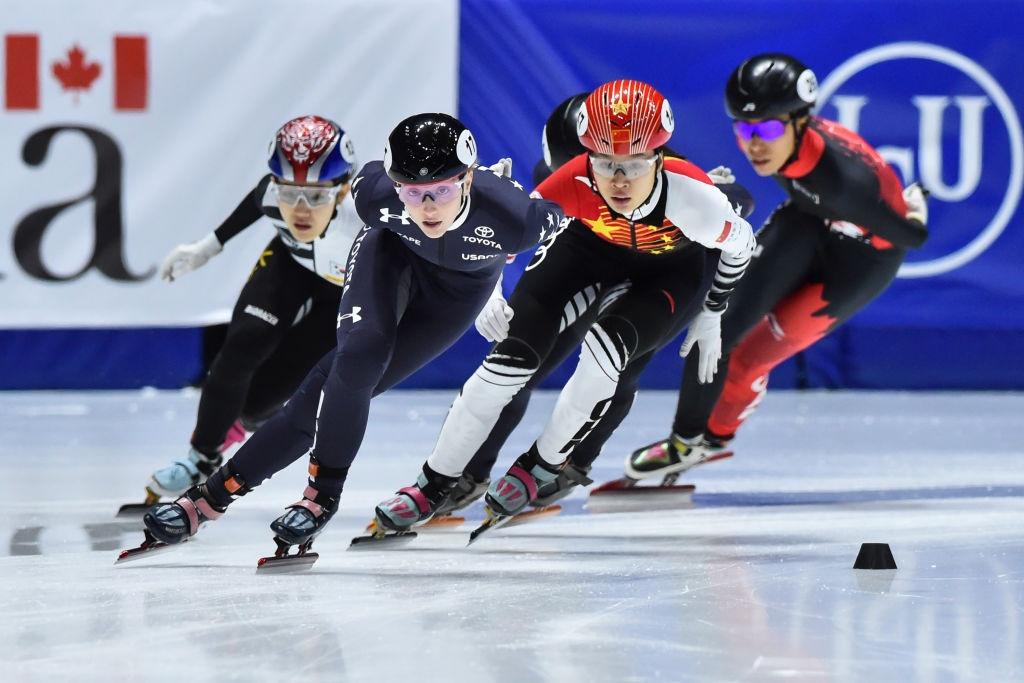 “It’s also tough for the skaters who live here to choose to do the sport full time, because quite often you have to pick between school and skating. Your option is the University of Utah, and that’s a half hour drive from the Oval. So quite often training will be at the same time as class.

“It means you have to decide whether to go to school or train, and whether it’s going to be worth it for you to miss college. A lot of athletes decide it isn’t, so the US loses potential skaters. A lot of people get caught up like that, and that’s why it took me nine years to graduate.”

But things are improving. 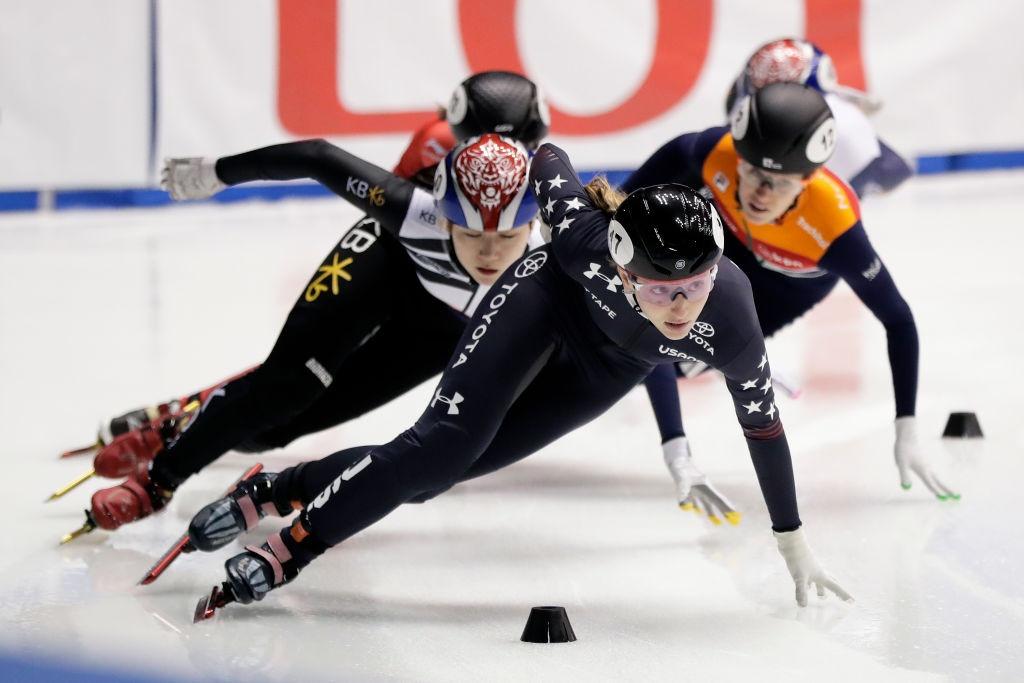 “We have started to have a good set up for skaters recently with some community colleges, which has been a step in the right direction,” said Santos. “Short Track athletes can get free tuition, so hopefully we will see more athletes coming through.” 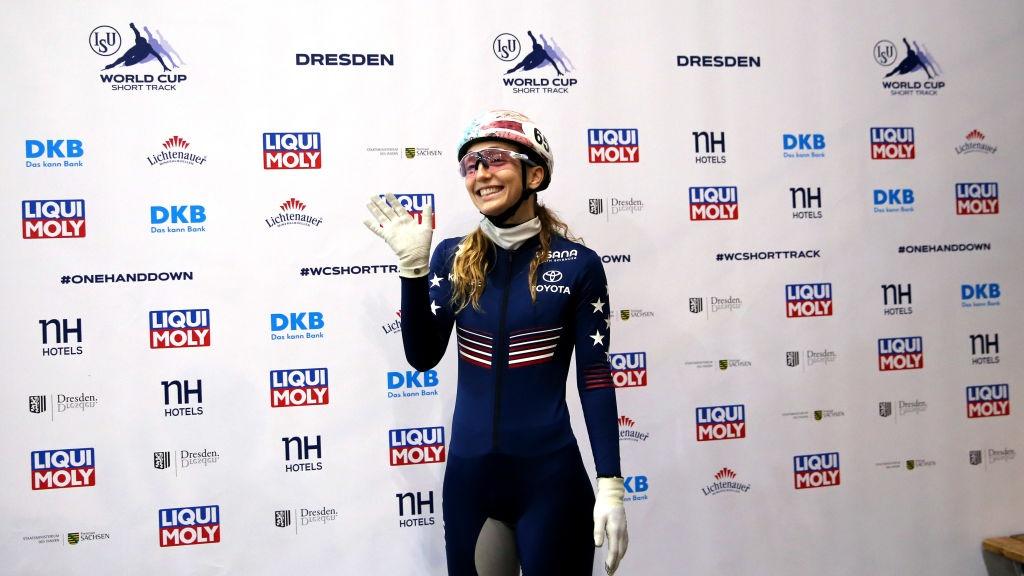 “Everything is going really good,” the 26-year-old Santos said about her current training. “We’ve a pretty young team – I’m the oldest – and we’re working hard.

“Maame has speed unlike anyone else, and Corrine is a racer – she knows how to turn it on. Then there’s Julia Letai, who is the hardest worker I’ve ever seen. And there are a lot of good boys, too.”

Santos is the latest guest on the ISU’s official pod, The Ice Skating Podcast, which you can listen to here. In the episode, she discusses everything from being inspired by Simone Biles’ statements on mental health, through to her unusual nickname, ‘Puff’.

Particularly striking, though, is how the American is working on mentally convincing herself that she is no longer a plucky underdog.

“I’ve previously gone into races thinking: I’m in a race with Suzanne Schulting, I’m racing for second place,” said Santos in the podcast. “I have focused on the names on the line. But I’m working on not thinking that way and focusing on being the best I can be. They’re amazing – but that doesn’t mean I can’t be amazing as well.”

Get the mindset to match her ability and Santos believes she can lead the USA back to the Olympic podium.

Krol flew from European to World gold in Heerenveen bubble

Clara Hughes’ (CAN) Olympic lessons ‘I want you to be great, so I can be great as well’