Four years ago, heading into PyeongChang 2018, Hungary had never won a Winter Olympic gold medal. It was a disappointing statistic, considering the country had sent athletes to all 22 previous Games. But the fact remained: Hungary was a summer sports powerhouse that simply didn’t excel in the snow and ice events.

Then came the 2018 Men’s Short Track Speed Skating team. Led by brothers Shaoang Liu and Shaolin Sandor Liu, they stormed to gold in the Men’s 5000m Relay, and something close to a revolution. People now knew, and loved, the sport in Hungary. 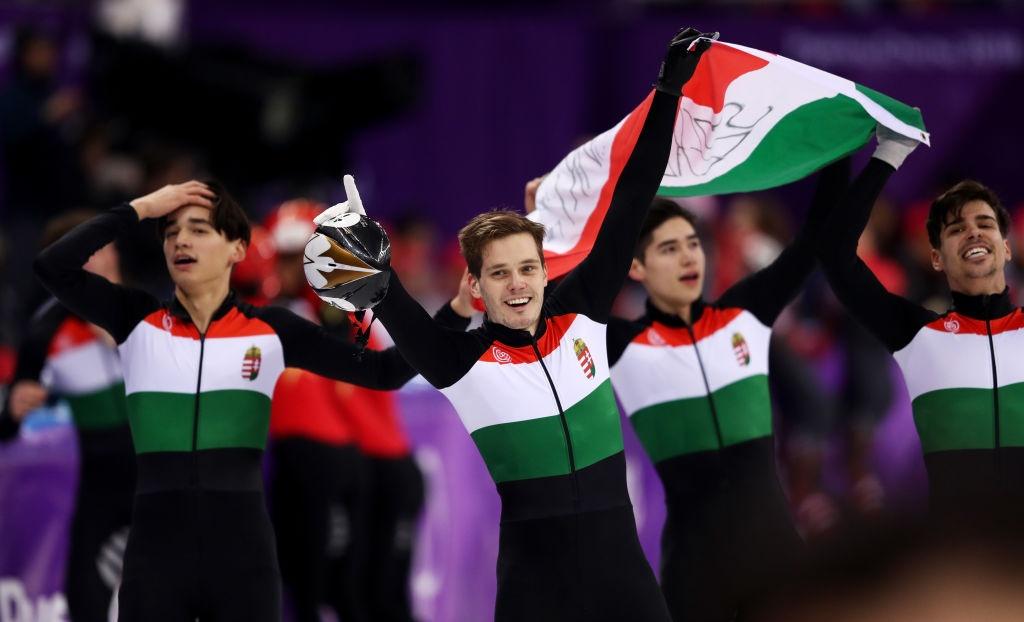 Debrecen, the nation’s second city, had hosted the 2013 World Short Track Speed Skating Championships and has since gone on to stage the sport’s 2020 European Championships, and now an ISU World Cup Short Track event.

“It’s something revolutionary, what Shaolin and Ado [Shaoang] have done,” their teammate John-Henry Krueger said. “Hungary is a summer sports nation but they have paved a road for interest in Short Track. People here needed to accept it but to do that you’ve got to break down that first wall. Shaolin and Ado have been that wrecking ball.”

Debrecen is keen to impress the international skating community, according to Krueger, who joined the team in 2018 having previously skated for the USA.

“The whole federation is so excited, the athletes are excited, they take it so seriously,” he said. “The federation care about the athletes so much. They always ask the skaters, ‘What makes a competition enjoyable for you?’ That’s not something a lot of organizations do and so everything is like clockwork for us here in Debrecen – the internet, the warm-up areas, how the ice feels. It’s perfect.”

Krueger, who has previously lived and trained in Seoul (KOR) and Heerenveen (NED) – “I was a wandering nomad” –  has found a spiritual Short Track home here. “I loved Korea and the Netherlands but they seemed like pitstops. Hungary feels like my base now. I live, breathe and eat skating, and I feel so comfortable here.”

His only complaint? The notorious difficulty of learning the language. “It really is rough,” he said. “I’m always posting on social media from my lessons asking, ‘Why does Hungarian hate me so much?’”

It is worth it for the team, however. Krueger is more than capable of winning an individual medal at an Olympic Games, which he proved with his silver at PyeongChang 2018 in the 1000m, competing for USA, but he also knows that he is now part of a world-class Relay set-up.

“Saying that Shaolin and Ado are just talented is a disservice to them,” he said. “They train incredibly hard. I’ve seen them extremely fatigued, mentally and physically, push out some crazy practices. You know it is coming from their minds and soul, to push through something.

“That’s something I’ve tried to adopt. You can’t copy physical talent but mentalities and virtues you can add to your own makeup.

Competition will be fierce in Debrecen, he predicts. “This is going to be the most competitive Olympic season I’ve ever seen. There has been a huge jump in talent and ability this year. I’m not sure why, or if it is to do with the pandemic, but we are seeing countries that haven’t been very prominent for a while making major steps in races. There is no such thing as an easy race anymore, and the gap grows smaller all the time.”

Krueger’s target remains crystal clear, however. “The podium in Beijing is the goal,” he said. “When I stepped on the podium in 2018 to get my silver medal, instead of savoring that moment, all I could think was, ‘I cannot let this be the last time I do this’.

“Maybe it was a mistake to not enjoy the moment but I was already thinking about the next Olympics. And coming to Hungary, that has given me the best opportunity to succeed. To purely focus on the Olympics, that’s an athlete’s dream come true. There are no excuses – it’s all on me.”

Another chapter in Hungarian winter sport could well await.