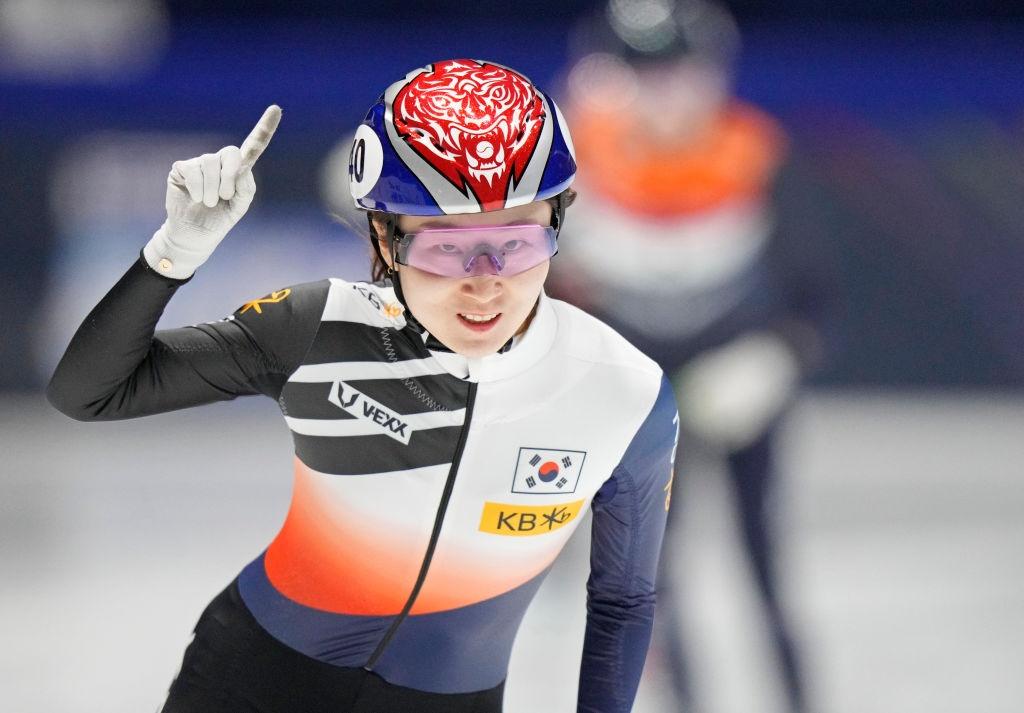 The highest heights can be a scary place. Not for Min Jeong Choi (KOR).

The decorated skater raced her way to the fourth overall title of her career at the World Short Track Speed Skating Championships on Sunday in Montreal.

Choi took gold in the 1000m and won the 3000m Super-final to clinch the crown, after starting the day second in the overall standings behind Kim Boutin (CAN). Choi won gold in the 1500m race on Saturday.

To cap it all off, Choi stormed around the final curve of the 3000m relay with an incredible move, securing gold for the Republic of Korea in a photo finish. Once again, she eclipsed Boutin, with Canada settling for silver. The Netherlands claimed bronze.

“I have four now. I am looking to go for more and open the door for more possible titles. I am going to try my best and get myself to always try and achieve something new,” said Choi, 23.

As for her move that stunned the Canadian crowd in the relay, Choi has less of an explanation.

“It was a very unexpected moment, but I managed to cross the line first. This is the charm of Short Track skating, unexpected things happen,” said Choi.

Boutin anchored the Canadian team and was also shocked by Choi’s late charge. “I fought and then I finished and saw Choi on the outside and was so devastated. I was like, ‘oh!’ But it happens. She was strong,” said Boutin. 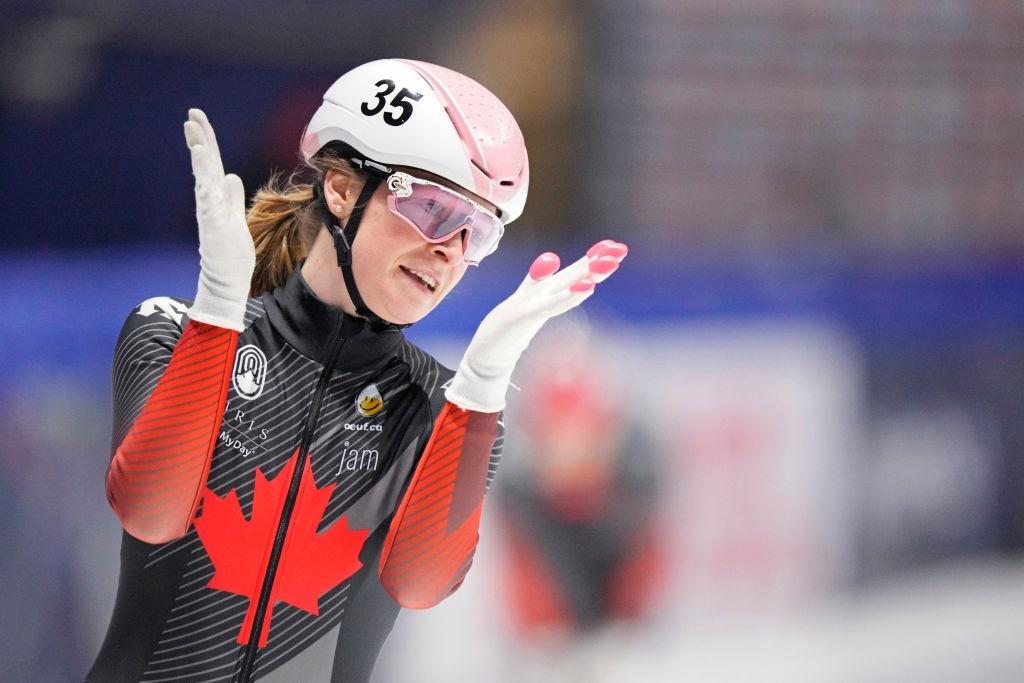 The remarkable weekend is a form of redemption for Choi, who struggled by her own account at the Winter Olympic Games in Beijing, winning one gold and two silver medals.

“Frankly speaking, in Beijing I was not satisfied. That made me want to be a better skater and achieve more. That motivation gave me more power to skate on the ice this weekend,” said Choi.

The world champion was pushed all weekend by Boutin, who performed well in front of the home crowd.

Always the bridesmaid, Boutin finished second in all five finals races in Montreal, as well as in the overall standings.

“I am pretty happy. The year was pretty strong for me. So to stay that way and get the second place just gives me the little ‘ehhh’ to push for the win next time,” she said. 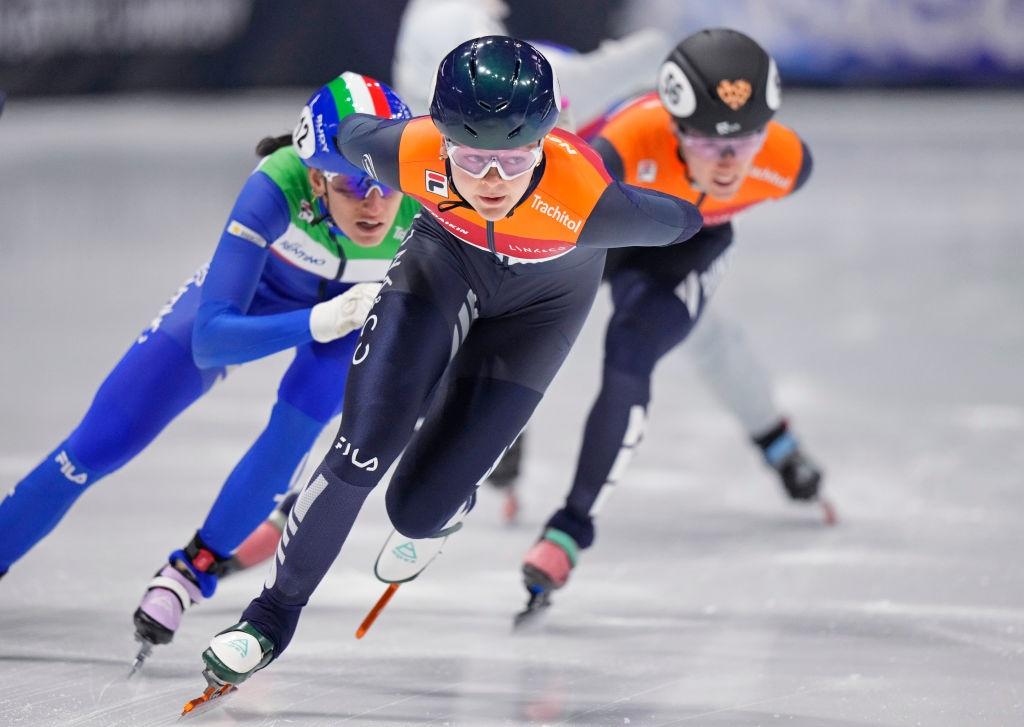 Xandra Velzeboer (NED) added to her medal tally with a bronze in the 1000m on Sunday, to go along with her gold in the 500m on Saturday. The Dutch youngster, who is only 20 years old, finished third in the overall standings.

All three medalists ended their triumphant day with a champagne shower on the podium, as Short Track legend Charles Hamelin (CAN) marked the final race of his career with a post-race ceremony. 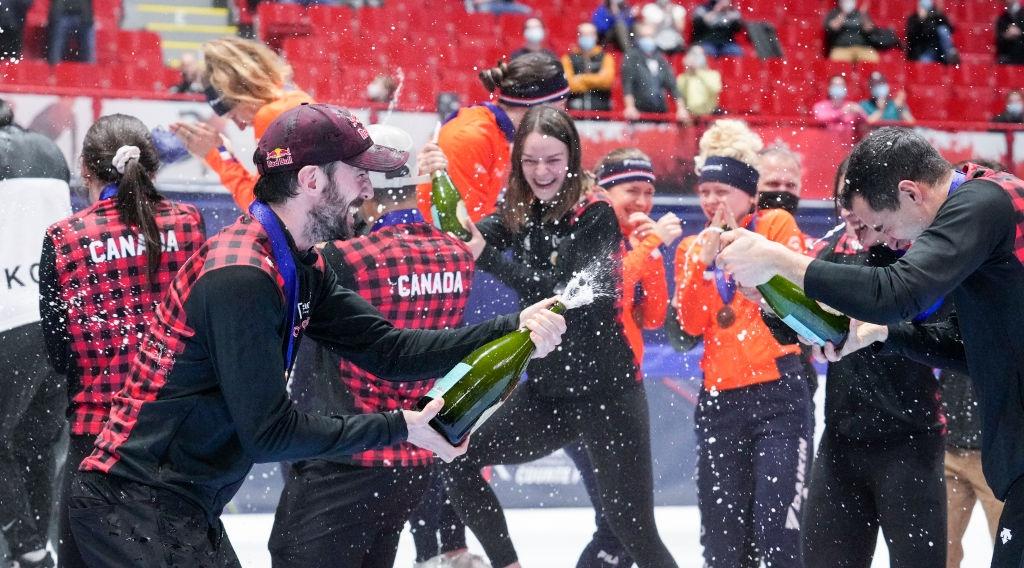 “It was such a great honor for me to be out there with such a legendary skater at his retirement ceremony. It will be a forever memorable experience for me,” said Choi.

Home favorite Charles Hamelin (CAN) ready to reflect on a glorious, golden career