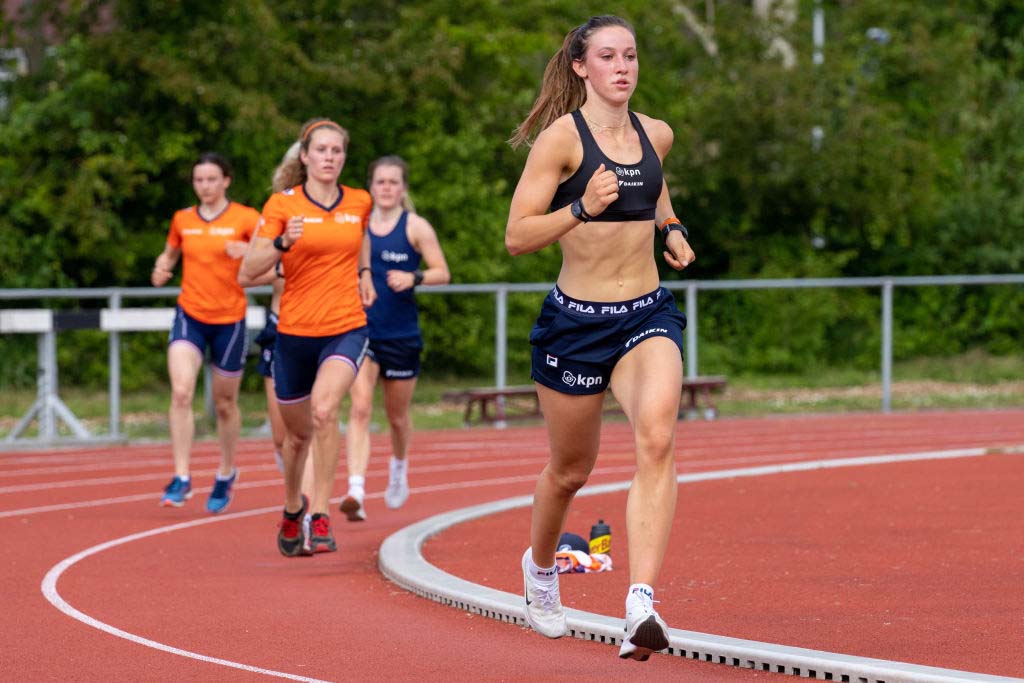 The Dutch Team runs during a training session in Heerenveen (NED) in 2020. @GettyImages

When considering Short Track Speed Skating trainings and season preparation practices, there are several different approaches that athletes use to reach maximum fitness and technical sharpness.

Every Skater has their favourites – and the parts they don’t like so much – but ultimately it all comes down to a combination of four basic elements: cycling, dry-land training, the gym and ice time, all backed up by lots of stretching, good nutrition and plenty of rest and sleep. 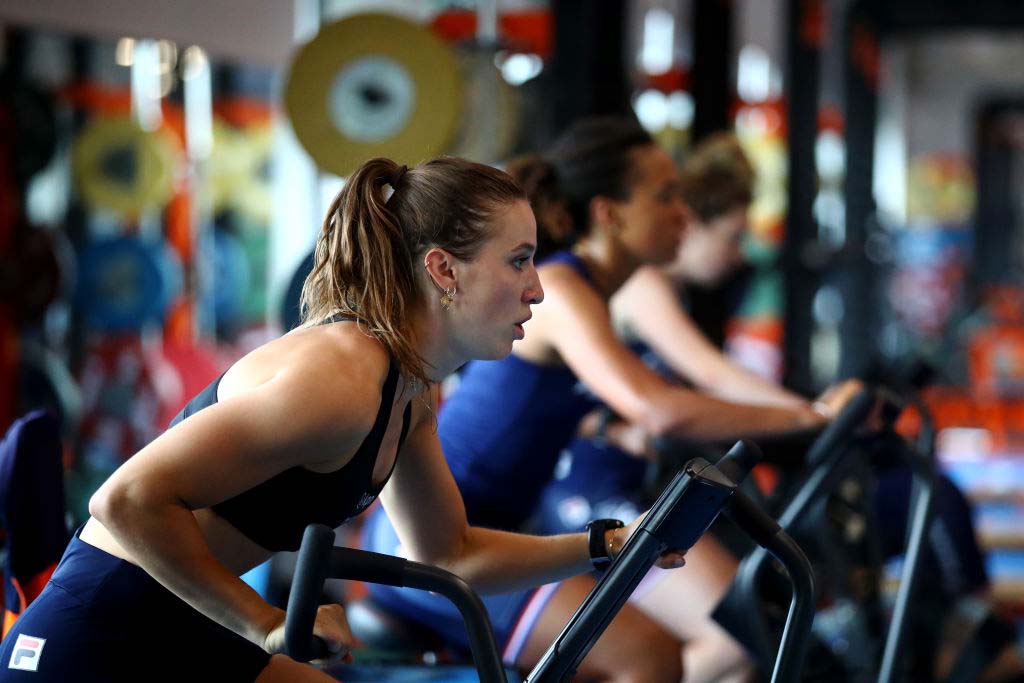 Suzanne Schulting (NED) trains on a bike during an indoor training session in Heerenveen (NED) in 2020. @GettyImages

Cycling has long had a crossover with Speed Skating and Short Track Speed Skating: the disciplines use the same muscles, and several athletes have switched and competed at very high levels– even the Olympic Games – in both disciplines.

Clara Hughes, for example, has won multiple medals in Speed Skating and cycling for Canada (as she tells The Ice Skating Podcast here). 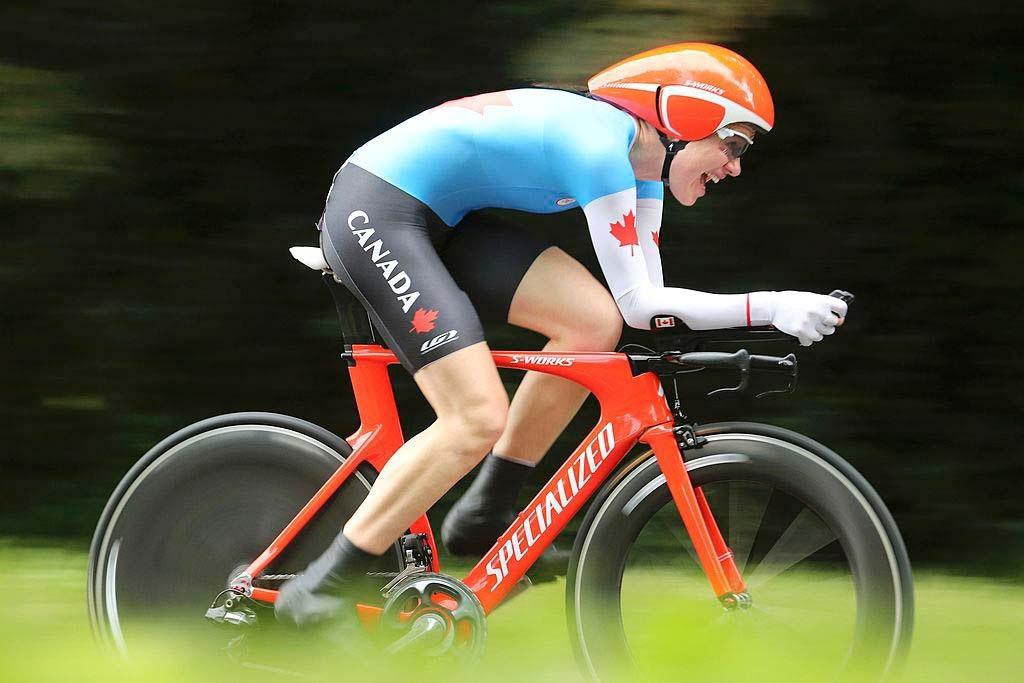 Clara Hughes (CAN) competes during the London 2012 Olympic Games in London (GBR). @GettyImages

Pre-season training, therefore, inevitably involves getting in the saddle. Being outdoors and travelling to mountainous areas like the Alps or Utah for long rides means that some love the experience, especially if they’re riding to the top of a col.

Tifany Huot-Marchand (FRA) is a huge fan, taking part in her first cycle race this summer.

Others are less keen. “I used to absolutely hate the bike,” Arianna Fontana (ITA) told ISU last year. “I couldn’t have been a good cyclist, my old coach would put us on four-hour rides and I don’t need that. My limit mentally and physically is two hours.”

The benefits are obvious however: endurance, speed and an aerobic base are all built during those long summer hours of graft. 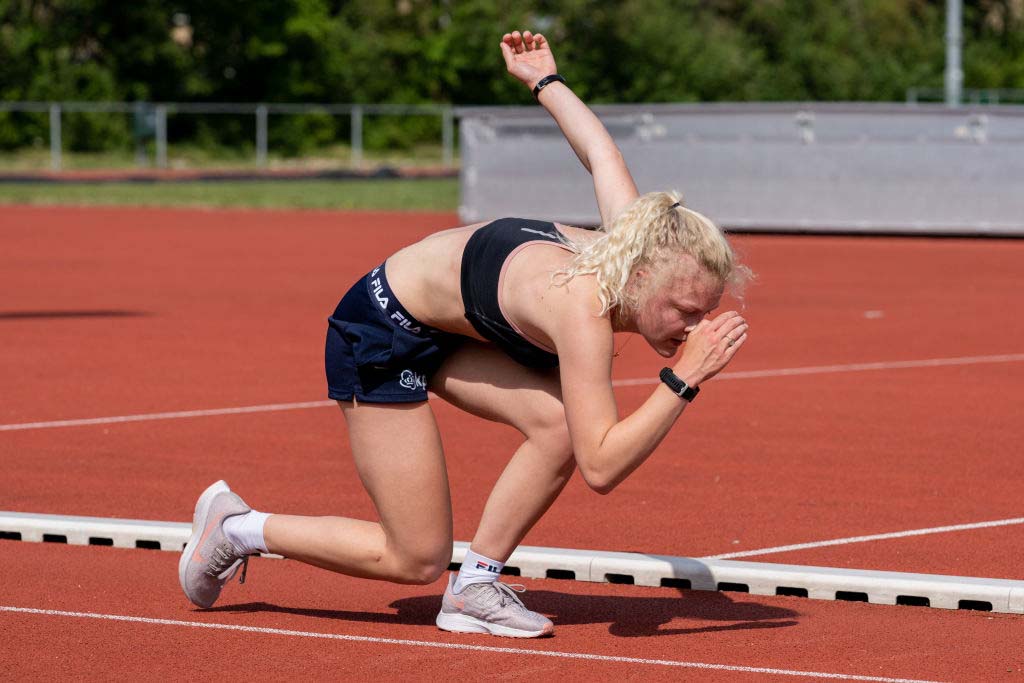 This simply means replicating some of the movements Skaters do on the ice, but on terra firma. Sessions tend to mix jogging, stretching, plyometrics (reactive, explosive jump training) and the use of resistance bands.

Doing these exercises slowly can help Skaters work on exact Short Track techniques but refine them in a way that is easier than doing them on the ice. Witness Australia’s Brendan Corey sidling up some stairs on his latest Instagram publication below:

It is a way of identifying faults and honing good habits to perfection. Resistance bands help replicate the feeling of cornering.

Rollerblading is also a natural way of getting some practice in along with some sunshine. Here is for example Italian sensation Pietro Sighel in action: 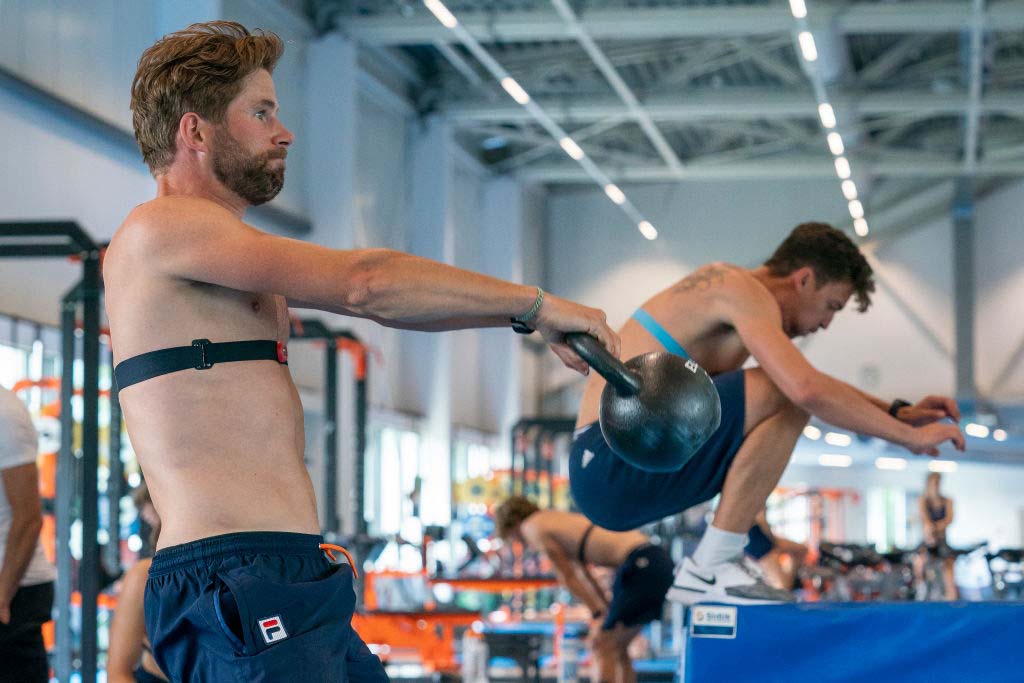 Gym work is essential for every Short Track Speed Skater – and for these athletes, every day is leg day.

Thighs, hamstrings and back muscles are targeted, with squats, deadlifts, wall sits, hamstring curls and leg lifts all part of the strict routine.

Some of them get pretty serious. For example Canadian Olympic gold medallist Steven Dubois does lifting while balancing on a box on one foot:

Racers will do some upper-body work but, like cyclists, they do not want excess muscle weight on their torso and arms that can slow them down. Weighted planks and other core exercises can however be valuable and help prevent injury. 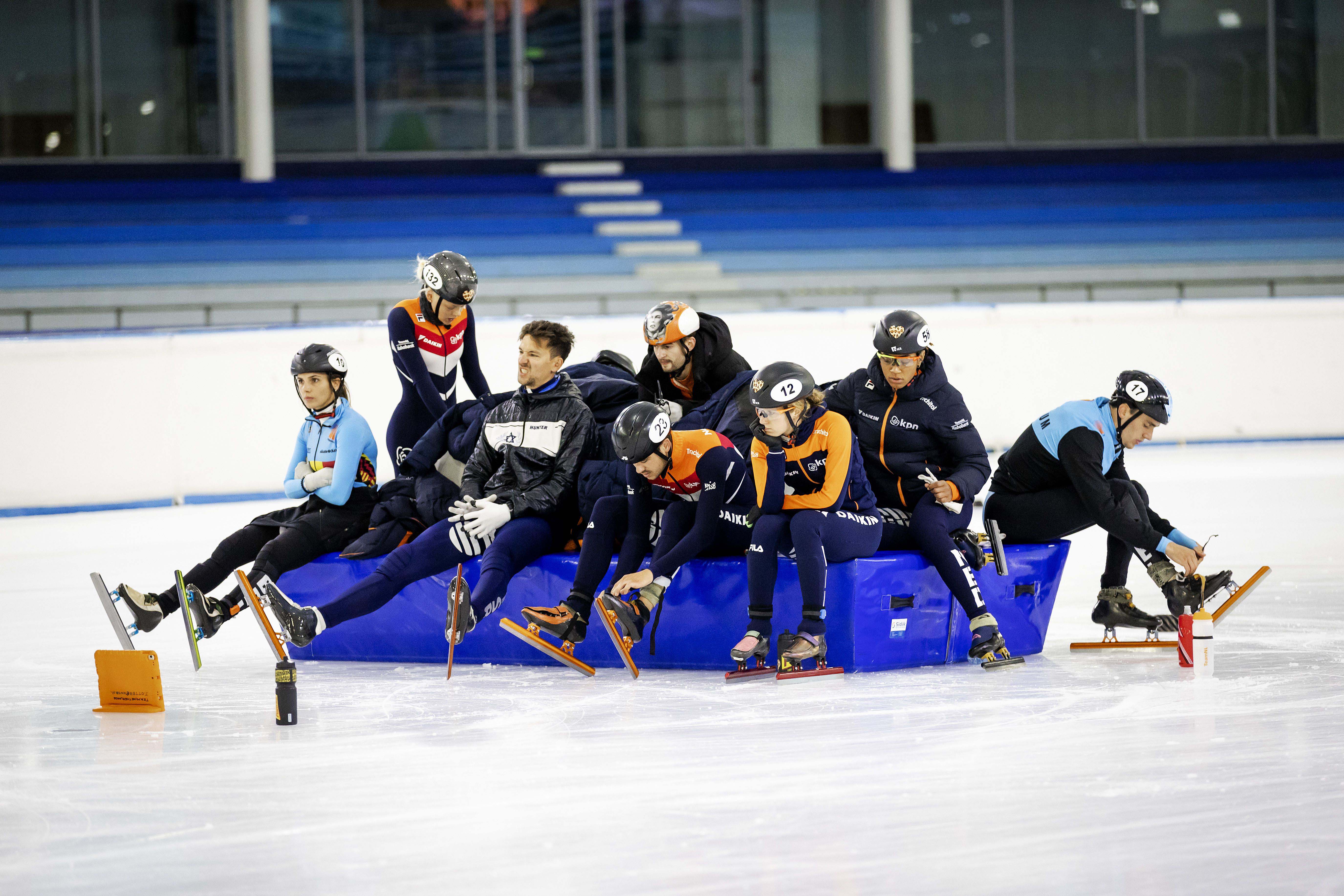 Short Trackers rest during a training in Heerenveen (NED) on July 2020. @GettyImages

Of course, eventually it all comes back to the ice, and laps: lots and lots of laps. Like runners, during the summer sessions, Short Track Skaters will undertake lung-bursting, muscle-wrecking interval training to get themselves back up to speed.

This might be sessions of 20 or more laps, as fast as they can in one go before resting and going again, or sessions involving up to 140 times around – as Canada’s Courtney Sarault clocked up.

The ice is also just as much about racing as it is about fitness. During these sessions, tactics and craft are developed, with numerous 500m, 1000m, 1500m and relays among teammates are held. This is where passes are planned, lines are developed and teamwork is forged.

A day in the life: Legend Arianna Fontana preparing in ‘full mode’ for fifth Olympic season