Past Master: Christine Nesbitt (CAN), arguably the best 1000m Speed Skater of her generation 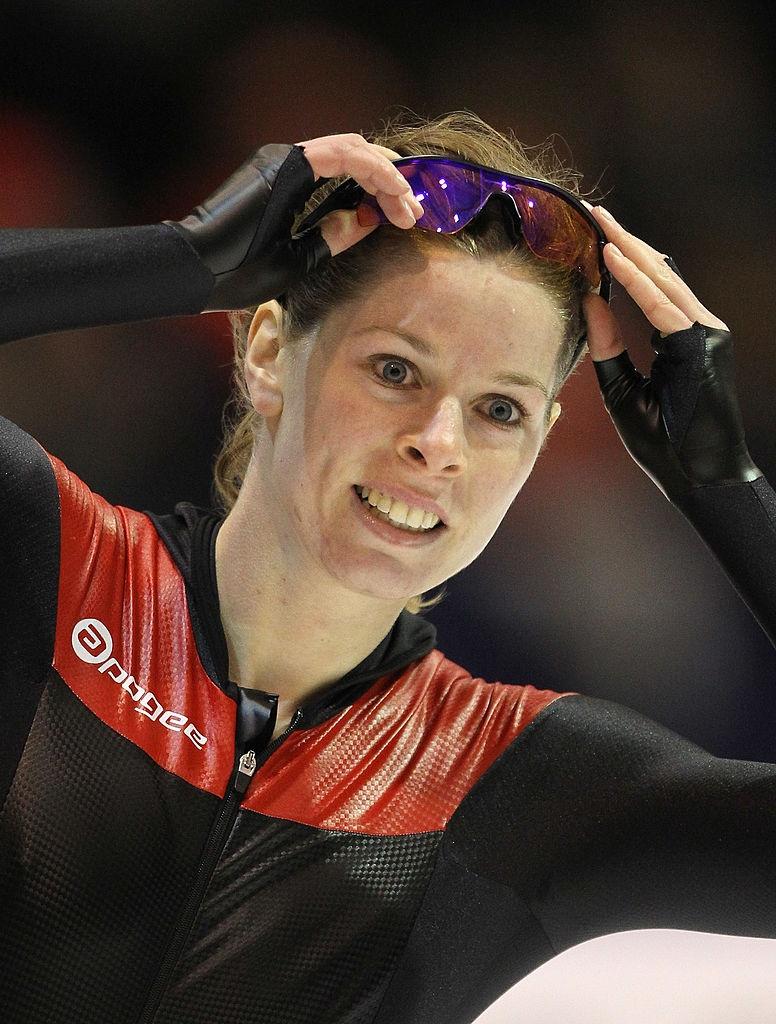 Arguably the best 1000m skater of her generation, Christine Nesbitt (CAN) was inducted to the Olympic Oval Hall of Champions during the 2019 ISU World Allround Speed Skating Championships in Calgary. In 2017 she had already been inducted in Canada's Speed Skating Hall of Fame. The Melbourne born Canadian celebrated her biggest success on home soil at the Richmond Olympic Oval at the 2010 Olympic Games in Vancouver, when she took gold in her signature race.

Nesbitt was born to an Australian mother and a Canadian father n Melbourne on 17 May 1985 and she moved to Canada three months thereafter. Growing up in London, Ontario, little Christine played competitive hockey with the London Devilettes. She also joined the school track and field team, and the cross-country team, winning numerous ribbons in city and surrounding county track meets. 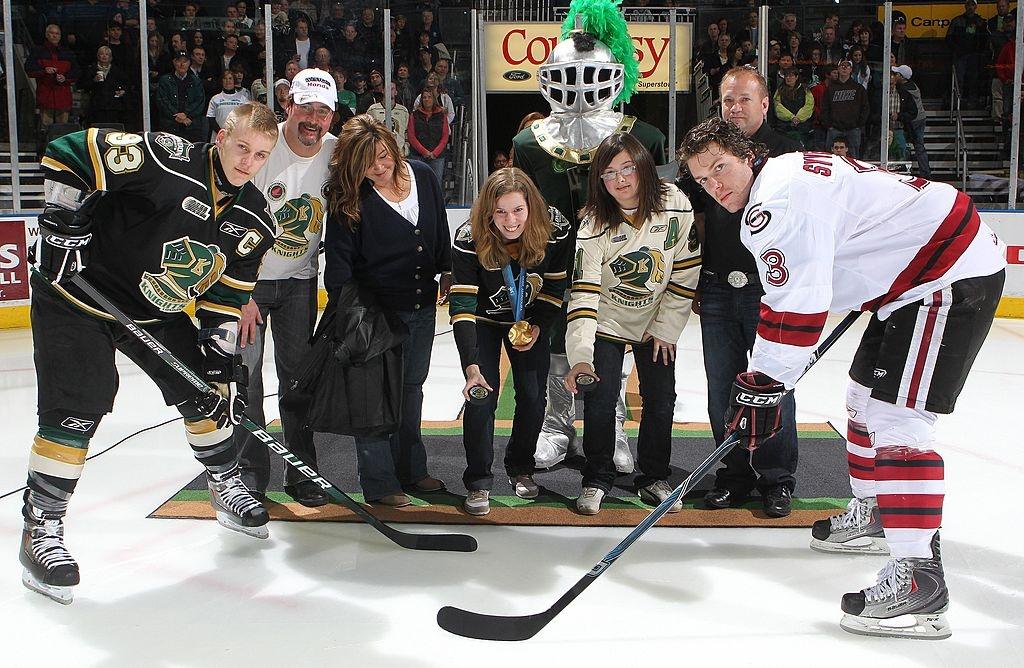 Nesbitt combined speed with stamina, which made her the perfect middle distance athlete at a young age already. At age 11, she grew tired of hockey and decided to switch to short track speed skating. Her unique combination of power and endurance perfectly suited her new sport and by the end of the year she was ranked sixth in Ontario among all female speed skaters at age 12. 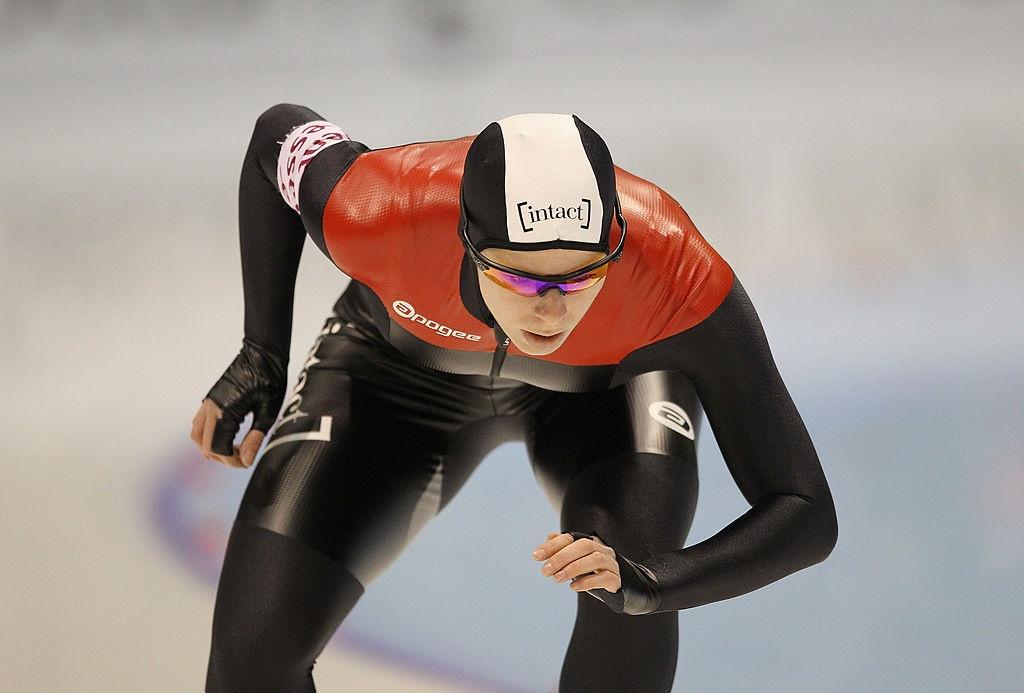 Despite being an accomplished Short Track Speed Skater as a junior, Nesbitt switched to long track after she graduated from high school. She had hoped to be allowed into McGill University, so that she could train at the National Short Track Speed Skating Centre in Montreal, but she was not accepted at McGill and instead went to the University of Calgary. Encouraged by her coaches and her parents she took up long track speed skating at the Calgary Olympic Oval and again she quickly rose in the ranks of a new sport. 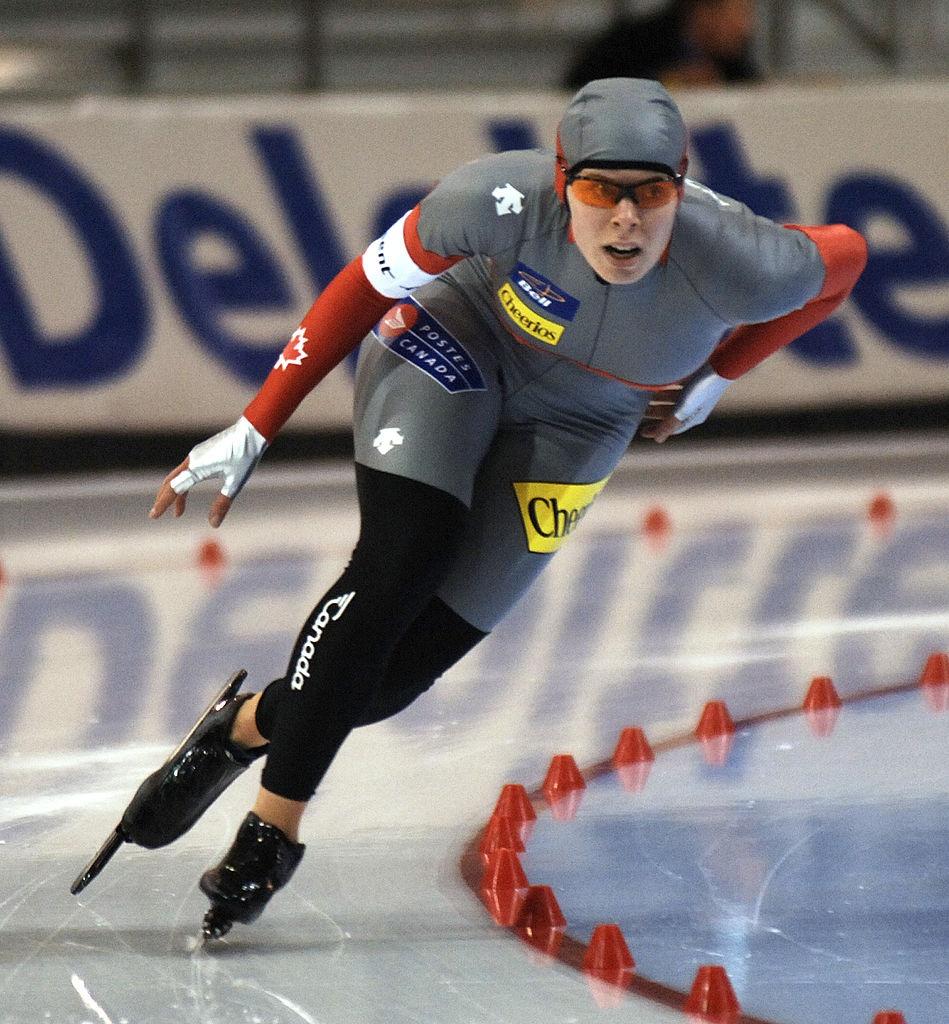 After training hard for more than a year, Nesbitt earned a sport in the national long track team in January 2005, skating her first ISU World Cup competition in the same month and competing in her first world championships, finishing 17th in both the 1000m and 1500m at the ISU World Single Distances Speed Skating Championships in Inzell. Next season she grabbed her first ISU World Cup Speed Skating medal, clinching bronze in the 1500m in Salt Lake City in November 2005.

At the 2006 Torino Olympic Games she won her first Olympic medal. Together with Cindy Klassen and Kristina Groves Nesbitt set the first ever ladies' Olympic team pursuit record (3:01.24), before taking silver in next day's final against Germany. In 2009 Nesbitt clocked 2:55.79 together with Kristina Groves and Brittany Schussler to set a team pursuit world record that would stand for almost eight years until Japan's Ayano Sato, Miho Takagi and Nana Takagi skated 2.55,77 in 2017. 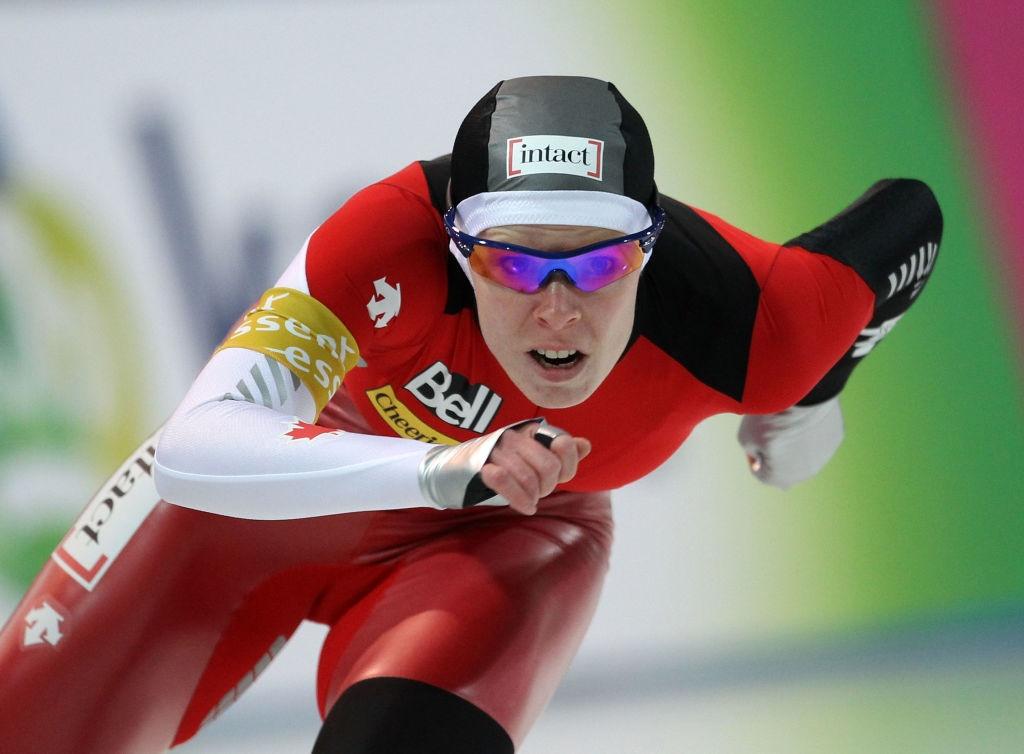 While she was celebrating success with the Canadian team pursuit ladies, Nesbitt won her first individual world title in the 1000m at the 2009 ISU World Single Distances Speed Skating Championships in Vancouver. One year later she would repeat her golden race at the Vancouver Olympic Games, winning 1000m gold by a 0.02 margin. 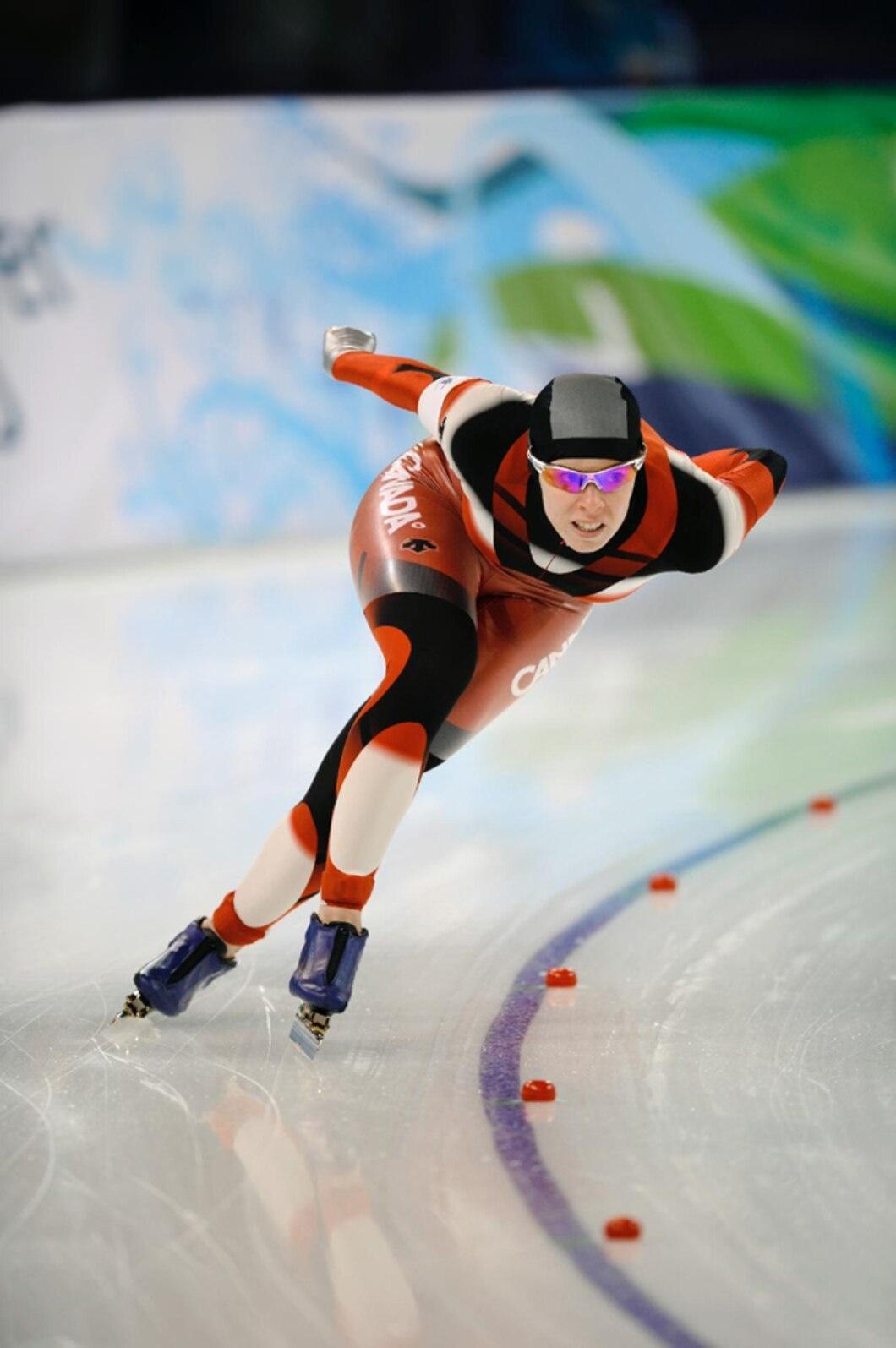 Christine Nesbitt (CAN) at the Winter Olympic Games 2010©Kashimoto IOC

In a far from perfect race, Nesbitt edged out Dutch Annette Gerritsen and Laurine van Riessen on the podium. Skating on home soil the Canadian had a slip in at the start, but she recovered. On the waves of a raucous crowd and with a little help in the draft of German pair-mate Monique Angermuller on the back-stretch Nesbitt skated to the climax of her career in 1:16.56.

After the Olympic gold, Nesbitt had difficulties to retain her motivation on the ice, but she continued her winning ways. Despite a broken elbow in the 2010 summer after being hit by a car while training on her bike, in the 2010-2011 season Nesbitt collected five ISU World Cup Speed Skating gold medals in the 1000m, four in the 1500m, one in the Team Pursuit and two bronze medals in the 1500m. She also won the ISU World Sprint Speed Skating Championships in Heerenveen and finished second overall in the ISU World Allround Speed Skating Championships in Calgary. 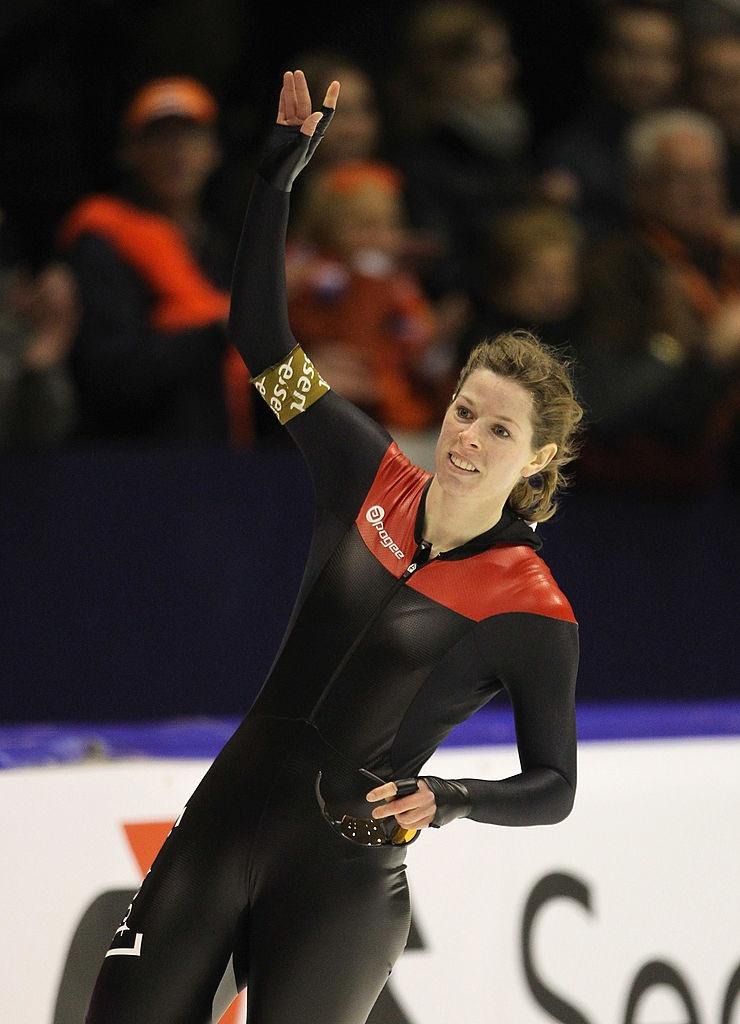 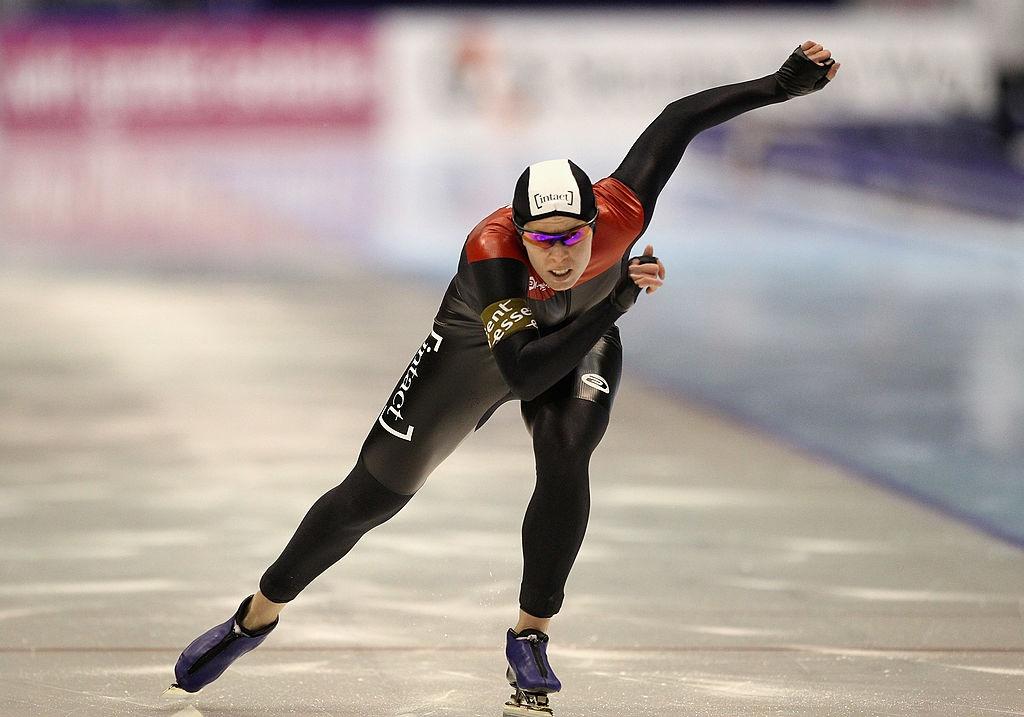 Nesbitt's 2012-13 season was less successful, although she still managed to win 1500m bronze at the ISU World Single Distances Speed Skating Championships. Shortly after the season ended the reason for her difficulties was found when Nesbitt was diagnosed with Celiac Disease, which had unsettled her digestive system throughout the season. The necessary change of diet and lifestyle compromised her results in the remainder of her speed skating career

Nesbitt did compete at a third career Olympic Games in Sochi 2014, but did not get to the podium and announced her retirement in 2015. In total she collected one Olympic title and an Olympic silver medal, seven ISU World Single Distances titles, one ISU World Sprint title, and numerous silver and bronze medals at ISU World Speed Skating Championships and World Cups.

Inline and ice skating, the same only different

Past Master: Shani Davis (USA) an exception who rose to the top