Speed Skating is about competition, but underneath the surface of many rivalries there’s a lot of mutual respect and friendship. To celebrate the UN’s International Day of Friendship, we looked into some great Speed Skating moments and the value of sports and friendship. The International Day of Friendship aims to confront the crises and challenges of the world (poverty, violence, human rights abuses, pandemics) that undermine peace, security, development and social harmony. Friendship is the simplest way to overcome this, says the UN: by accumulating bonds, we can contribute to the shifts needed to achieve lasting stability, and a better, more united world.

Rival and hero at the same time

When it comes to rivalries, the battle between Ireen Wüst (NED) and Martina Sáblíková (CZE) has become a classic in the ladies’ competition. The Czech and the Dutch divided a total of twelve ISU World Allround Speed Skating Championships titles between them since 2007, with Wüst winning her seventh title in Hamar last March and Sáblíková having won five titles previously. 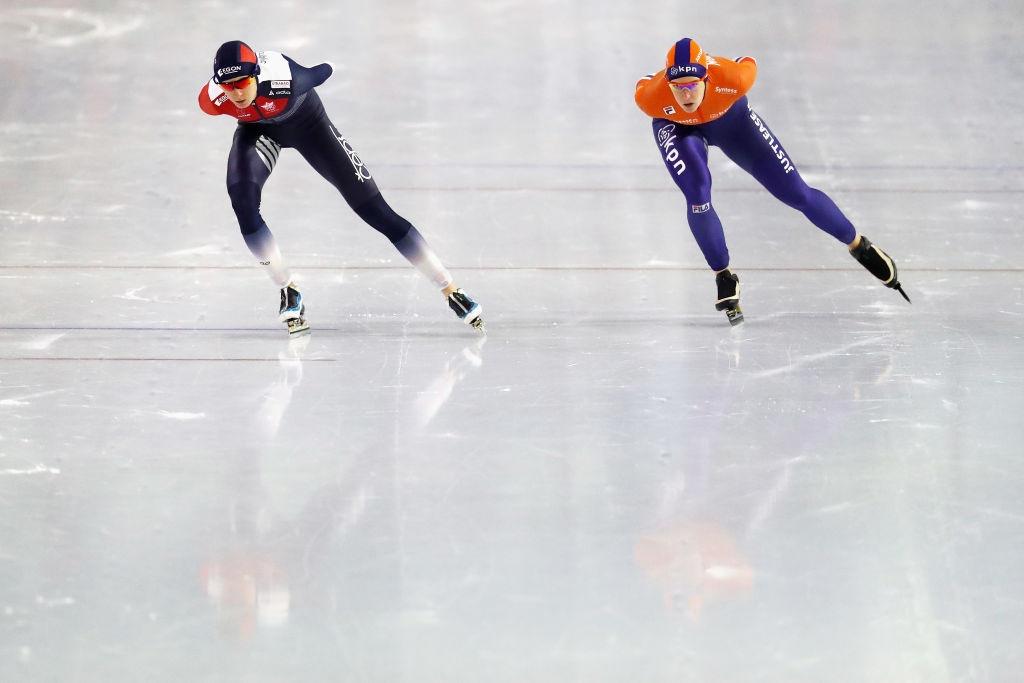 As hard fought as their battles on the ice may be, off the ice they have grown to care for each other very much, as Sáblíková explained in an interview in 2019: “She [Wüst] is a rival and a hero at the same time. We are people not just opponents in a sports contest. We go back such a long way and we help each other too. I know Ireen is sad at the moment [after losing best friend and former ISU World Allround Speed Skating Champion Paulien van Deutekom]. We talked about it a lot at the European Championships in Collalbo and I told Ireen that I'm with her if she needs anything. Ireen has also supported me in the past. I remember once laying on a bench with a groin injury, waiting for a doctor after a race in Salt Lake City, Ireen came to me and she said: 'You'll be all-right soon. I need you.' She's great and we like each other very much."

Speed Skating can be cruel when it comes to the rules. Disqualifications may sometimes feel unfair, but the way in which Thomas Krol and Laurent Dubreuil managed to let respect prevail over disappointment and anger sets an example for everyone.

At last year’s ISU World Single Distances Speed Skating Championships in Salt Lake City, the Netherlands won gold in the Team Sprint event, despite not having skated the fastest time. Canada’s Gilmore Junio, Laurent Dubreuil and Antoine Gélinas-Beaulieu were faster, but got disqualified for an illegal changeup. 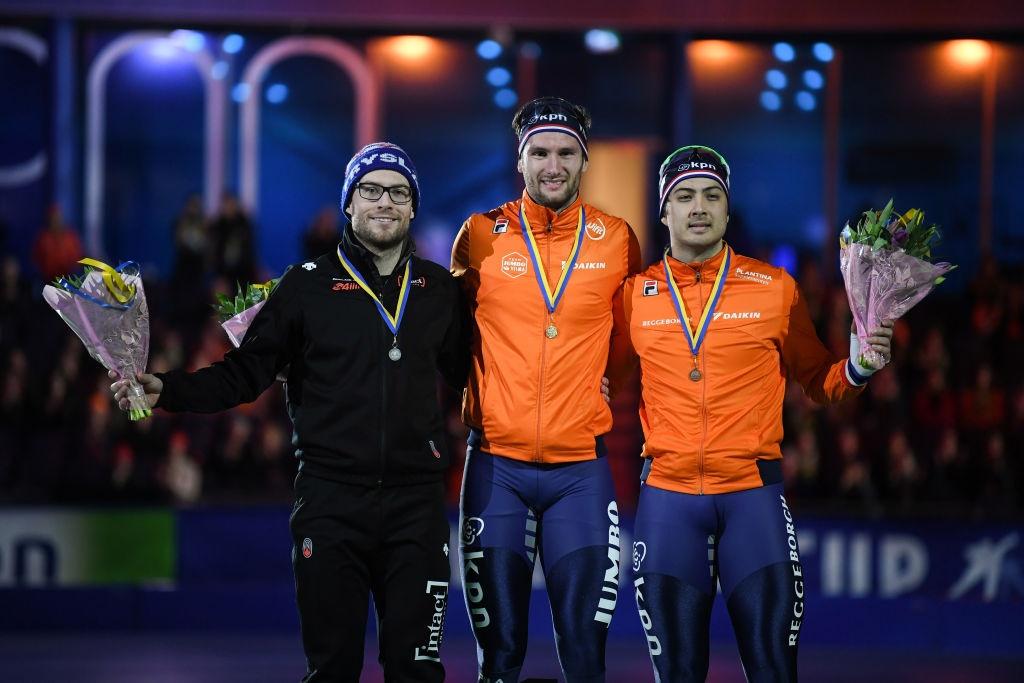 Dutchman Thomas Krol did not want to celebrate too loud: "It feels a bit like a stolen victory," Krol said. "We have congratulated them [Canada] for a great skate. They were the best today, but they didn't do it according to the rules, so the disqualification is just.

“But we did not celebrate too much, that would not have been very respectful."

Hardly could Krol have expected the roles to be swapped a couple of days later. This time Krol was at the receiving end when it came to compassion, and it happened to be Dubreuil who ran off with the prize.

Krol seemed to be on his way to a podium spot in the 1000m, edging out Dubreuil by just 0.02 seconds. The Canadian eventually stepped up the podium to collect the bronze medal because Krol got disqualified after swerving out of the inner corner and hindering his pair-mate Viktor Mushtakov (RUS).

"I have to respect the result, but I skated that time. I'm gutted," Krol said.

Dubreuil knew how Krol felt: “I feel for Thomas. I was there two days ago and it was not a fun day after that. Thomas is an amazing skater and I hope he bounces back and wins tomorrow in the 1500m.

"Nonetheless, I'm happy about my race… more than half-a-second off my personal best. I skated maybe the best race of my life and I got lucky as well. 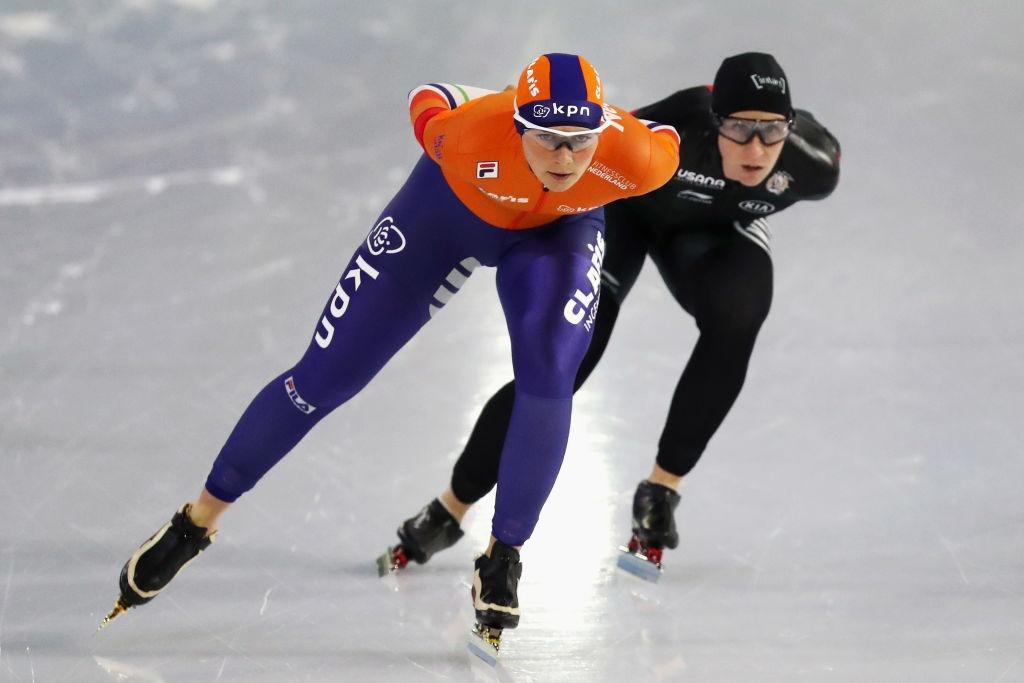 One of the best examples of a rivalry turning into a friendship is the ongoing ladies’ mass start battle between Ivanie Blondin (CAN) and Irene Schouten (NED), who both won two ISU World Speed Skating titles.

When she came second behind Schouten at the ISU World Cup Speed Skating in Tomaszów Mazowiecki, Poland, last season, Blondin explained how their relationship has evolved over the years.

“I like Schouten, we're so competitive. In the past it was a negative competitive, but now it's positive. We both accepted that we are rivals. I started joking around with her a little and she gave it back to me and that lightened the mood. Also, me having Remmelt [Eldering, a Dutchman] as my coach and him always telling me that Schouten is not that bad of a girl and that I should really go for a beer with her, which hasn't happened yet, but it's a nice environment to compete in. I'm happy for her and I feel that she was really happy for me last week." 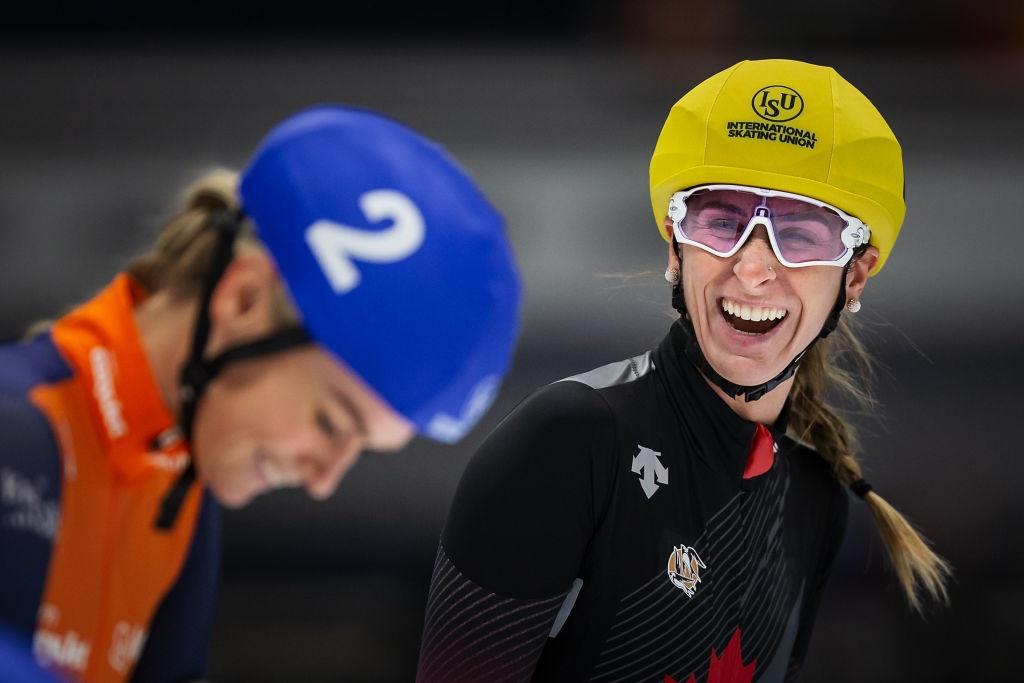 Schouten, 27, agreed with 29-year-old Blondin: "Our rivalry has changed. Five years ago we were younger and now we're enjoying it better. On the ice we are rivals but off the ice we're OK. We respect each other. It’s the same with the Italian (Francesca Lollobrigida, who came eighth in Tomaszów Mazowiecki). On the track we are rivals, but off the track she's just a nice girl."

Do you know… who invented the slide board?