He’s been around in international Speed Skating for ten years, but the best is yet to come for Laurent Dubreuil. Last January the Canadian followed the footsteps of his legendary countryman Jeremy Wotherspoon, winning 500m gold at the ISU World Speed Skating Championships in Heerenveen. Although both his parents were Olympic Speed Skaters, Dubreuil’s choice of sports was his own. “To me, nothing was as much fun as Speed Skating,” he says. 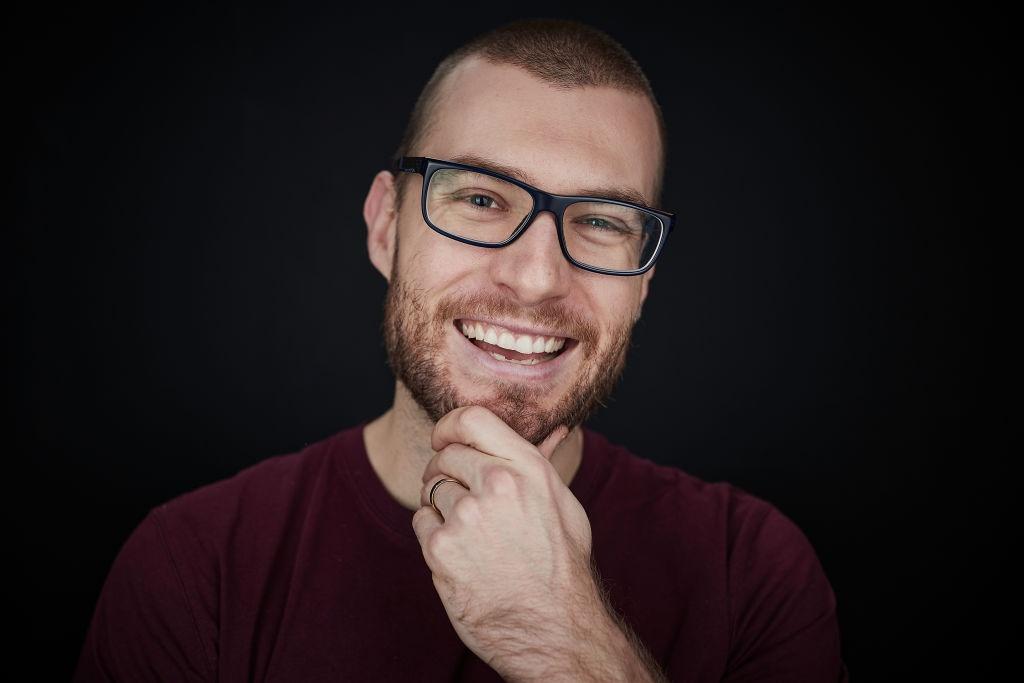 Despite, or maybe because of their own Speed Skating experience, Dubreuil’s parents never pushed him on the ice.

“I tried different sports too, for fun and also competitively, but nothing was as much fun as trying to be the fastest skater I could be. My parents were extremely supportive but, when I did not want to do a competition as a kid, they would say ok, we’ll just go home and next time if you want, you can race.”

“The fact that my parents used to be Speed Skaters themselves, gave me less pressure in a way, because they never tried to live through me. They achieved their dreams and goals in their sport themselves and they just wanted me to be happy with what I was doing. They wanted me to have fun and work hard, that was important too.”

Dubreuil started as a Short Track Speed Skater, but at age fourteen he chose to specialize in long track. He made it in Canada’s national team in 2010, gearing up for the 2014 Olympic Games in Sochi, but that turned out to be the biggest disappointment in his career. 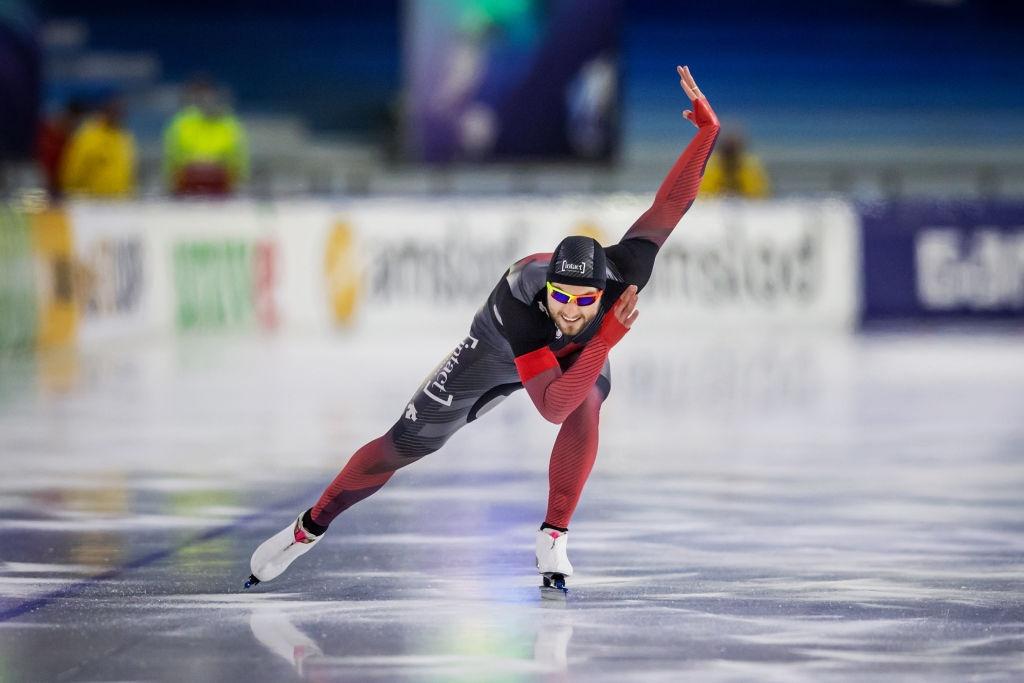 “I was Junior World Champion in 2012, I still have the 500m junior world record (34,66). I was 21 years old and I should have been improving. I definitely should have qualified for the 2014 Olympic Games, but I did not. I missed the Olympics by four hundredths of a second. That was a very tough pill to swallow.”

Eventually the biggest setback of his career inspired Dubreuil to become a better athlete.

“I had to get back to the drawing board and re-evaluate myself, my technique, the way I was training, my focus, my drive…” 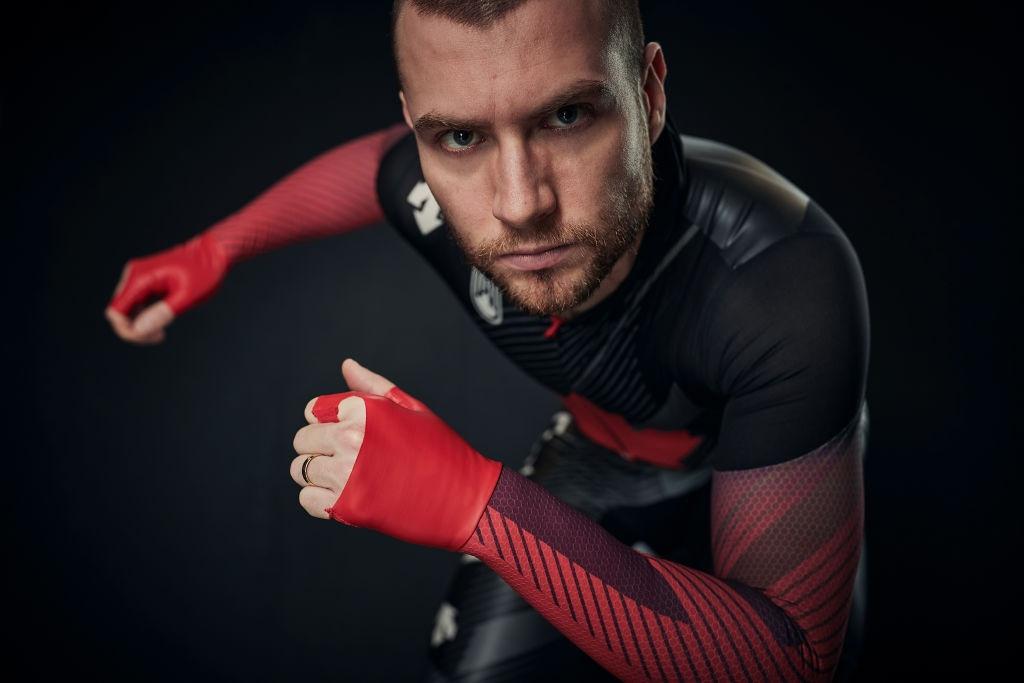 His parents were instrumental. As a teenager Dubreuil had been reluctant to take his parent’s advice.

“My mum was a coach at the regional center in Quebec and that was challenging. As a teenager you clash with your parents, and I was probably listening less to my mother than to the other coaches, even though my mother probably was the most experienced coach.”

When he missed the 2014 Olympics, Dubreuil was able to set aside his teenage rebellion.

“I changed a lot of things and I could not have done that without my parents. They were very supportive. My parents are very direct, they don’t go around. They tell you how they see it and how it is, and they told me tough things to say to a kid but they did it, because they believed it would help me and they knew I needed it. 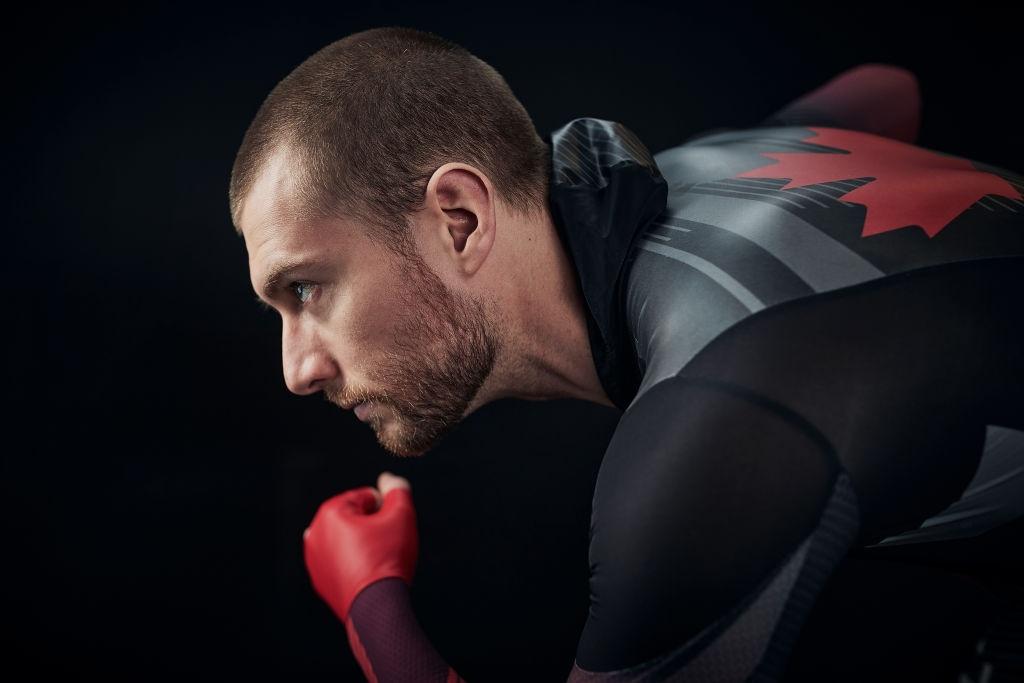 “The most important thing they taught me was not to come up with excuses. Look at yourself in the mirror and see it as it is. I saw myself and I did not like the way I was as an athlete. Therefore I changed a lot to improve and I could not have done that without my parents.”

At age 28, having won his first World title and being a father himself, Dubreuil laughs and apologizes for his younger self. “I’m sorry [for not listening] mum, but hey, I think that’s over now. I listen more to my parents these days.”

His golden race at the Heerenveen ISU World Speed Skating Championships made Dubreuil only the second Canadian in history to win the 500m world title, after Jeremy Wotherspoon.

The new champion did not dare to compare himself to his legendary countryman, however. “Oh no, I would at least have to win ten more world titles and he has won 67 World Cups [leading the all-time ranking], I have only won one so I need 66 more, and I can almost guarantee you, that’s not going to happen.”

Yet, with the Beijing Olympics coming up next season, Dubreuil might achieve something his legendary countryman never managed, because no Canadian won 500m gold in the history of the Games.

In the spotlight: Francesca Lollobrigida from anomaly to household name