Do you know the precise Speed Skating track dimensions?

Speed Skating was one of the first sports in modern history to have World Championships organized by an international federation. Before this first tournament in Amsterdam in 1893, Speed Skating tracks varied a lot in length and shape, but with the inaugural ISU Word Speed Skating Championships the ISU standardized the 400m track, and the dimensions are very precise. 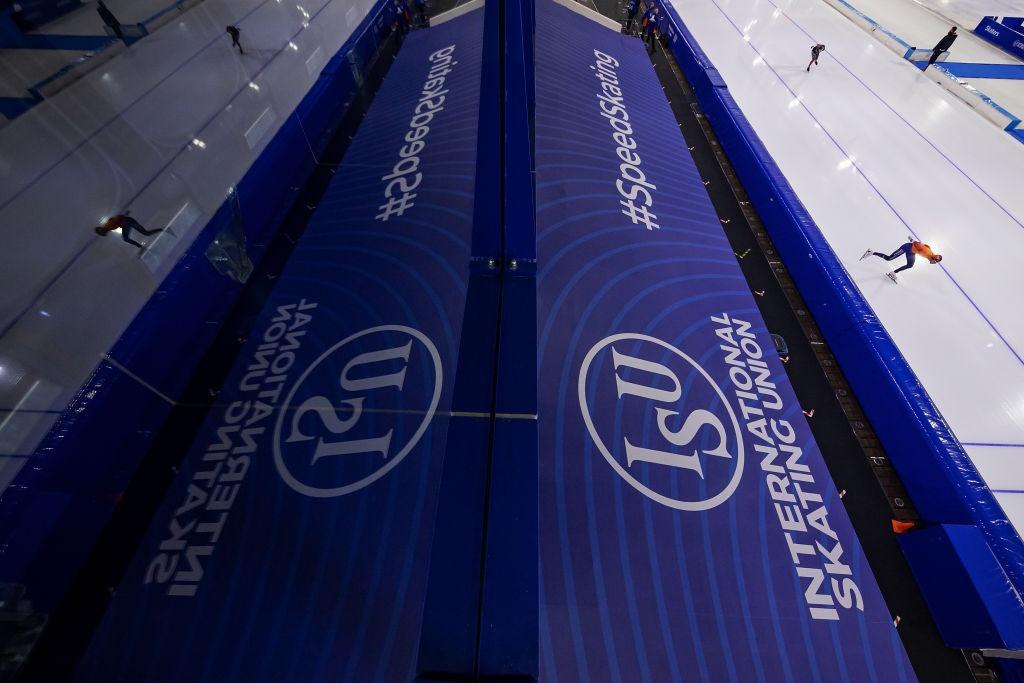 Although Speed Skating tracks and running tracks both are 400 meters long, the shape differs. When the ISU World Championships Speed Skating returned to Amsterdam 125 years after the inaugural tournament, the Olympic Stadium in the Dutch capital covered its athletics track with a speed skating one, which required quite some adjustments. 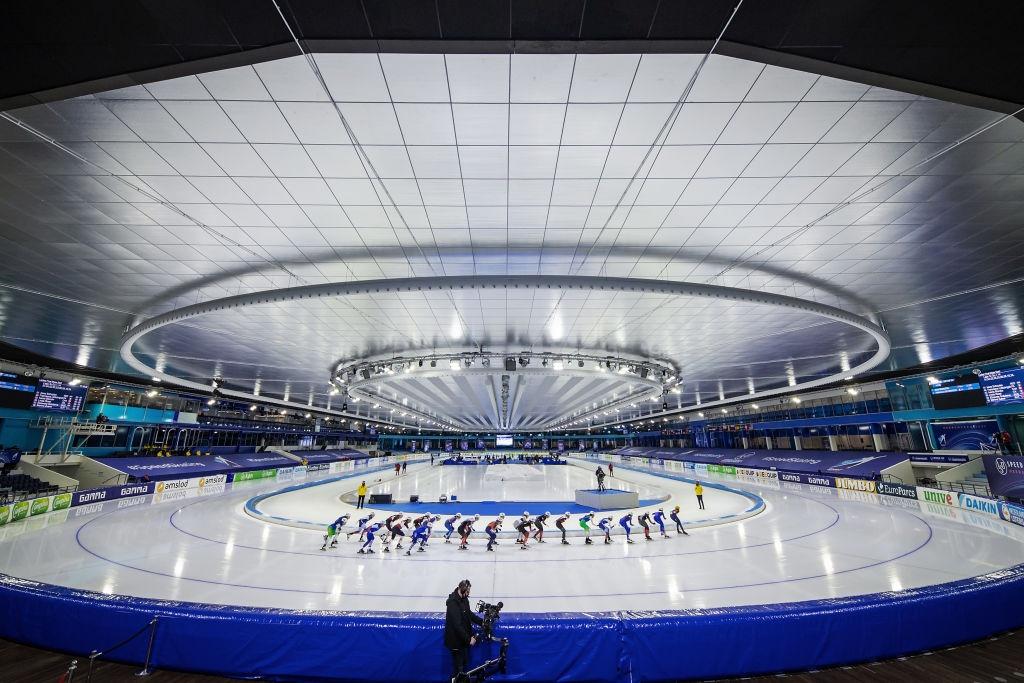 According to rules of the athletics federation (IAAF) the standard 400m running rack comprises two semicircles, each with a radius of 36.50m, which are joined by two straights, each 84.39m in length. A Speed Skating track has sharper turns.

According to ISU regulations a standard Speed Skating track consists of two lanes, with two curved ends each of 180 degrees, in which the radius of the inner curve should not measure less than 25 meters and not more than 26 meters. The width of the inner competition lane is 4 meters. The width of the outer competition lane must be at least 4 meters. 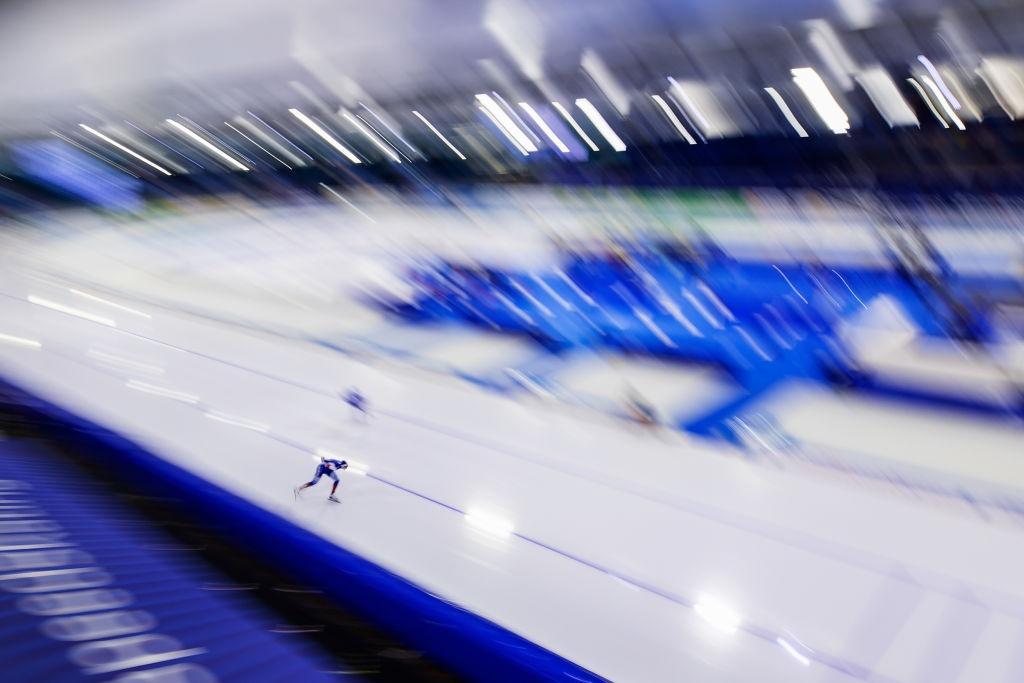 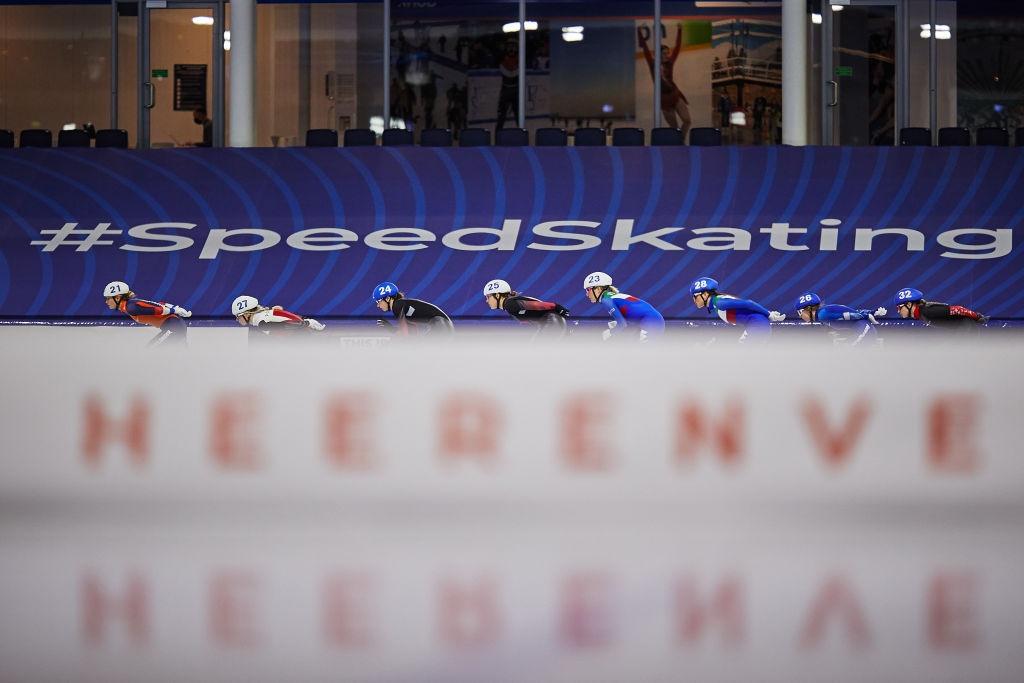 When skating a full lap in a classic distance, competitors swap lanes every lap. A full lap therefore always comprises one inner turn, one outer turn and two straights. One would expect the sum to be 400 meters but it isn’t, and for good reasons. When swapping lanes skaters have to cover some extra distance. 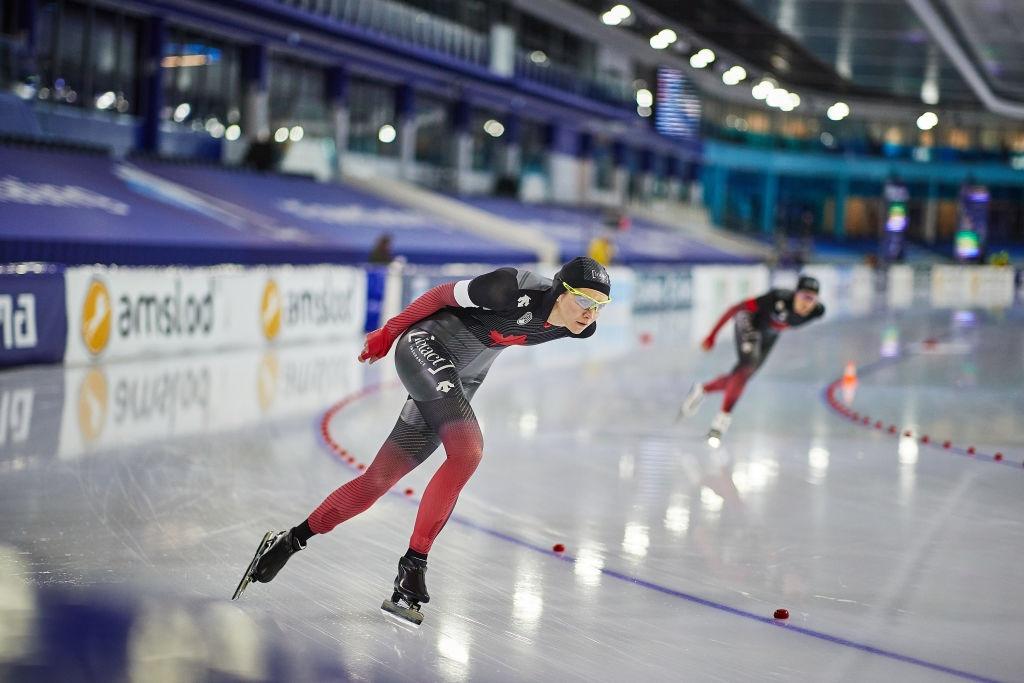 When a skater crosses lanes he or she does not go straight from curve to curve, but in a diagonal line crossing the 4 meter wide lane. With the Pythagoras theorem, it’s easy to calculate the extra distance: take the square root of the added squares of the length (113.57) and the width of the lane (4.0), subtracted by the length of the straight. In mathematical notation: 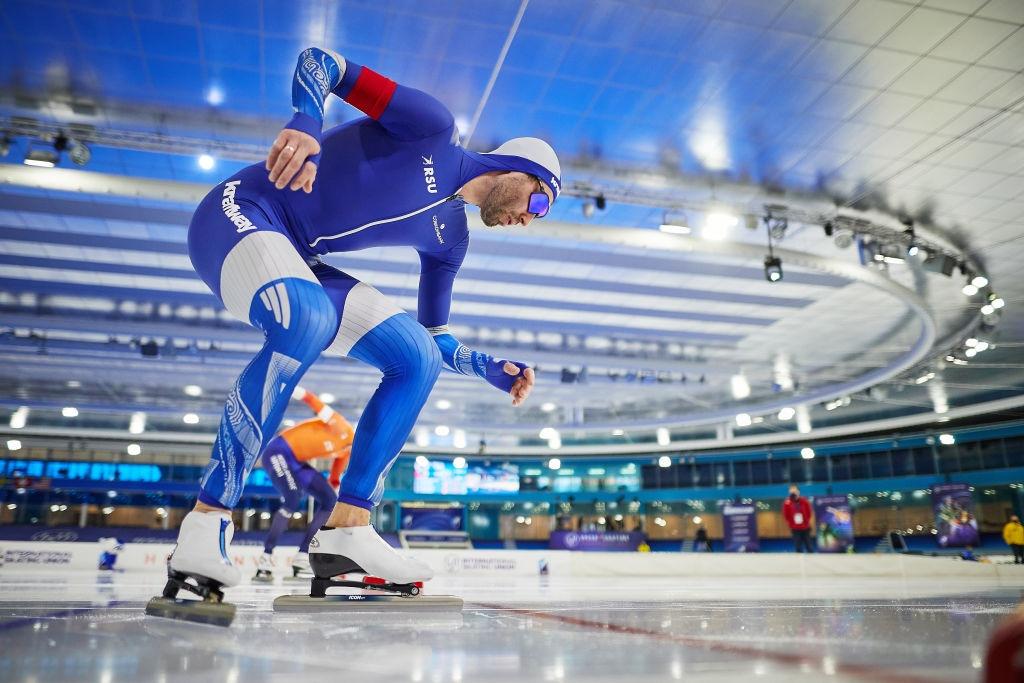 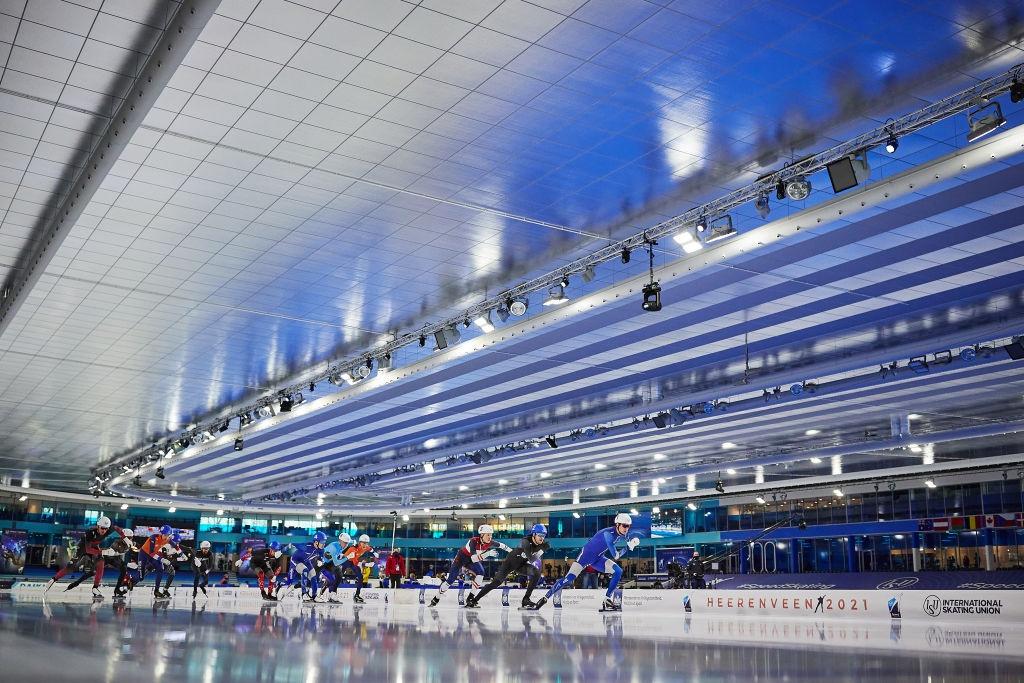 The Mass Start is the only event in which skaters don’t have to swap lanes and the racing track includes the warmup lane. The distance is not measured in meters, but in a specific number of laps and the countdown starts the first time the Skaters cross the finishing line.

However difficult all calculations may seem, for Speed Skaters the task is very simple: skate as fast as you can and swap lanes every lap, expect for the Mass Start, they just have to figure out how to get to the line first.

In the spotlight: Artur Nogal, turning the negative into the positive