The Dutch women won three more gold medals on Sunday to conclude the European Championships having taken all titles they competed for in Heerenveen. Jutta Leerdam retained her 1000m title, Ireen Wüst, Antoinette de Jong and Irene Schouten seized the third consecutive Team Pursuit title for the Dutch, and Schouten rounded off the tournament defending her Mass Start title. The only gold the Netherlands did not win at the Championships was the Team Sprint, which they did not skate in.

Leerdam was in a league of her own on Sunday. Winning in one minute and 13.60 seconds, the 23-year-old World and European Champion was the only one to beat the 1:14 mark. Leerdam was also the only skater to complete a first full lap under 27 seconds and the final lap under 29 seconds, and she was 0.49s faster than last week when she won the Dutch Olympic trials.

“I was better (than last week),” Leerdam said. “The time was better, I felt better and I had more control. I could do some technical things that I was not able to last week.”

After the Olympic trials, Leerdam’s coach demanded an intense training schedule. “We went straight on and I understand we have to train for the Olympics, but I said to my coach that I also wanted to grab that European title.”

She also believes she had a mental advantage at the European Championships compared to the high-pressure Dutch trials.

“My preparation for this one was more relaxed. I’m well rested and I’m more in coordination,” she said.

Femke Kok (NED) finished second in 1:14.80. With Ireen Wüst deciding to skip the 1000m, Saturday’s 500m winner got an unexpected chance to skate the distance in which she had failed to get an Olympic ticket and a slot at the Europeans, coming sixth at the Dutch trials last week.

“Ireen (Wüst) told me she would not skate this morning. I was happy to skate, but it was a strange preparation. I skated in the first pair. I got onto the ice when the ice machines were still on the track. I only had a four-minute warm-up, so I went out cold, so I was happy with my race,” Kok said. 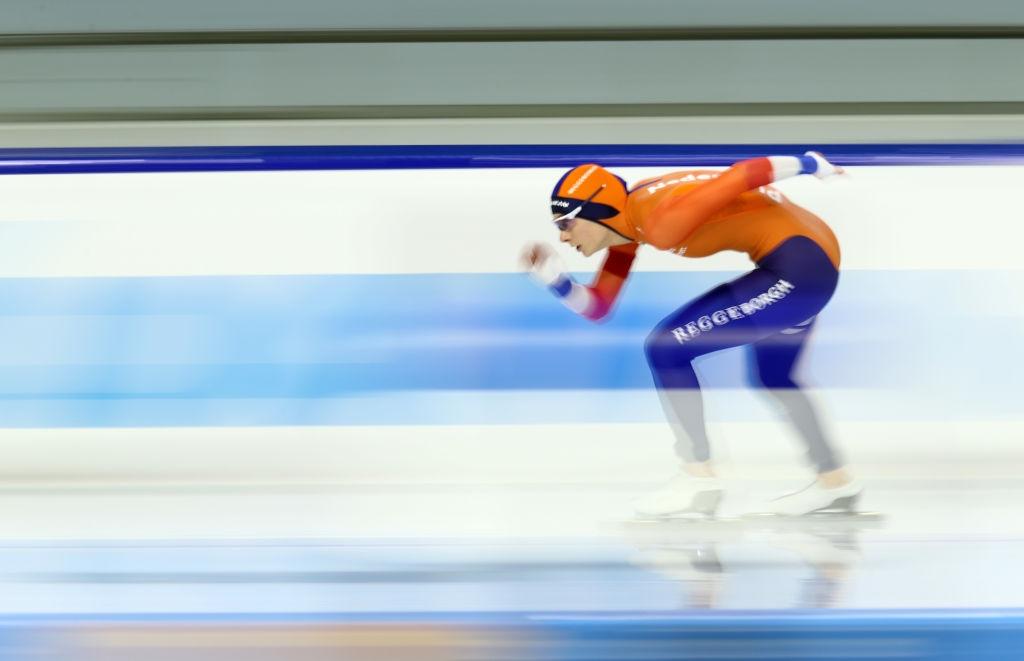 The 21-year-old was 0.34s faster than she had been at the Dutch trials.

“Of course I would rather have shown this (form) last week. It’s a pity, but coming second at the European Championships is nice too.”

Daria Kachanova (RUS), who won 1000m silver at the European Championships two years ago, followed up Saturday’s 500m bronze with another third place. She was the last woman to finish under 1:15, clocking 1:14.94.

Title in track record for Dutch in Team Pursuit

“Super good, what we showed today,” said De Jong, who had already won silver in the 3000m on Friday and gold in the 1500m on Saturday.

Wüst was the first to lead the Dutch women in their race. After her stint up front, De Jong took over and Schouten pulled the team through in the final laps.

Wüst said: “This was a new tactic which suited all the individual capabilities best. I start (up front) because the national coach thinks my experience is important at the start. We also have to make good use of Irene’s (Schouten) strong finish. We wanted to make as few changes as possible and push (each other) in between.”

Last year the Dutch women did not change up front at all, only pushing each other throughout the race.

“We think today’s tactics are better and we proved it, being faster than last year when we won the World title, even though we’re all tired after the Dutch trials from last week. This race was a good dress rehearsal (for the Olympic Games). Of course we’ll train, but (there’s) no better training than a race.”

Schouten rounded off her busy schedule on Sunday winning her second consecutive Mass Start title. After a perfect lead-out by teammate Marijke Groenewoud, she left the field behind in the final sprint.

Groenewoud sprinted to silver ahead of Golubeva, who pipped Francesca Lollobrigida (ITA) to the line for bronze.

For full entry lists and further information regarding the ISU European Speed Skating Championships please visit: isu.org/speed-skating. Results are available here and you can follow the discussion on social media by using #SpeedSkating.

Where to Watch Speed Skating Championships 2021/22