Resurgent Sáblíková stronger than ever

Martina Sáblíková (CZE) found redemption in Inzell on Thursday after losing her Olympic 5000m title in PyeongChang a year ago. The 32-year-old Czech veteran, who had struggled with a back injury that caused her to consider quitting in the run-up to the Olympic Winter Games, proved she has returned stronger than ever, winning gold in the 3000m in a track record on the first day of the ISU World Single Distances Championships. The Dutch ladies opened the championships with the first ever Team Sprint gold. 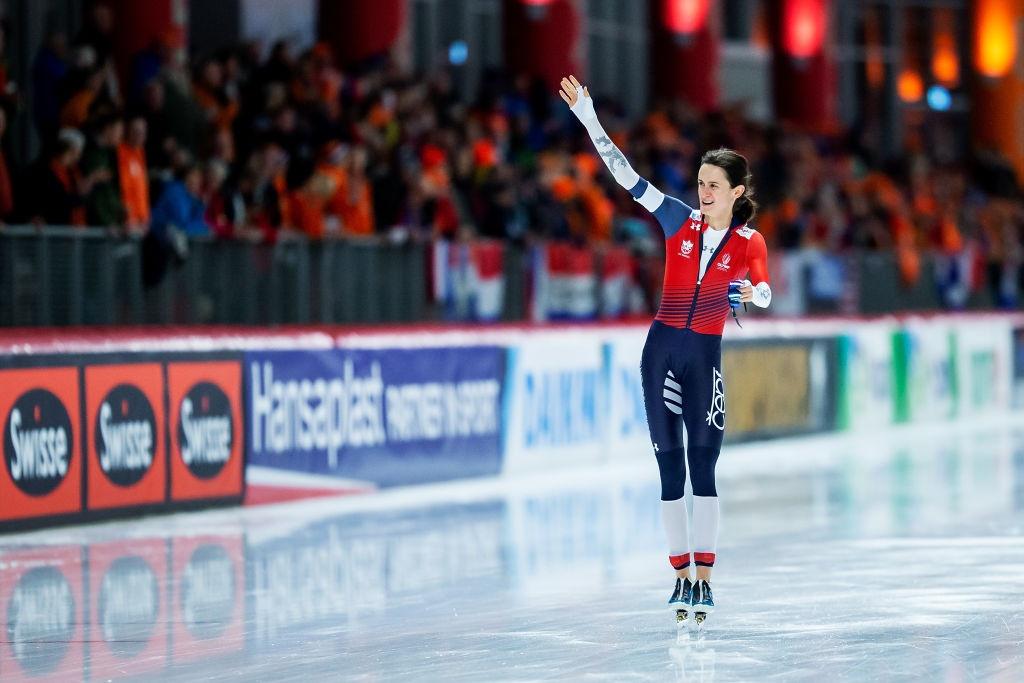 Putting young pretenders in their place

Achtereekte's time put her at the head of the field until Antoinette de Jong (NED) took the ice in the seventh pairing. The new European champion was the first to break the four-minute barrier, stopping the clock at 3:59.41. Russia's Natalya Voronina also skated under four minutes (3:59.99) in the eighth pairing, 0.58 slower than De Jong, but that proved good enough to give her the bronze and push Achtereekte out of the medals.

Sáblíková started slower than De Jong, but managed to keep her lap times under 32 seconds all the way up to the final lap to finish in 3:58.91.

“When I crossed the line and saw that No. 1 behind my name…,” Sáblíková said afterwards. “Last season I considered quitting speed skating. This is amazing. 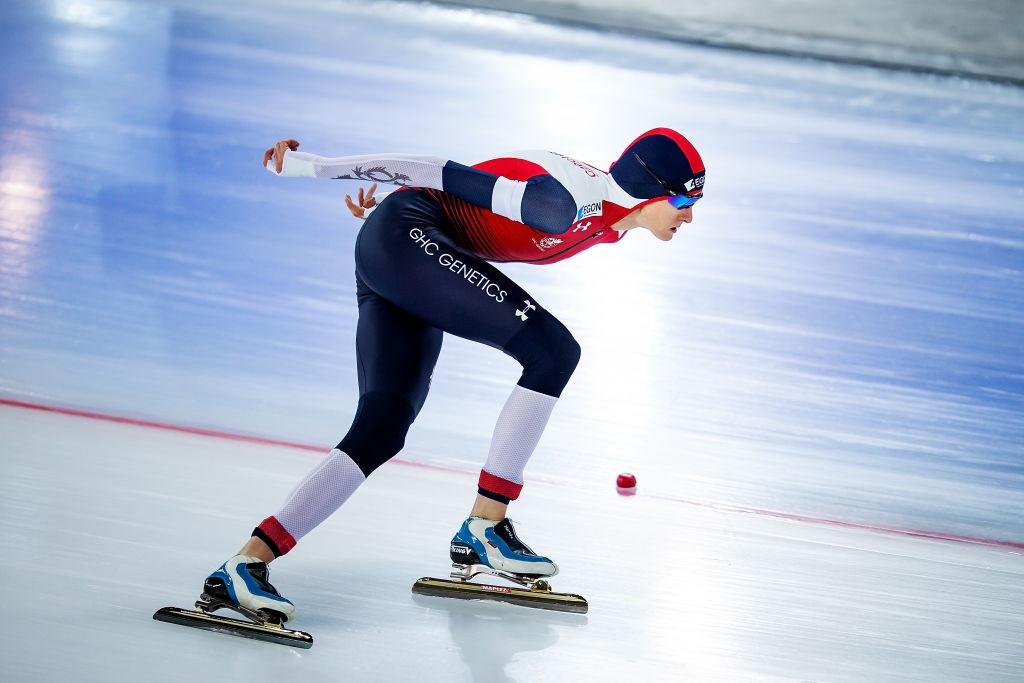 “All those young girls are very strong, I really had to fight hard today. When I saw my lap times in the beginning I was a bit worried, but then I managed to keep a good pace and I knew I could keep on skating 31 laps towards the finish.”

De Jong went into the competition confidently after having won her first major international title when she took the European Allround title in Collalbo last month.

She said: “To lose by only 0.5 seconds, that's just two good pushes. I had a good skate, but in hindsight maybe I should have started a little bit faster. 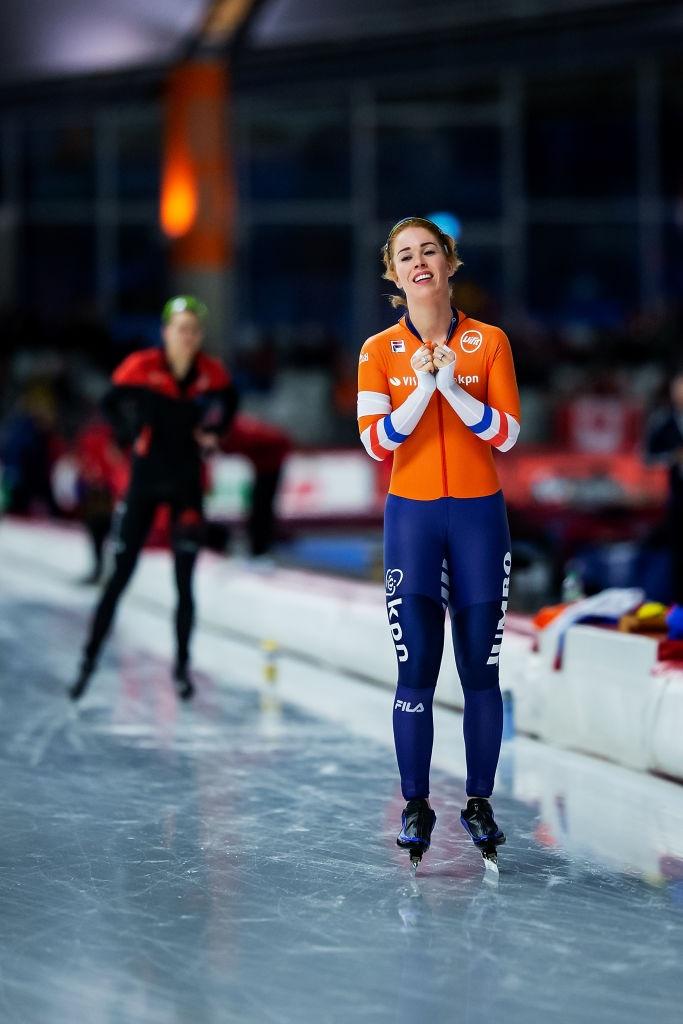 “That's the disadvantage of not having skated in two World Cups to collect points to end up higher in the draw. Then again, if you skate first you can skate your own race. But Sáblíková is so experienced. She knows exactly what to do and when I saw her accelerating in those corners I knew she’d beat my time."

Before the 3000m excitement, Janine Smit, Jutta Leerdam and Letitia de Jong (NED) opened the tournament by winning the first ever Team Sprint competition in the history of the World Single Distances Championships. After a first lap set-up by Smit, Leerdam pulled through in the second lap and De Jong finished it off to stop the clock at 1 minute and 26.28 seconds. 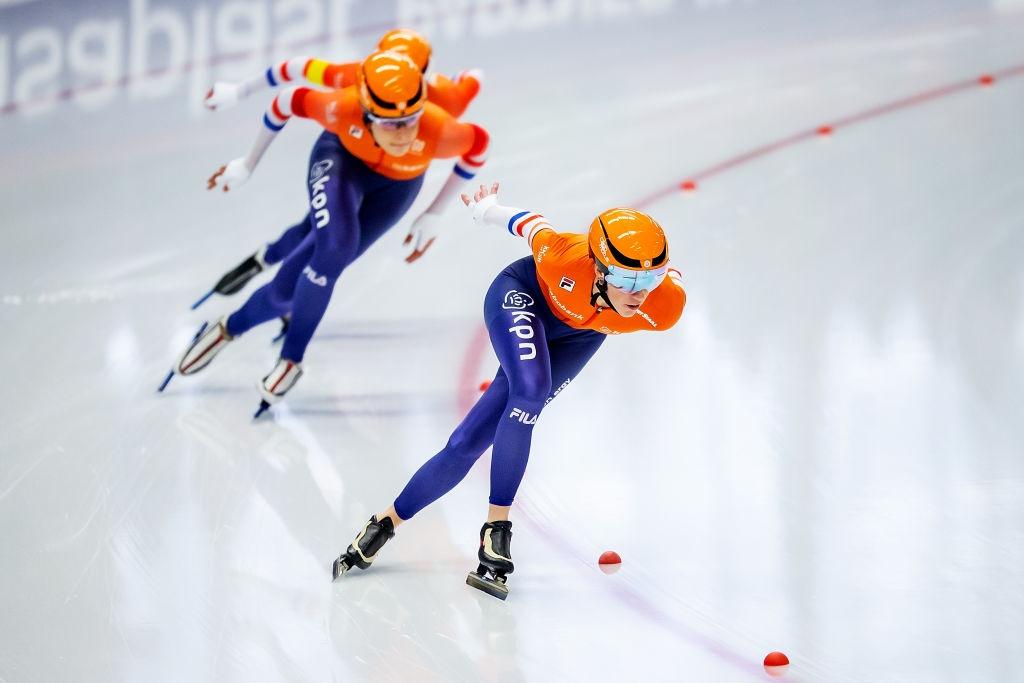 “Supercool,” said Smit. “I build up quietly with Jutta relaxed behind me. If the number one starts too fast it costs too much energy for the other two. I had a small gap, but the other two already caught up before the corner so that’s good.”

Canada’s Kaylin Irvine, Heather McLean and Kali Christ took second place in 1 minute 27.21 seconds and favorites Russia Olga Fatkulina, Angelina Golikova, Daria Kachanova went home with the bronze medal in 1:27.26. The Russian team did seem to fall apart after a fast start by Golikova. They got back together, but it cost them too much time and energy.

Smit said: “This is such a cool event because you can win the World title with three ladies who are not the fastest skaters individually. It’s a team effort.”

For full entry lists and further information regarding the ISU World Single Distances Speed Skating Championships please visit:isu.org/speed-skating. Results are here  and you can follow the discussion on social media by using #WorldSpeed and #SpeedSkating.

The ISU World Single Distances Speed Skating Championships will be available in some countries on the ISU Skating Channel.