After racing unbeaten in the 500m since November 2016, sprint queen Nao Kodaira (JPN) finally lost her crown to Vanessa Herzog (AUT) at the ISU World Single Distances Championships on Thursday. The Austrian challenger skated a personal best and a track record (37.12) on the rink in Inzell that she calls home. In the Team Pursuit, Japanese honour was restored when Japan ladies defeated the Netherlands by 0.42 seconds to take home gold. 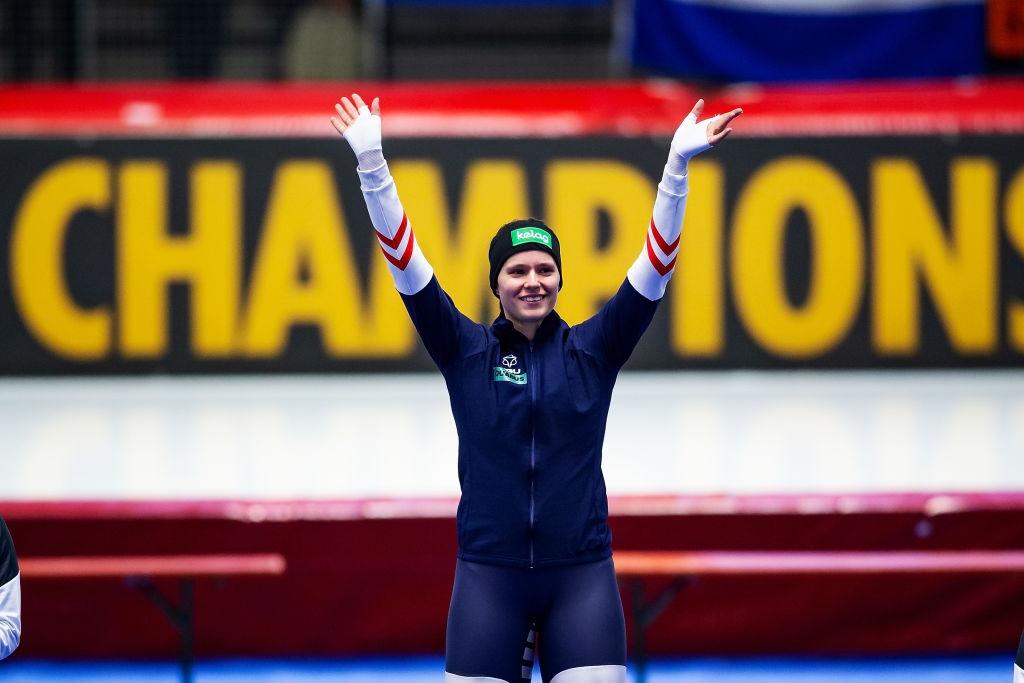 Austrian off to a flyer for first world title

Vanessa Herzog (AUT) started in the tenth pairing versus Brittany Bowe (USA) and before defending champion Kodaira, who skated in the twelfth and final pairing. The first 100 metres were crucial. Herzog said: “Brittany did a false start and I was really nervous. I like to stand a bit passive on the ice, so that I don’t do a false start. Eventually I got away well: 10.43 is my fastest ever opening.

“A lot of people said that I could win. I knew I had the fastest full lap in the 500m. Last week (at the World Cup in Hamar) I was very close already. This week she (Kodaira) did not skate 10.2 in the opener and that was my luck.”

Herzog was especially pleased to win the first world title of her career at the Max Aicher Arena. “This is my home base in speed skating,” said the 25-year-old. “I live two and a half hours from here and I train here a lot. My whole family is here and all my friends. I’m so happy I can celebrate this with them.”

Olympic champion Kodaira opened in 10.37, a little faster than Herzog, but not fast enough to compensate for the slower full lap. She crossed the line in 37.20 and had to settle for silver, 0.40 ahead of compatriot Konami Soga (JPN), who took bronze. 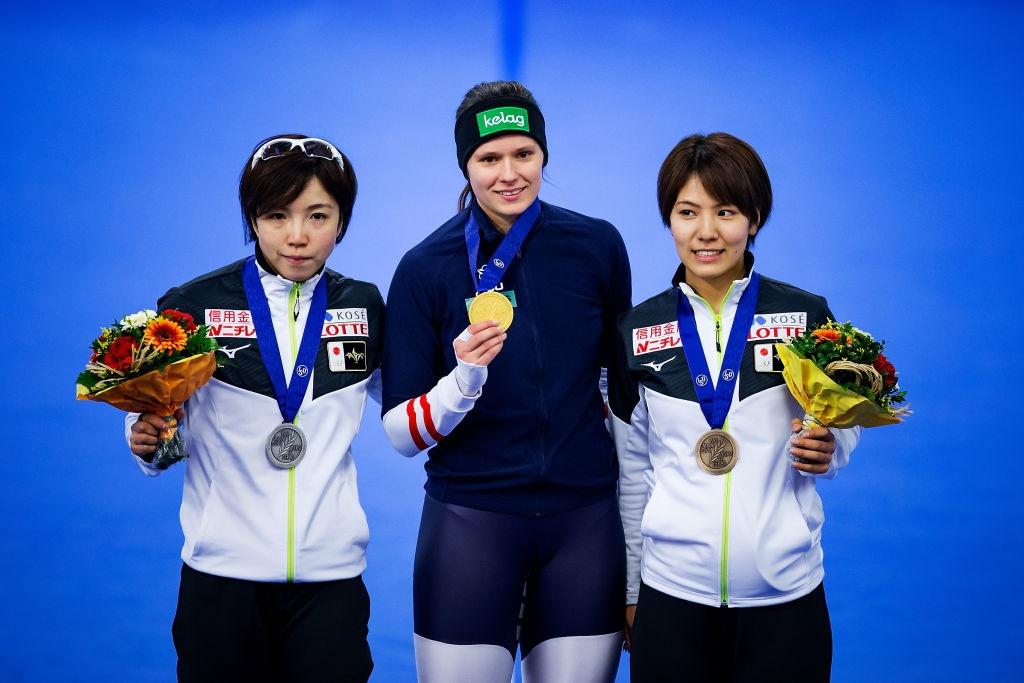 Kodaira said: “It’s a pity, but Vanessa skated very well and I respect her. My start was good, but after about 50m it was a little unstable. That was a bad moment.

“I am good enough, despite coming second. So I hope to be able to show that tomorrow (in the 1000m).”

Sisters Miho and Nana Takagi and Ayano Sato made amends for Kodaira’s loss, taking gold in the Team Pursuit. They set a track record time of 2:55.78 in the final pairing versus Russia’s Elizaveta Kazelina, Yevgenia Lalenkova and Natalya Voronina, who collected bronze in 2:57.72. 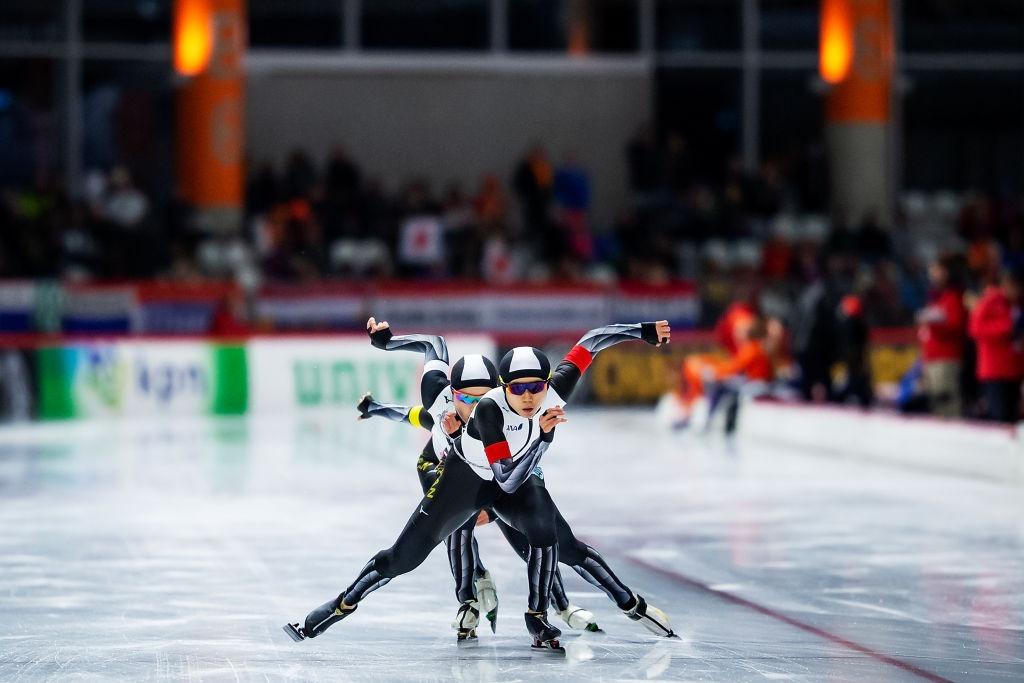 The Netherlands (Antoinette de Jong, Ireen Wüst and Joy Beune) took silver in 2:56.20, despite having trained in this particular line-up only for the first time on the morning of the race.

Wüst said: “With this little preparation, finishing only four-tenths of a second behind Japan is very good. They skate together all season and that makes a world of difference."

Despite having skated a lot together, the Japanese had trouble with their team work. Japan national coach Johan de Wit (NED) said: “The race was not so good actually. Miho had a good start, but our second skater (Ayano Sato) let the speed go down a little too much. The third skater (Nana) accelerated, she skated very well, but those changes (in speed) are not what we are used to. We normally skate a stable pace. Because of those fluctuations, the time went up a little too much towards the end and that’s a pity.

“We did not change strategy. We had the same tactics we had during the Olympics, but this year we don’t have the luxury of being able to do a full program with all the riders and Ayana had to finish her school this year and she missed two months in the summer. That’s what she lacks in stamina now. But hey, we still become world champions, so I can’t complain too much.” 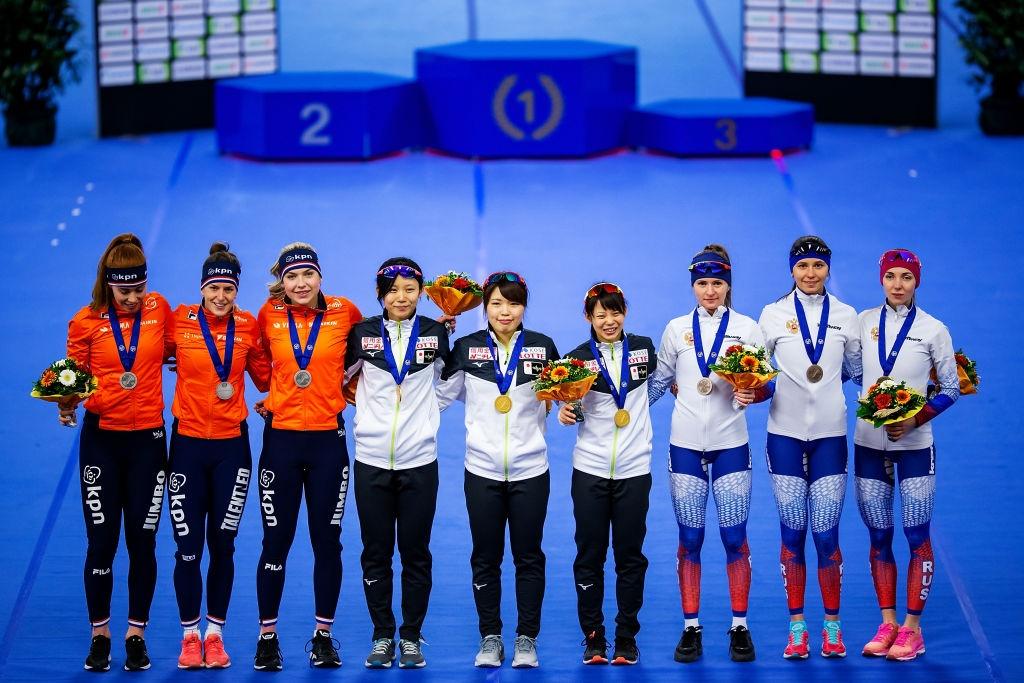 The skaters agreed with their coach. Miho Takagi said: “I’m very happy to win, but the race wasn’t 100% for us. As a starter, I was a little bit too fast. I think we still can improve.”

Nana Takagi said: “This (the World Single Distances Championships in Inzell) is the biggest event in this season, so I felt it’s a very good thing for us. Netherlands was faster than I expected and all other teams are improving. We cannot relax after this victory.”

Resurgent Sáblíková stronger than ever