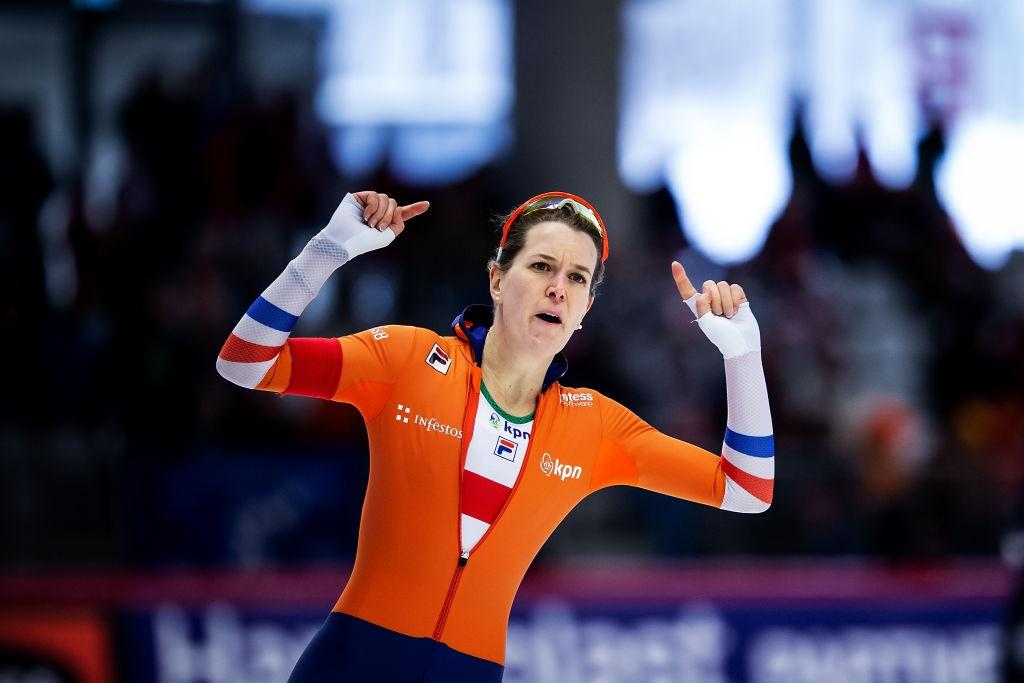 “Tears of happiness, tears of pride and tears of missing,” was how Wüst described her emotions at collecting her 13th World Single Distances title in 1:52.81.

A week after 37-year-old Van Deutekom’s funeral, a devastated Wüst had finished fourth at the European Allround Championships. In Inzell on Sunday, surrounded by friends and family, she made amends. “My form was rising and I hoped to be able to do something special here,” she said afterwards. “I wanted this so much. I don’t have words for this. This title is for Paulien. Maybe she helped me a little bit today.”

Bowe, 30, said: “Of course I always go for gold, but Wüst’s time was hard to beat today. In Salt Lake City that race would have been a world record for sure.

“I’m impressed and I couldn't have been more happy for her (Wüst). She definitely had that extra set of wings carrying her around that track today and it put a smile on my face. She deserved that one.” 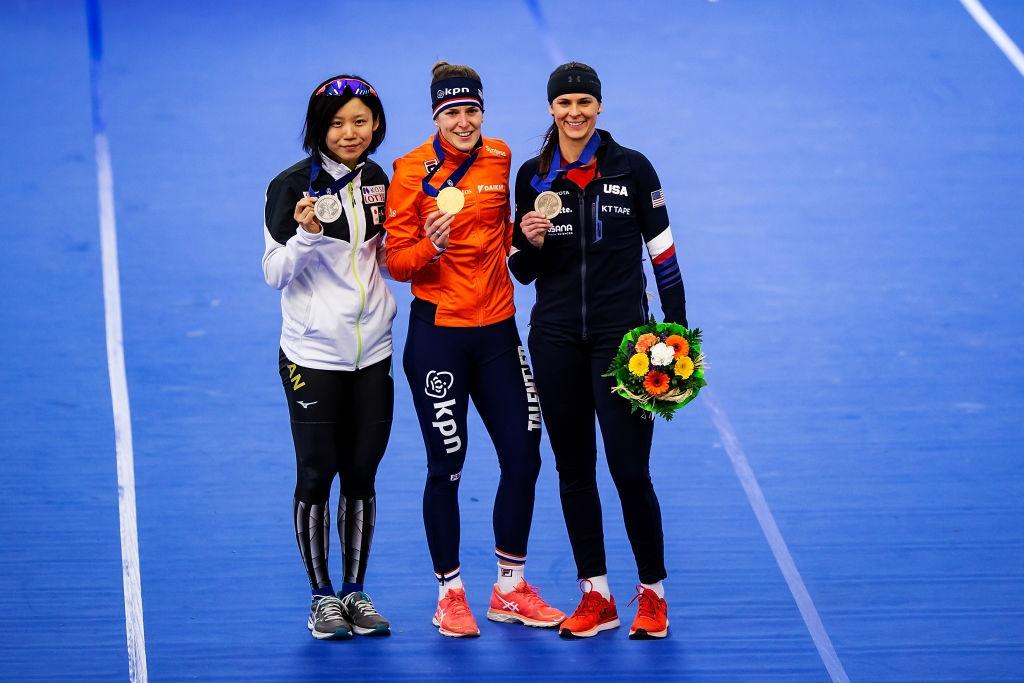 Wüst's biggest motivation to continue speed skating after her successful Olympic campaign in PyeongChang last year was the chance to skate a world record at the World Allround Championships or the World Cup in March. She said: “I’m on the right track, hopefully I can skate another race like this in Calgary of Salt Lake City.”

“This race went exactly as we had planned,” said a smiling Irene Schouten after recapturing the Mass Start world title. The 2015 champion jumped off the back of Ivanie Blondin (CAN) heading into the final lap and did not give way in a long sprint to the finish line.

Schouten, 26, said: “I know I’m one of the fastest girls when it comes to a sprint, but you never know what’s going to happen in a Mass Start. You have to be sharp every second, everybody wants to sit at the back of the good skaters and then there’s also crashes.

“I got away lucky with a crash just in front of me today. You have to be really good to win, and you need a little luck too. Today everything played out well for us. Melissa (teammate Melissa Wijfje) helped me out big time, skating a strong couple of laps in the front to lead me out for the sprint and I was able to finish it off.”

Blondin, 28, finished second and Elizaveta Kazelina (RUS) took the bronze medal. Blondin, the 2016 champion, tried to outsmart Schouten with a jump on the final straight in the penultimate lap. “I wanted to go early, so that I did not reproduce what happened last time in the World Cup, when I got stuck in the back and couldn’t find my way through the pack,” Blondin said.

“As soon as I jumped the gun I thought I had her (Schouten). I know that I can gap the girls real quickly and I did not see her coming, and when I saw her I was like, ‘Oh shit.’ She had a really impressive last lap.

“In the last corner she went really wide and I was scared that someone else would pass me, so I went really tight and that’s why I slowed down a bit and she gained speed on me. But it’s OK, I'm really happy for her. We’re both really strong competitors.”

Kazelina, 22, won her career first individual World Championships medal and thanked 2014 Olympic short-track champion Ruslan Zakharov (RUS) for it. She said: “He gave me advice on how to skate the Mass Start and that’s why I was able to pull it off today.”

Sáblíková on top of the world with tenth 5000m title