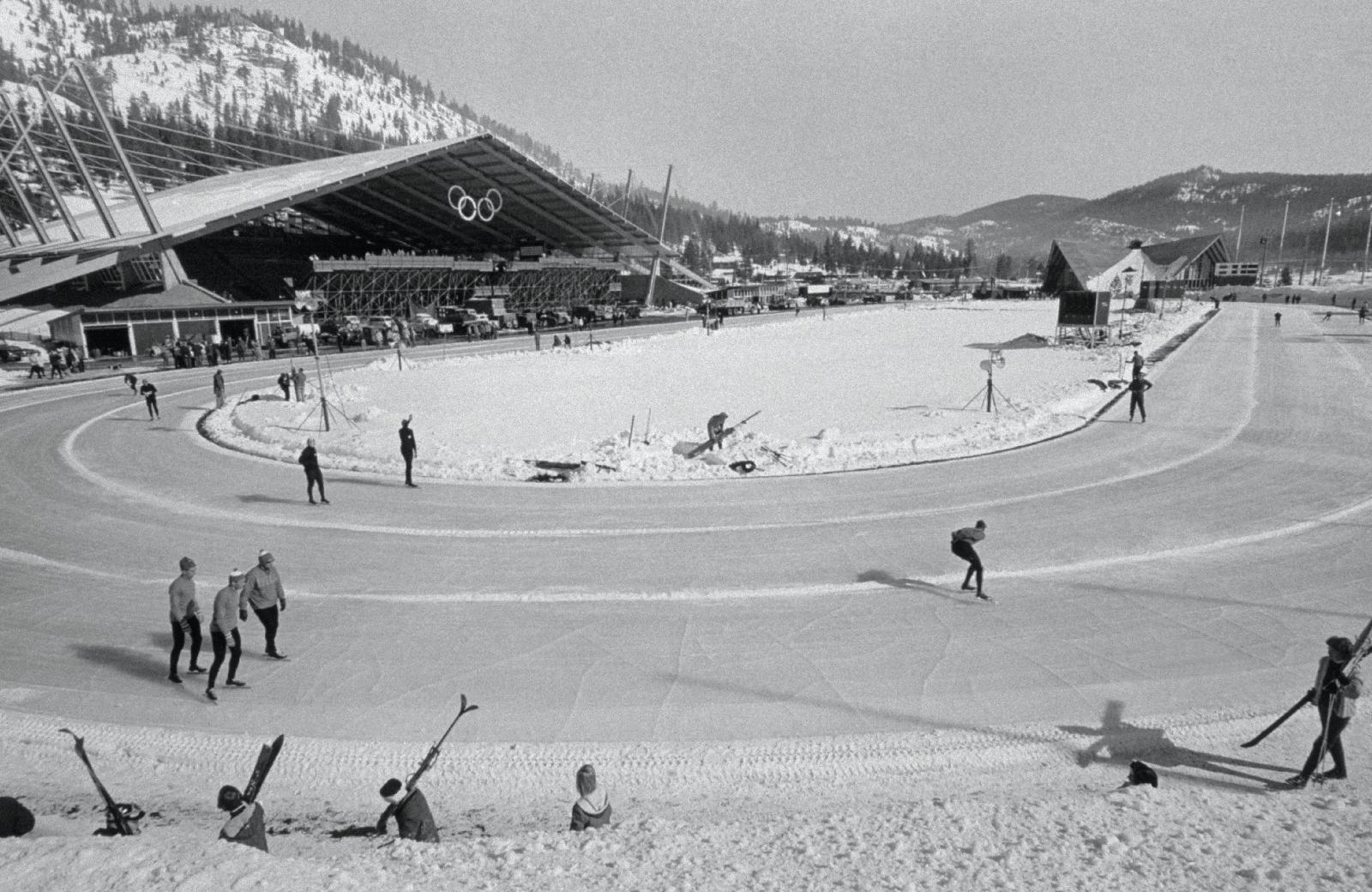 Speed Skating is about time and times have gradually become faster in the long history of the sport. At times new developments initiated revolutionary jumps in record times. In a brief history of world records we discuss some defining moments, starting with the old age and the first revolution: artificial rinks.


Breaking down the Men’s 10,000m world record illustrates both evolution and revolution in Speed Skating since January 14, 1893, when Oscar Fredriksen (NOR) set the first official world record in the longest classical distance. The Norwegian skater needed 20 minutes and 21.4 seconds to complete 25 laps on January 14, 1893 in Amsterdam (NED).

Whereas Nielsen and Eden took big chunks of the 10,000m mark in the first decade of the official record book, progress slowed down in the early twentieth century and it took over fifty years to shave another minute off. On February 6, 1949, Norway’s Hjalmar Andersen completed the 10,000m in 16:57.4.

The start of a new era

By the end of the 1950s, Speed Skating got a boost, with the first artificial tracks in Sweden, the United States and Norway. The 1959 European Championships in Gothenburg (SWE) were the first to be held on an artificial rink. The possibilities to train and the conditions during races improved massively.

From Andersen’ 1949 mark onwards, the 10,000m world record progressed by almost a minute per decade. Andersen himself brought it down to 16.32,6 in 1952 already, but that time lasted for another eight years, before it was absolutely shattered by Knut Johannesen (NOR) at the first Olympic Games on an artificial track in 1960, Squaw Valley, USA. 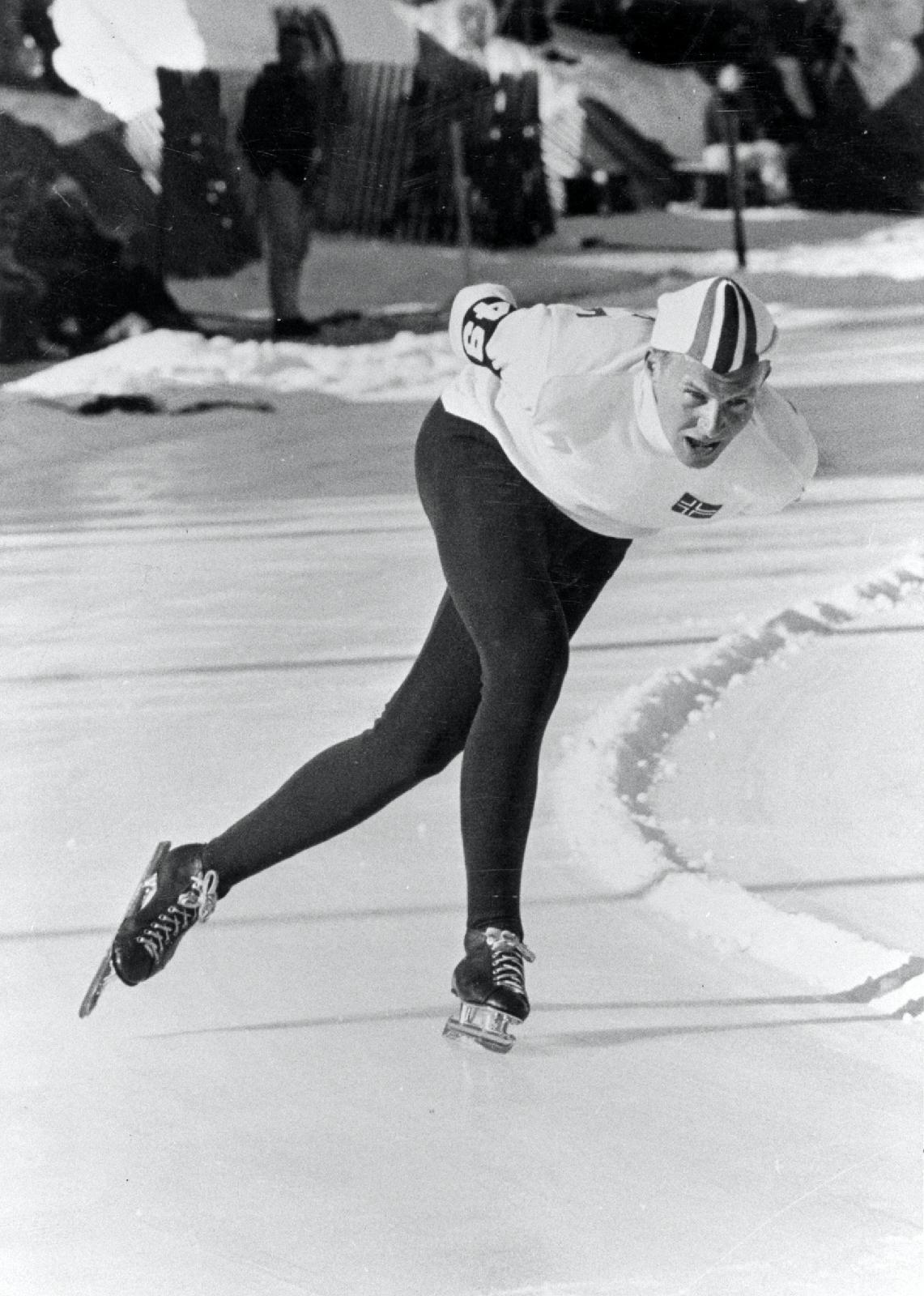 Johannesen chopped over 45 seconds off Andersen’s mark to break the 16-minute barrier with 15:46.6, but it took Dutchman Ard Schenk only a little over a decade to break the next one-minute barrier, skating 14:55.9 in 1971. Artificial rinks marked the end of the old age and the beginning of the modern era in Speed Skating.

Schenk, who made his International Championships debut as an eighteen-year-old with bronze at the 1965 World Allround Championships, came up at the right time to take maximum advantage of the artificial rink revolution. The Dutch phenomenon skated a total of eighteen world records in his entire career on the ice. By the end of the 1970-1971 season, the Dutchman held all distance world records except for the 500m.

When Schenk came to the start of the race in which he broke the 15-minute barrier, he already held the world record with a time of 15:01.6, which he had set just a month earlier at the World Championships in Gothenburg (SWE).

Schenk had lost his European title in January 1971, but the Dutchman hit back hard retaining his world title in Gothenburg (SWE) in February. He travelled to Inzell (GER) for the traditional record races to close off the season a month later. 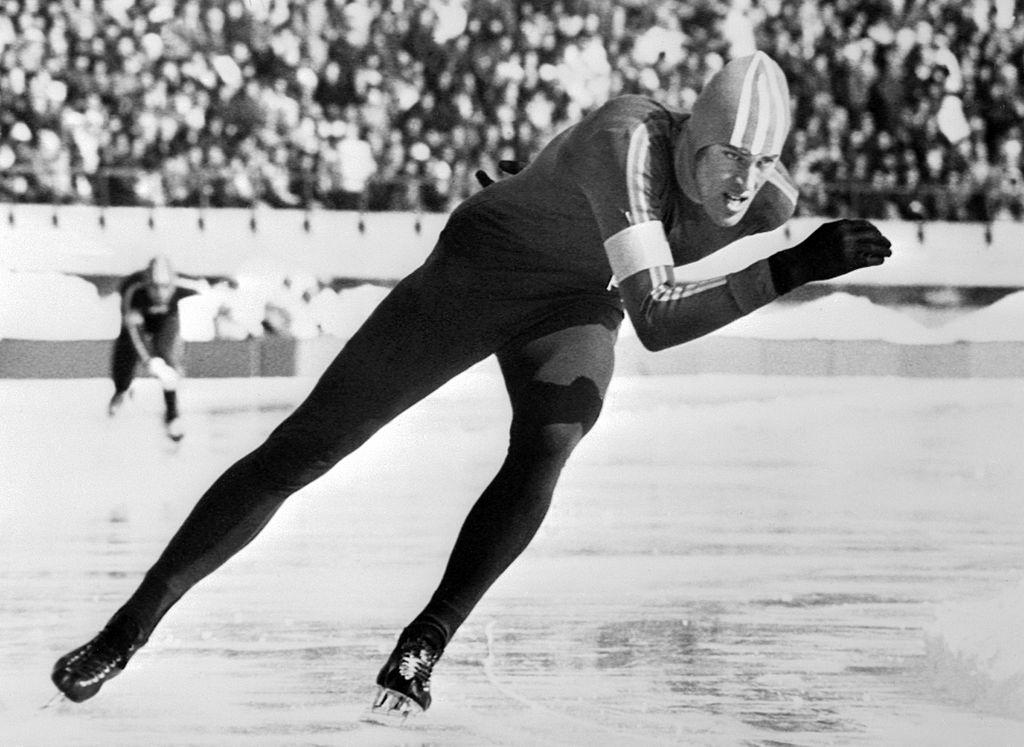 His opponent Sten Stensen (NOR) inspired Schenk to give it his best once more that season. “Stensen is a skater who is able to break my world record of course, so I did not want to give him a chance” Schenk explained after the race to newspaper NRC Handelsblad.

After the Inzell weekend, Schenk held all Speed Skating world records except the 500m one. He realized that being on top, was different that staying on top however, saying: “People always expect a lot from me. Actually I can only do worse from now on. I hope people understand.”

Yet, Schenk managed to defy the pressure for some seasons to come. In 1972, he conquered the world once more taking home three gold medals (1500m, 5000m, 10,000m) from the Olympic Winter Games in Sapporo (JPN).

Slower pace
Schenk was a trailblazer in many respects, but after his reign in the early seventies, three technical developments accelerated Speed Skating even further: the first skinsuit introduced by Swiss Franz Krienbühl in 1974, the first indoor ice rinks in the 1980s and the introduction of the clap skate in the 1990s.